Lots and none I can mention.
Oh! there's this moment in April when....

Nothing.. Nada... Not even that moment in October when...

The revolution has begun, this is the next evolutionary leap in board game design. Gather a bunch of friends and settle yourself down for what will be a once in a lifetime experience not to be repeated. Its really, really, really very good.

Lets set aside for a moment the grinding of teeth and ridiculous caterwauling that has emerged since this game topped the BGG rankings as that’s a discussion for another time. Instead, let us ponder as to why it’s justifiably had this adoration lavished upon it and why it’s every bit as good as you might have been led to believe. 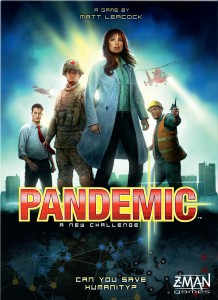 Pandemic is a fine game with a dynamic theme of that beleaguered CDC team battling global annihilation by way of a sneeze; it’s at heart an ever evolving puzzle with an unforgiving, mean streak designed to kill you. I’ve played it many times but it’s one I’ll now only break out for new groups or those fresh to the hobby, it’s a great introduction to muggles as to how modern board gaming has evolved.

Legacy, the brainchild of Rob Daviau introduced in Risk Legacy, is to me a lightning bolt into the heart of our hobby. Legacy’s mojo is to add permanence to our games; typically we play a board game, and then it returns to the shelf waiting to delight us again the same faithful hound. Legacy is a different animal, it remembers rewarding or punishing every wrong-footed move or inspired choice that you make, if you treat it badly then yes you’d best have the ill-tempered mutt put down before it bites a child but then that’s your doing.

Risk Legacy was the baby steps that would lead us to Pandemic Legacy and what Daviau has done is take Matt Leacock’s fiendish puzzle and layered it with a pulse pounding and white-knuckle story straight out of a Hollywood blockbuster. 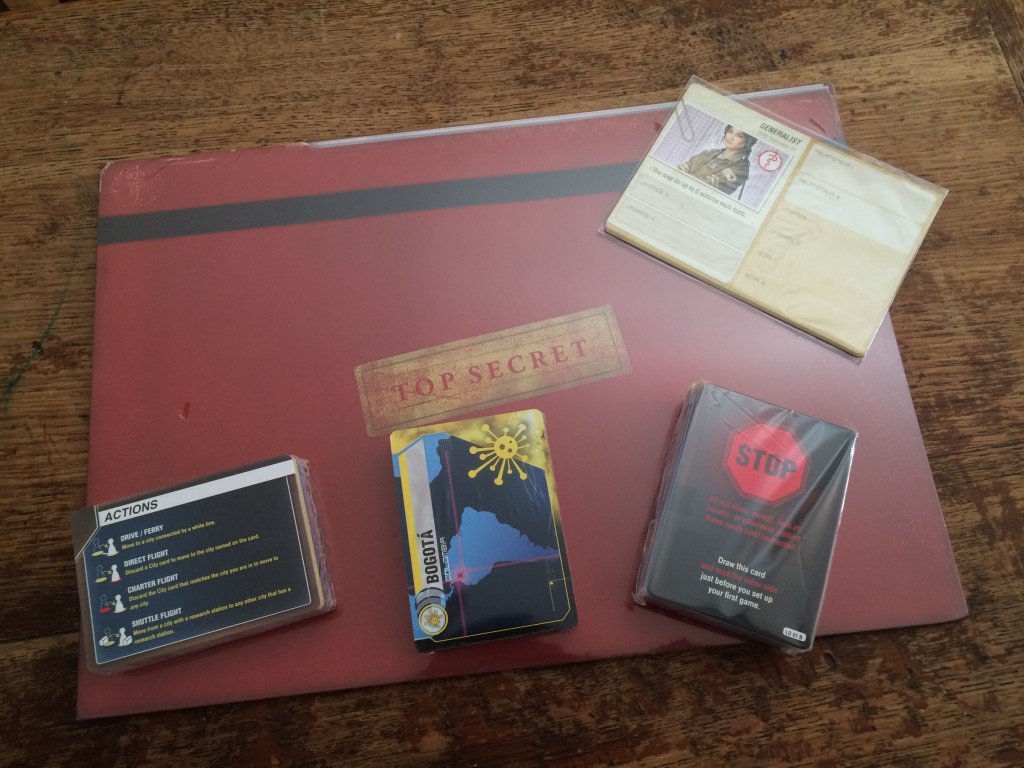 Whereas Risk was a marvelous scattershot of crazy comic book surprises and outlandish goodies now, Rob has refined the Legacy system by way of the Legacy deck, a skeleton from which he hangs a riveting narrative that reacts to our choices. It’s this addition that cements Legacy as something to become justifiably excited about meshing as it does the worlds of tabletop and RPG with such sleight of hand as to make Ricky Jay envious. 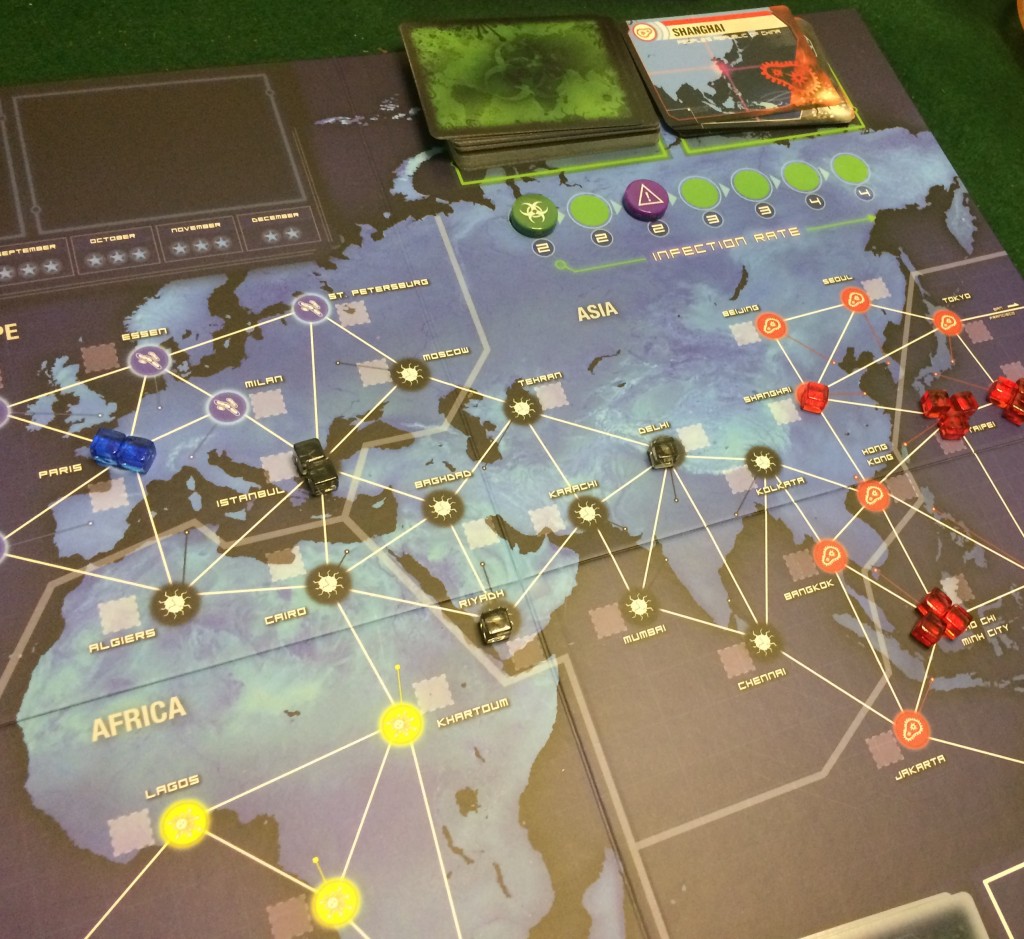 Yes, you will sticker your board and be called upon to destroy a card or two but that’s, not the game, it’s not meanness for meanness sake those are tools in Legacy’s arsenal, it needs you to make that leap of faith and trust in it. If you can give yourself over to Legacy, then you will have a unique and wonderful experience, it’s a thrilling ride that can only be accomplished by making us carry out this sadomasochistic molestation of our beloved board game. In truth, it’s quite cathartic and once you start to encounter the repercussions of your decisions and what they mean for your world and its story its unlike any other game you will play, your experience will be uniquely yours and yours alone. 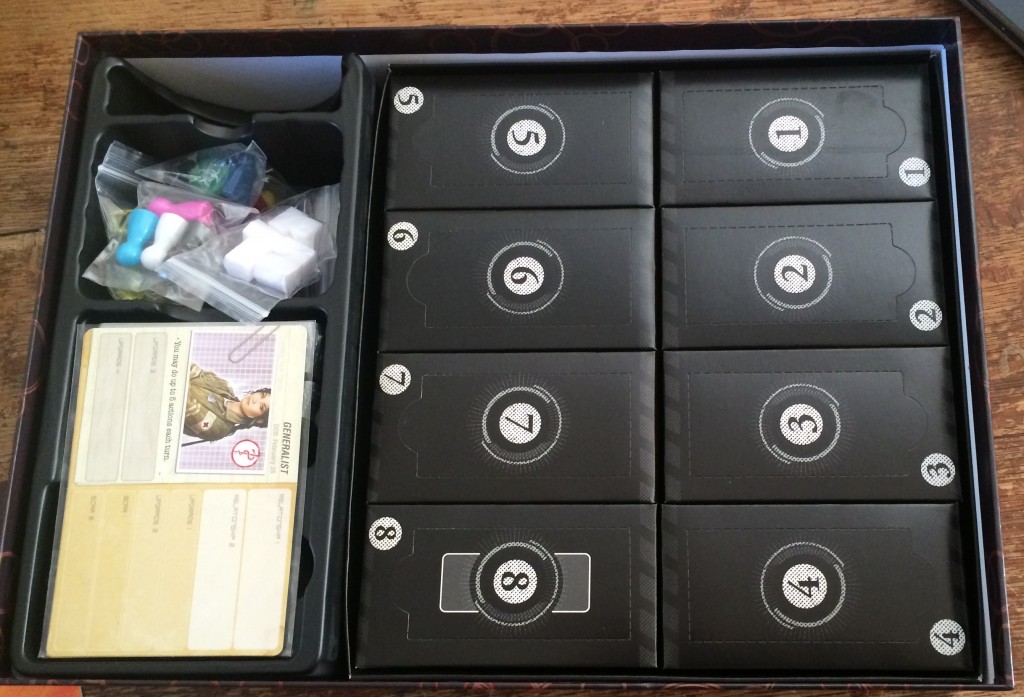 To dive into the story or even tiptoe around spoilers is to destroy the journey that this game rewards you, suffice to say story is king here. And it’s a beautifully crafted one at that, Daviau has said his intent was with the game to mirror a season of a TV show and it does with betrayals and cliffhangers in abundance and plot twists that payoff after a slow cigarette burn that are hidden in plain sight.
Your characters will grow in skills and abilities but also can become scarred gathering psychological baggage like a porter at the airport. These impediments will have far reaching repercussions down the road, they may even become lost overcome by the horrors they are witnessing.

There’s so much to say and yet so little I can.

My only disappointment with Pandemic Legacy was that as you battle through the months, overcome its trials and tribulations you know it will end there is a finale to this story and to the game. But what a story and what a game and, at least, we always have Season 2?