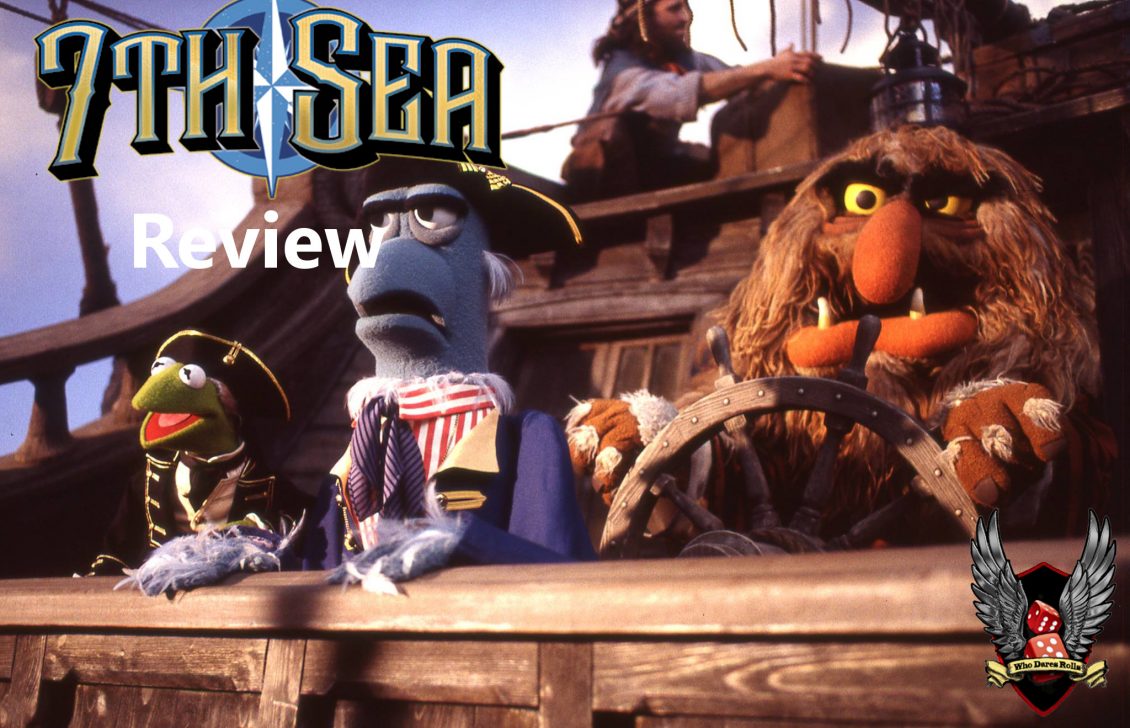 Have you ever wanted to be a pirate? If not, why not? What about a swashbuckling hero along the lines of Inigo Montoya, Guybrush Threepwood or the Musketeers of Dumas’ stories? Or maybe you want to run a game, stranding a bunch of heroes on an island filled with wonders, horrors and buried treasure?

I have found and run such a game. Behold my glorious map! 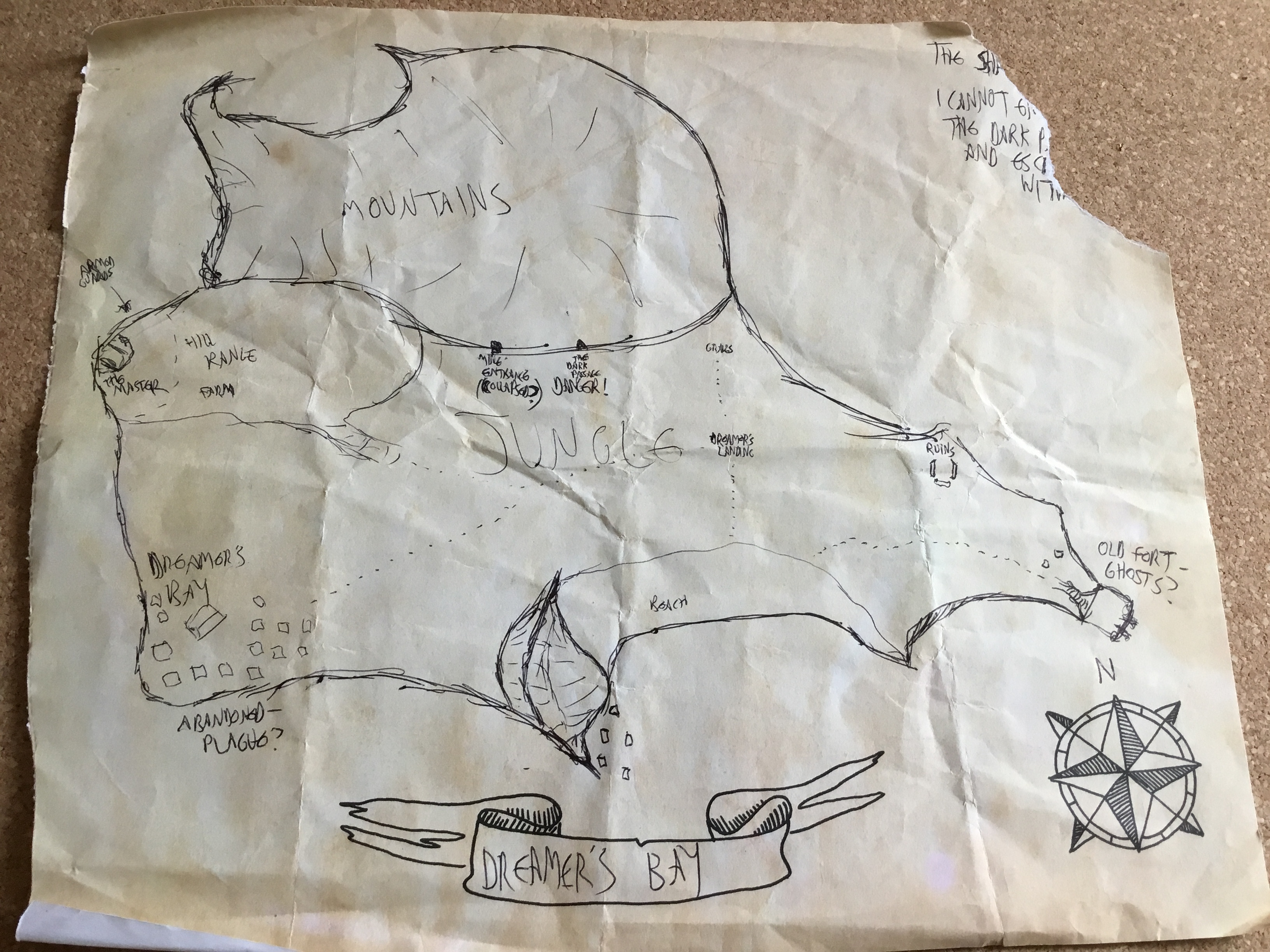 7th Sea is a role-playing game about living out those swashbuckling fantasies in an impressively-realised fictional 17th century Europe. Each nation is a mirror of Europe at their most swashbuckling (often fictional) points, wielded together with dark magics, secret societies and duelling schools.

Just as a point of note, I have talked about 7th Sea here. I was a player in a game and published a few Actual Play reports here on the site. I ran out of steam, took a while to write the others and they remain unpublished at the moment as I wasn’t sure if anyone would want them. If you do, let me know in the comments.

You play a character from one of the nations of Théah and build them up with a pair of backgrounds. This loads you up with some skills, special abilities and quirks. From there, you put points in traits and skills, like most traditional RPGs, adding to what you received from your nation and background. You get a couple of other things and you’re ready to go. All of these aspects load up your character with defining qualities, a brief history and ways to act up in return for bonuses.

This is what a finished character sheet will look like, after a few weeks of play. 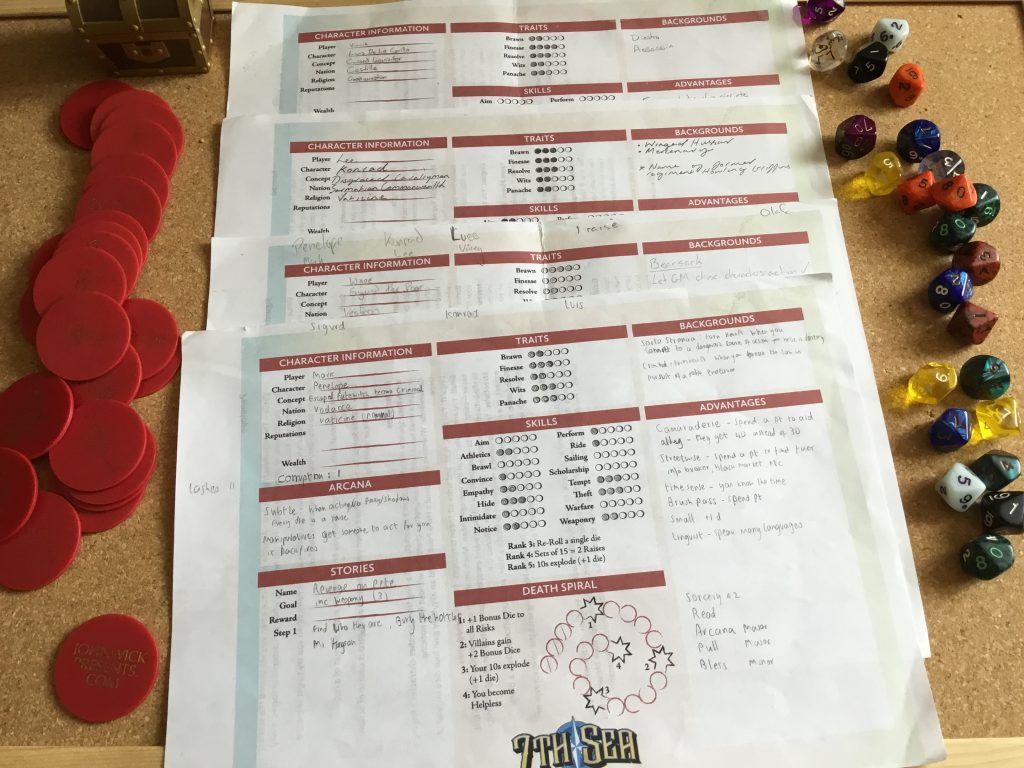 The dice resolution has changed from the original 7th Sea system and more standard skill rolls, being replaced with ‘Risks’. Gather up dice for traits, skills, advantages, but also add an extra die if you are using the skill for the first time in a scene and another one if you narrate what you’re doing. These last two bonuses are ‘flair’, rewards for diversifying actions and a bare minimum level of storytelling. You roll all of the dice and clump them together in groups of the number ten. These are Raises, which allow you to do the thing you want and mitigate another other Consequences of taking the action. You can also take Opportunities, which are bonuses created by the Game Master (GM) or by players.

The players were in a Castillian University being besieged by The Inquisition. Students were panicking and teachers were drinking the last of their booze, aware that they’d probably all be tortured and murdered by inquisitors.

One of the group, Sigurd, stood on a table and started bellowing at them, in order to calm things down. The goal was to draw people’s attention, so he’d use Brawn and Intimidation, with the following things to spend raises on:

Konrad was planting explosives outside, so the raises for his rolls were:

The game designer, John Wick (not that one) is a veteran of both the traditional types of role-playing games and newer, more narrative-driven games. It really shows in the way the players roll Risks and how characters progress throughout the game.

Scenes are broken into three types of system, which took a little while for my group to entirely understand. They work as follows:

Action Scenes – This is the replacement for combat. It could be a fight, a chase, any kind of action sequence. Everyone who wants to get involved announces what they do, roll their dice and then whoever’s got the most raises goes first, spending theirs. Then the next highest and so on. If you need another round, then roll again once everyone’s gone.

Dramatic Scenes – I love dramatic scenes. You don’t always need to zoom in and have an action scene. If you’re travelling through spooky mines, infiltrating a palace or sailing across the ocean you can use a dramatic scene. Everyone announces how they’re approaching the scene and the GM will narrate you through the scene, offering up opportunities for raises. An example might be raises to knock out guards at a gate; or finding enough food for everyone when stranded on an island. 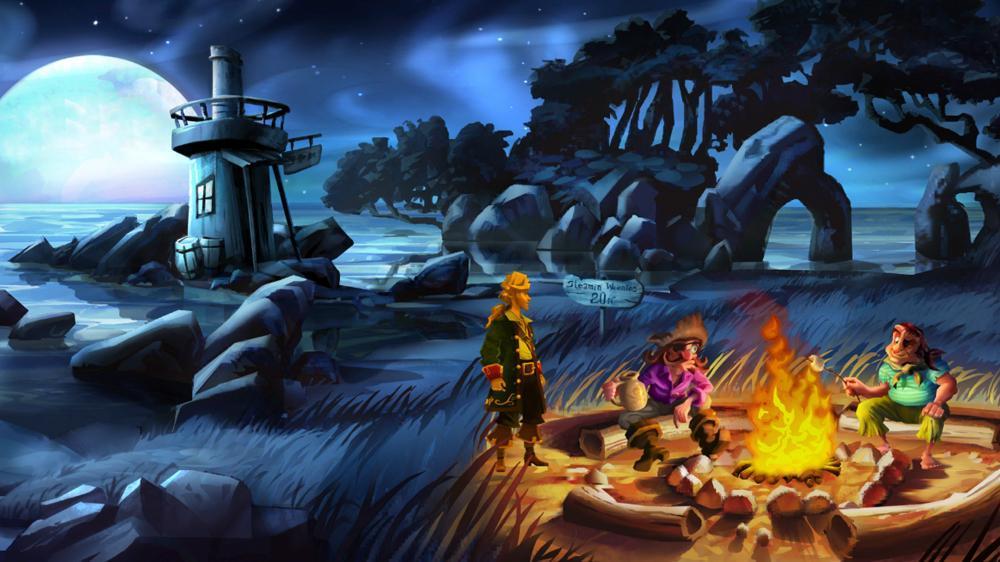 The GM makes a main story with narrative steps which the players will progress through, earning them advancements or changes to their stats. You might get stronger, acquire great riches, redefine your negative traits and so on. The players all make their characters’ personal stories as well. You start out with your first step and the reward you’re aiming towards, then make the next step when you hit the first one. This is a great idea as a replacement for experience points, although having been a player twice and a GM once, I’ve seen a lot of players struggle with the concept.

Another concept 7th Sea uses is an asymmetrical point-based currency; Hero Points and Danger Points. Hero Points are the players’ and they can power advantages or add dice to Risks. Inspired by his older Shotgun Diaries, you add one extra die when spending a Hero Point on your own Risk or three if you spend it on someone else’s. This encourages everyone to work together as they go and puts them in danger if they’re alone. Danger Points are best kept vague to the players, as you earn them by giving Hero Points to them for unused dice in a Risk. This creates a moment of tension as they eye up their dwindling resources and whether it’s worth arming the GM now in return for more Hero Points. 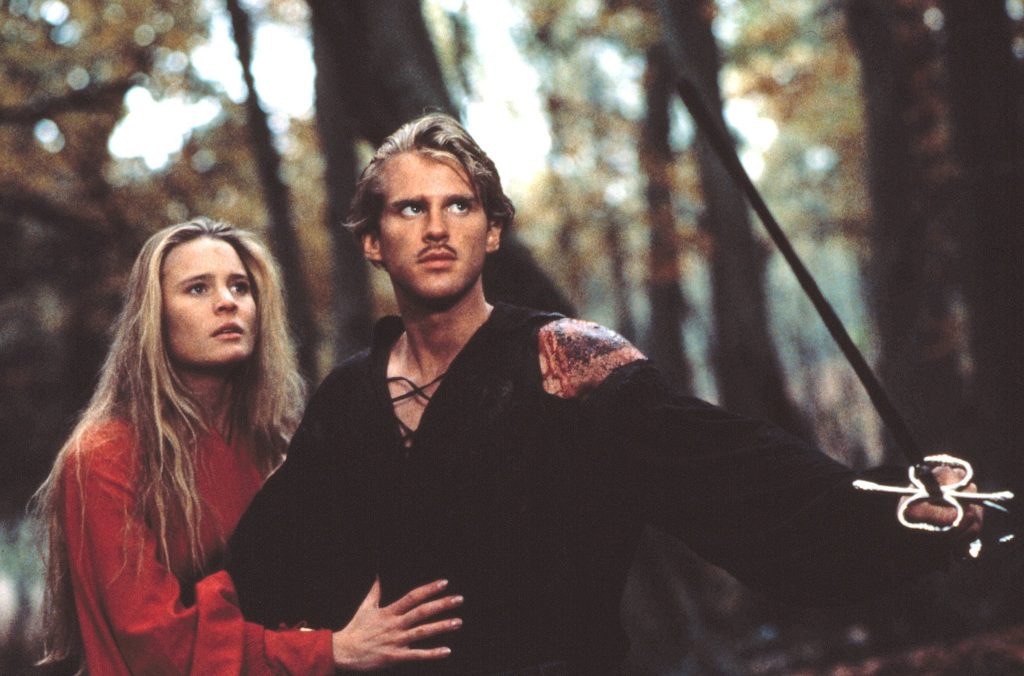 I’ve thrown a lot of ideas at you for 7th Sea and what it entails. It’s a tricky system, especially for people either new to roleplaying or if you’ve only played lighter games (like I had prior to this). If you like swashbuckling adventures and heroic characters, this is definitely the best system and a real upgrade from First Edition.

There are some fantastic resources which would allow you to play the game for free as a test, or simply to read more about the world.

There was a demo during the 7th Sea Kickstarter, which I covered before in a two part preview found here and here.

These days there’s a newer demo for the upcoming 7th Sea: Khitai, which is another core version focused on The East. It has a few key differences and I’ll cover that in a separate review once I end up running it. The demo can be found here

There are three small books which have been released for free to allow people all the information they need to start playing the game. These are amazing and while I’ve got all the published books in the game so far, I’ve handed these out to my players to give them an insight into the world and rules. I love that 7th Sea has done this, as setting-heavy games really need something so more than just the GM buys into it. The free books can be downloaded here

I’ve used great bookmark-sized player references to remind people how to play, designed by Bert Garcia and then rejigged by Tom Harrison. It can be found here.

I’ve covered the Explorer’s Society before and there are some useful resources listed there, but new content is made all the time. The ones I found really handy in my game were Brutes, which gives you more types of brute squad to use and the 7th Sea Character Creation Index, which is helpful for finding player options in all printed books.

I’ve given you the weapons you need, now all that’s left are some d10’s, some tokens and brave souls willing to sail the seas!