by Charlie Etheridge-Nunn on September 7, 2018 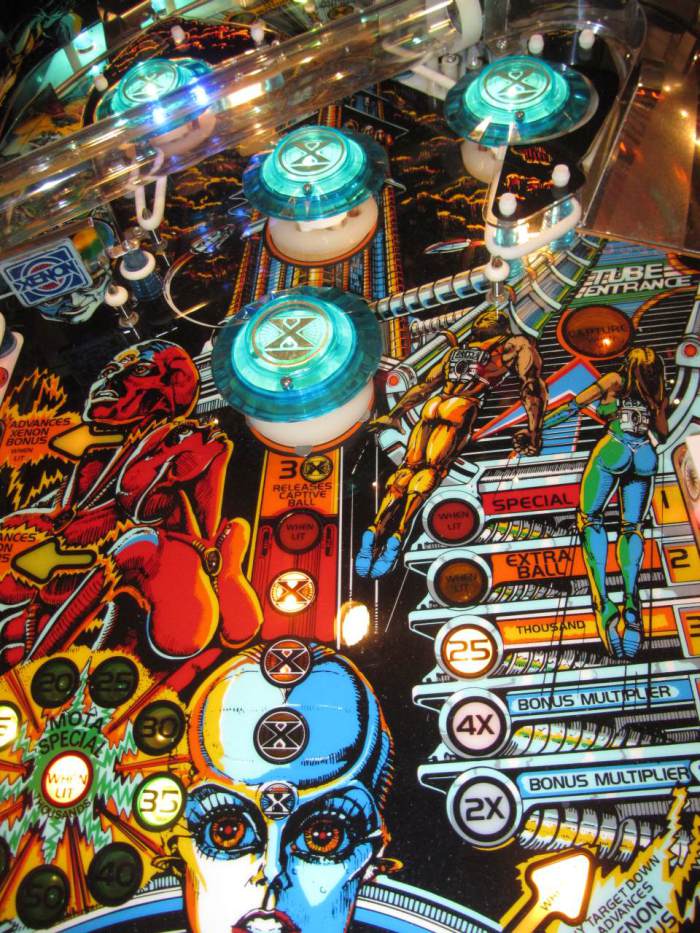 I like pinball. It’s not my favourite thing in the world, but I’ve a few pinball style games on my Switch and Xbox One which kill time in a fun way for a little while. There’s something quite satisfying about trying to light up different bits of incomprehensible boards and opening up hidden sections.

Robin Gibson has scaled all that down to a single piece of paper, less, if you don’t count the scoring section. At the time of this review there are three tables; Laser Sisters, Wolf Hackers and Sherwood 2146, the latter of which was added to the purchase in August. 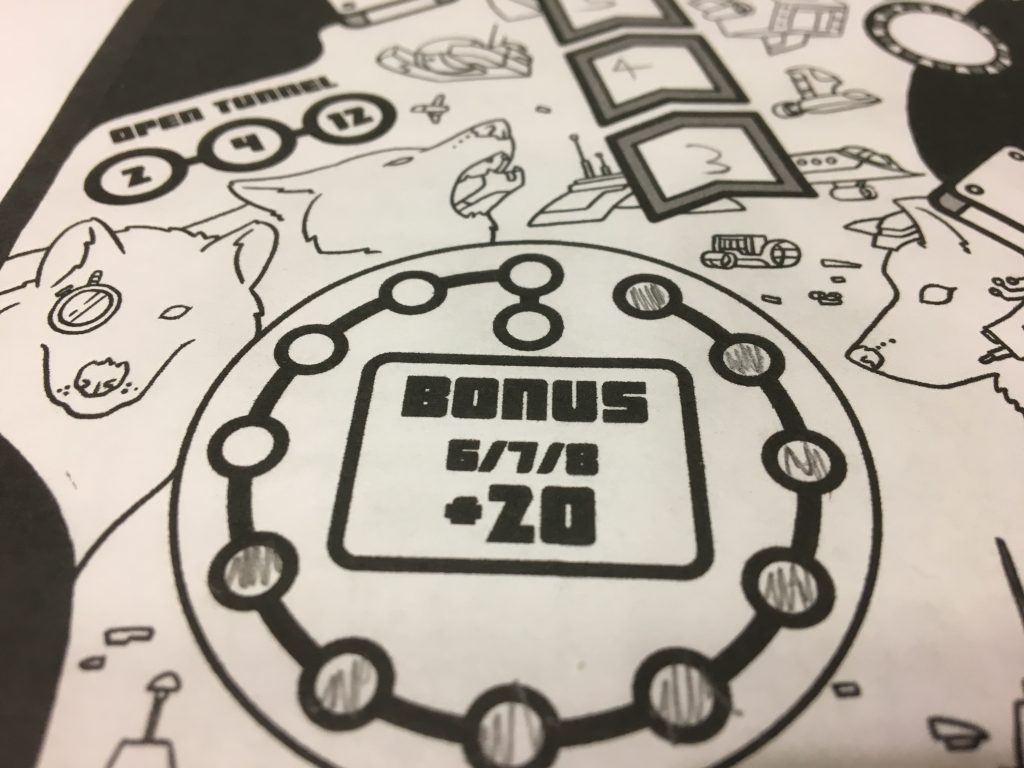 Each table adds a different rule, but the basics are the same. You roll 2d6 and have to write down the result somewhere. Every part of the board has different rules about what you can place there. Targets require specific numbers and unlock something when they’re all full. Ramps need multiple numbers, each of which have to be larger than the last. Bumpers can’t have number which are already on bumpers and tunnels need to be opened before you can place a double on them. Sherwood lets you ‘tilt’ the table, Laser Sisters lets you split results to hit two locations and Wolf Hackers has a central scoring point which bumps up with each 6, 7 or 8. These are small, but lend a different style to each of the tables. 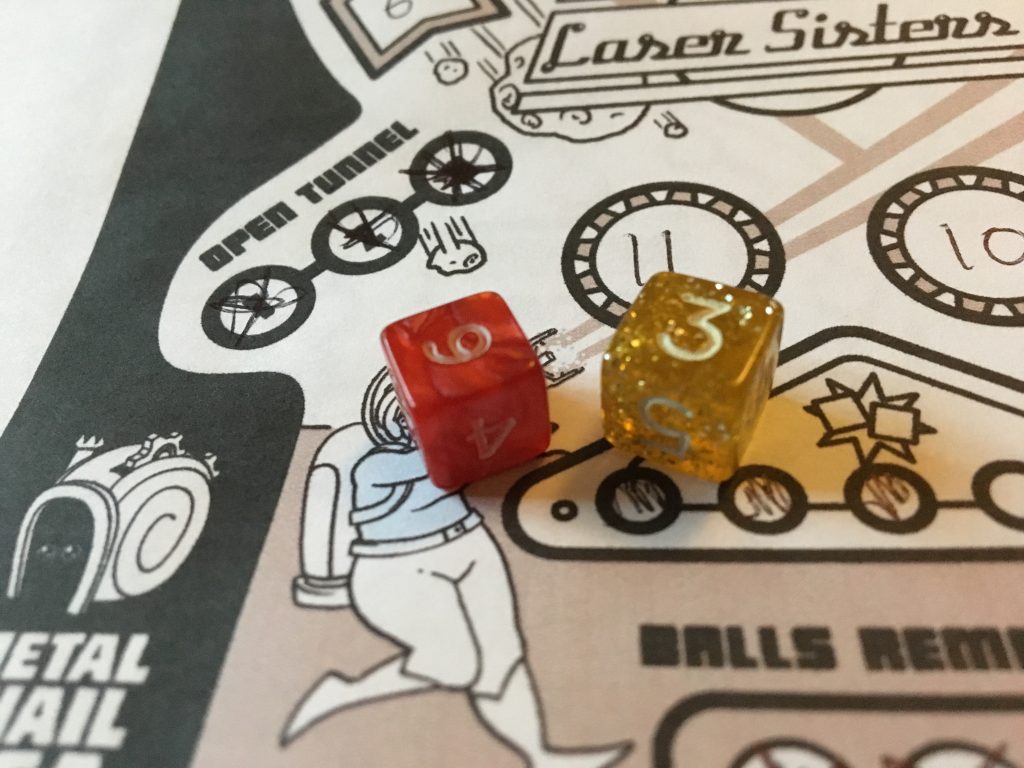 I’ve not tried a roll & write game before and I wasn’t convinced by a lot of the extremely theme-less ones. I’d rather have a game with a weird theme and something prettier than a grid on a pad. Paper Pinball looks nice. It looks like it should be coloured in, really. I played my first couple of games over a lunch break and botched the Sherwood map something fierce with all the tilting and really bad luck. My most recent game was on my favourite map, Wolf Hackers. It was the first time I’ve actually completed a game with balls to spare (insert joke from Mike here).

This is an incredibly cute game, really portable and like my playing of console pinball games, it’s a great way of occupying a little bit of your time. You can pick them up at whatever price you want on metalsnail’s itch.io site, here.

My current high scores are: