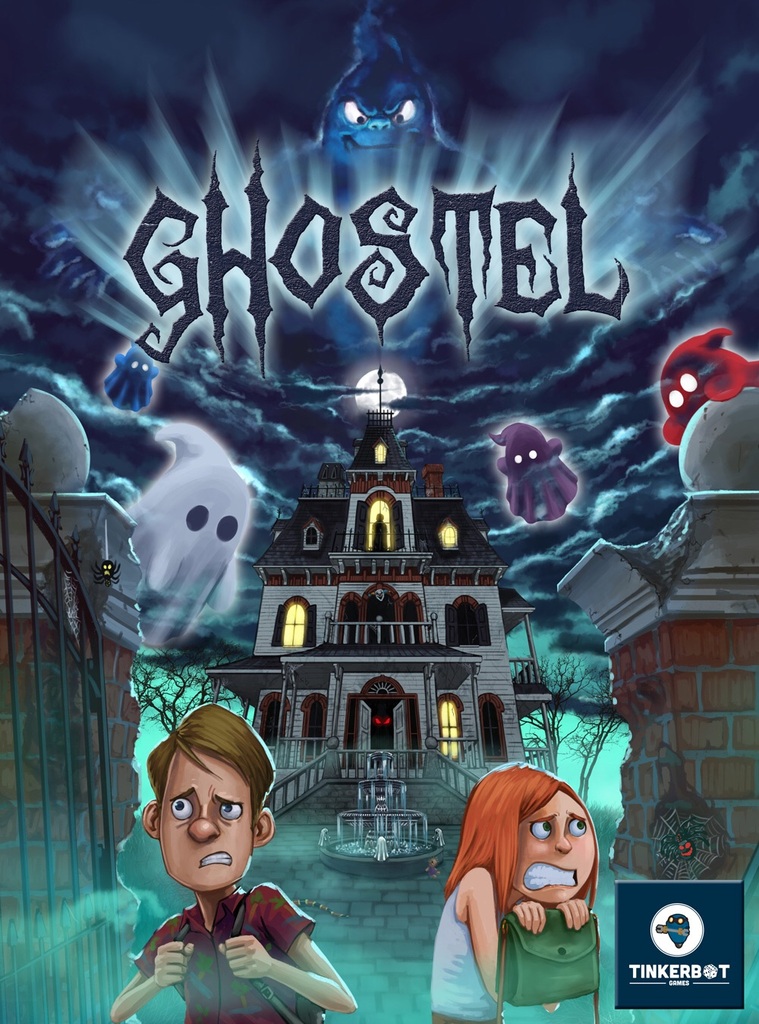 This is just a really really cracking little game and deserves a place in any sensible players collection. It effortlessly manages to be both family friendly and gamer's game and the incredible art and components just land a slam dunk. Just go and grab a copy already.

Back in the heady days of early 2016, we published a review for Tinkerbot Games Kickstarter project Ghostel. Well here we are in the fresh new car smelling 2017 and don’t you know it but the finished game has materialised on my door mat. So this seems the perfect time to go take another look at this fun little game and see how it turned out.

To avoid repeating myself from that original review and thanks to the wonders of the internet you can be transported back to that bygone age by just clicking HERE. Have you done it yet? No. Well, look off you trot because that’s going to tell you what a fun little jaunt that preproduction version was, and then you can come back here and we’ll look at how it all grew up. 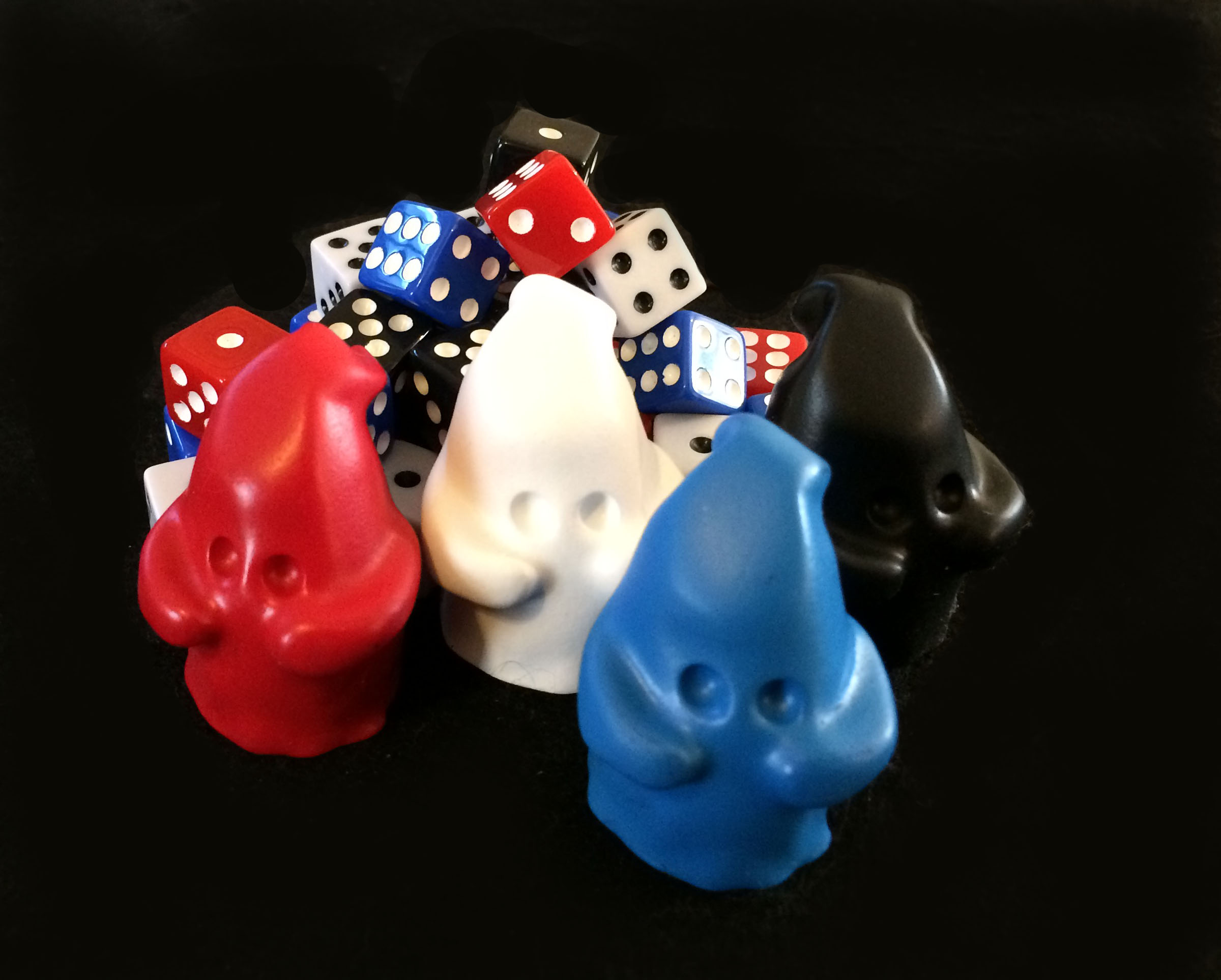 Wow! So that prototype was actually pretty damn fine as it was but I have to applaud the Tinkerbots on knocking the production quality out of the park on the final version. The card stock and tokens are solid and those cute little ghosts that we fell in love with are fantastic the colours really pop and they have a real heft to them. If you’re losing the game you could easily bludgeon an opponent unconscious with one (not that we are in any way suggesting you should beat people with game components but if you wanted to, well these would do the job) and they just look really cool on the board. 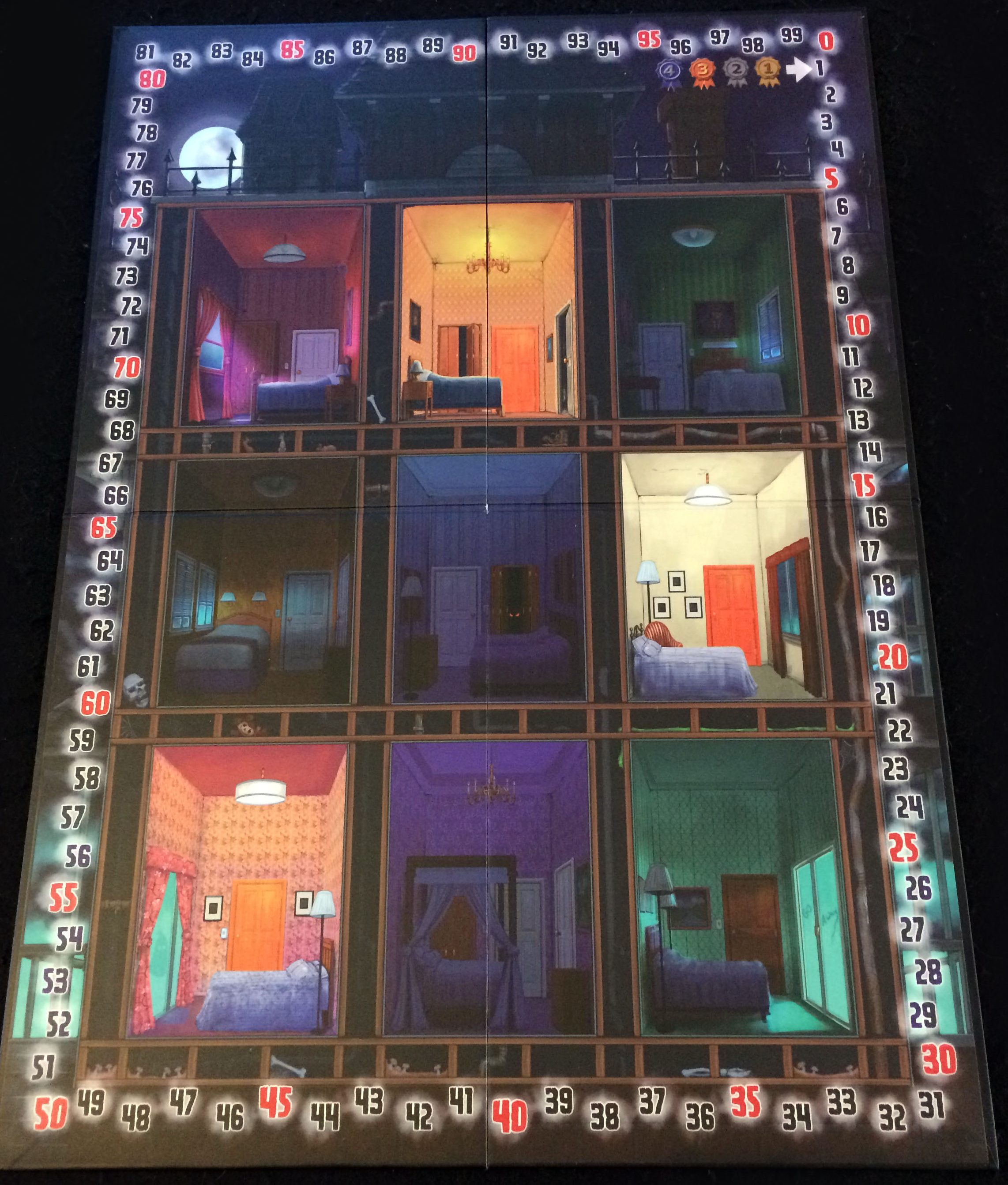 And that board now with all the finished art for the rooms just sells that theme of the creaky old mansion and it looks just damn handsome on a table. 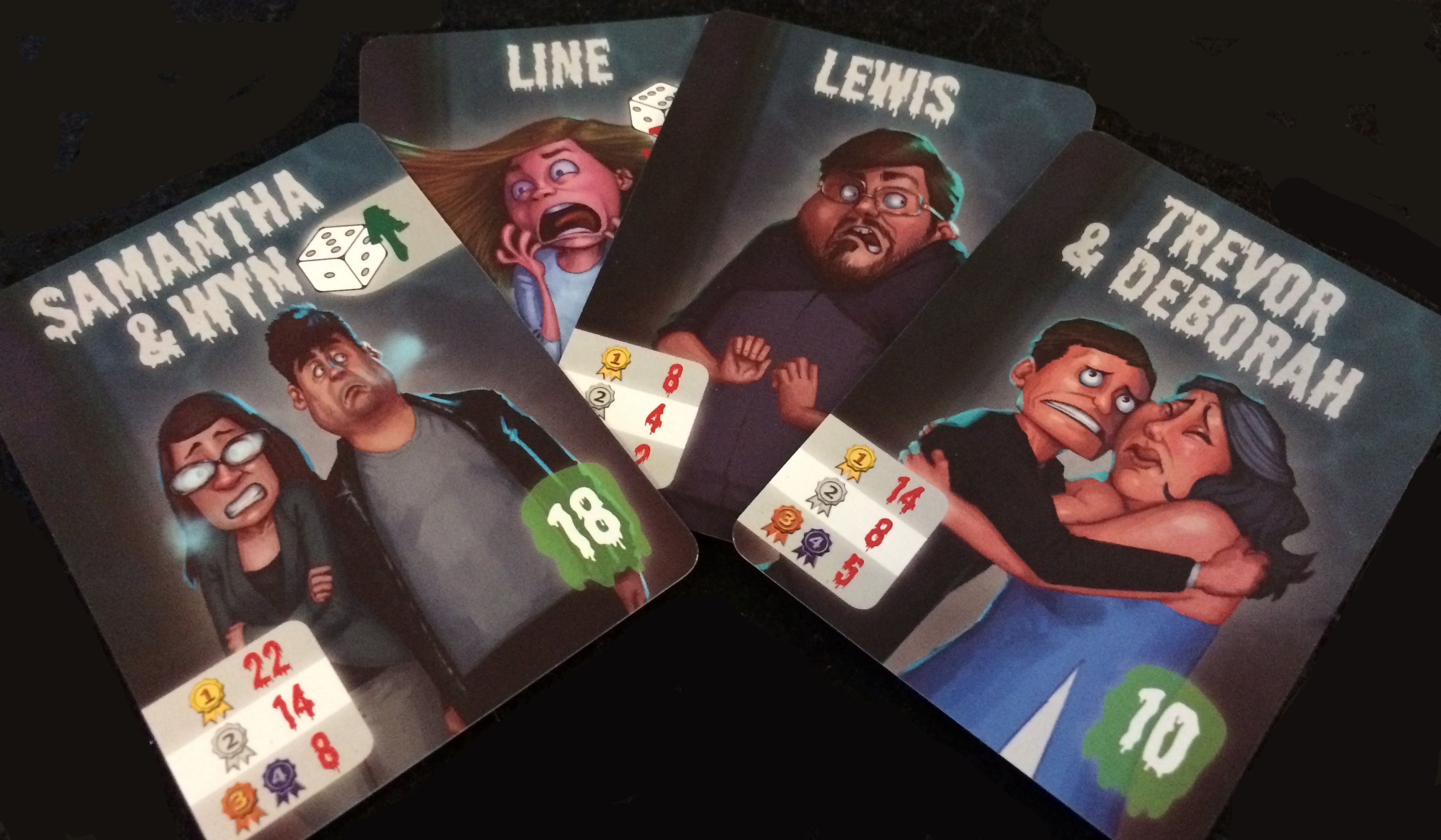 And speaking of the art, one of the standouts from the preview was those amazing illustrations on the guest cards and the completed versions don’t disappoint. Featuring a host of backers portraits this is a rare occurrence that a dreaded Kickstarter gimmick usually guaranteed to draw you out of a game actually works in its favour. All of them are fantastically realised by the amazing art of Tyler Johnson with each just oozing character, this is some of the best art to hit my table in a long time and it adds immensely to the quirky charm of the game. 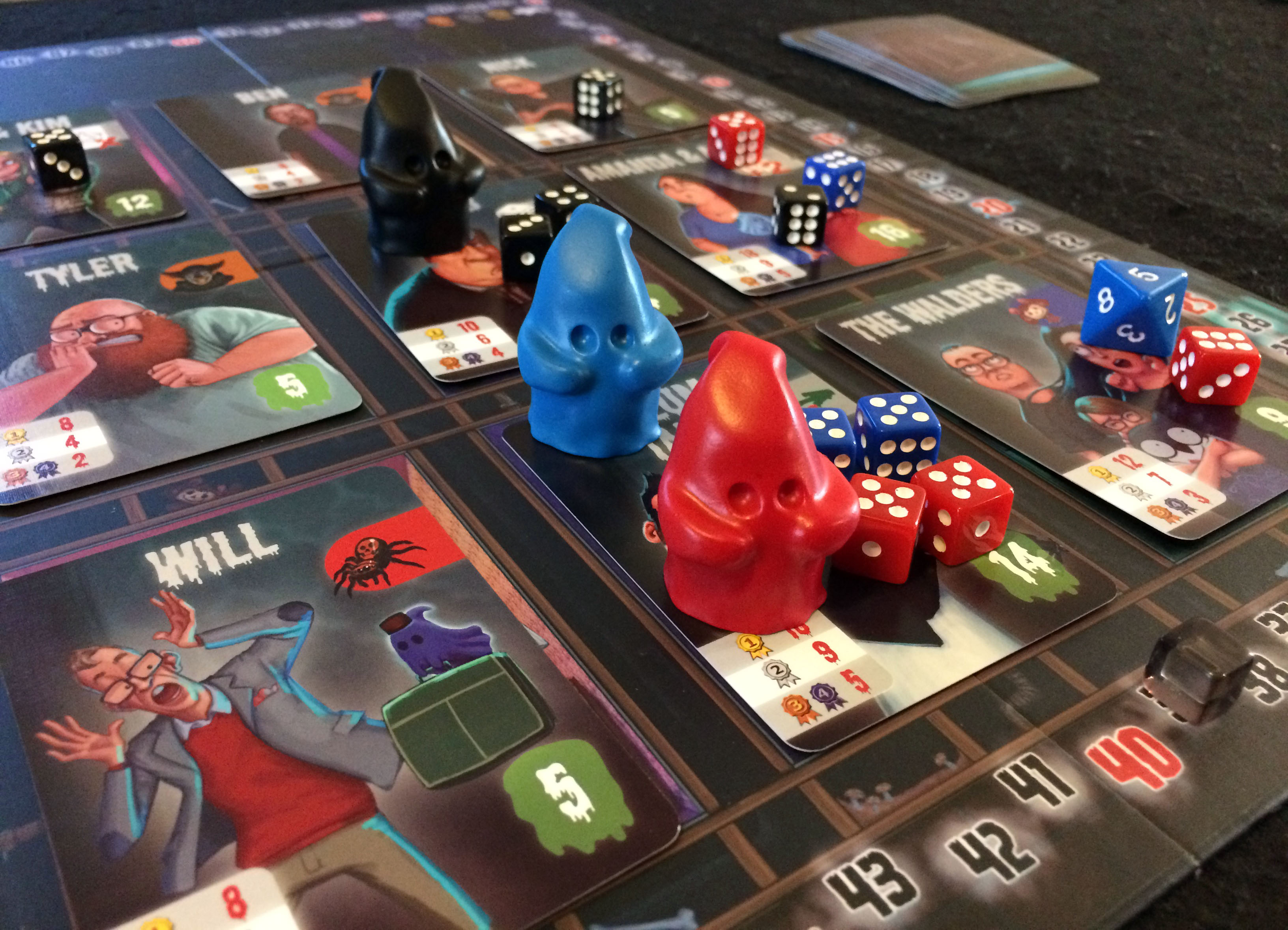 Gameplay wise very little has changed from the version I played, it worked and damn well at that and if it ain’t broke.
The main new inclusion is the Creepy Cultists expansion that was unlocked during the funding. This adds ten new guests to the roster that can be exchanged with some from the base set or just added to the deck. They come with a cultist icon and when in play whoever scores the lowest points when the guest is scared can take a random cultist token. These tokens can be exchanged to draw cards, gain points or change a dice to a six. What this does do is offer some interesting new wrinkles, it works as a catch up mechanic of sorts for players struggling to get the big scares but more importantly it’s a huge bonus to bad rolls, that one pip on a dice now can net you a token if you drop it on a guest that’s about to pop. It’s a great little inclusion is completely modular so you don’t ever have to include if you don’t want to but as with the original game, this is a clever subtle little tweak that offers quite a few tactical possibilities and I look forward to digging into just how this mixes up the fun. 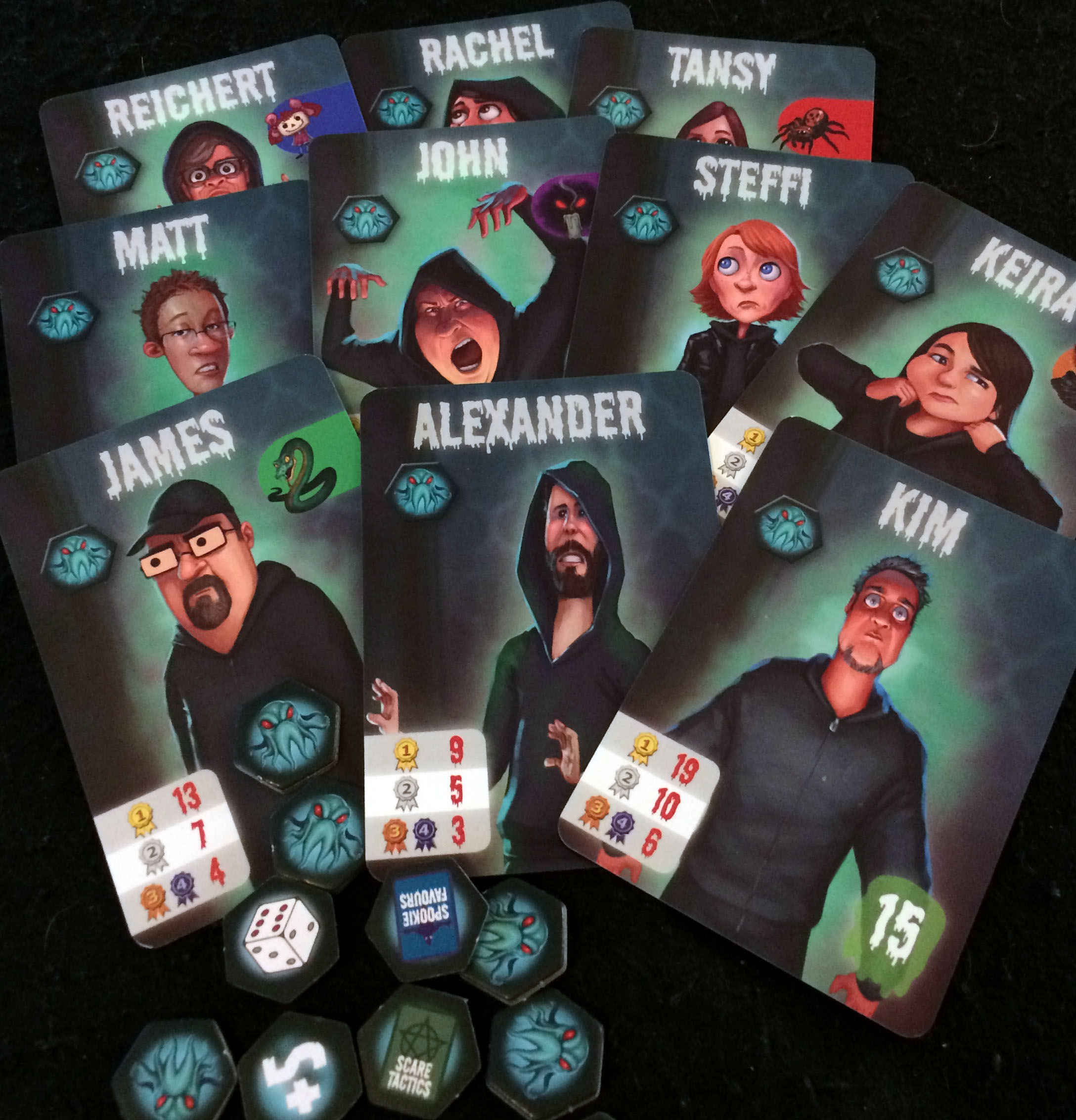 And that’s Ghostel. I’m stoked to finally have my hands back on this as it was one that was most requested to come back to the table but I’d had to send my review copy on so I’ve been counting the days to the arrival of the published version. I stand by all my original thoughts on the game, its a brilliant bit of fun and now looks as good as it played. I strongly urge you to seek it out and grab a copy