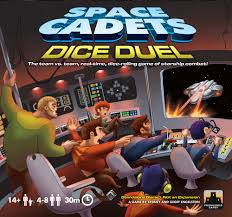 This one is a lot of fun. Manages to dilute down the clunky original Space Cadets into a lean manic espresso hit of crazy.
Be warned it will leave you drained at the end but with some stories to tell.

Who hasn’t watched the Wrath Of Kahn and secretly wanted to be on the bridge of the Enterprise barking orders and dodging photon torpedo’s whilst trying to outwit a deranged captain and his crew as you slug it out in a battle of interstellar battleships. Of course you do, well now you can.

Space Cadets Dice Duel is the sibling to 2012’s Space Cadets, its a lot easier to set up and get playing and is essentially the same game but with less faffing, and more dice. In Dice Duel you and your team pilot a ship taking the roles of the officers required to keep the ship moving and fighting. 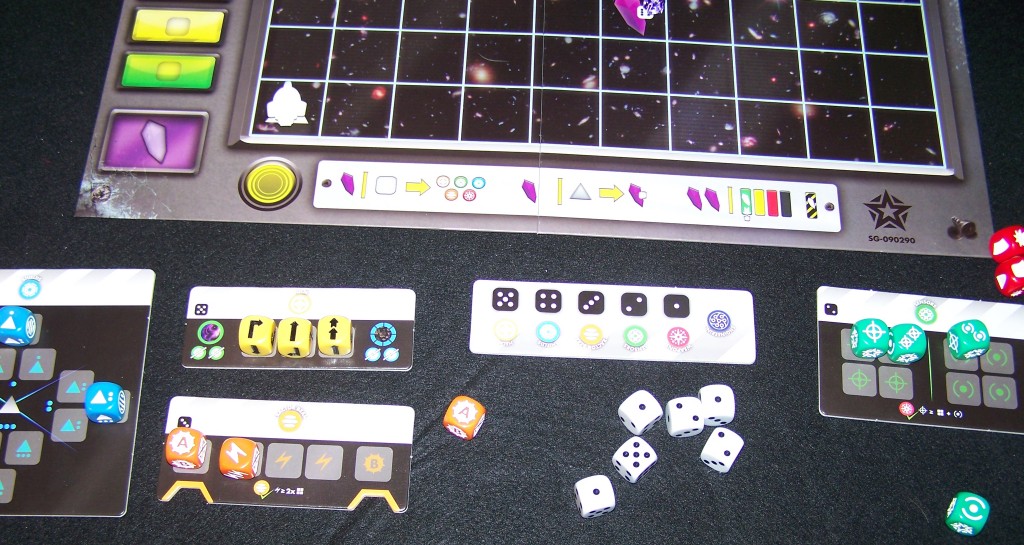 It works like this, every station has specific custom dice rolled and placed on that panel to activate its functions. So the weapons officer is frantically rolling dice to load torpedo’s whilst simultaneously rolling other dice to also get a lock on the target whilst also making sure that they have even more dice on the jamming sensors. Somebody else is going to be doing the same but with the dice that allows them to pilot the ship, and also placing shields around the ship. And whilst all of that is happening some poor sod is running the engineering station who is tasked with rolling the correct dice to supply the power to the guys above, as they scream at you to “Give them more power!”. Not forgetting while you are doing all of that, you also A have to actually have a plan, which involves steering the ship whilst avoiding mines and asteroid fields. And B there is another ship out there doing the same thing and they are trying to kill you. 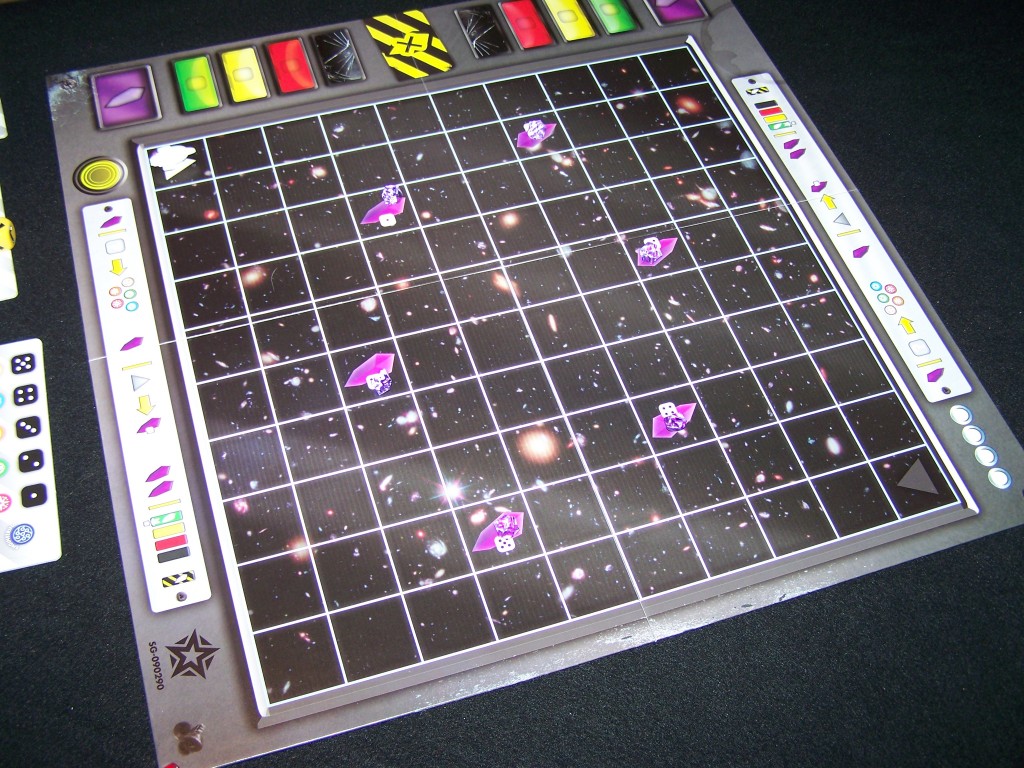 It’s a board Jim…

Stressed is probably an understatement.

Most games I’ve played have gone a very similar way. Everyone rolls like mad, head down desperately getting shields up and loading weapons. We then try and position ourselves somewhere near the enemy ship, which has been usually doing the same thing. An overzealous weapons officer screams fire torpedoes and then notices that the enemy captain has somehow got his full shields up and is jamming us and that we loaded the torpedoes in the rear ports so we’ve effectively just blown up the small M class planet behind us. hmmm. 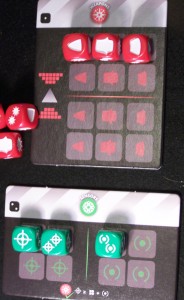 Ah the weapons officer has finally managed to actually load a torpedo in the correct direction… What do you mean they moved?

Oh and now we are a sitting duck. Panic! well more panic.

This is not a serene game, definitely not something to be savored like a warm mug of chamomile tea, no this is more an rowdy energy drink that comes with a small shouty man charged with punching you in the face every 5 minutes just to remind you he is there. This is a boardgame for adrenaline junkies, every moment is a mad dash to balance the constantly shifting parameters of what you are trying to do. But damn its fun.

There is a bunch of other stuff, like a tractor beam that you can use to wang your opponents into mines and nebula’s and some spiffy crystals that you can snatch to boost powers and repair stuff. Oh yes should have said that, once you’ve been shot four times its game over and every time you do take a hit you lose one of your energy dice to signify your slowly disintegrating spaceship. “She canae take nah more captain!”

This is a quick game and for once the estimated 30mins play time is accurate and makes this an excellent mid way game night refresher, it’ll certainly wake everyone up. If you are looking for a tactical recreation of starship combat then you’d probably best look elsewhere, if you love Escape or Space Alert then this is their ADHD suffering teenage love child.

All the bits in the box are great with some suitably chunky custom dice that roll very well (we tested them all) and simple but effective player boards. The rules must be applauded for being written in sensible English without the requirement of a mathematics degree or needing to cross reference them every five minutes. (trust me you won’t have time if you wanted to). And as my home group consists mostly of the mildly confused it was a relief to find something easy to set up and explain.

This is a light filler and works best with bigger groups and is an excellent party game, as long as you are aware of the frantic nature of whats about to come and don’t mind laughing at yourselves when you do something incredibly stupid then you’ll get a lot of joy from this. If your group consists of po-faced armchair strategists then you’d probably be better of with a nice game of Risk.