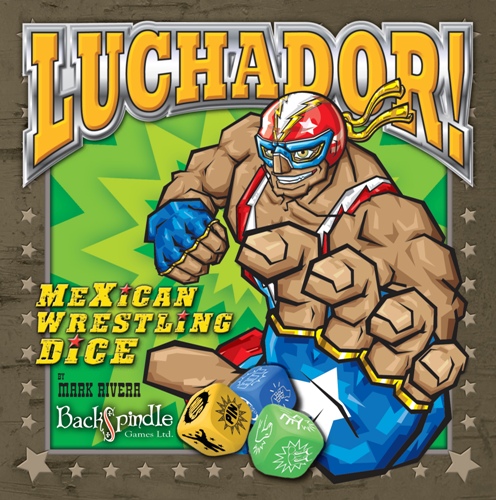 There is nothing not to love about this crazy little game. Huge audience participation levels, a joy to play. You should have one on you at all times.
Viva Luchador! 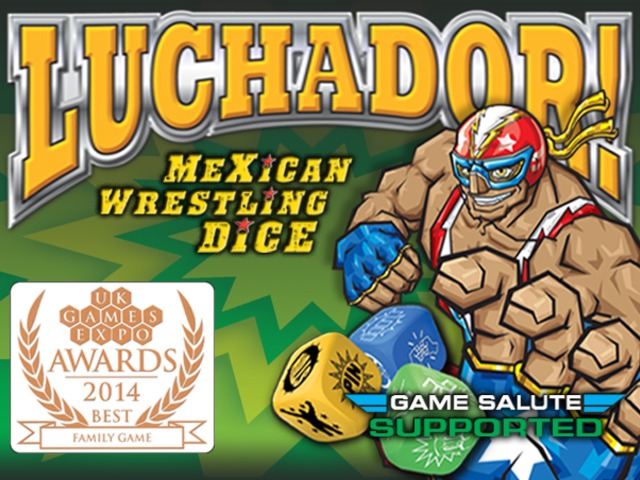 Luchador! And you really need to shout that in a terrible faux Mexican accent to seriously get into the spirit of this crazy as a box full of rabid weevils dice game. Is such a simple game, its one of those blindingly obvious ideas that you table slam yourself for the very obviousness of it, I mean Mexican Luchador wrestling and dice games duh! For such an out-there concept this is an incredibly neat and polished little game, anyone of any age can be taught it and body pinning an opponent within minutes.

Inside its tiny box you find everything you need to indulge in a spot of spontaneous high flying rope twanging body slamming mayhem. There’s the ring or if you want to be a boring berty the board, lots of custom wrestling dice and a cavalcade of colorful wrestlers for you to choose from. The object of the game is to roll your four custom wrestling dice simultaneously with your opponent, but be careful! Anything that tumbles out of the ring won’t count. Of course if you can tactically twang your opponents dice off with yours all the better.

The dice will either show a HIT, a BLOCK a COUNTER or a PIN, BLOCKS block a HIT, a COUNTER will convert an opponents HIT into one of yours and once you beaten down a wrestlers energy you can use the PIN to try and finish them in a tumble of desperate grapples and torn Lycra bodysuits.

Its fast and frantic fun and for full effect should be played with the gamer level turned up to 11, especially when pinning a wrestler where you are required to count them out as they have three frenzied attempts to wrestle themselves free of your hold.

They roll frantically trying to get three counters or blocks but fail.

A desperate attempt using the double supplex fandango twist and tuck ends in one block!

The dice hit the board at such velocity they bounce away landing in a nearby pint!!

OK yes there are deeper and far more tactical games out there, but c’mon this is a game called Luchador Mexican Wrestling Dice, what in the holy mother of acrobatic nun’s did you expect. This is just a little box jammed with a colorful heap of dicey fun. And you don’t have to take my word for it (but you should) the sensible world of game player types agree voting Luchador! the Best Family Game at the recent  UK Games Expo. 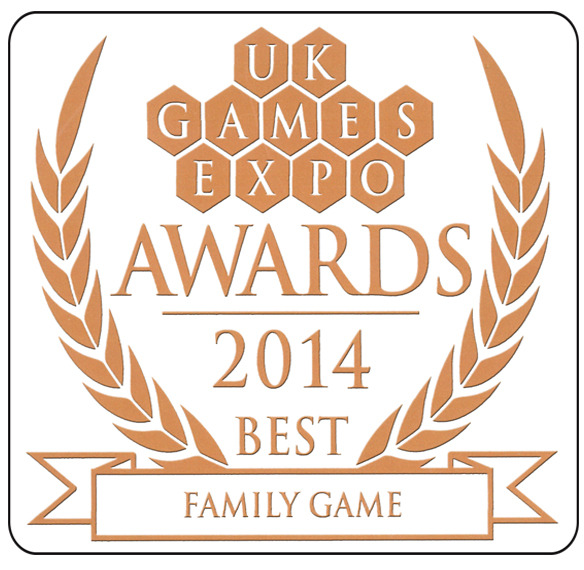 And you can get in on the fun right now! Luchador 2nd edition is on Kickstarter right now HERE its funded and onto stretch goals, and this new version includes a so cool its ice ice baby 3D ring and advanced rules for the wrestlers. So much fun, and I recently had a chance to chat about the game with Mark Rivera and his plans for this just made me want to tear my shirt off don my mask, and swank about a bit. Cage matches, grudge matches oh my! And the new wrestler abilities add a spicy salsa dollop of tactical oomph! 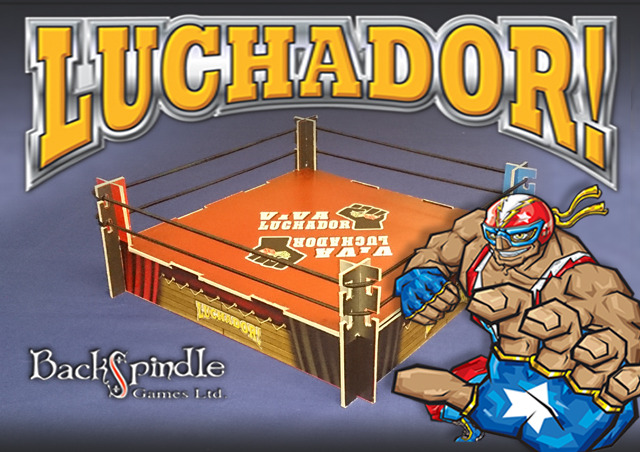