Judge Dredd The Board Game 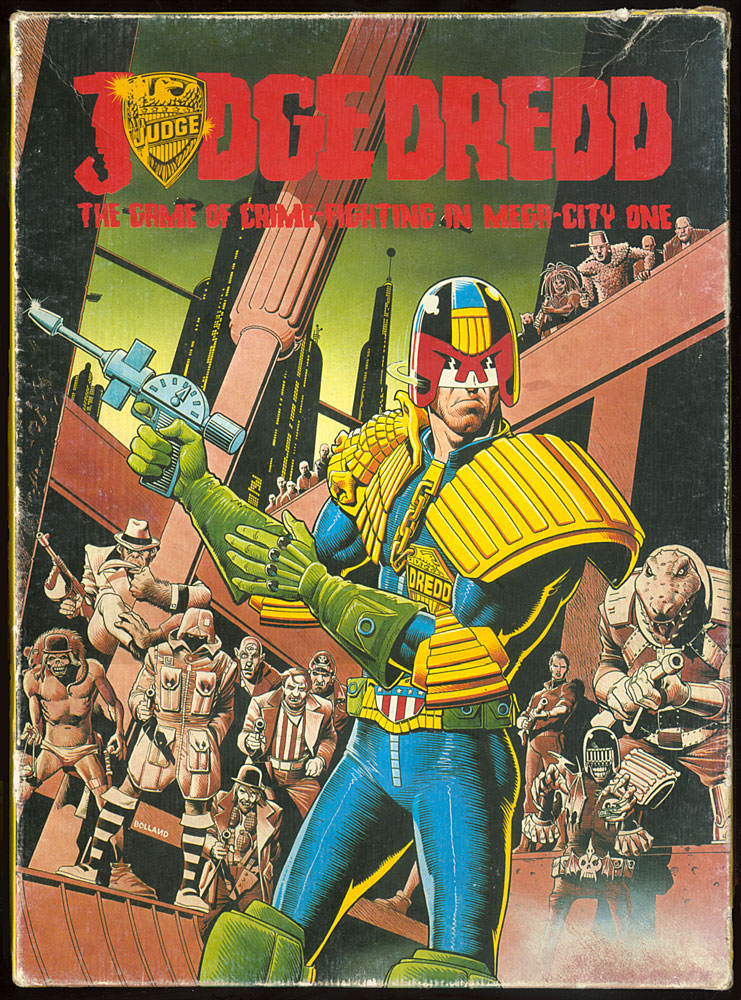 Its Judge Dredd in a board game! A rare commodity in these times and so instantly is much much cooler.

Very very OOP. I would only recommend picking this up if you can grab it at a reasonable price.

This is a zarjaz taste of some retro gaming joy and a call back to my childhood spent doing little else than reading the galaxies coolest comic book and playing classic games all weekend. I miss being that kid.

Judge Dredd is one of my earliest hobby game purchases from way back in 1982, it was the golden age of Games Workshop in the UK they had a blockbusting run of stone cold classics during that decade. There was Dungeon Quest, Rogue Trooper, Talisman, Chainsaw Warrior, Cosmic Encounter, Fury of Dracula, Warrior Knights and rounding out the decade with a team up with MB to put out Heroquest. This whole period of gaming history absorbed the next ten years or more of my hobby pound, and its reverberations are still rattling tables even now. 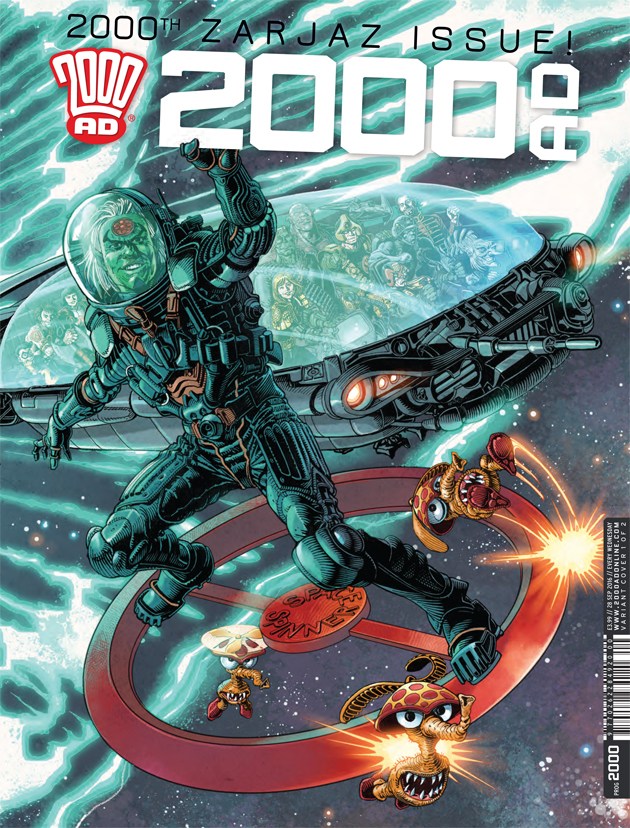 With the recent news of FFG and GW falling out and 2000 AD celebrating its 2,000th issue, I took a saunter down memory lane and plucked Judge Dredd from its dusty spot to revisit what I remember being a classic. So join me as we head back to the mean streets of Mega-City one and take down some perps. 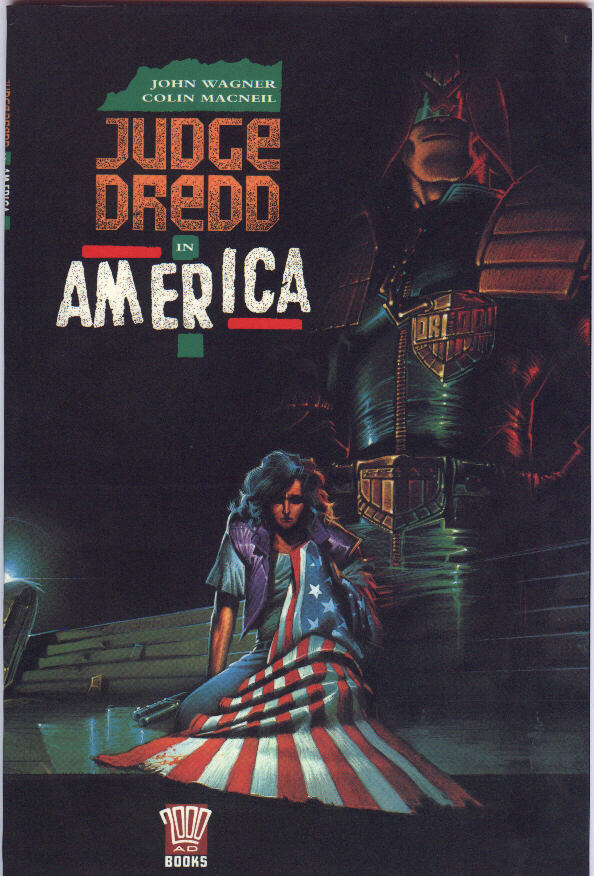 For those unfamiliar with ol’ stoneyface and his decades-spanning comics run in 2000 AD it’s a series that follows the exploits of futuristic lawmen ‘The Judges’ in the hyper-violent world of a quasi-fascist police force dealing its unique brand of justice to an insane and overpopulated future America. Initially a riff on Dirty Harry it blossomed into a series that has been both retardedly violent to some of the best comics produced. One such tale ‘America’ is a sobering and stunningly produced work that becomes more relevant with each passing year and I urge anyone who has never dipped their toe into this world to seek it out. I love Dredd; it’s a crime that he isn’t represented in more hobby board games (Upper Deck and Legendary I’m looking at you).

Right now we’re all caught up. To the game.

Designed by Ian Livingstone the UK’s patron saint of hobby gamer’s and he of the Fighting Fantasy books. Dredd the board game is quick and light bordering on almost filler territory and features some highly enjoyable chances to stick it to your friends.

The set up is simple the game is played across a board representing Mega City One (circa 1982 it’s since been devastated numerous times in the comics) and lovingly rendered by regular Dredd artist Ian Gibson. Scattered across the board are locations with six of these populated at the beginning of the game with a random crime and unknown perp.

Each player then gets six action cards, and we’re off.

On a players turn, they can move up to two adjacent spaces and play any action cards they want.

And speaking of action cards lets dig into these. Featuring B&W art from across the comics these have two uses the top half breaks down into things like adding more combat points to your rolls, which become relevant when attempting to arrest a perp which we’re get into in a minute. Helping you move about the board or the most fun dicking with the other players. Barney Cards representing the city hall computer can force your fellow judges to other locations; there are cards that mess with locations, players combat rolls and all manner of other friendship rattling choices. The second option on the cards it’s nearly always a small combat advantage or a scattering of ways to avoid the distractions created by your opponents. 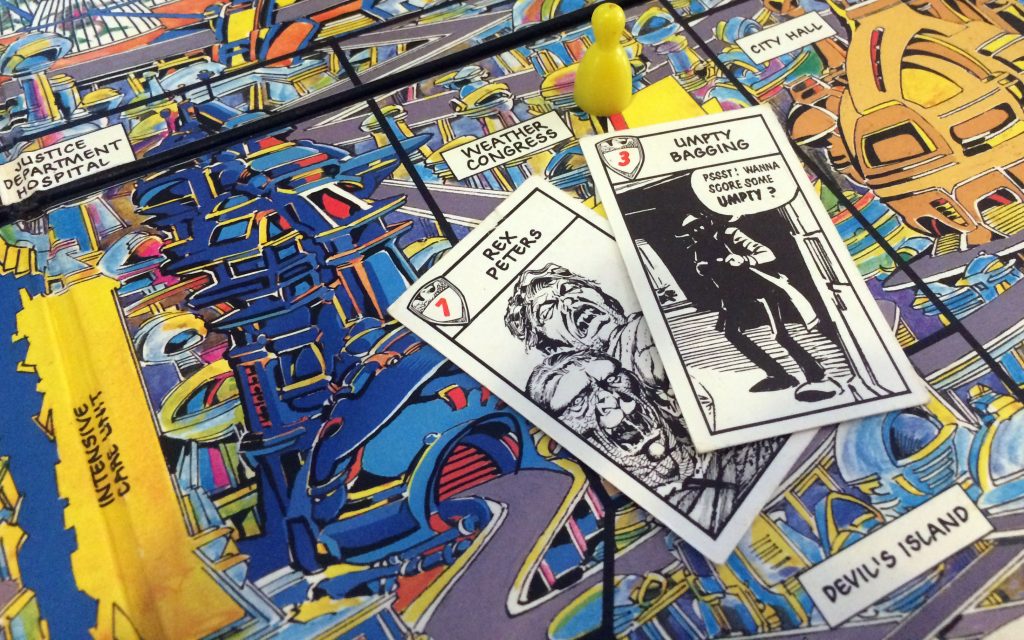 Should you make it to a location that holds a crime and a perp, then you can attempt to make an arrest. The hidden perp card is flipped, and both values are added together, roll a D6 which is added to that total. To make a successful arrest the judge must beat this number, the judge’s score is a D6 roll plus five for being a Judge and any other additional scores gained from playing action cards. Action cards can only be played before any dice rolls, and that isn’t just the judge making the arrest as your fellow players can derail your attempts with cards of their own.
If the Judge beats the score, then he takes both cards if he fails then it’s straight to the intensive care unit for him, resulting in a missed turn and leaving the exposed crime and perp on the board.

At the end of a turn, a player gets one new action card unless they are in certain locations like the Academy of Law that gives two or the Grand Hall of Justice that gives out six. And play jogs along at a nifty pace.

And that’s pretty much it, the game ends once the last perp from the deck populates the board and one final round is played. Everyone adds up the total of crimes and perps collected and the most wins, any ties result in a judge v’s judge showdown using the same combat mechanics from earlier. 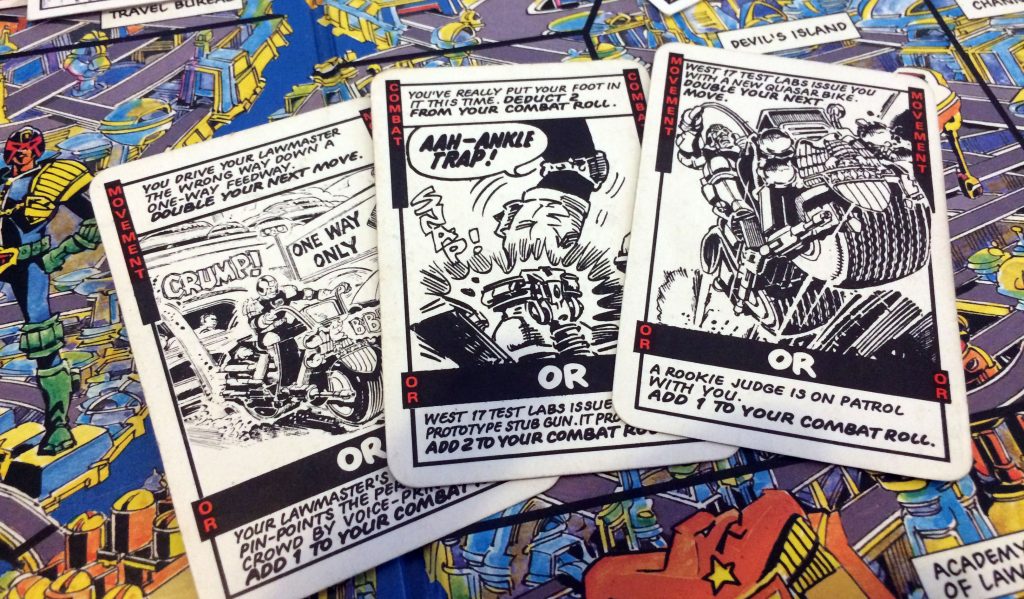 It’s been a long time since had hit the table, and whether it’s the onset of senility or youthful naivety I don’t recall the game being quite as mean spirited and vicious as it now appears. One can only presume all those years on the shelf have festered into this malcontent all-pervading meanness or we’re just a bunch of gits.

So this is dice and unbalanced card play firmly landing us in Ameritrash territory long before those uppity colonials even contemplated any of this trashy business. There’s some deceptively great stuff going on under the hood of this one, and really the card play is the heart of this.
It’s this tightrope walk where knowing when to play cards to hijack an opponents arrest and keeping the most powerful ones back for yourself. And all the time watching when those hands start to shrink down and gauging the optimum time to make those big arrests without fear of them being sabotaged by your fellow judges. 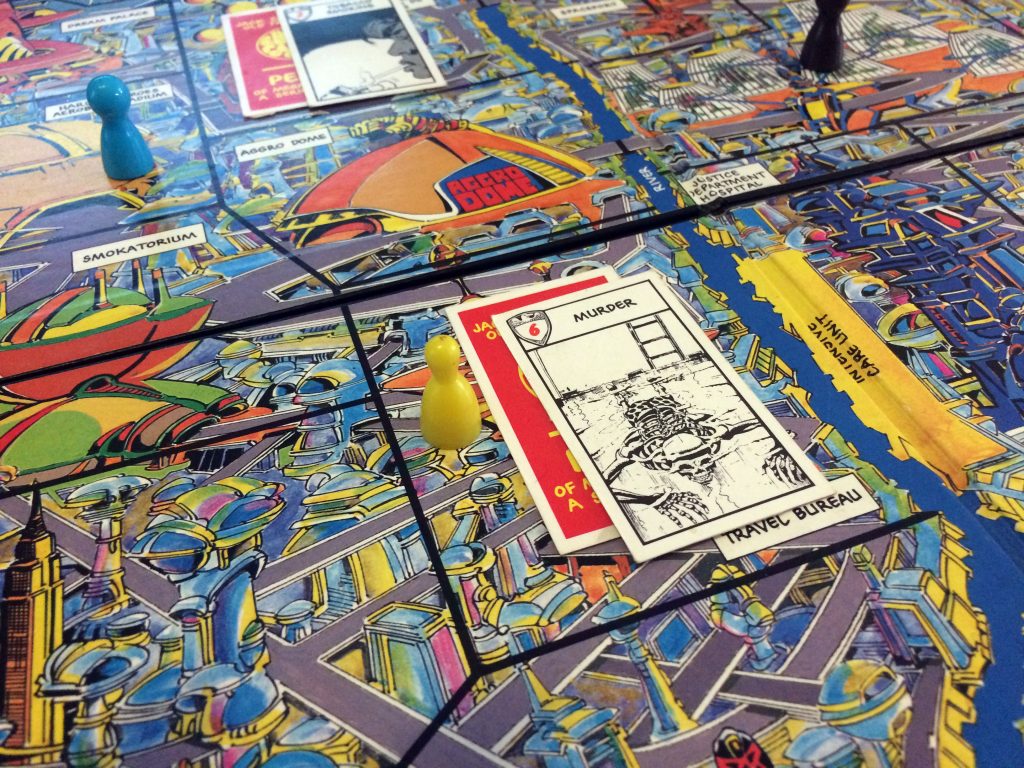 It’s still hugely fun and holds a special place in my heart being as it is the rare Judge Dredd board game, now should you seek this out, well that really depends on the asking price.

Just looking at my copy an original first edition that doesn’t come with the cool little judge pawns that came in later versions its not aged well. The board is still solid, but the action cards are in a sorry state no less than expected of a game cracking on for over 30 years of age. And with prices this can go for on the secondary market this is really one for hardened Dredd fans or completionists. However, if you can find this at a car boot or charity shop without breaking the bank, then it’s a neat little bit of gaming history and still a lot of fun.

I’ve thoroughly enjoyed my return to the crime infested streets of the Big Meg and here’s hoping that a modern games company finally see’s sense and starts pumping out some 2000 AD themed hobby games again.