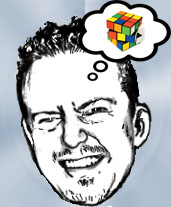 For such a simple concept, room 25 is brilliantly done. With only four moves to choose from: peek, move, push and switch it’s all about how much you trust your “friends”.

There’s two game modes, co-op and betrayal. Co-Op is great for first-time play, but the betrayal mode is where the real fun is hiding.

Room 25 is a board of 24 moving room tiles and one stationary one that are all independent rooms with different effects, some of which are safe, others are deadly. The goal is to not only find the exit but get all friendly players onto the exit tile and move it to the edge of the gameboard to escape.

There are all sorts of opportunities for shenanigans in room 25 and for me, the potential for mischief is what makes the difference between a good game and a great game. 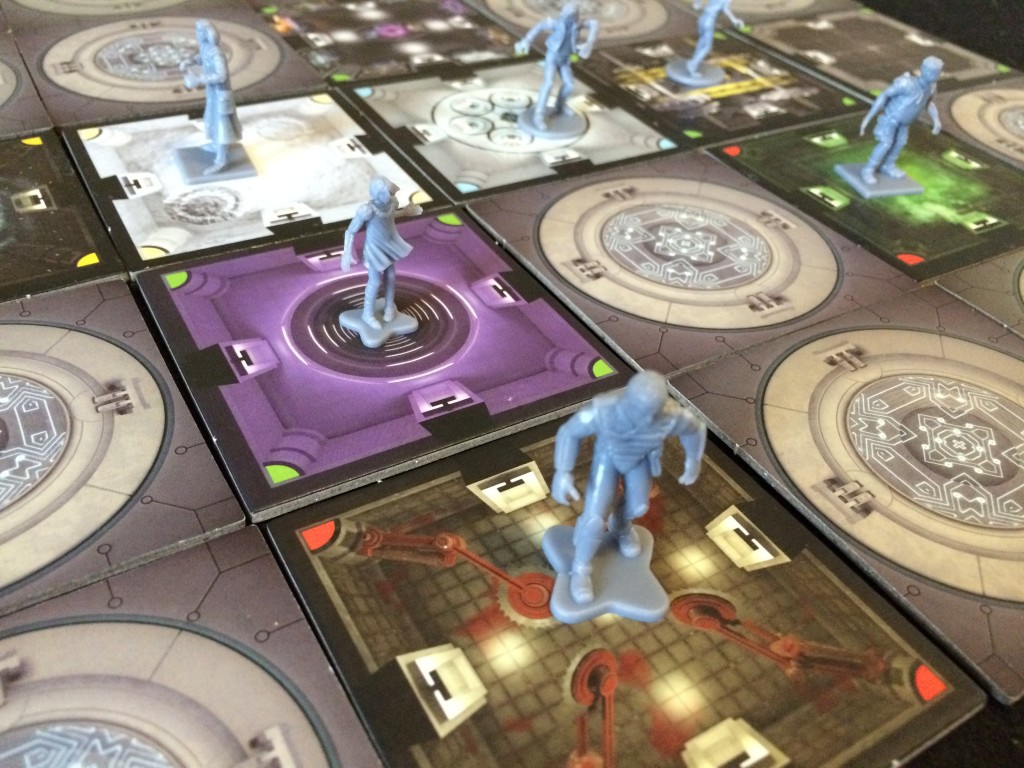 Once players have all picked, play moves around the table one action at a time, tile’s are revealed and then played. Should a player only choose to perform one action, they get the choice of when to act either in the first or second round, giving them the opportunity for some devious tactical play. 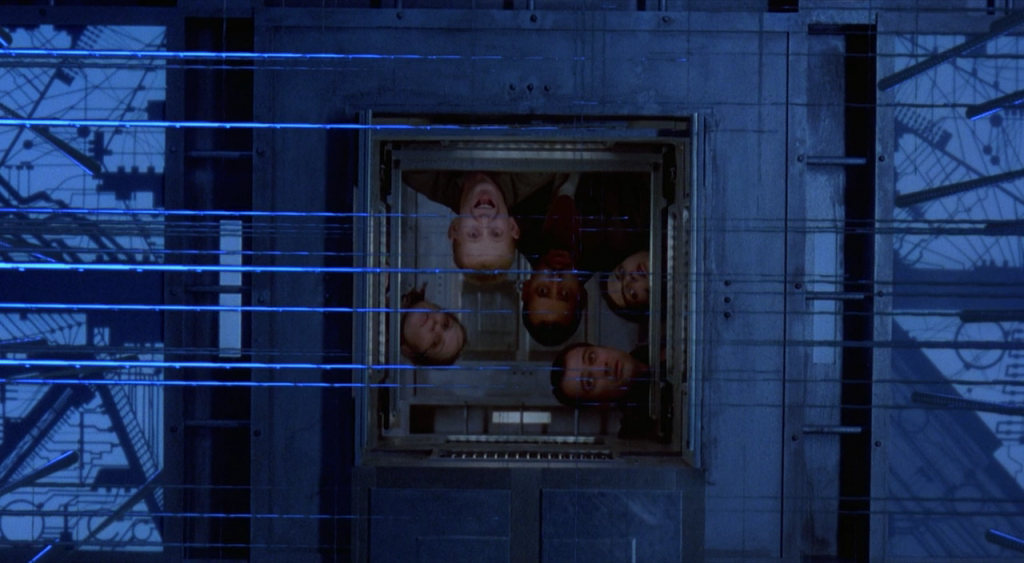 One of the great things about the betrayal mode is that in a five player game, you can have two bad guys. Or you could have none! It’s random. Of course, this mean’s every action a player takes will be scrutinised. Players are required to drop a hint as to the mood of the room they just peeked at, is it happy clappy or more Jigsaw’s playroom. Now you could also peep at it to verify what they just said, blindly walk in a show of good faith, or my personal favourite, shove them in it and see what happens. (some may view this as untrustworthy)

If you’re a bad guy and receiving dirty looks from your fellow inmates, you can out yourself. The advantage is you no longer need to commit to an action before your turn, allowing you more chance to react accordingly and intentionally screw with your buddies.

Alternatively play it sneaky, cooperate with your friends and manoeuvre the dumb schmucks into an advantageous position. And then courteously shove them into a toxic acid bath, or a hallway full of death lasers and then snigger appropriately.

I love games that test your faith in humanity and this is one of them, Gather your friends around a table have some laughs and then betray them while grinning happily… Why does nobody call anymore?