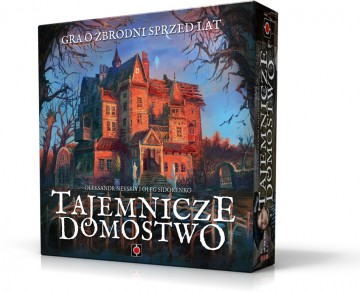 Great art, this looks beautiful laid out on the table and will certainly attract passing interest.
Playable by anyone fresh to the hobby and families makes this another win in our book.

Dependent on where in the world you hail, might be an expensive preposition to get your hands on.
You will need to dig into those translated files on BGG to understand whats happening.

Fan's of Dixit or those looking for an alternative to the standard family games will discover a lot to enjoy here. It manages to combine an abstract almost surreal series of images into a satisfying and fresh take on an old idea.

If a board game can be defined as such a thing as a sleeper hit then I think Mysterium is one, originally published by Portal Games back in 2013 this has long flown under the gamer radar. I personally didn’t know of its existence until rumblings started to emanate from Essen this year and swiftly gained momentum, people had played a game that nobody could pronounce Tajemnicze Domostwo and had come away wowed and excited about it. To make matters worse Ignancy from Portal had only turned up with a handful of copies and they had been snapped up by a scant lucky few. Upon digging further all I could discern was it took the art led play style of Dixit and meshed it with the murder mystery of Clue, with players taking the roles of psychics trying to discern meanings from gothically beautiful cards played by the ghost. Attempting to find out just what this was all about almost turned into a game itself.

Seeing as Portal had it for sale directly from their website I took the dive and ordered a copy and then BGG happened and then the gaming world went Mysterium crazy. Is it any good? Whats it all about? How do you pronounce the Polish version? Read on and we shall try and solve these and other questions for you.

So what is this all about? Well yes this is a mash up of Dixit and Clue (Cluedo for us brits) by way of a David Lynch fever dream. One player is the ghost who is trying to nudge the psychics to establish who committed his murder and with what weapon and where, this is accomplished by playing dream cards which are beautifully rendered surreal pieces of art, the sort of thing Dali would have come up with after consuming a couple of cheese boards. The investigators have seven days in which to narrow down the field of suspects and eventually to all agree on who the culprit was with only the dreams to help. The game comes down to seeing if the ghost can tune into the minds of the others and lead them to success or sit there silently wanting to punch them as they fixate completely on the wrong part of each new clue. It really is very simple, there is no in game text its all visuals and its a hoot.

There exists at present two rule sets for the game that differ in various ways the Polish version and the Ukrainian, they mix about the order of play and differ significantly on how the final round is played. Already homebrew equivalents have materialized on BGG either through happy accidents or misunderstanding the translated rules and I’m sure as time goes on more will emerge. The thing is I’d suggest going with whatever feels the best for you and your group, either variation works fine and I’ve combined bits of both to make for the most satisfying game for me. We’re not set to get an official English language version until sometime in 2015 whereupon I imagine we’re get another iteration of the rules and everyone can start all over again. 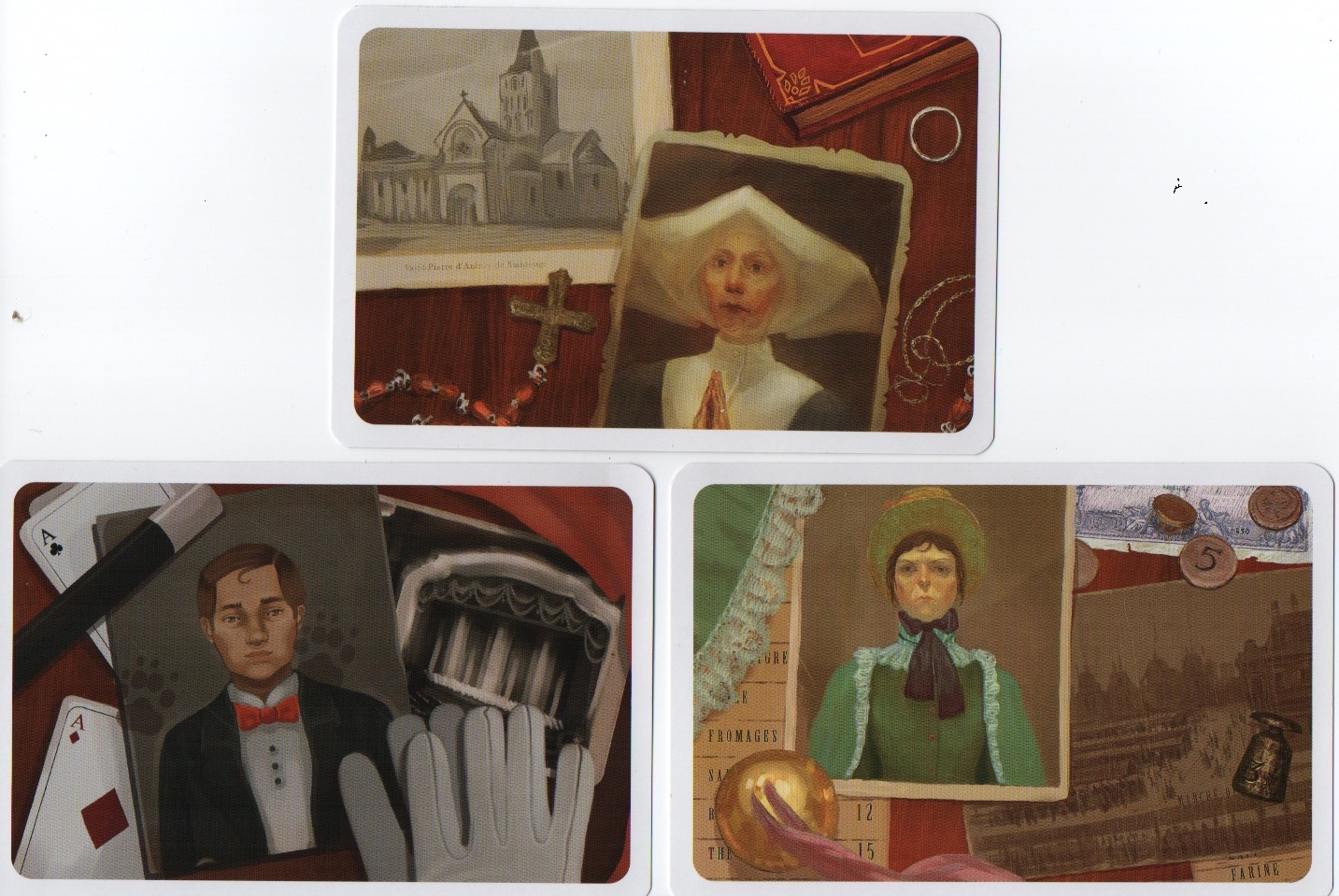 This game has hit at the perfect time riding a wave of renewed interest in lighter fare whilst simultaneously offering a satisfying meal that is both nutritious for those new to the hobby and chewy enough for us old stodgy gamer types to sink our teeth into.

So is it any good? Yes is the short answer, its possible with the storm of hype that this has acquired that some will be left scratching their heads when finally getting a chance to sit down and play it. This is a slight game with a party feel that I think has gained the sudden and instant following by managing to capture a neat mix of theme with an easily explainable hook that means virtually anybody can play it. And the confusion over the rules (normally a major issue) has actually helped to further the mystery rather than hinder, everybody likes to tinker and have an opinion and this has certainly helped foster that mindset. The games lightness and adaptability has allowed for these variants to start to pop up. Lets be clear Gamer’s looking for something deep or intense will find this wanting, despite the theme and Gothic art style this is at heart family friendly fare and may disappoint those seeking something that’s not here to find.

I was never a huge Dixit fan, I liked the idea of what it was doing but it never hooked me. Now along comes Mysterium which has just enough of a theme and story that Its really caught my interest. I love the art choices here, the fact that we get these stunning Tim Burtonesque, Addam’s Family style locations mixed with the otherworldly feel of the dream cards. And that theme although sleight works so well with those cards that it delivers a complete package that Dixit with its big stack of crazy never quite did, I think that’s just me and my love of story and theme rather than an issue with either game but I’m putting you in my head space.

So to sum up, the hype is well earned, this is just something different and in these days of regurgitated themes and mechanisms hits quite a refreshing and macabre note, the fact that it plays effortlessly to gamer’s and non is a huge bonus and I can see this arriving on quite a few tables during the festive season and beyond.

And as to the pronunciation. Tia-meech-ay  Doe-Most-Tro. I think Mysterium is catchy enough.