previous
Ashes: Rise of the Phoenixborn
random
next
Two Rooms and a Boom (or how I learned to stop waiting and played another party game)
Card Games
2385 views 0 likes 0 comments 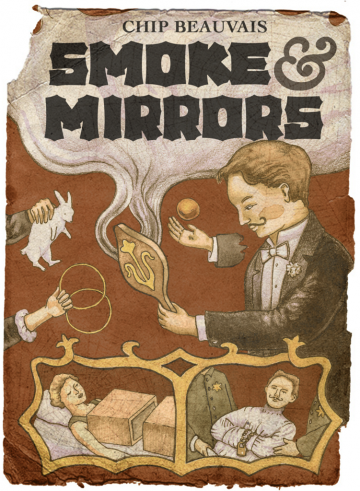 Aside from my obsession with board games sleight of hand card tricks has long been a fascination for me. Now personally I’m useless at them you just need to witness my hamfisted attempts at shuffling to know this but Masters of this skill such as Ricky Jay are heroes of mine.
So combining a theme of bluffing, trickery and dueling magicians with a small deck of cards seems an instant no-brainer when you think about it.

Smoke & Mirrors joins the bustling arena of micro card games that has exploded over the last few years led by the reigning champion Love Letter. Well, I’m here to say that now there’s a new contender on the block, and it’s magical.

The game uses only eighteen cards, split over three separate suits the Swirls, Stars and Skulls. The Stars deck consists of five cards all with the value of 1 and one mirror card. The Skulls are all 5’s with a mirror, and the Swirls again has a mirror but with the remaining cards running from 1 through to 5. These mirror cards if you hadn’t already guessed are used to do just what they are, to mirror another card in your hand. 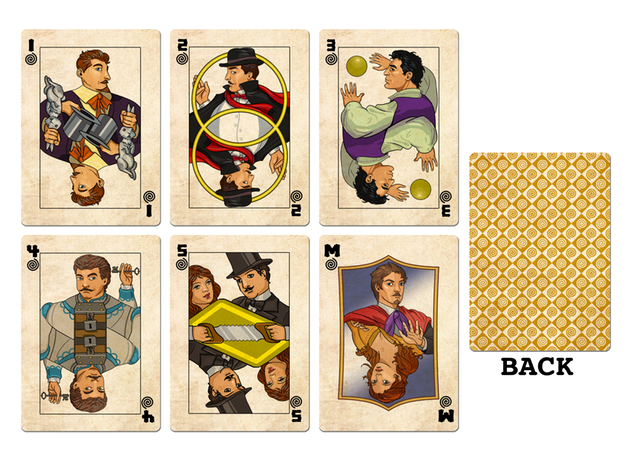 The goal of the game is to win four rounds by being the last magician standing, by eliminating your rivals by catching them out in a lie.

How it plays is easy, at the start of the game players are dealt a card from each of the three suits. During a turn, you must play cards and pledge they match that turns current number. So for example the starting player plays a card and claims 1 player two will do the same except this time they must claim 2 and so it goes.

The other actions that you can take are what adds the spice. Before you play cards, there’s the option to challenge, the previous players pledge. If you call them out, they must show the card/cards played, and if they bluffed, they’re out. If however they match, then the challenger is out. Whoever is left standing discards a card and takes the matching suit from the eliminated players hand. And so it goes around and around. 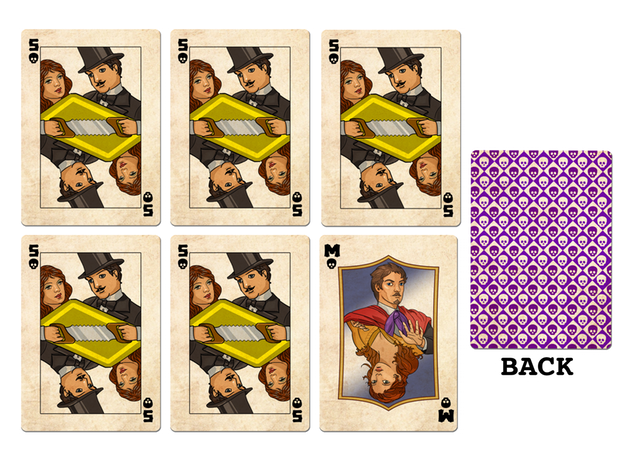 The only other action taken only once per round is to skip, it will then move to the next player to announce the next pledge required. So for example say I’m due to play 4 then I announce “Skip Four” and the next player must make that 5.

And that’s it, really easy to teach and really easy to play. I was skeptical of just how much misbehaving was possible with such a limited pool of cards and facings. But like all great bluffing games those tiny options in the mind of your opponents are huge, its all a game of Schrodinger’s cards. 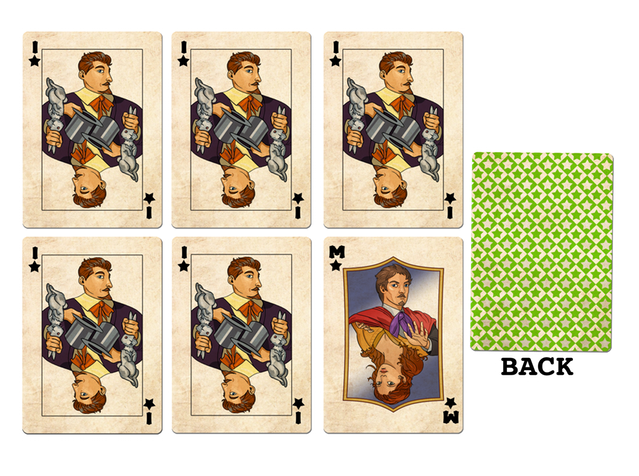 We know that every Star except one is a 1 and that every Skull is a five, it should be ridiculously easy to make calls. But there’s just enough of a IF, the possibility of sudden death results in players on a constant knife edge. One in every three turns you might have the cards to match the pledge you’re announcing the rest of the time its bare-faced lies, of course, everyone else at the table is doing the same.

Eventually, you start to gather information; cards played earlier surely can’t now be the totals claimed, better still is when the player across from you claims a card you have in your hand. Of course, you could be palming the cards to pledge safely, and then like all good tricks what’s required is some theatricality, just enough to make them question what they’ve seen or heard. You’re willing them to take the bait and call you out. Then with a smile you can confound your audience’s expectations by delivering your prestige and revealing your cards.
And just like all great tricks they are left trying to fathom how you managed to work your magic. 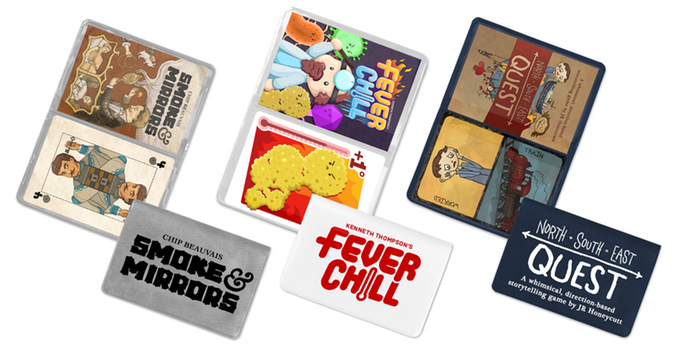 This game is currently part of the Button Shy Wallet Series of games that is running on Kickstarter right now. So if you fancy a copy of this game or any of the others then head other to the project page and pledge away.

Coup
Be the first to comment!
Leave a reply »