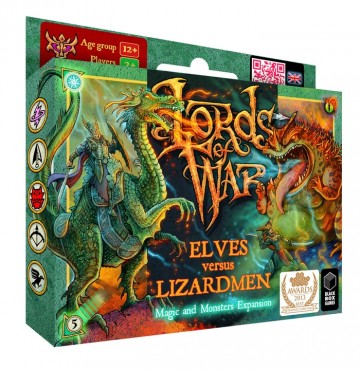 Greetings Greg’s one and all and any lurkers, malcontents or confused spam bots I tip my hat to you. Well its another week and news is spurting fourth like an overripe boil spilling its goopy goodness all over the bathroom mirror of our hobby… Sorry. Moving on swiftly. 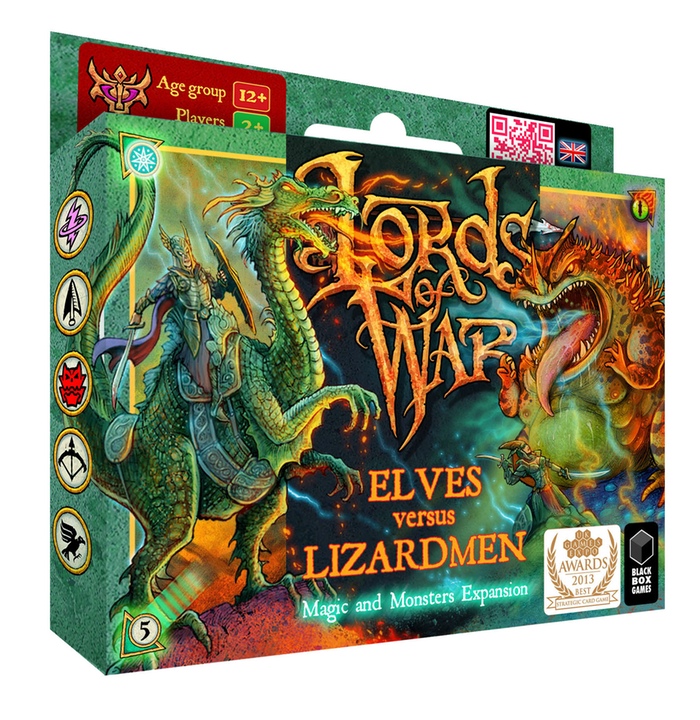 So lets start the ball rolling with a heart warming super success story. Lords of War have long been a favorite of WDR towers its an inexpensive, fun and fast card game of fantasy battles that has some of the best art out there. We love the game and for good reason, the various starter factions offer a game that anyone can pick up and play. Over the last couple of years Black Box games have been slowly expanding the factions available whilst also gently sneaking in more advanced rules and stratergies, in November they successfully funded the first of these more advance add on’s the Magic and Monsters set that expanded the original Orcs and Dwarves armies with some cool and unique abilities and spells ( I have a review for this set due very very soon). Well now following hot on its heels is the Elves and Lizardmen expansion and this looks stunning.

Steve Cox the regular artist on this series has absolutely knocked this set out of the park adding some brilliantly realized new monstrous and brightly colored critters to the rogues gallery, its worth owning these cards for the art alone, the fact its such a cool little game included is a major bonus.

This was going to be a post just pointing you in the direction of this project to get you on-board and help the funding, but what do you know they have already hit their funding goal in days! And are now steaming towards some fantastic looking stretch goals including token bags, and booster card sets for the different factions. If you’ve been on the fence, or even if this is the first time your are hearing of these guys, now is a great time to jump on-board, because I have a suspicion there are some really cool things ahead. 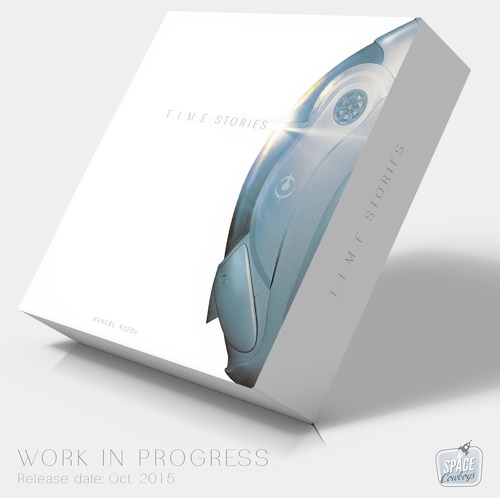 Speaking of cool things, as I just was, how about Time Stories from Space Cowboys. This one has long been in development with Eric Martin from BGG previewing the game as far back as Spiel 2012. The fascinating idea of the game see’s players taking the roles of agents who manage the flow of time during one of the four included time periods in the game, fixing rifts and keeping time flowing. It features a very cool mechanic that has the players pulling a bit of a Sam Beckett and inhabiting the shells of people from that chosen era of history and attempting to fix time stuff before they run out of time and are transported back. It has a neat Ground Hog Day/Twelve Monkeys vibe of when you return to that scenario you know what worked or didn’t and start to slowly build shortcuts or solutions around situations using your knowledge from the previous time leap. It sounds bonkers with a side order of genius and looks to really embrace the time travel theme and I personally can’t wait for it. Its now set for an Essen release this October and already they have hinted at expansions for additional time periods when you eventually resolve the ones in the base set. This is one sitting at the top of my need it now list. 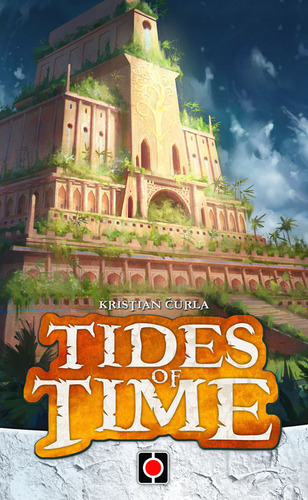 Tides of Time is a drafting game for two players. Each game consists of three rounds in which players draft cards from their hands to build their kingdom. Each card is one of five suits and also has a scoring objective. After all cards have been drafted for the round, players total their points based on the suits of cards they collected and the scoring objectives on each card, then they record their score. Each round, the players each select one card to leave in their kingdom as a “relic of the past” to help them in later rounds. After three rounds, the player with the the most prosperous kingdom wins.

There are a bunch of great artists working on this, and its coming from Portal Games who are putting out some fantastic stuff at the moment. This is going to be very special. 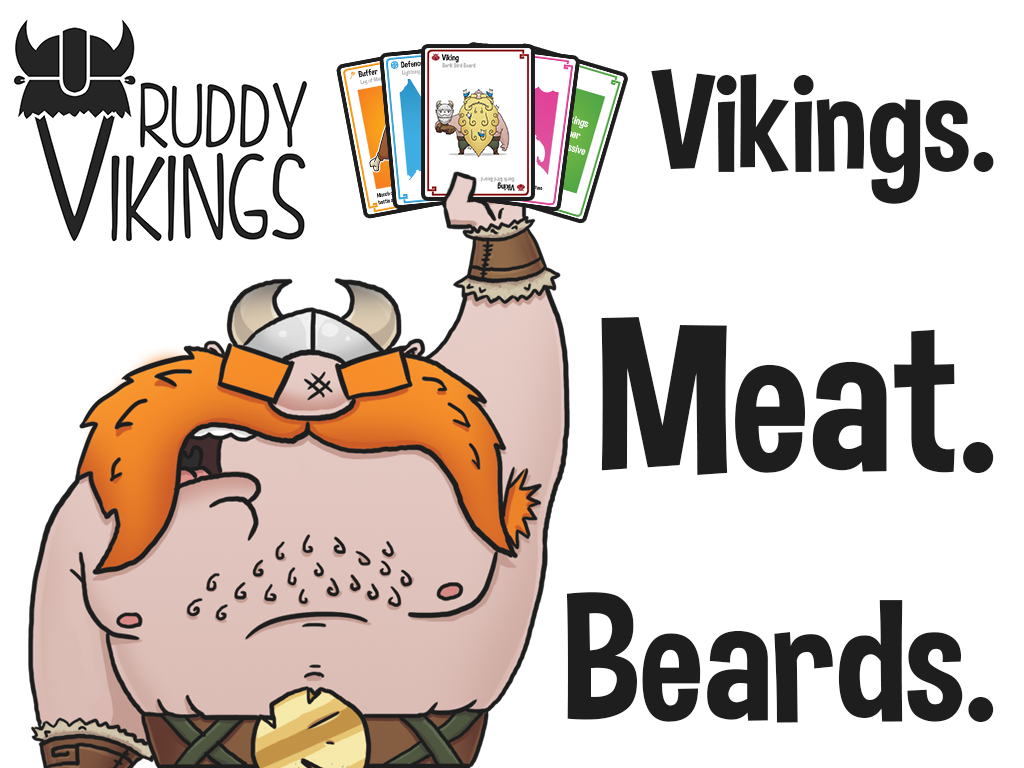 And finally another Kickstarter is Ruddy Vikings from Roundedsquarish another bunch of local boys. I sat down at the pub last night to sup an ale or two and have a crack at the game. I found it to be quite a bit of fun, it still has some rough edges which can be ironed out before release, for anyone seeking a simple little take that style of card game not involving Kittens exploded or otherwise this is certainly worth a look. I’m probably biased as the game involves copious facial hair. 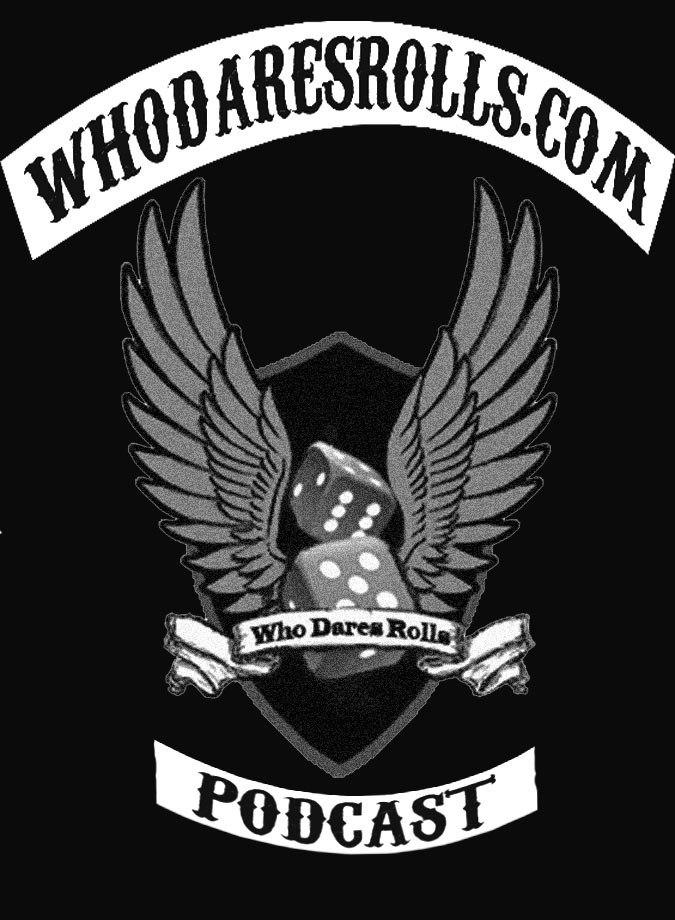 Coming up is our podcast episode on XCOM the board game and some loong overdue reviews.

Lords of War: Templars Vs Undead
Be the first to comment!
Leave a reply »