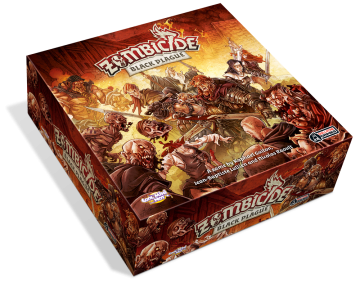 In keeping with our recent podcast discussion of all things Kickstarter, here’s something that all would be project creators should certainly take a look at. Jamey Stegmaier from Stonemaier games has long been posting fascinating blog updates dissecting both his own projects and generally everything that could or can go awry with a kickstarter and how best to avoid the pitfalls. Well now he’s publishing a book A Crowdfunder’s Stratergy Guide.

The blog has been a solid read and is well worth looking in on. 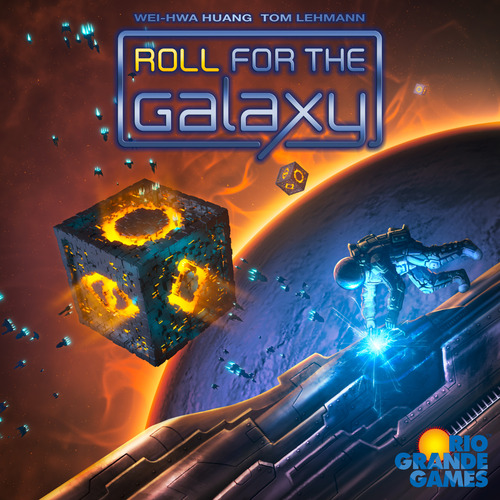 Roll For The Galaxy the dice variation on the hugely popular Race For The Galaxy is to get an expansion. Very little is known at this point other that its to be called Ambition and it includes more dice (duh!) new factions and cards. The expansions for Race have had a spotted history similar to Star Trek movies, mostly terrible with a few gems buried between, already the BGG thread is rife with wild speculation here’s hoping the finished product is more Wrath Of Kahn than Final Frontier. 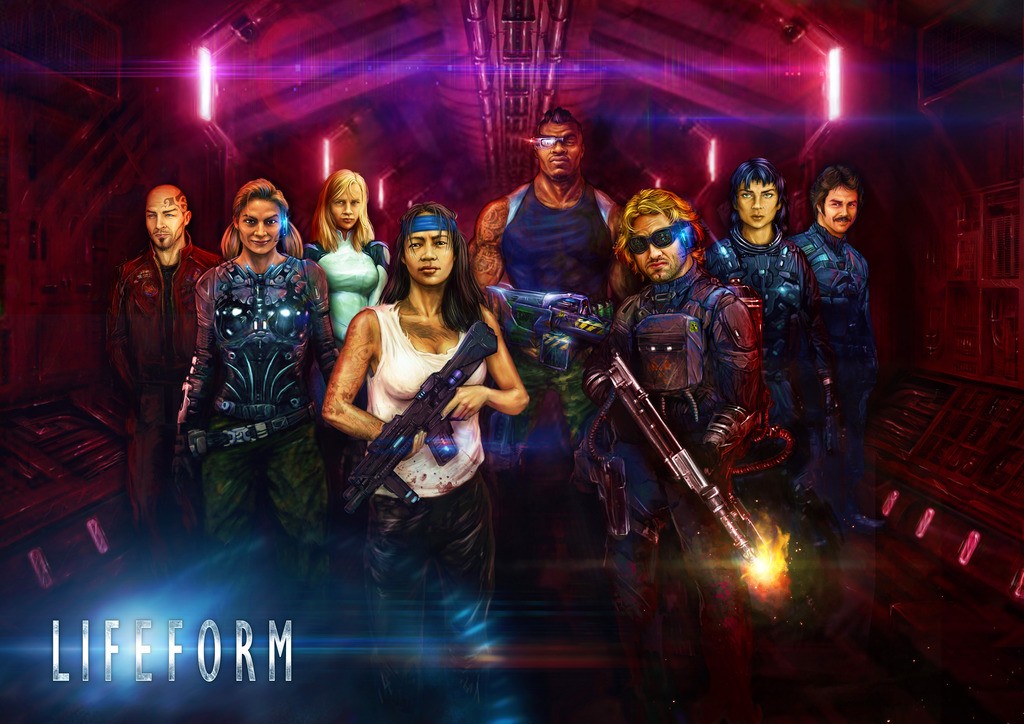 In the last news segment I mentioned the game Lifeform currently in development from the designer of The Thing PNP card game Mark Chaplin, well Mark has dropped some more info and its sounding fantastic.

Lifeform is essentially Alien the board and if that isn’t tantalizing enough for you how about these nuggets.

The finished game is diceless, lean, has tricky decisions, feels modern, and is true to the theme. And plays fast. The game shares the theme of tracking down an evil entity (Fury of Dracula) except, you won’t want to hunt down the alien!
It has a natural narrative a beginning, middle, and end. Gather essential supplies, evade the alien, and then get onto the escape shuttle. And possibly have a fight to the death onboard the shuttle. All this must be done whilst a timer moves down controlled by the crew’s actions. Wanna do more searchy-type-stuff? ‘Spend’ some of your time left, but the ship will explode when the tracker reaches zero.

Conflicts with the alien can be frequent. Except that the alien is impossible to kill, and has no hit points, and cannot be stunned, or delayed. All you can do is fend it off with makeshift equipment, if you can’t you die. Each game will see a lot of character deaths (maybe all) – but contains no player elimination. This aspect remains a secret, for now.

The crew players have to make individual choices, and team choices too. Not just about where to move next inside the labyrinthine starship, but do we collect a ton of coolant, or do I start picking up Halon Gas extinguishers, or energy cells, or other stuff? Oh crap, the power’s just failed in the ore refinery chamber! Do I move around that room, or move through it, or get another energy cell to repair it? It is rather dark in there…

Unlike Ripley in ALIEN, the players have the knowledge that the lifeform may stowaway onboard the shuttlecraft. So, we embraced this and built it into the game. All players can prepare, to some extent, for a possible climax that may never actually materialise. A crew member might save a flamethrower for the game’s end – but if you do that, you’re not going to get the benefit RIGHT NOW, when the creature is coming for you!

One of my favourite things about the game, is the way we’ve handled how the alien stows away onboard the shuttle – it’s not a sure thing. It’s something the alien has to ‘pull off’, and is always a terrific surprise to the crew players, when done well. Creating an ‘Oh shit!’ moment.

No word yet on a release for this, but its something certainly on my motion scanner. 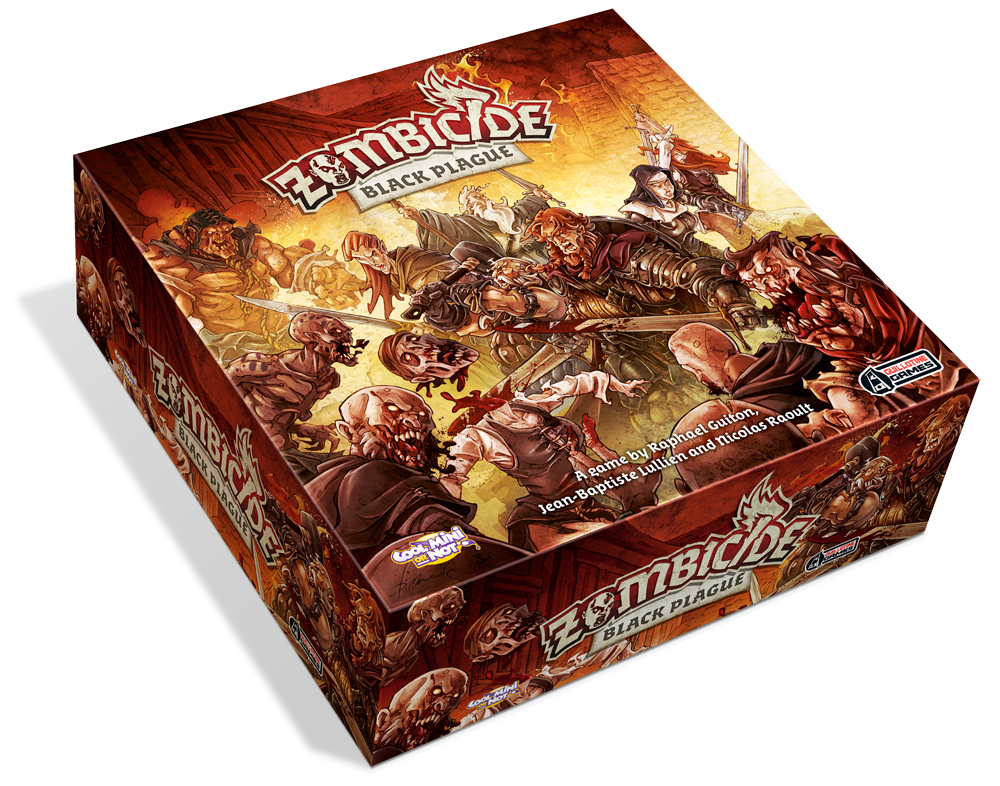 Cool Mini Or Not have announced a new Zombiecide its Zombicide Black Plague this is a stand alone game set in a fantasy world, featuring some subtle tweaks of the existing rules and a whole new environment. Images were leaked on April 1st and many suspected this as being a jolly jape, well apparently its happening.  I compared the Zombiecide series to that of the output of Michale Bay back in my Zombiecide season 2 review and I stand by that claim, they are big bold brash slices of ameritrash with simple rule sets and buckets full of eye candy and now we are getting a bombastic retelling of Lord of the Rings with lots of undead. Expect the Kickstarter that launches late May to break some records with the possibilities of some cool cameos from popular fantasy characters I’m calling dibs on a Zombicide Hound. 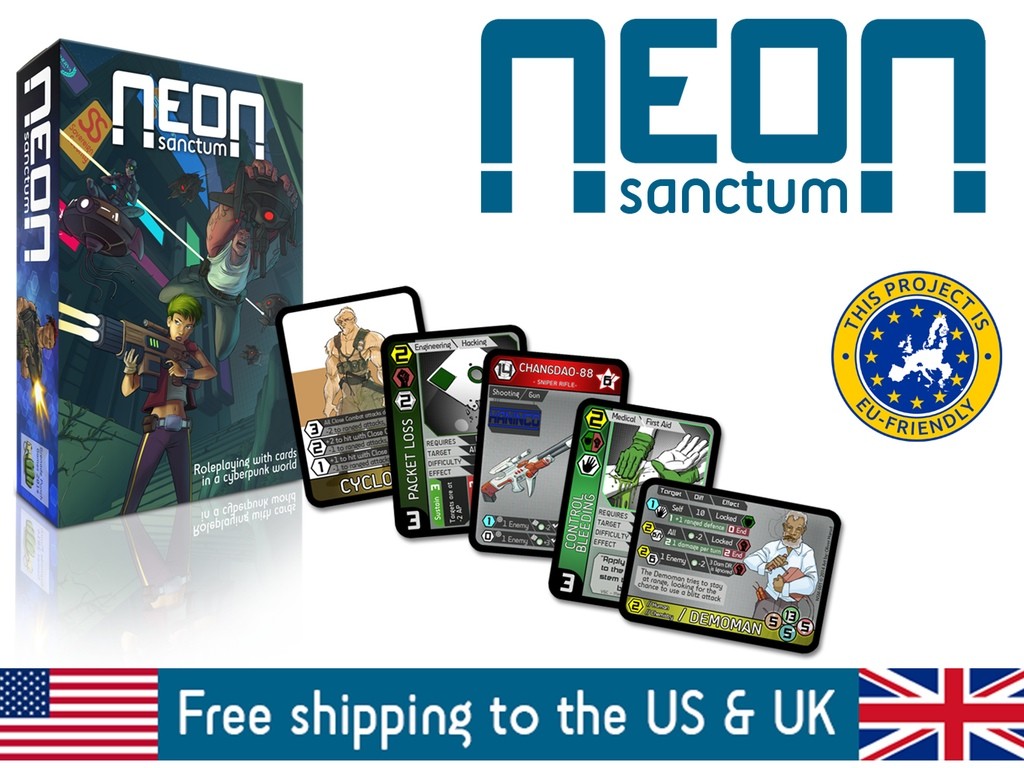 Speaking of Kickstarter – Running now is Neon Sanctum this is a cool RPG card based cyberpunk game that bridges the gap between traditional RPG’s and board games with some clever mechanics and story driven game play.  It has plenty of cool looking art and heaps of cards, we’ve been sat of a play test copy for some time and its a cool idea that doesn’t seem to be getting the love that it deserves at present. There are still 11 days to run on the project so still time for people to jump on board, head other to the project page and check this one out for yourself. 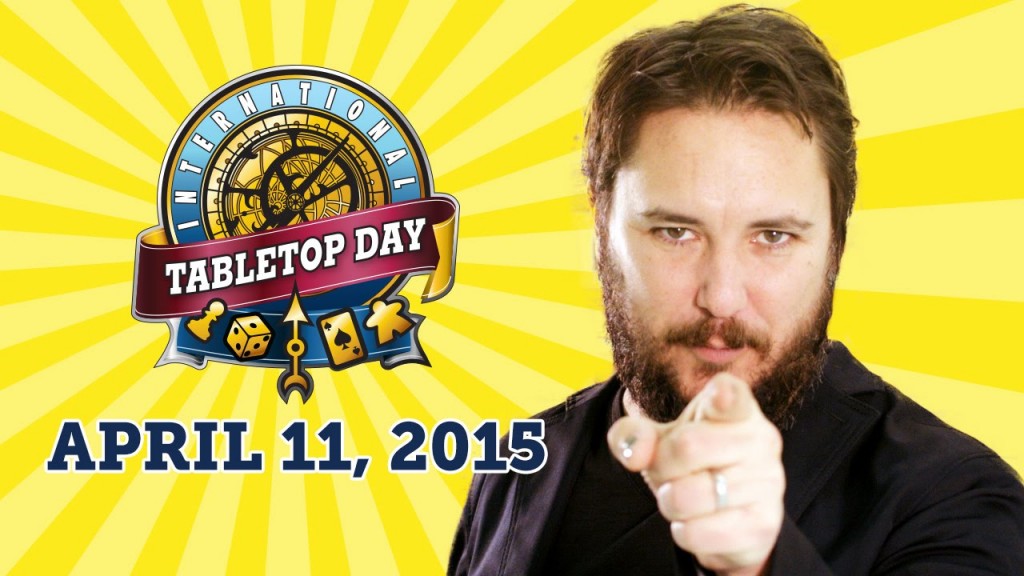 Don’t forget kiddies that this Saturday – April 11th is International Tabletop Day, keep an eye out for events in your area. Mr Wheaton has grown an extra scruffy beard to press on you the enormity of this situation.

Who Dares Rolls Podcast – The One With Jamey Stegmaier in it.
Be the first to comment!
Leave a reply »