I have to go back 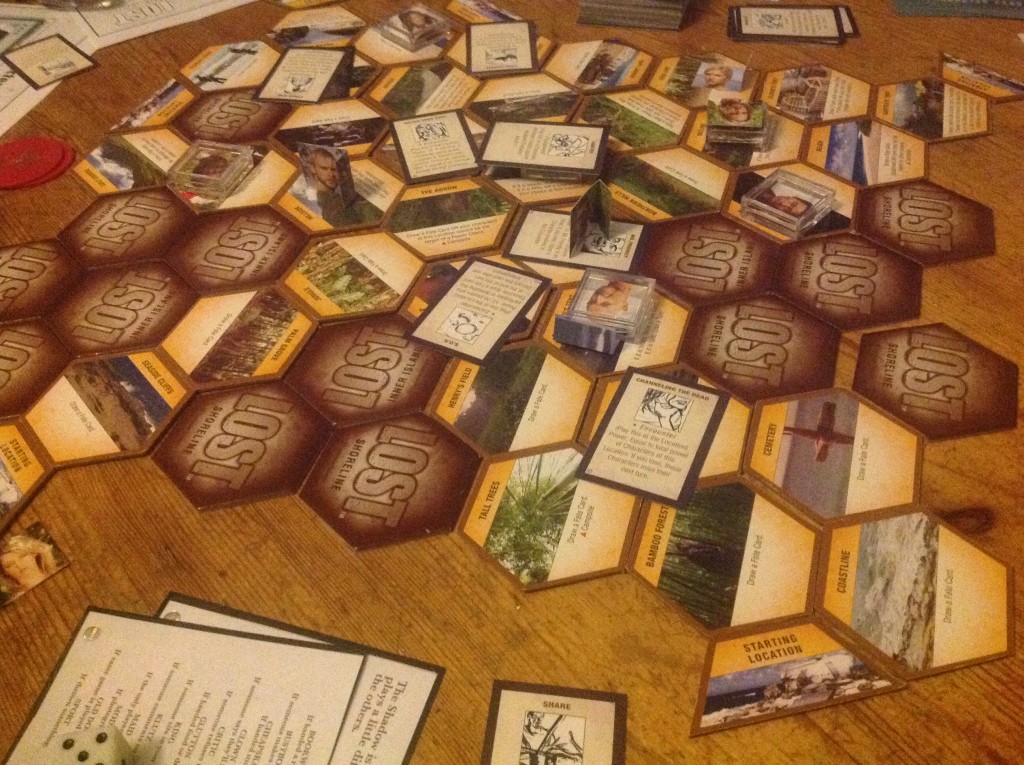 I went round to the home of S & B to play Lost: The Game. The pieces were all set up when I arrived, an island made of random tiles reflecting the shoreline and the inner island. Little cardboard pieces to represent the characters from the show, to be locked into plastic cases if they were main characters.

We were joined by N & P who were upset that they didn’t have the characters they wanted. I was pleased to have picked up Charlie, my namesake. Each character started on different edges of the island.

“I’m sure we all landed in one area,” B said. His sister scoffed and didn’t care for him saying anything. He did annoy us all regularly, but not so much as N & P. They arrived at the flat bickering about something involving spiders. I didn’t care to pay attention.

The goal of the game is to lead the survivors of the island by winning a battle of wills with them and probably murdering the other player characters. 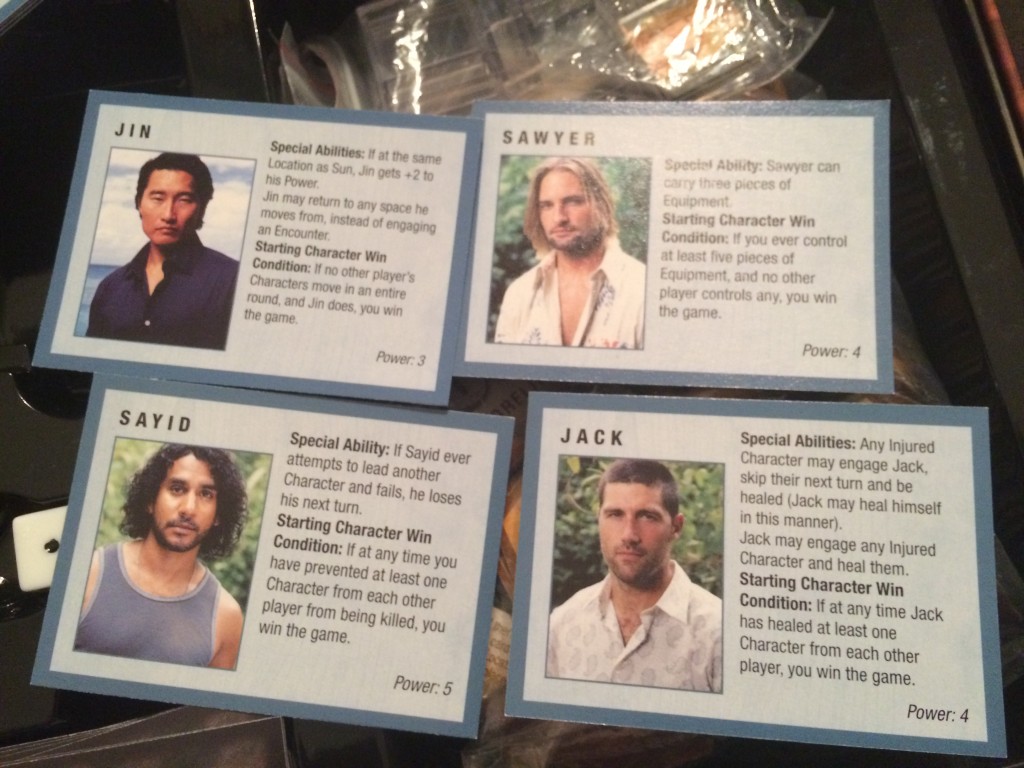 “I was murdered once,” S said. We’ve heard this a lot since we were all stuck in this place together. I point out that it was by accident, then realise that everyone around the table had a similar ‘accidental’ fate.

Like Dead of Winter you have a leader and a following, each of which can do their own thing in their turn. You assign them actions, splitting them up or keeping them together to face potential challenges. When you explore the island, you turn the tile over and resolve it instantly, often drawing a Fate card. There are so many of them, each with items (characters can only have one each), events (probably positive and playable whenever) and encounters which go off and have to be dealt with. The one stat each player has represents their power to fight, talk or otherwise escape a problem. The challenges could be as simple as bugs, a snake or a cave in.

Suddenly I’m back there, in the dark, in the hole. There’s no way out at first, not for me, not for Jack. My cowardice may have killed us both. Then I see it, the moth… 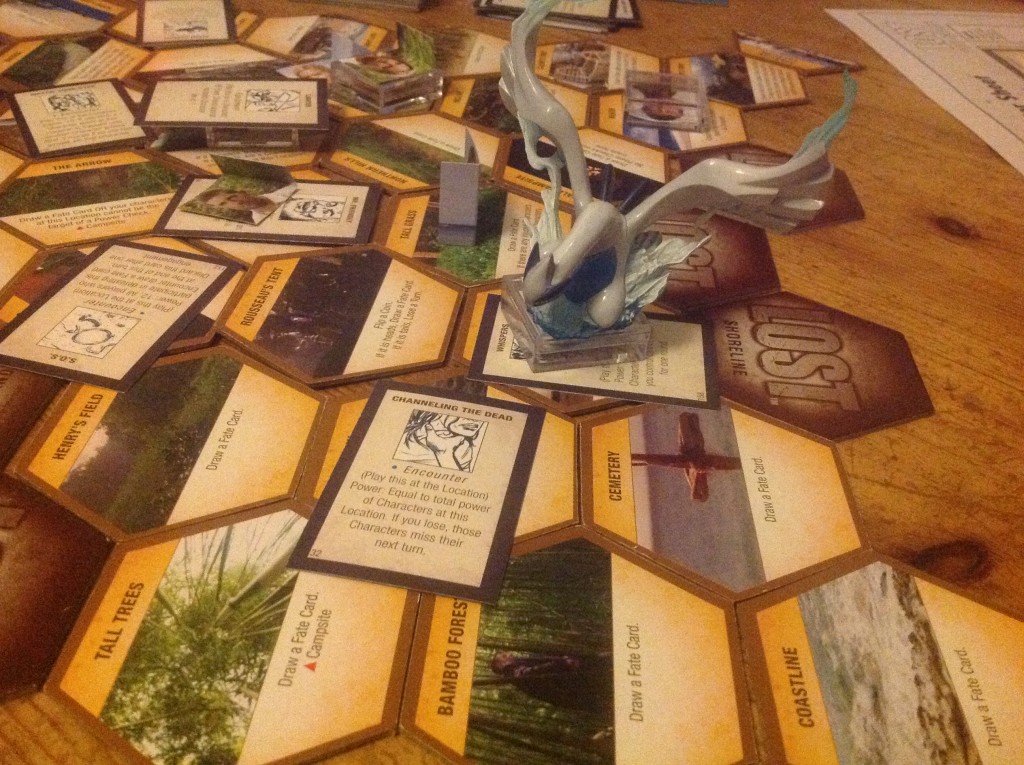 Some encounters have their own rules, like the Smoke Monster, which is too powerful for one person to beat and wanders around the map between turns. Like Munchkin there’s no balancing whether you’ll find something small or so massive your character will instantly be killed. We’ve all been there, some more than others. We all remember the pilot, dangling in the tree, right? Maybe we don’t all remember that. N & P were suspiciously absent for it. I never found out where they were at for all those first 48 days.

You can team up against some threats, either with your own character or with others. N & P keep arguing but they team up against a load of problems, even finding a camp. The camp tiles are some of the best things, allowing you a chance to find and win over another character, but you have to move each turn so someone else might dive in and grab them before you get a chance. B tells me he doesn’t remember there being other camps outside of the one by the waterfall and on the beach. He laments never getting the opportunity to see what was in the hatch either.

“You’d just have been disappointed,” I say.

I don’t remember how I got here, with the others. My mind races through the last things I remember. Imaginary peanut butter. A baptism. A piano in the sea. 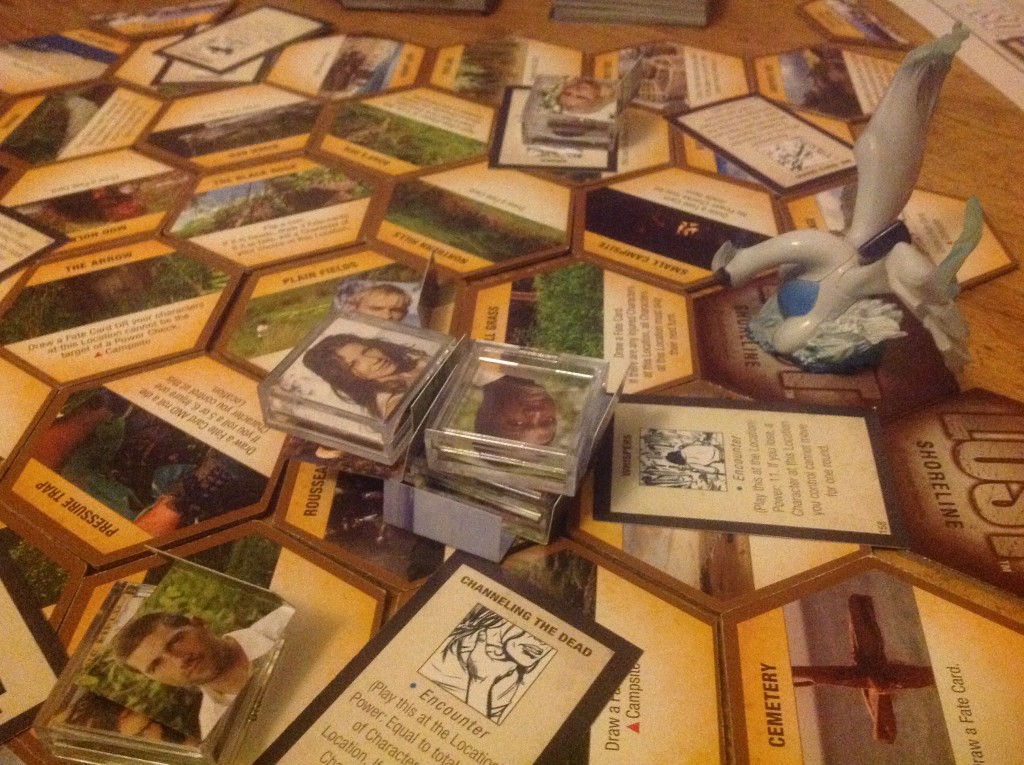 The smoke monster’s on the table and B is already dead, or he may as well be. Two of my board game bugbears are player elimination and skipping turns. This game has both in spades. There are a lot of abilities which make you skip a turn, as do many encounters. As B’s missing almost everything and isolated from the network of campsites, we let him take control of the smoke monster.

S tries to exploit her character’s ability to take other peoples’ followers in an incontestable way. She and her brother have a disagreement about how the mechanics work so its off to BoardGameGeek again, then also the FAQ which is on a web archive. It’s evident that the rules weren’t really thought about, or the practicality of well… anything. The creator of the game and his wife were the only playtesters and it shows. The pieces don’t really fit with each other. Some Fate cards are left on the tile they appeared on, whether it’s a dropped item or a failed encounter. The thing is, those Fate cards are too big for the tiles they’re put on. It’s a mess. 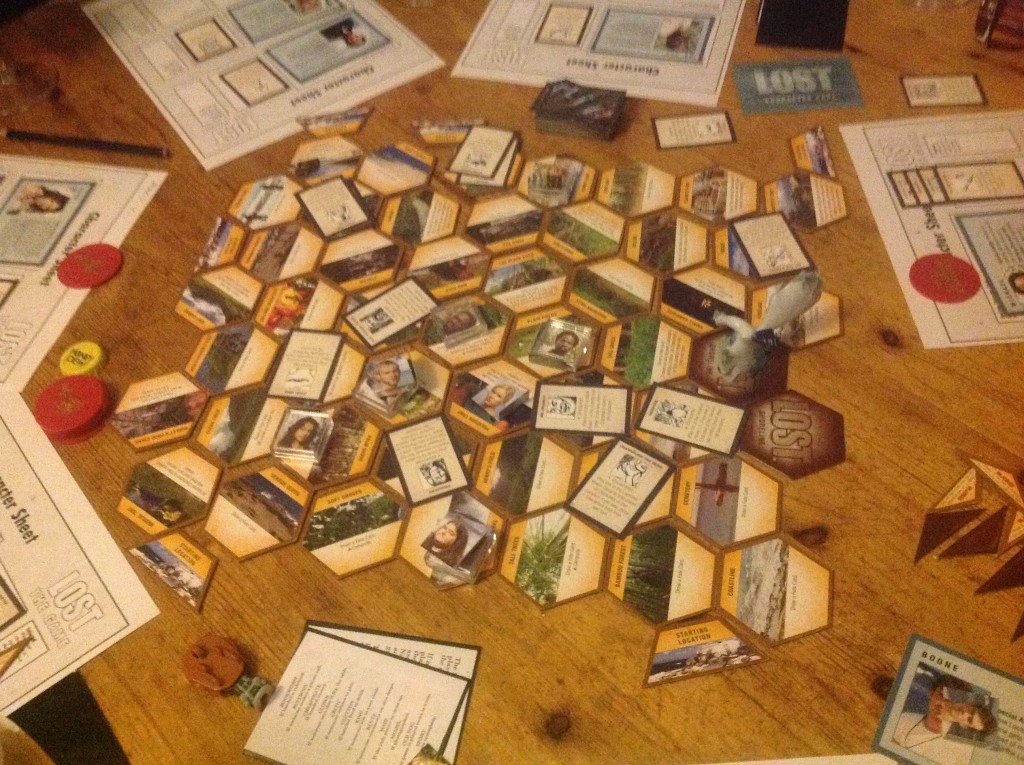 N and P have been coughing up sand on the table. After the Great Pepsi Max Disaster of 2014, I’ve been making people use coasters on the game table but I don’t really know what to do about their situation. S has been more considerate with the blood which continues to pour out of the bullet wound in her chest. B’s the least problematic, something he continues to point out, especially when it comes to proving who is right about the use of the inconsistent rules.

We need to get through this together, we decide. As an old friend once said, “Live together, die alone.” One of the potential victory conditions is a prearranged point where we decide we’ve won, I assume because people will have given up a few hours in just like we have. I know that if we finish the game then I’m going back in the room. I look at my hand and the words on it. “Not Penny’s Boat.” I don’t remember what they mean, but if I go back then it’ll be over for me. I’ll be back there. Maybe it’ll be better than playing this game.

An alliance is forged. We will team up and hunt the smoke monster. If it dies, we win. We can do this. Everyone starts to run at it, preparing items as they go, hoping they can all add their power together to finish it off. S suggested this tactic and we only find out at the last minute that she was trying to get us close enough to exploit the shoddy rules, temporarily take over most players’ characters. Another argument with B ensued where he was protesting that his only character shouldn’t be able to be taken over. Finally he and I ran our characters at the one tile which could kill us both, just out of desperation. Even the looking glass, even drowning would be enough.

S won the game through underhanded behaviour and screwing everyone over at the last minute. Our cooperative solution to end the game was overridden by dickish behaviour and flimsy rules. I take a moment to reflect on how sad a board game like this made me. So many intriguing mechanics like asymmetrical victory conditions and random location tiles, mixed with evidently untested ideas, some of board games’ greatest sins…. It’s ultimately disappointing despite some interesting ideas. Kind of like Lost.

My lungs fill with water and I remember a man with an eyepatch smiling at me, a grenade in his hand. The flat is gone for a moment and I’m back underneath the island.

Then I’m at the door of the flat. I’m back. I have to play Lost: The Game again. Shannon lets me in and I walk up the stairs with quiet resignation. Boone, Nikki and Paolo have set the board up. I will always be on the island. I will always be in the flat. There is no escape. 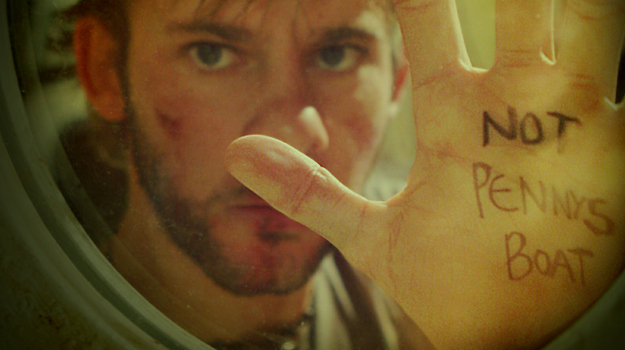 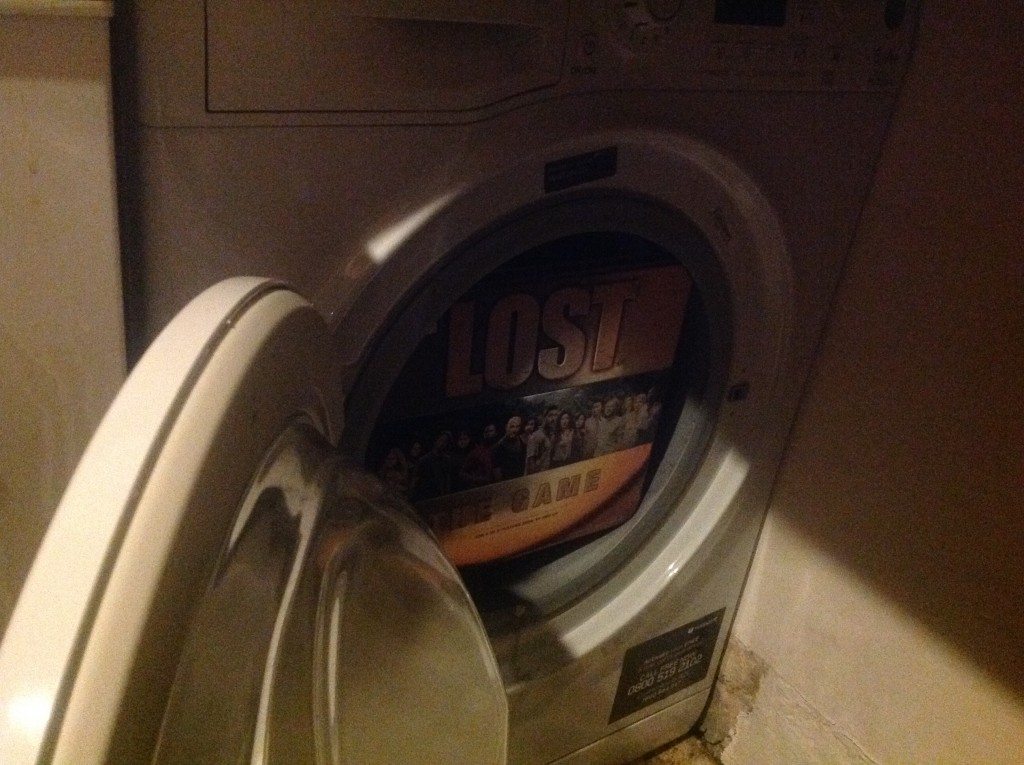 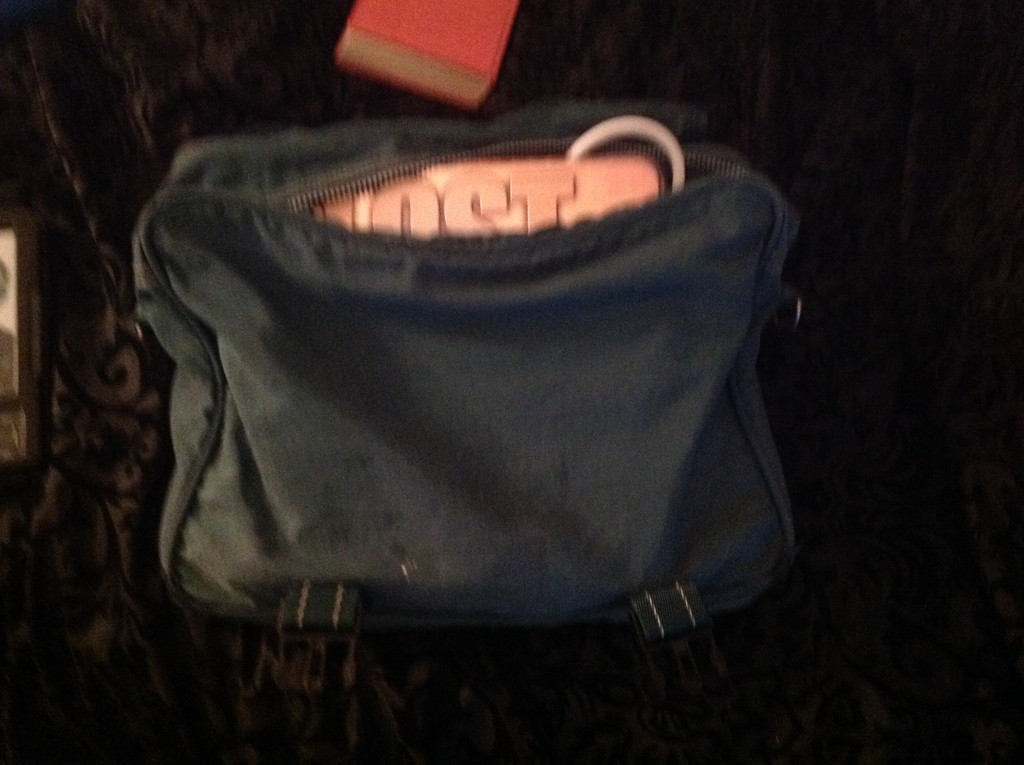 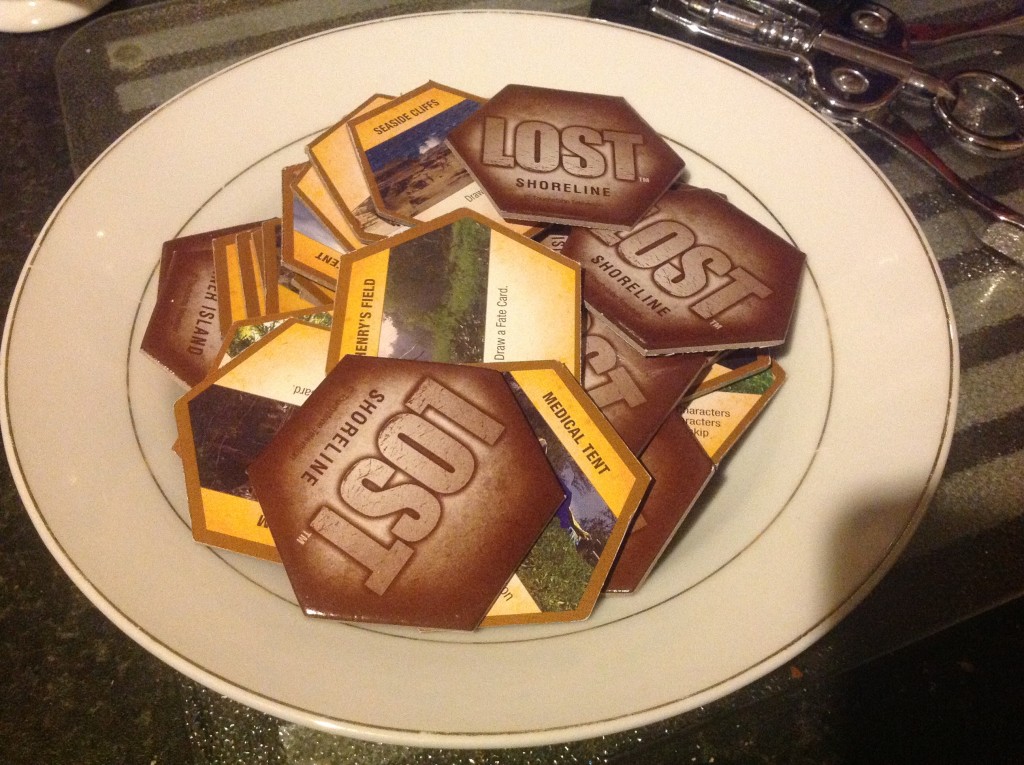 Next, I will revisit one of my favourite games of 2014. Dead of Winter. 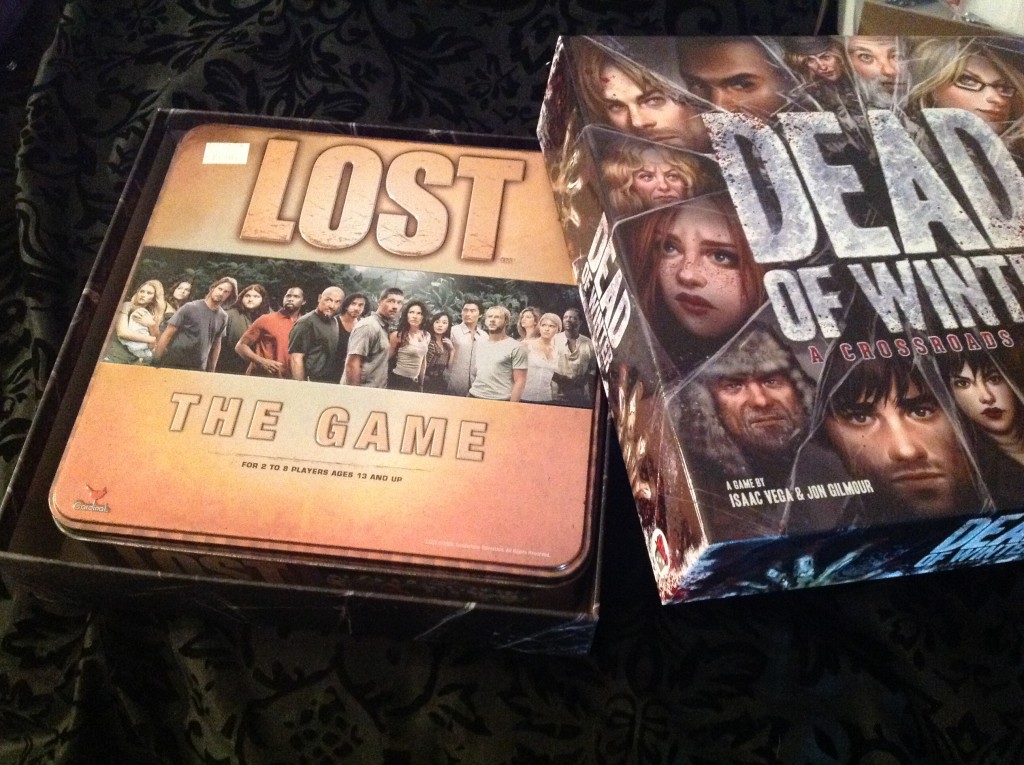