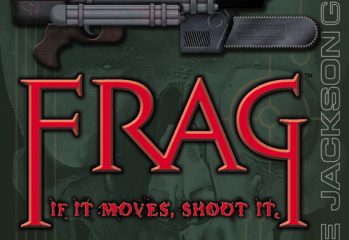 by Adam Won August 16, 2016
Frag – the first person shooter board game. If ever there was a game where the concept was a simple one, this is it. Its tagline says it all ‘If it moves, shoot it.’ Produced by Steve Jackson Games, with the original edition released in 2001, the game channels classic old-school First Person Shooters. This […]