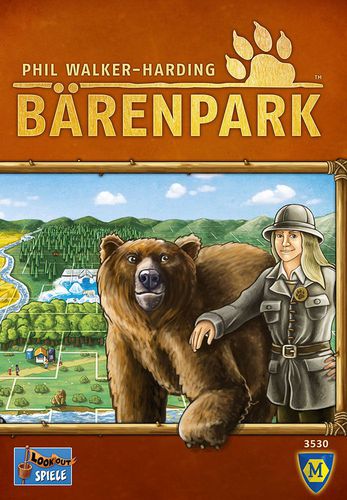 Bears! Bears are pretty great. I’ve reviewed Honey Heist and really loved that. Bears can be adorable and deadly in equal measure.
In the Who Dares Rolls Podcast 47 I mentioned taking part in the BoardGameGeek UK Maths Trade and getting Bärenpark. My partner heard that I was getting this game and cared about nothing else. The second it arrived, it didn’t matter whether or not any other game arrived. Some haven’t even been played, but Bärenpark has hit the table more than anything else of late. 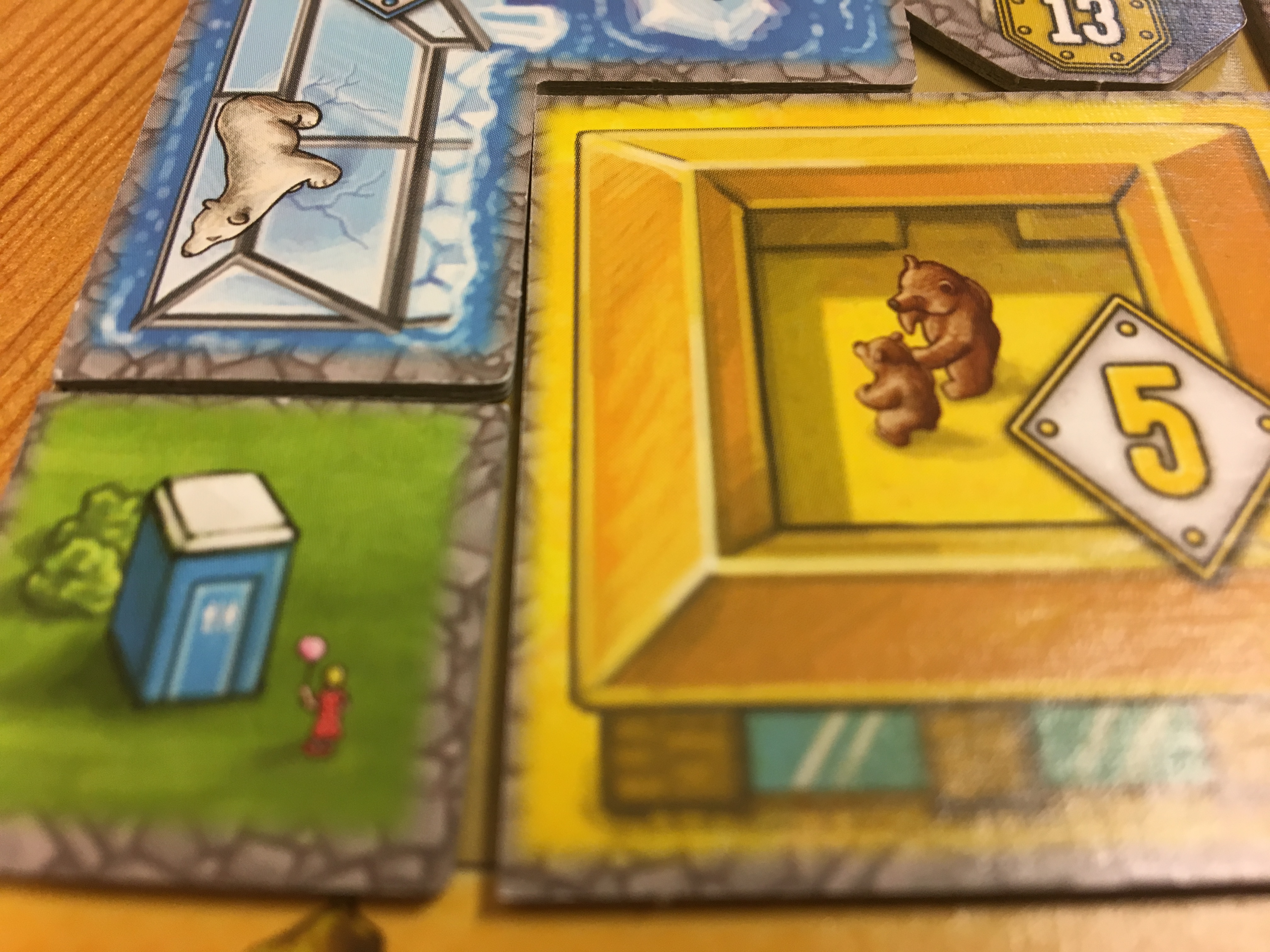 In Bärenpark, each player takes control of a bear park, with a little 4×4 grid to try and fit tiles on. On your turn you place one of your pool of tiles onto your park and take more things according to the building equipment you lay the tile on. If you place a tile on top of the little people, you get an extra section of park. I guess you need to bury them like the body you need to put in a cemetery in order to open it. Anyway, do that enough times and fill up four whole sections of park in order to end the game. Depending on your enclosures and completed park sections, you’ll win the game. You’ll probably win if you’ve finished your park first, but not necessarily depending on your choices.
The tiles themselves mostly fit weirdly onto the park, leaving gaps and bits to try and build into. Look at all these enclosures. 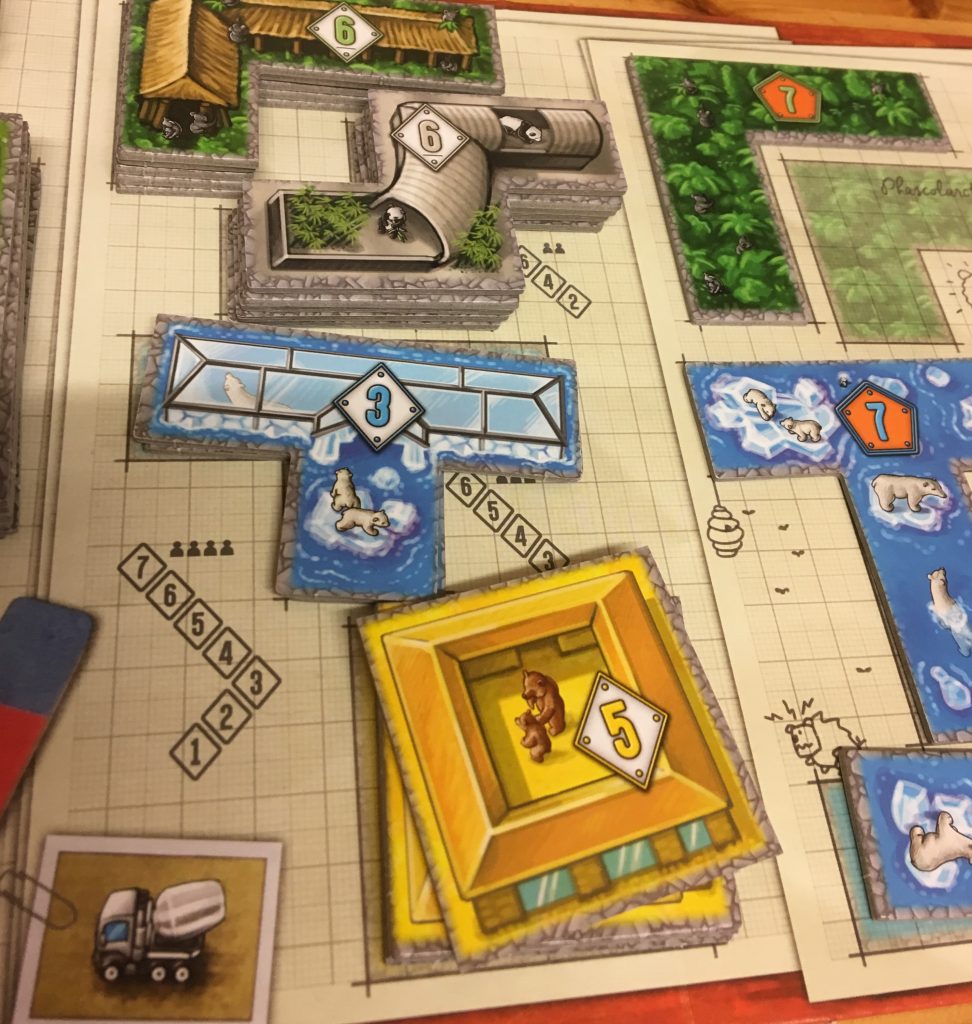 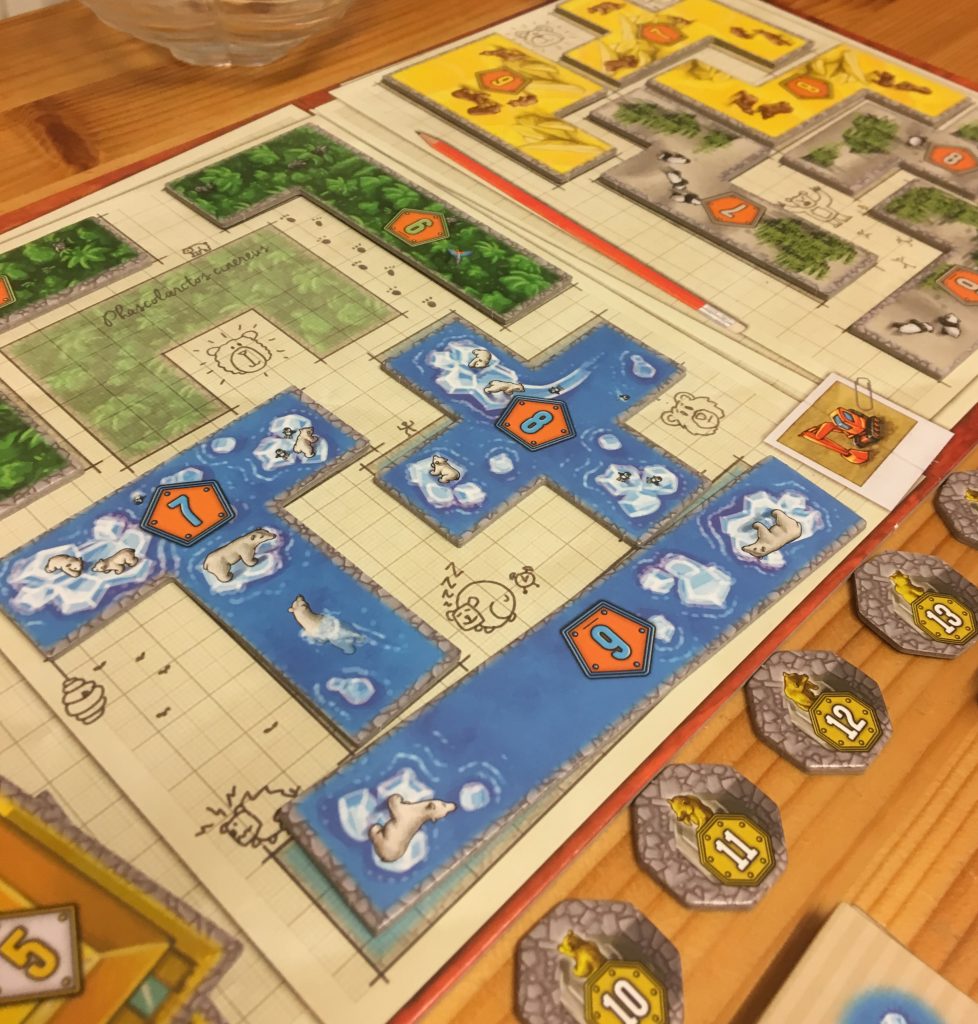 Getting to place these is fantastic when you can make them work. The thing is, there’s only one of each and they’re a right bugger to plan for. You also only have three chances for placing them in a game as there are only three symbols to collect them. You might get the perfect space lined up and some other sod’s taken it, so you need to act fast.

The game is fantastic and simple, however if you need a little extra to your game, there are achievements. You can randomly select three or specifically pick them, then they’re a stack of tiles with requirements. Some involve placement of tiles, amounts of bears or shapes. It changes the economy of the game and directs people at the same kind of targets in a race to be the first to score the achievement (although there’s a second and third place tile which makes it not seem so pointless when you’re beaten to the goal). I like this, although it’s not always going to hit the table when we play. 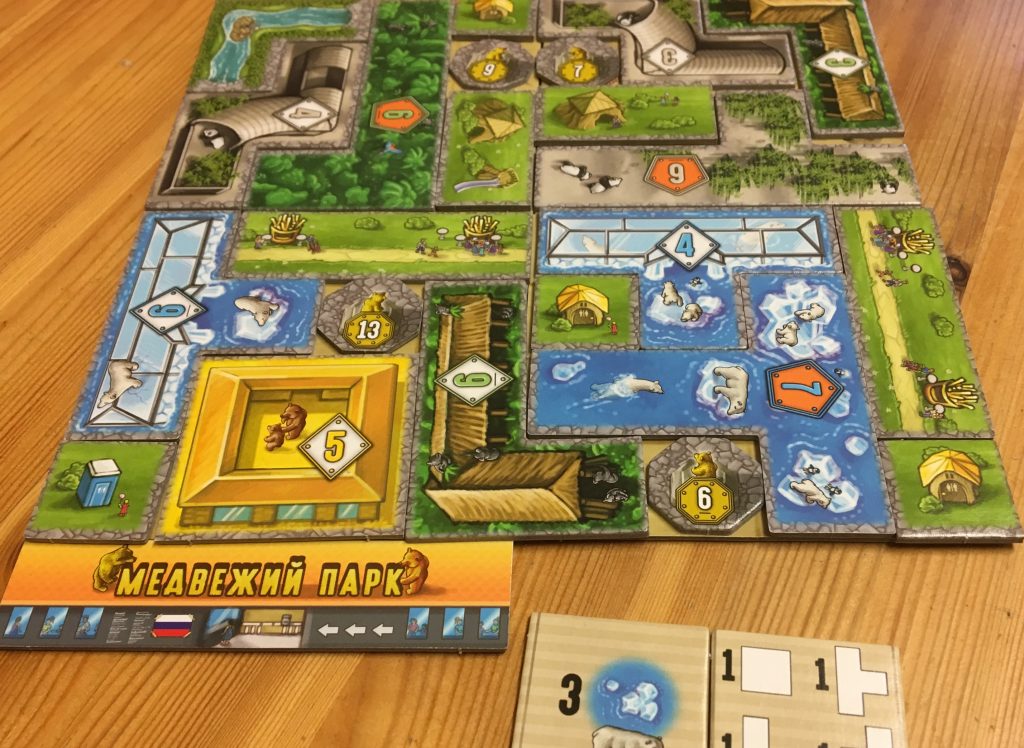 I like getting into character or talking about what goes on in the world of the game. It’s a little tricky here, but not impossible. The stories will mostly just be of bear park management, although it’s been concerning how many toilets one park has or whether a slide from the playground goes directly into a bear enclosure.

As I’ve been getting older, I’ve been valuing a game which can do what makes it fun and then end. Above and Below is a favourite of mine, but one of the big selling points I have is that it gets everyone doing everything to a point where you reckon you’ve mastered it, then it’s over. Bärenpark isn’t a weird Fuse Bar of mechanics like Above & Below, but it still has that breezy lightness. You can see the stacks of enclosures vanishing as you go, probably faster than you expected when you first play it. Your choices funnel down and plans give way to contingencies, all in a really short amount of time.

My partner, Emma, tried to resist having koalas in her park, because technically they’re not bears. She was willing to take the hit of not having an L shape tile just so that she wasn’t betraying the good name of bear parks. Still, eventually she had to crack and buy one. It was a tough moment. She’s already said that if there’s an expansion, they should add a replacement L shape to stop all this koala nonsense.
That aside, Bärenpark is a fantastic game and definitely worth a purchase.