Been a while since we did one of these and as Stuff! has occurred or is about to, I thought it was a suitable calm in the storm of the gaming teacup to stop for a quiet moment of contemplation and hit you all up with whats new and what we have coming up.

So some big site news. You may have noticed that we have started covering RPG’s. If you’ve not then firstly there’s a new tab on the front screen for RPG’s you can’t miss it because that’s what it says, hang your head in shame and after we’re finished here you can go back and look at it sheepishly. So how has this all happened? Have we suddenly cast aside our love of board games and started spooning inappropriately in dark corners of living rooms with handfuls of odd shaped dice, well no. Although Paul has always been partial to a bit of spontaneous and frankly awkward body contact we will continue to cover board games as we always have, but we have branched out like a particularly voracious weed.

Charlie Etheridge-Nunn has recently joined us facilitated by Ben (i’m contractually obliged to mention that or he’ll get right mopey and sit in the corner of the room refusing to play, and if you’ve seen his mope face you’d understand, it resembles a soundly slapped slow Hobbit) anyway I digress. Charlie has heroically chosen to join our merry band and will predominantly be giving us reviews and session reports on RPG gatherings he has attended. The first of these was his review and play of Carolina Death Crawl which sounds a grisly riot like Southern Comfort mashed up with High Plains Drifter and I look forward to the opportunity to giving that a play myself. So please raise a glass and a lethargic Huzzah! to Charlie, I look forward to whatever gems he has gestating and hopefully we can get him on a Podcast episode soon to bring some much needed respectability to proceedings.

If you were trying to get onto the sight early last week you won’t. It went down like a Bangkok Ladyboy after we were the victims of a nefarious hacker attack?? Frankly I was as surprised as you. We have not ascertained whether it was North Korea or dyslexic member of Anonymous but rest assured that we strengthened our security (this mainly involved wheeling the sever into the lounge and making Hollywood style proclamations of intent to do stuff) We have the team on over-watch and have ordered extra chocolate Digestives, those swines won’t catch us napping again.

We will be recording episode humbu.um.. 17? of the Podcast this week, its our first since Christmas and is monumentally important nigh astounding as it marks the one year anniversary since we begun recording them. Frankly if you’d been there way back in those carefree days of February 2015 as we sat around a totally useless microphone and argued and bitched whilst barely producing anything intelligible you may have doubted that we’d still be doing it*, but hurrah we have. Things have changed, we now have a much more expensive but still equally useless microphone and continue not producing anything bordering on actually useful content but you can’t knock us for lack of persistence. It has been a great year and I managed to get some interviews with designers over this time that I have a huge respect for and its been a blast. I’d love to say that we’ve planned some great new features for the show but unfortunately I’ve mislaid my Magic 8 ball so we’re just continue to wing it as usual. If you do have any questions or comments then feel free to share them via Twitter @WhoDaresRolls and frankly whatever it is you say it’ll get featured as we’re starved for attention.

*That first episode is terrible, I can’t manage to listen to it. For your sanity and to save my embarrassment don’t DON’T go back and listen. You have been warned.

And now for some board game related news.

Fantasy Flight continue to push the yet to be released Star Wars Armada by releasing more  previews of the forthcoming Rebel expansions for the base game. This all looks really really nice, but I’m going to have to pass. I have the starter and some expansions for the excellent X-Wing but I barely get that to the table currently, much as I’d love these sets they currently represent what would become very expensive ornaments.  If your in the market for some Star Wars tabletop fun I can heartily recommend the recently released Imperial Assault we’ve been digging into the campaign over here at WDR Towers and its been a hoot.

The Golden Geek Awards are up and going right now over at BGG. They represent the whole community of Board Game Geeks views on the best of 2014, played some games you liked in the past year then pop over to BGG and make your voice heard. And this year there is the option to vote for a favorite gaming podcast…(hint) (no really HINT)…. Vote for us, really do this otherwise its going to be embarrassing for you all when the results come out and we just miss the NO.1 spot due to your inaction. Yes I’m talking to you Greg #9210 I see you playing with your phone.

Oh did I mention we do this: 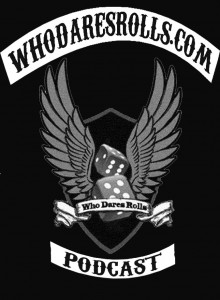 Actually aside from the hint I’m working on this years UK Games Expo shirts and I’m thinking  of going for the biker look. Its mainly to compete with the logo battle that has begun between ourselves and Board Game Hour and I need to do anything possible to make them feel inadequate. 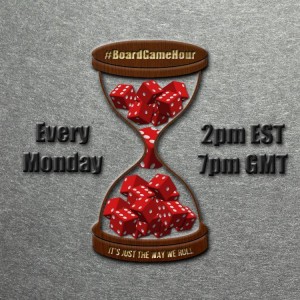 Did I mention Board Game Hour. If you haven’t already then you should tune in every Monday from 7pm GMT for lively discussions on subjects relating to and around our wonderful hobby. You’ll be surprised who can pop up on there and its always a lively and courteous debate (usually because I’m not on there).

Go and check them out, if you have even a passing interest in our hobby then this is a weekly date you should make.

Yep Portal get there very own slice of the gaming news cake this week as they recently held Portalcon 2015 in Poland they announced a bunch of new goodness forthcoming to the first quarter to their polish customers. The one that really snatched my attention was another small expansion for Imperial Settlers. Which I’m going to say again is a fantastic game and deserves to be in every serious board game fans collection.

But there’s more, Ignancy teased us a shot of a pirate themed something that’s coming for Gen Con this year, were just have to wait for whatever that is.

And then the  big news that hit this very morning is that they have teamed up with Stronghold games to release a second edition of Stronghold which plays 2-4 and see’s players involved in a castle siege as either the attackers or defenders. Streamlined rules, new artwork and bigger boards have been mentioned. We do not know yet if the expansion that added the undead to proceedings will make an appearance here’s hoping. 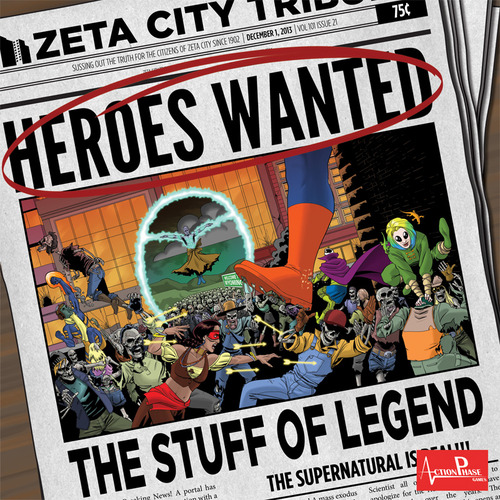 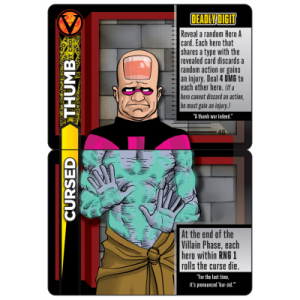 Kickstarter has been busy of late but nothing that has been blowing me away.

However I know that Ben has backed the new expansion to Heroes Wanted:The Stuff Of Legend this adds a bunch more heroes focused on the Mystical and Supernatural, new boards, mechanics and a heap of other goodness.

The base game was a great deal of fun, really captured the theme and was a solid EURO/Superhero mashup with some party game thrown in. I’m looking forward to seeing how this changes that and what new super hero goodness it brings.

Right I think we’re in danger of outstaying our welcome so I will bid you adieu. Don’t forget to like us and follow us and of course Tweet us.

I’d like to know what you think of the new RPG features, what other stuff you’d like us to cover and any other burning desires (within reason or I will set Paul on you). We have a Guild on BGG which is feeling terribly lonely so feel free to post any comments on there or email me at the site.