previous
Cadavers: World Gone to Hell
random
next
Can board games scare you?
2252 views 0 likes 0 comments

The Joy of Opening a Booster Pack 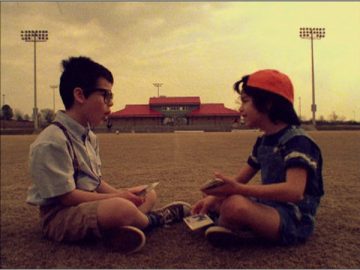 I’ve been playing a single-player game called Hostage Negotiator and writing about it on my blog. I’ve had a few delays in playing it and in publishing my thoughts, but I’ve recently got back into it. This is a solo game which I first got into shortly before the Kickstarter for Hostage Negotiator: Crime Wave. I enjoyed the game enough that I backed the Kickstarter to such a level where I would also get promo packs which contained extra abductors along with specific cards fitting to those scenarios. I didn’t expect the visceral reaction in me when I first saw those packs. 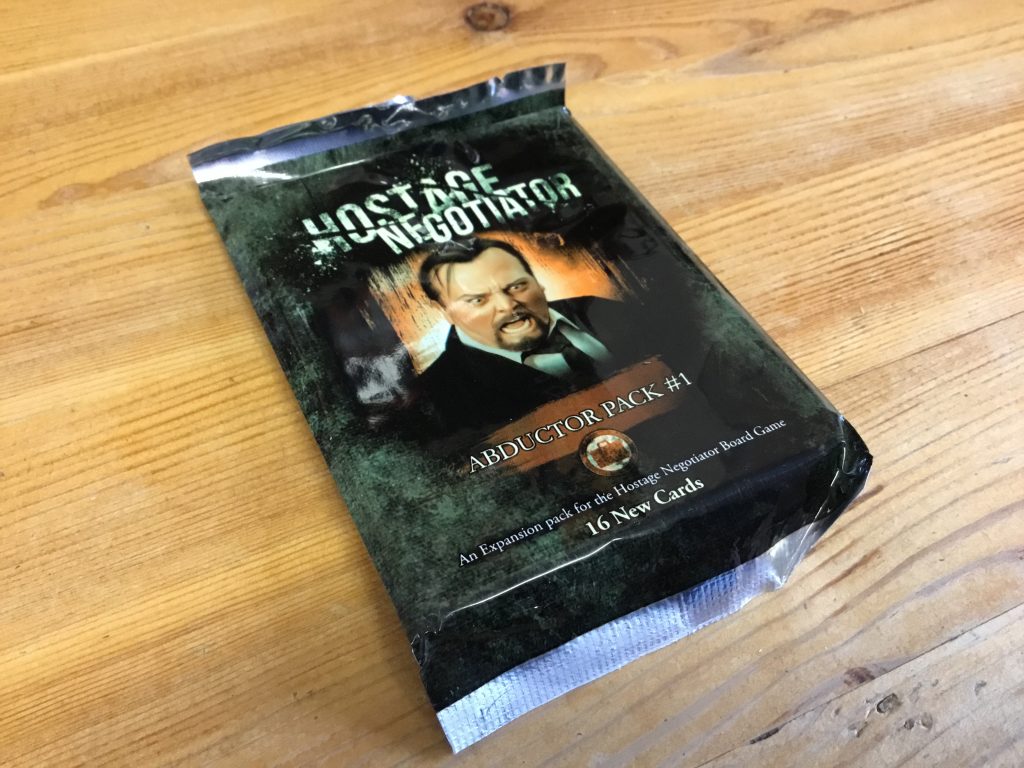 They’re in sealed little booster packs, like you’d get for Magic: The Gathering or any other collectible card game. I resolved to only open them when I had completed everything else. Well, there was a pack of extra demands for all of the abductors including the base game ones, so I treated myself and opened that.

It’s… It’s an odd thing, thinking about the opening of a booster pack. We play games and we talk about their mechanics. We talk about how they interact with each other and how we interact with one another through them. Sometimes, if we’re lucky, some people might talk about how it might make you feel. We don’t always go beyond that though to just the experience of handling the components, of the joy of unboxing. So far, the main person I’ve noticed doing this is Alex Ava, whose’s blog, Tactics and Tactility, is wonderful. They’ve written about some great experiences and I admit are in part at fault for me sharing this experience I’ve had.

I quickly ripped open Demand Pack #1, felt that brief rush of joy, sleeved the cards and carried on with my life. It was only a bit later, when I was on holiday and found a copy of the final Abductor Pack, the one which was released after the Kickstarter, that I had some serious thoughts about it all. This pack had to stay in my bag through the holiday, untouched. I had it right there and unlike the others, it wasn’t safely filed away in a box. Still, my willpower held out.

You see, I played too many CCGs as a teenager. I gave up Warhammer pretty young and went to the Marvel Overpower CCG. Then Magic, Vampire, Rage, Buffy, Babylon 5… I settled mainly in Legend of the Five Rings and Doomtown. There’s some odd kind of joy when you buy into a CCG and you get a new pack. That went away a little with time as I was able to mass-buy a box or two of an expansion to a game, but there was always that little hit upon opening a pack and seeing what’s hidden inside. 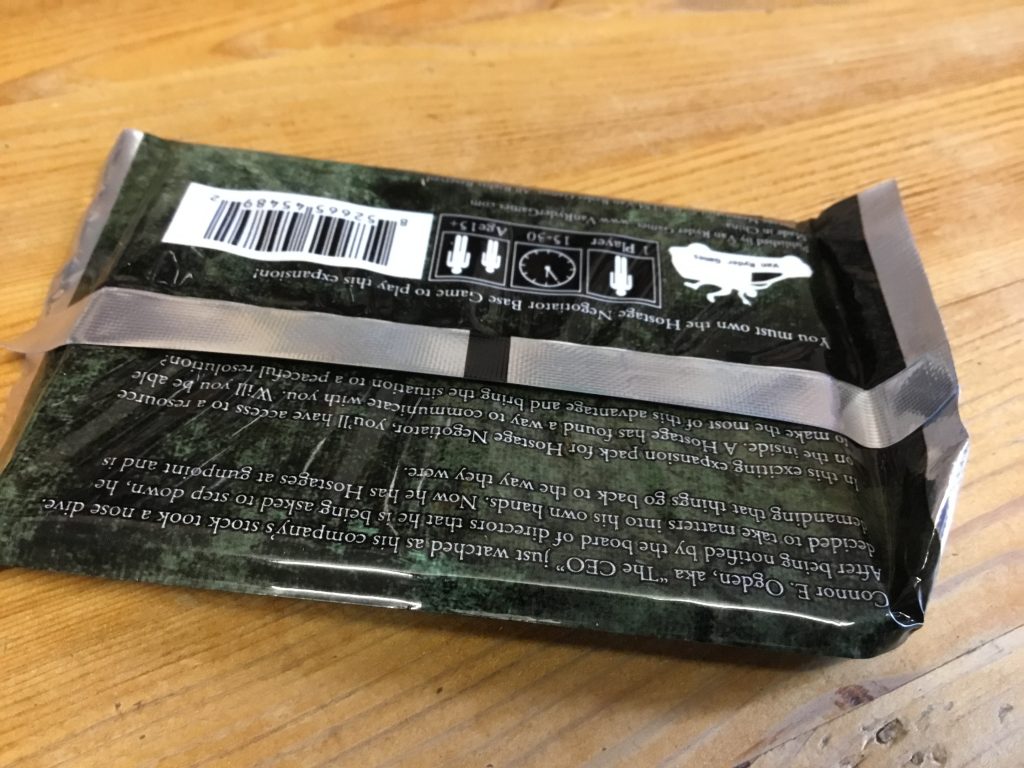 There’s the smooth feeling of the foil on your fingers, the promise of the cards underneath which provide excellent fidgeting material while you wait to open it. There’s also the seam at the back which can be part of the opening process if they’ve given you enough room.

You can use the little notch on the side to tear it open if you want but I’ve often found that somewhat unsatisfying. Instead, finding a spot on the edge and tearing is my method of choice. It’s glorious, the rip that the pack makes. It’s almost never even and sometimes separates the plastic and the foil but even that brings me back to my Magic: The Gathering days. 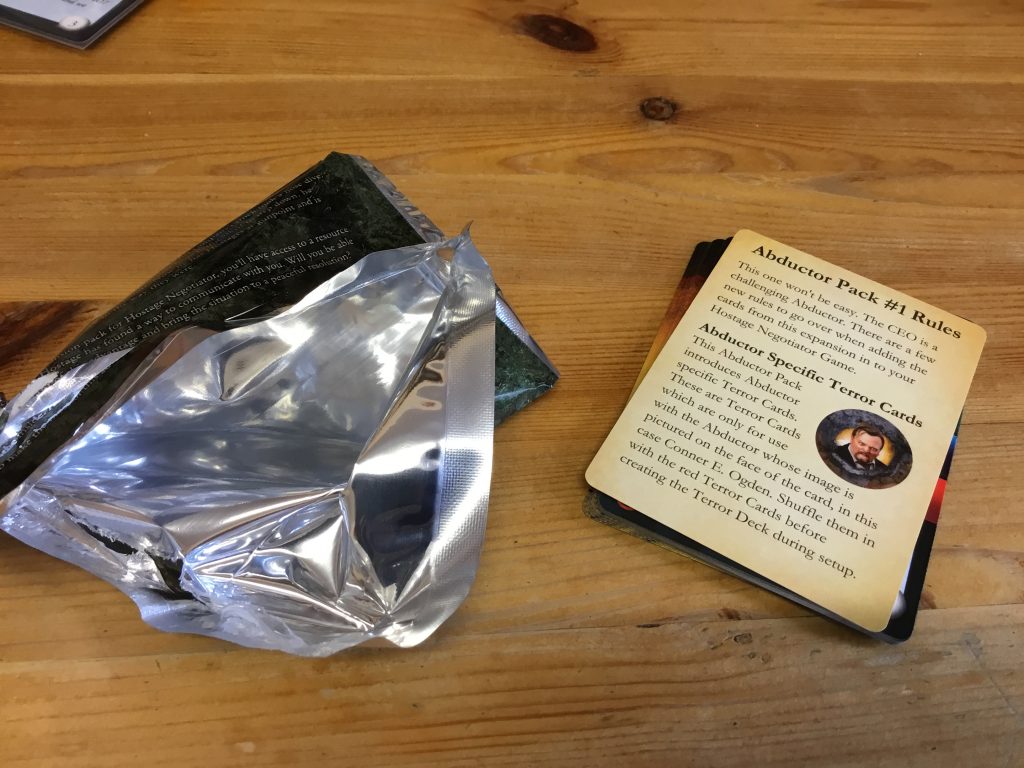 I didn’t like what Magic turned me into, so I gave that up. I bailed on CCGs which went on far too long or had too competitive a meta-scene for me to both following. This is the aspect of the process which I didn’t know I missed. Not until I opened one of these packs and felt that rush again. The smell of new cards, the mystery about what’s inside. Even in a fixed pack like these, I’ve kept spoiler-free specifically to keep that sensation, that joy. 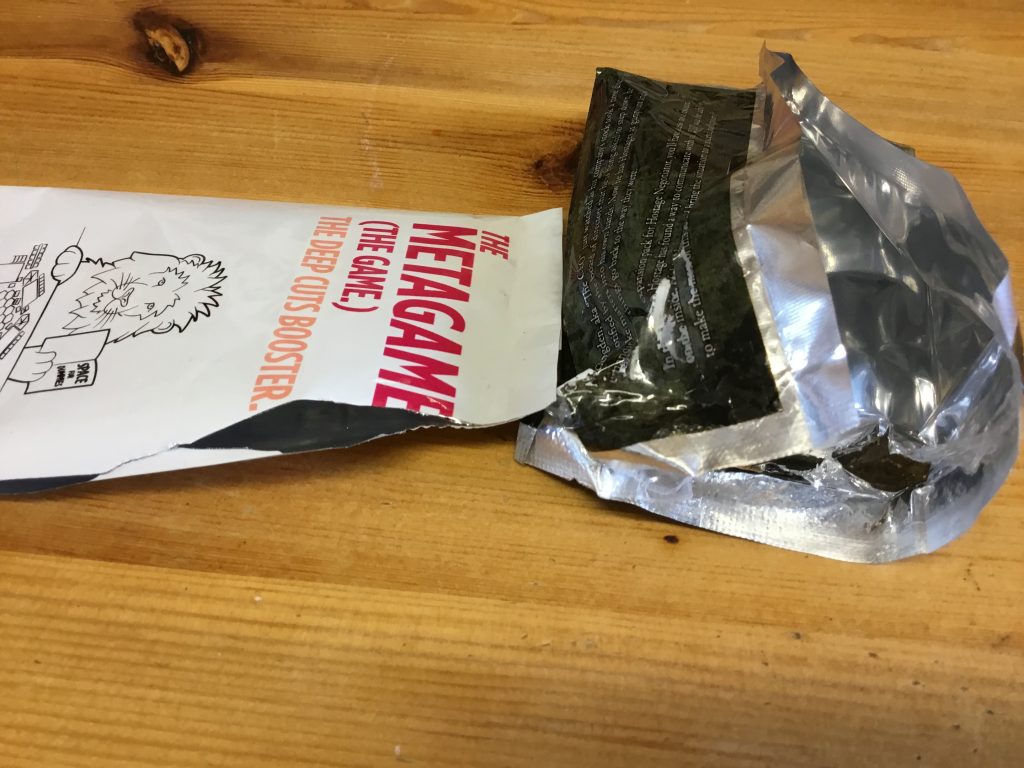 I sometimes wish that the LCG packs I got would be in packs like this; there isn’t the same joy in opening the plastic clamshell case for an Arkham Horror or Lord of the Rings pack, even though I’m likely to see more use of them in the end. Still, for Hostage Negotiator and Fog of Love, there are hidden scenarios which still lie unopened, a brief hit of mystery and nostalgia stored in each pack. I can’t wait.

I have to concur with Charlie on this, there is something about opening boosters that just tickles all the happy places in my brain, I think it is something primal somewhere in the backs of our brains channeling those carefree childhood years with my Topps Star Wars collection, sticker albums and of course those early Christmases and opening presents, before we became old, cynical and snuck a look at a corner beneath the wrap. I briefly courted this joy with Dice Masters  and probably the methadone hit to this addiction is the rather marvelous Millennium Blades. I also have a sneaking suspicion that this same buzz is a reason why I have a fond spot for Legacy games.

Who Dares Rolls Express 03 – Smoke & Mirrors
Be the first to comment!
Leave a reply »