Can board games scare you? 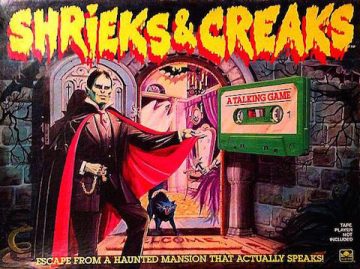 Halloween is my favourite time of year it’s like Christmas for us horror nuts. Inevitably the assortment of TV and movies rolled out to honour this grimly fun holiday are as disappointing as a wet fart in a pair of white undercrackers. Yet despite this every October there’s always a tantalising bit of excitement hoping that maybe this year is the one.

My high water mark for TV terror is the BBC’s groundbreaking Ghost Watch broadcast in 1992 written by Stephen Volk a mockumentary/reality one-off that aired on Halloween night with a cast of some well-known telly regulars. It proceeded to scare the living shit out of the UK and I’ll be honest me as well.

I bring this up because if you’ve never seen the show its well worth tracking down and also it succinctly highlights why I don’t think a board game can be scary. Other forms of media be it Video Games, Movies or TV have a bag of tricks with which to manipulate us.
Sound, visuals, set design and acting can draw you in and toy with us whereas the poor old board game has a heap of cardboard and is usually pulled out in the cozy confines of a living room.

About the only way, my board game collection could instill any level of dread would be if I sat down and worked out how much I’d spent on it. 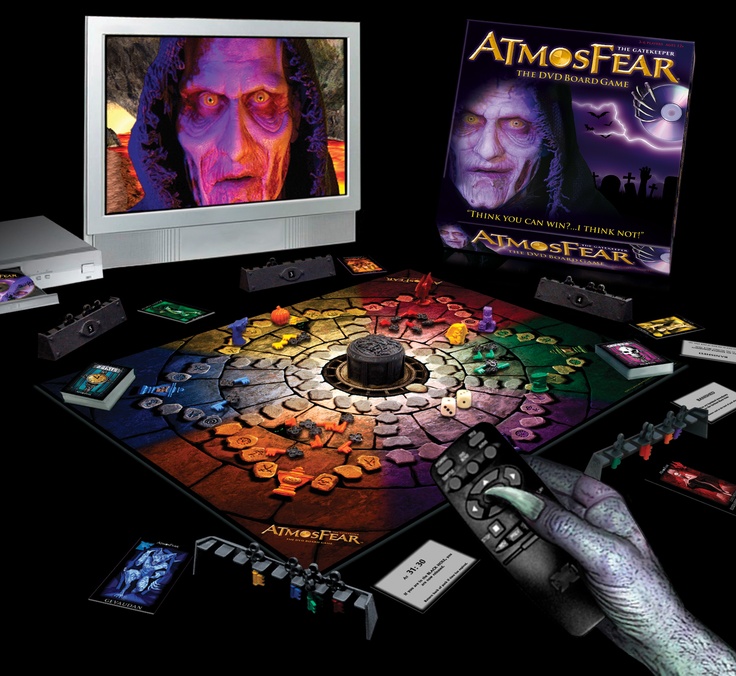 There have been attempts throughout the years. Atmosphere in the early 90’s had a pretty good run capturing the interest of the public at large offering chills and thrills via the accompanying video of the “Gatekeeper” coming off now like a cross from the Emperor from Star Wars and an internet troll spitting abuse at the assembled guests around the table. 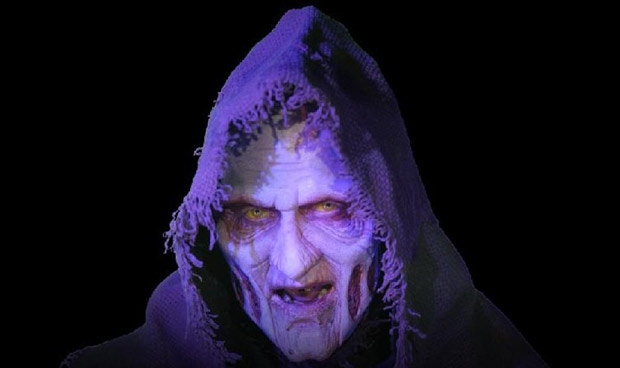 As a horror experience, it’s pretty terrible but it did have a decent stab at trying to unsettle any players under twelve it also didn’t help that the game is a rudimentary roll and move probably the one part of the experience that successfully caused any horror.

Lovecraft’s cerebral horrors are spread like thematic peanut butter and despite the abundance of titles none of them is particularly scary.

FFG’s Arkham and Eldritch horrors although at times tense experiences as you face up against unimaginable horrors are unlikely to have anyone peeking out from behind a pillow.
Mansions of Madness second edition gives us a glimpse behind the curtain of what the future of horror games may offer. Using an app to do away with all the tedious GMing the original was saddled with although not terrifying it does at least manage to instill some level of atmosphere during the evening. And I believe that this hybrid of app and board game working in harmony is probably where the future of a scary board game may rest.

Dead of Winter does get kudos for capturing the zombie theme so well with humanity as the true monsters sadly it still struggles to bring about any dread. 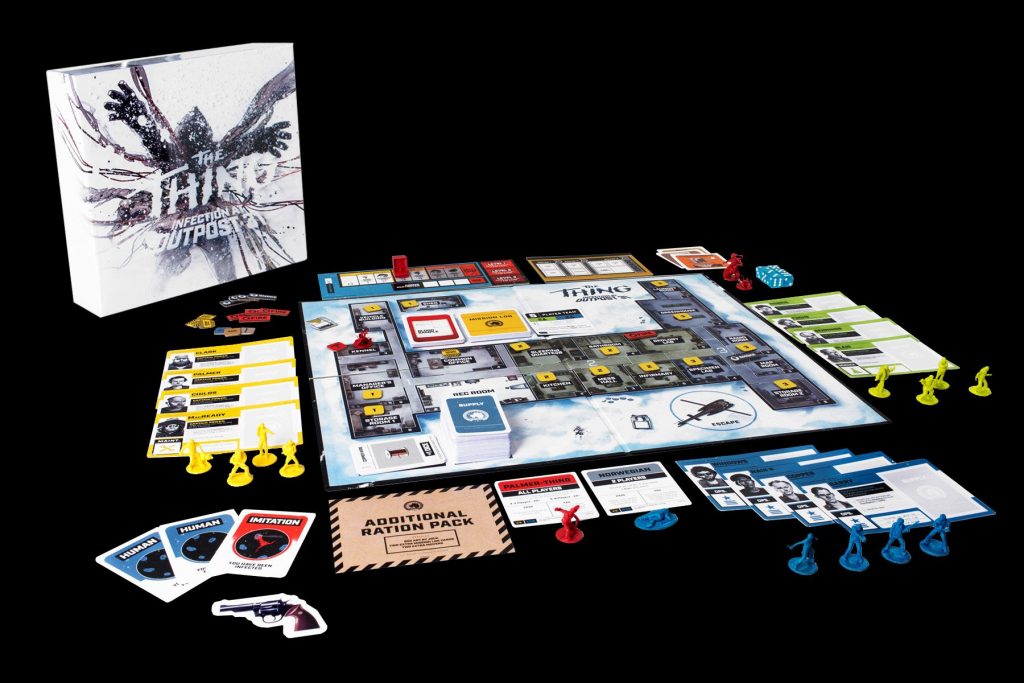 Likewise, The Thing infection at Outpost 31 gets a mention as at the full player count while not terrifying is a genuinely stressful experience and gets extra points because the film is so good. 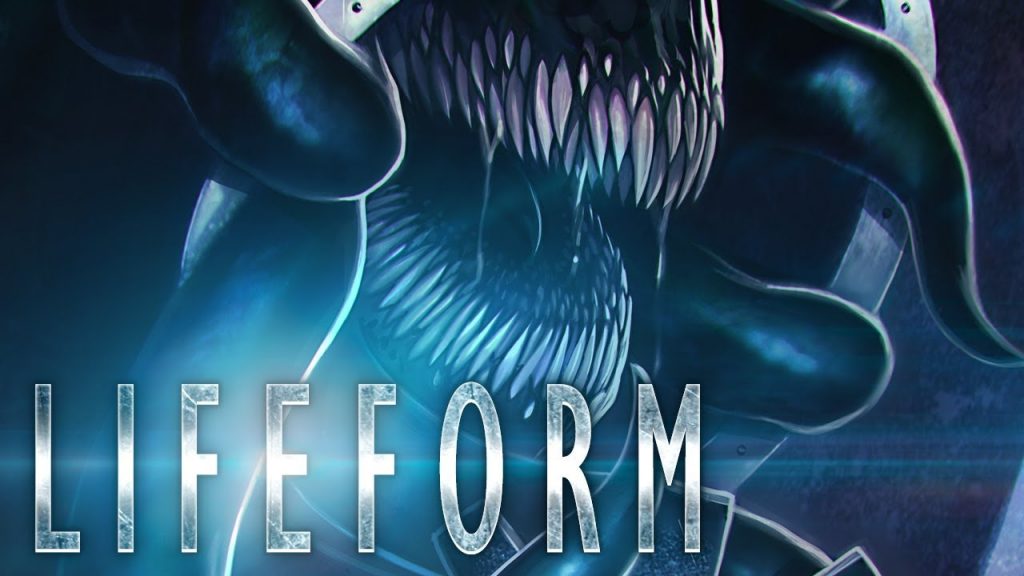 And I’m rather excited for the forthcoming Lifeform from Hall of Nothing and designer Mark Chaplin that looks to capture the claustrophobic creeping terror of Alien here’s hoping.

And it’s down to that comfort I mentioned these are experiences enjoyed in safe surroundings with friends. There is no jump scares that a video game can pull off or a knife twist of tension for that fear of the unknown as you venture into that dark basement. 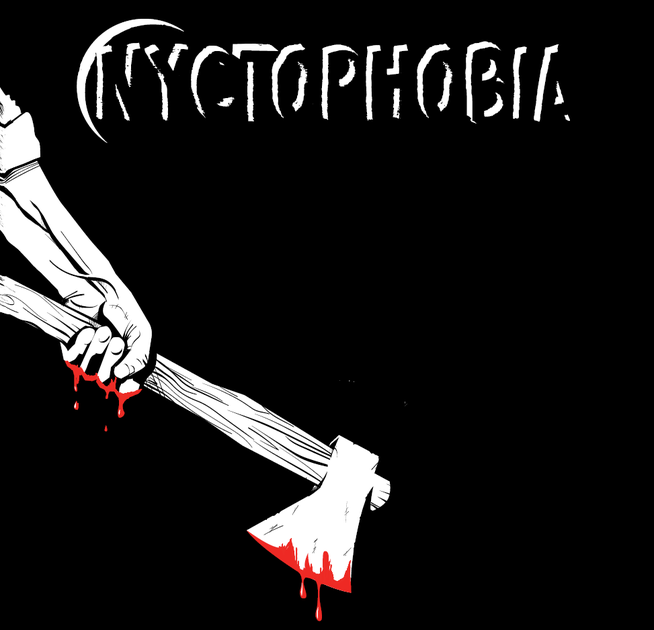 A recent release Nyctophobia has tried something new where players are blindfolded and trying to escape the clutches of an axe-wielding madman with only that player able to see what’s happening. On paper, it sounds like a fantastic idea and is interesting that its messing with players perceptions making them use touch to bumble around a maze is an interesting take on the one versus all style of game.

Dread the RPG is one that has come up more than once as a chilling evenings entertainment and my feelings are is that an RPG has the best chance of submerging a group of players into a horror scenario and eliciting genuine fear. Charlie wrote about his time with Dread and his blood splattered jenga tower here.

So after all of that can a board game scare you? at this point, I’d sadly say no, they can certainly provoke feelings of stress and trepidation and an RPG with an accomplished GM with the right set of players and location has the best stab at success. However, I think as the hobby grows and designers embrace new ideas and technology I believe its only a matter of time before we see a hybrid tabletop game that will lend itself to some creepy evenings.

For the time being, enjoy your Samhain celebrations dim the lights and prepare to be thoroughly horrible to each other.

The Who Scares Rolls Podcast Episode 27 “The Halloween Special”

THE SHOTGUN DIARIES
Be the first to comment!
Leave a reply »