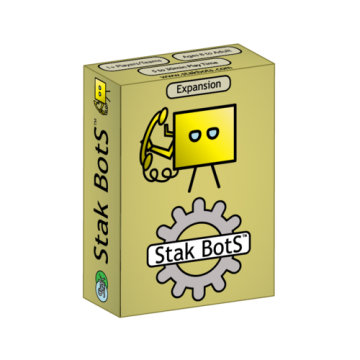 More of those little bots.
Adds even more new ways to play.

This adds a bunch of new ways to play and a deck of well balanced and cool new bots. If you loved the original there really is no good reason why you shouldn't own this as well. 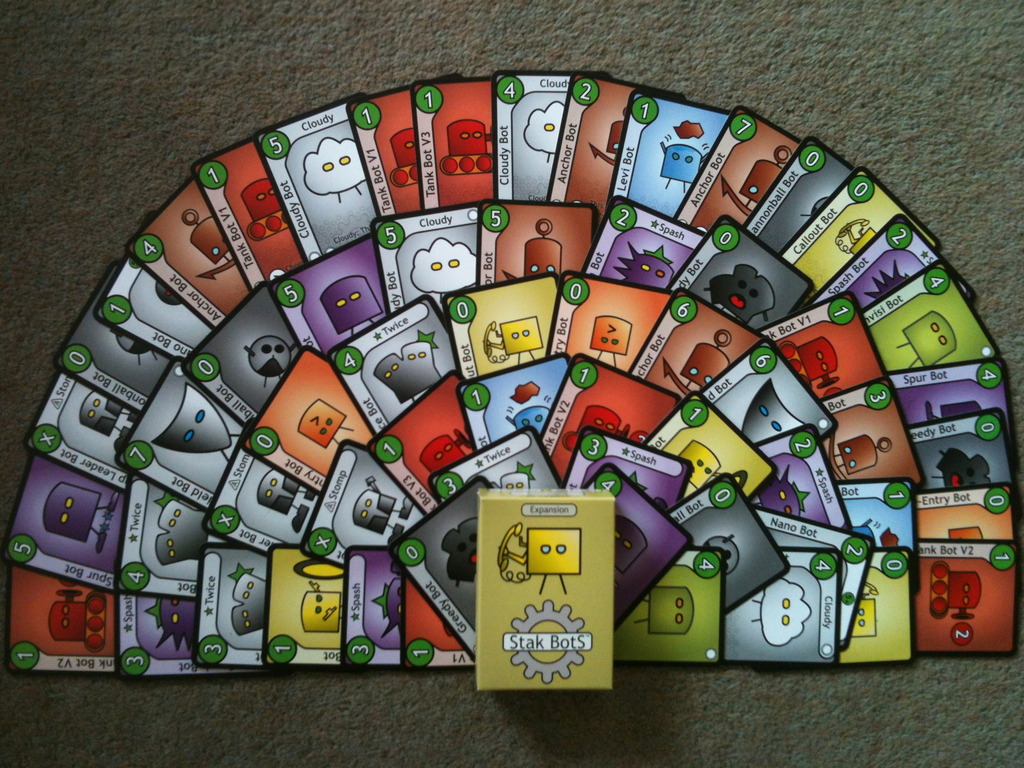 Yay! the Stak Bots are back! Those little metal bar-stewards that captured this old gamer’s stony heart last year have returned in a brand new expansion.

I’m not going to cover the basic’s this time out, you can play catch up by checking out my original review for that Stak Bots what I will say for those too lazy to hit that link or saving it for later to savor like a fine wine, that Stak Bots is cracking little filler game that takes moments to learn and bloody ages to master, unless of course your my 11 year old and then they learn it really quick and beat me consistently. Can anyone say adoption?

What we do get this set is another heap of devilish little blighters that are set to cause all manner of carnage. The focus this time seem’s to be causing mayhem across players decks. There are bunch of new entry effect cards my favorite being the Portal Bot that has the infuriating fun of zapping an opponents card back onto the supply pile, if played well will 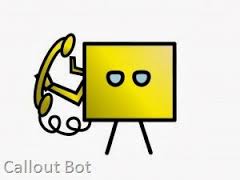 mean they can manipulate cards with entry effects affecting stacks, like the Spur Bot which has some sadomasochistic behavior where it will scrap the card below it. Just zap it back onto the supply stack and watch as your poor opponent has to pick it back up next turn, use that in conjunction with the Callout Bot (which makes an opponent play a card from their hand) and you can see the evil possibilities. Sit back and watch as your victim weeps at his rapidly dissolving stack.

There is also the addition of defensive Bots like the Cloudy Bot that stops some of those nasty damage ability cards or the shield bot that just sits there absorbing attacks. Probably the most horrid new addition of the bunch is the Nano this innocuous little git sits there all small and defenseless and then can scrap anything that comes near it with a damage higher than five, wait until someone has loaded their stack with vicious over powered leader bots and other assorted robo thugs and then set this little Terminator wannabe to work. 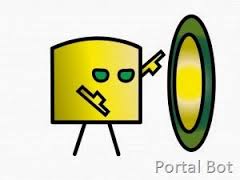 So there is a lot of new stuff in here and we also get a bunch of new ways to play, a Solo mode, Survival or Quickfire, there are also some 5+ player suggestions which I want to give a go as that could be carnage. What I loved about the original game and this set is how versatile and tight this game is, you can mess around with decks and cards and it all still works. I’m not sure if Tom Norfolk the games designer is some mathematical genius or gaming magician channeling the mystical cardboardy arts because this game is really well balanced despite the utter mayhem that can take place each hand.

Right about now i’m sure you saying I’m sold where can I get one, ah well there’s the rub this is currently only available to those sensible people who backed the Kickstarter from last year. But fear not the expansion is going on sale at the end of May at the UKGames Expo in Birmingham and hopefully onto the official site shortly afterwards. You can pick yourself up the original game from Tom’s site right now from HERE which is the best £7 you will spend this year.

I can’t wait to see what he has up his sleeve next, either more decks or maybe something a bit grander and bigger. Ollie my 11 year old has already started on variations of his own and is obsessed currently with coming up with a version of the game where you build giant bots by combining numerous smaller bots to make some huge killer beast. He’s not actually got this to work yet but has been quietly whittling away in his room trying to make this deranged vision work, I await with trepidation.

And I think that sums this great little game up, it really captures the little ones imagination and is something that can be truly played by all ages, I’m unashamedly enjoying this and will continue to do so.

Go and buy yourself a copy already!