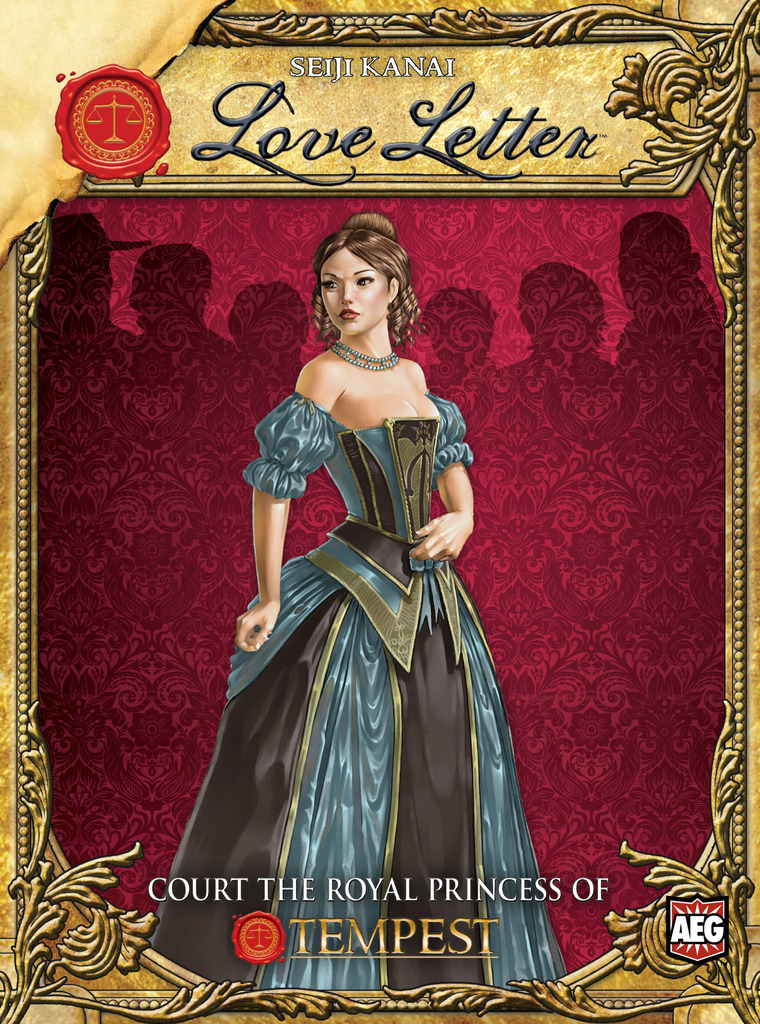 Fast and easy to teach.
Portable.

You don't own it yet?

This is the one that started the mico game revolution and is still one of the best. There are about seven hundred different versions of this now, so pick the one that appeals most to you. A great simple and brilliant card game. Highly recommended.

Ah, can you feel it? that warm breeze brushing lightly against your cheek. I’m not talking about great uncle Albert and his explosive flatulence but the first blush of romance as spring nears. Yes its nearly Valentines day and so in a completely non commercial or exploitative bit of media saviness we present to you the gamer’s equivalent of a Richard Curtis movie. 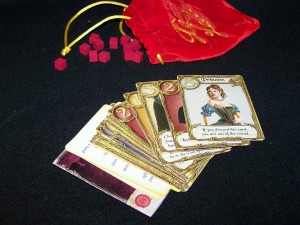 Love Letter. Originally released back in the bygone days of 2012 has subsequently been republished several times since with a variety of different art and themes. Whatever version you settle on they all all have one thing in common, a small but brilliant game. 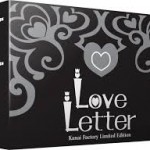 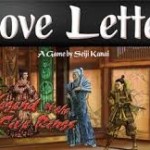 So straight out the gate, shock number one. This game is only played with 16 cards, yep you heard me just 16. And if you are thinking well what sort of game is that? Just hold on there buddy! I hear you. When I first picked this up I was met with the same sneers of divisiveness from my group, and I have to admit to being a bit skeptical myself. There was the small pool of cards and it was a game called Love Letter! And to make things worse it came in a red satin bag and had princesses and princes in it, and it didn’t get any better when I explained the story.

You play some frisky member of the royal court trying to sneak your grubby little ode to true love to the nubile princess and so win her heart, frankly I don’t understand why you can’t just tweet her.

OK, so all flowery fonts and misplaced tragic love aside, at its core Love Letter is a bluffing and push your luck game. Each player’s dealt one card. On your turn you take another card decide which one you want to discard, once you do its played face up in front of you and you apply its effects. 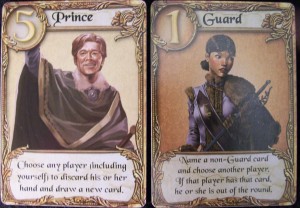 What adds the whiz and pop to proceedings is those card powers, at a glance they all seem rather simplistic. There are a variety of these, Guards for instance allow you to choose a player and name a card, if they have it their hand then its curtains for them, they are out of the game and don’t get any special princess time. There are also a couple of Handmaid cards which are great because if you play one it protects you for that round, giving you a moments peace to speculate on the inhumanity of man to man, and watch it in action as the others at the table do unmentionable things to one another.

Or maybe the King that will allow you to trade hands with another player, which can also backfire hideously if you land yourself a great card and the player to your right gets an inkling. And then hits you with a Guard.

And so it continues until either only one player is left standing, or the deck runs dry. In the event of that happening then whoever is holding the highest ranked card wins, if its tied then its whoever discarded the highest value of cards. Taken out of context the card powers appear nothing particular special but once added to the whole some powerful alchemy happens. 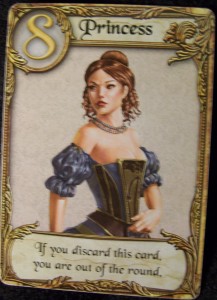 The strategy behind this simple little game materializes after you’ve played a couple of times. When you are comfortable with what each card does you can then start playing the meta game. As an example the Countess at first glance whilst the second most powerful card is nobbled with the fact you must discard her if caught with either the King or Prince in your hand, well that’s fine but what if you junk her when you don’t? And its not just your cards, we started to formulate tactics based on our opponents play style and hands they always seem to have. A favorite at my table is on the first round if you start with a guard is to seek out the Handmaids (a power card in the early rounds) if you can bag one you can take out a player early and avoid them safely sitting out a round. And most importantly annoy them because they smugly thought they where about to be immune. And for some reason its always poor old Bob gets picked on because he always has a handmaid, I’m not sure on the miss to hit ratio on this strategy, but its always satisfying when we do catch him with one (its his own fault constantly turtling under their protective shield).

Considering the most cards you ever hold in your hand at one time is two, there is a insane amount of strategy going on here, hitting a great two card combo of say a Priest (look at a hand) and then a Bishop (compare hands loser goes out) offers tantalizing possibilities, take a look and if your opponent is holding a low card you know you are in a power position to maybe take them out next round, you just have to pray the next card you snatch from the deck trumps theirs. Well that is unless they counter with a hand swap or unlucky for you pick up a more powerful card. And of course if you do take them out successfully then you will be announcing to the table you have one of the rarer top tier cards, and then make yourself a target in the process.

Seniji Kanai the games designer is a genius, a sort of micro-game-surgeon, how he managed to combine so much deep strategy and bluff and counter bluff in such a tiny tiny game still boggles my brain. The hints where that he could, 2009’s Chronicle a trick taking game twisted the rules with some clever card powers (well worth a look and review is coming), which no doubt led to Love Letter. If after all that you still need some convincing then I will look to your wallet, this is available from most retailers for under a tenner. With the sheer amount of replay-ability and speed to get through this will have paid for itself after the first night.

Not that this is one of those one night stands, no this will be a brief romance all fluttering heart beats and sweaty hands followed by a long loving relationship filled with sappy montages and happy memories. (i’m not referring to Bob).