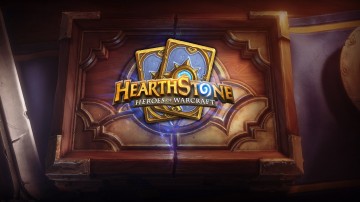 Great tuition system, gets you up and playing in no time.
Easy to grasp interface.
Very polished.
Opening virtual card packs.

This is a great game, its free and you can get away without spending a penny on this and still have a lot of fun. It has a lot of depth and strategy that is really only now becoming apparent.
I highly recommend given this one a shot. 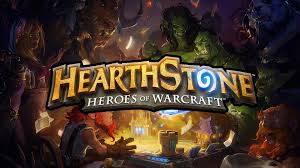 OK so yes this is a game on a computer. Don’t panic this isn’t a sudden departure for the site into video game reviews, but I have been playing this a lot and its at heart a CCG similar to Magic. If you are unaware Hearthstone is Blizzards grab for the online CCG market, pretty much owned right now by Magic The Gathering.

Its tied into their really rather successful MMO World Of Warcraft featuring some well known characters from that universe, but this is a stand alone CCG game, you can happily play this we no prior knowledge of the parent game. The game has just moved to open beta, so you can get your mits on it right now HERE.

Up front this is a whole lot of fun. Typical of Blizzard this thing is polished and buffed and to call it a Beta is to do it a disservice, this is a finished game. They are currently using the time to sort out some balancing issues with cards before this baby goes live, and when it does I suspect it’s going to be pretty huge.

So straight off yes this game includes micro transactions – you can spend money on this, and much like real world CCG’s those who are going to be spending large chunks of cash are going to get the better decks. The store is already working on the beta, whatever your opinions on that they have confirmed that any cards purchased in Beta will still be in your decks upon release. There is an in game currency that you earn from completing daily quests which can be spent to buy new decks or enter into an arena mode. So you don’t have to spend anything on this, self control will be your wallets friend. 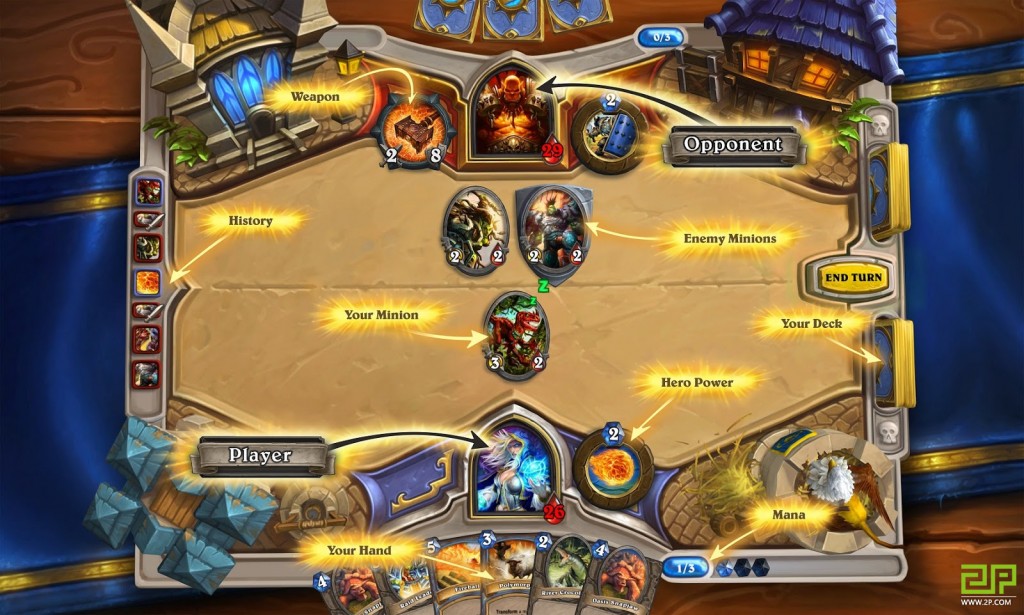 To play its very easy and intuitive, if you’ve ever played a CCG you’ll pick this up very quickly. You start by selecting a deck to play from nine different heroes ranging from mages to warlocks or paladins. Each hero has specific cards only available to that deck and a specific power. You gain more of these basic cards by leveling up the character until you have opened the basic set. Everyone also starts with a pool of the same basic cards which are used to fill out the rest of your deck.

To start you are best just playing with the starter decks until you’ve leveled up your character, and you can play any of them, there is no cost for this. You start by picking your starting hand that will be three random cards from your deck, you can choose to swap any of these for another random card once at this point, if you are going second you will also receive an additional card of mana the in-game energy used to play your cards.

Each card in your deck has a mana cost to play, in the early stages of a game your mana pool will be only 1 and slowly increases by 1 each round, so as you progress you will be able to play the more powerful cards or link together combo’s of the lower cost cards.

Each of the different decks do play very differently whereas a Warlock might be more about direct damage to your foes and lots of sacrificial cards that steal you own life for greater and greater damage against your opponent. To the paladin who’s deck can be stacked more towards building an army with a strong amount of health buffs.

At first glance this does seem a very simple and intuitive game and it is, but only when you start to learn the strengths of the different decks and cards and gain more do you start to see all the hundreds of different tactics you can employ. 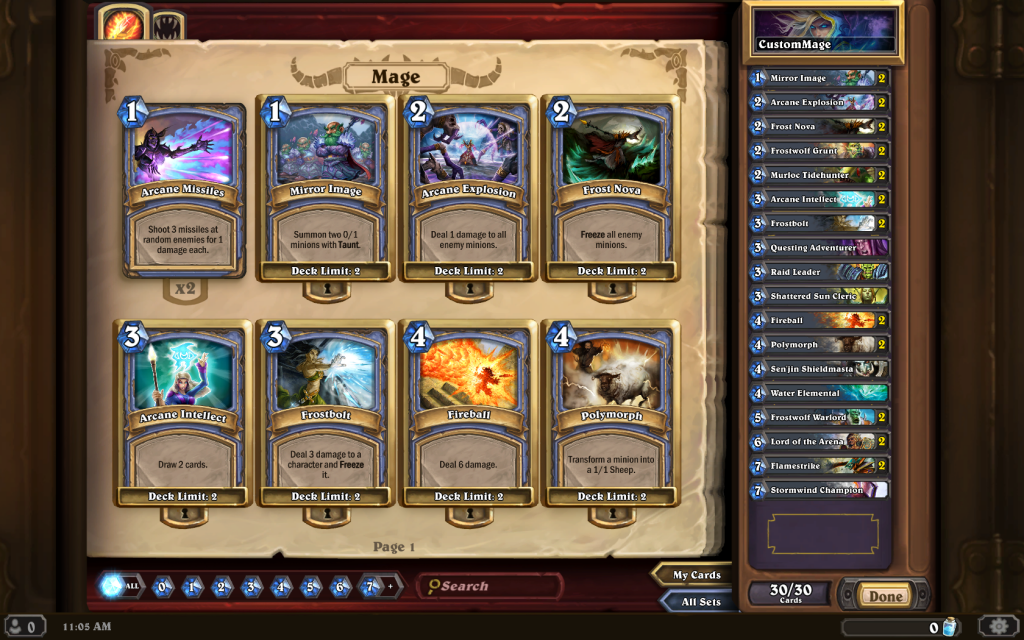 The game also comes with a deck builder where you can start to build your killer Mage deck, here you can use all you special cards and the base cards and any of the others you collect along the way to build decks, and this is where the meat is. Just like a traditional CCG there are brain boggling amounts of combinations of how to play these decks and link cards and every time I’ve played I’ve spotted more and more ways to link different cards for different effects.

This game is a real time sink if you let it, because you can spend hours creating custom decks trying them out and then going back and refining them, and of course every new card you get can alter completely how your decks are played.

As with all CCG’s there is the luck of the drawer, if you don’t hit your cards at the right times all your planning and tactics can be useless so its all about balancing those decks to get you out of those tricky situations.

I’m loving this, its easy to pick up and much like their flagship Warcraft game this is devilishly addictive.

I mentioned earlier the Arena mode and in this you pay to enter a duel where the more games you win the greater the rewards. You don’t take your decks into this instead have to build a quick deck from the cards that it makes available to you and one of three random factions. Its more challenging and  not for novices, you really need a good understanding of your cards an strengths before giving this a shot. But if you can rack up some wins here then you will be nabbing lots of shiny’s. 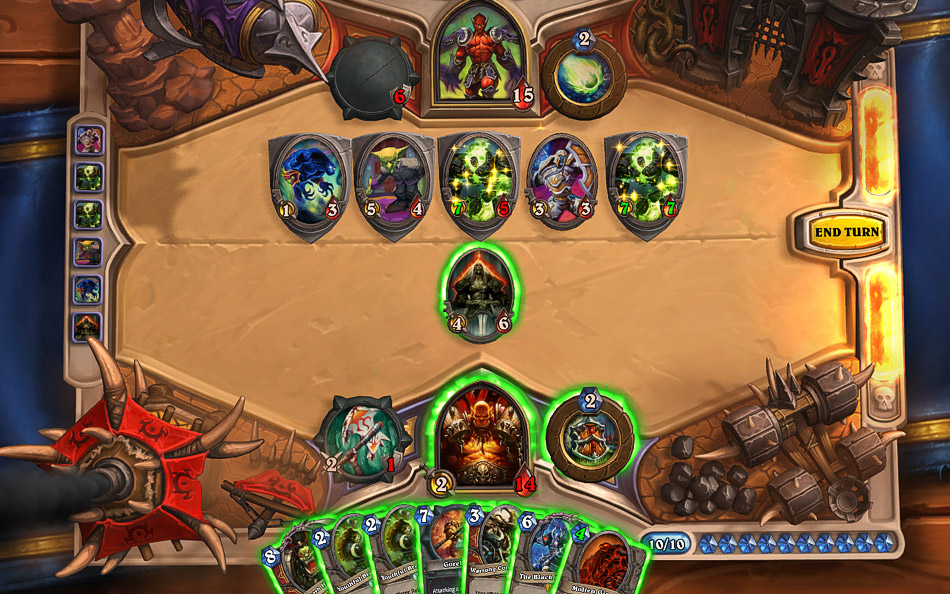 I’ve really only touched the surface here, you can disenchant surplus cards to make more powerful ones for your decks, giving you a chance to nab some of those rare cards. This is a slick and fun experience and all I can really say is go and give it a try, its free. You will have to create a battle net account but then there is no push to spend cash, you can slowly build your decks just be completing the daily quests and earning gold that way.

Loving this, go and get yourself a login and start playing. And add me as a friend and lets bash heads. Be warned there are some seriously good players out there, so don’t be put off if you find yourself getting battered early on. Keep an eye on how they are using cards and what combo’s. Every day is a school day.

My ID is Flashman69 I’m waiting. Are you ready?