Board Game News On a Monday!! Whatever Next! 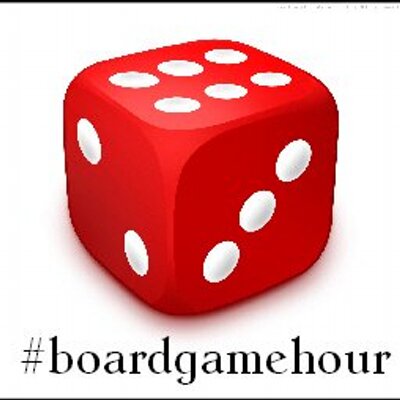 It is Monday? . Gah! well its the news on nearly Monday. So been a tad busy over the last couple of weeks, the Games Expo was amazing and crazy and cool and also took me out of the web loop for a tad. But now back at the old keyboard and ready to tappy tappy.

So following my mugging at the expo by Zombicide Season 2 – of which an epic game unraveled through the night involving the murder of countless hoards of the undead and me attaining a legendary status by petrol bombing about 80 of the rotting gits, I became a bit besotted by this miniatures jammed box of fun. And look there is more coming. 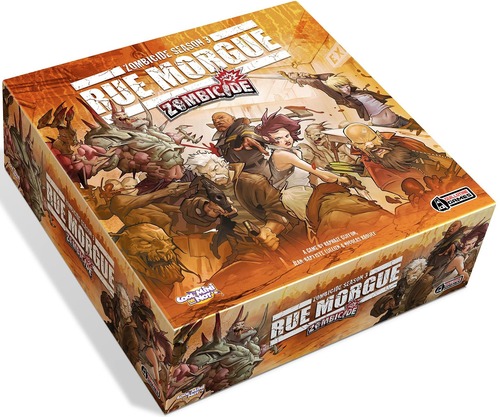 Lot of fun in these boxes and I’m now a convert. Full review of season 2 coming along. But for those on the fence who enjoy a bit of co-op mayhem this is a very cool and fun series. I’d liken it to a board game equivalent of Left 4 Dead. The season 3 kickstarter launches later this year, so start saving. 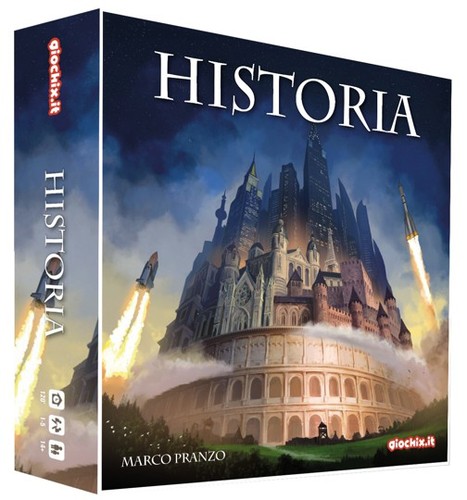 Here’s something that sounds interesting Historia Coming in September 2014 this looks like a chunky Civ style game, the box art looks a bit epic. Here’s what the publishers had to say about this.

History is made by strong leaders and wise advisors, by conquests and discoveries, by wars and trade and amazing wonders. Historia is made by you.In Historia, the players guide their civilization through 12,000 years of human history, from the first sparks up to the development of Singularity. Civilizations discover new technology and expand over the planet; they trade with more developed neighbors to import new technologies or exploit the land to have more power for future actions. Civilizations develop their military and wage wars with each other. They build wonders to make their civilization stand above others and to eventually attract tourists and newcomers to their land to follow their leaders and use their national advisors.Historia is a civilization game for 1-5 players that takes 30 minutes per player. A set of action cards is available to the players to guide their civilization, and used actions form a discard queue from which they are taken back into a player’s hand during the game. Wars and raids are carried out in a non-disruptive way. When modern times have been reached or the Singularity technology developed, the game ends and the player with the most VPs wins.A solo Historia variant with A.I. bots is also available.

I have a stack of games to get through for reviews and just to play so expect lots of updates as soon as I can. On that pile at the moment and in no particular order are Sail to India (this looks so cool) Boss Monster (thanks wifey for the fathers day present) Coconuts!, Ivor The Engine and some smart little card games from Andy Hopwood go check out his stuff at Hopwood Games.

Other stuff of interest Z-Man Games have just released a retro style trailer for The Battle At Kemble’s Cascade. I’ve been keeping an eye on this and does look fun, but the early preview I saw also made it a bit too fiddly and rules heavy for what should be a light and fun game. Will wait and see what we get nearer to the GenCon release. Here’s the trailer to whet your appetite.

In the list of other things to do when your not playing board games! Not that you wouldn’t want to play board games are… Board Game Hour every Monday at 7pm  this little international gathering of like minded types meet for a manic hour of twitter fun and games. Go and join the fun @boardgamehour

Kickstarter stuff happening at the mo. Well if you move very fast you can still get in on the excellent Luchador! Mexican Wrestling Dice second edition. They have now blasted through a bunch of stretch goals, its a light but great little game and have played it many many times and its a lot of fun. And now it has custom Meeples. 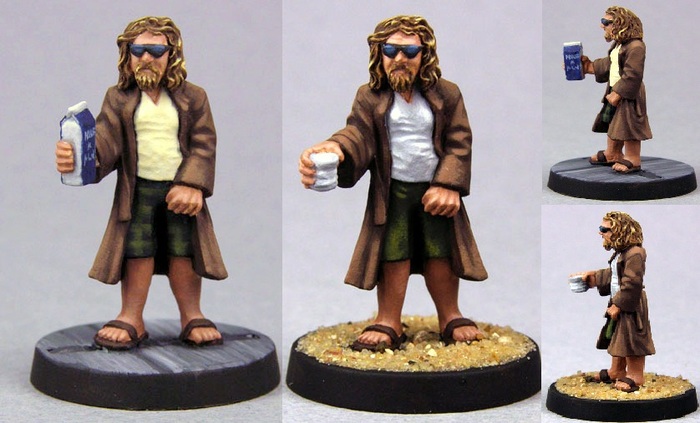 Fancy pimping out your existing games, well there are a couple of Kickstarter’s vying for your attention. In the just a bit cool and something I’d like pile is the Little Urban Achievers miniatures from Impact Miniatures. A set of mini’s who all look very much like the cast of the Big Lewbowski now who doesn’t want to bring a bit of Coen brothers cool to their board game table. 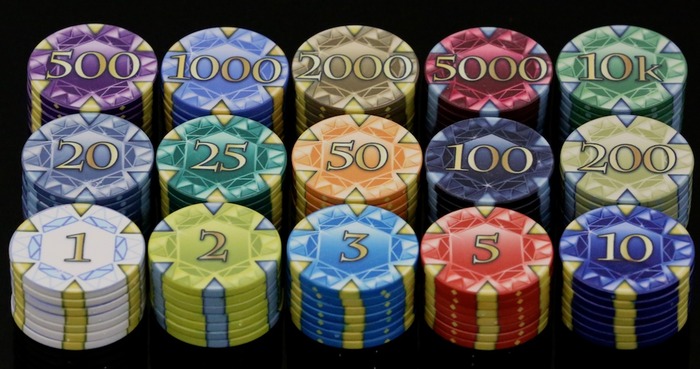 At the more premium end of the market are the Gem Chips from Game Knight. A set of casino quality chips for using in your games. They look sweet but do not come cheap. But you are getting some mighty fine goodies for your money.

In the Kickstarter hall of shame this week we have some more delights.

How does Credit Scores the game grab you? Yep teach your kids how best to get credit whilst running up credit yourself backing this game… 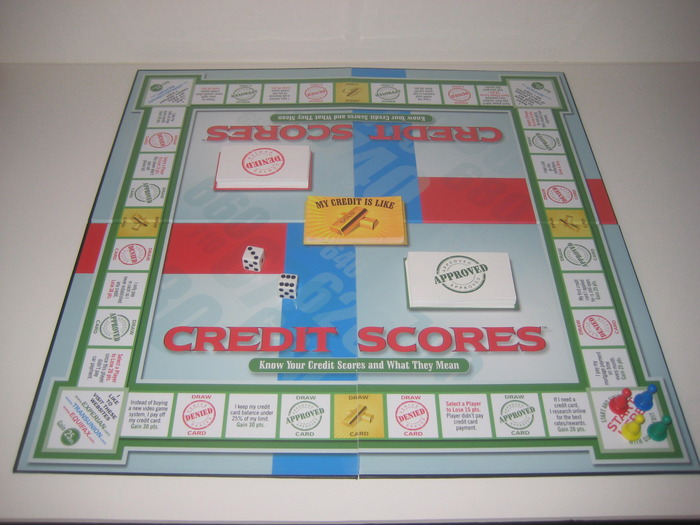 Well at least it isn’t a Monopoly clone.. Oh shit! Personally this seems very wrong on many levels.

Following in the wake of that we have Beat The Bank 2 (there was a 1?) by Eugene. It has a video that involves 5 minutes of footage at jaunty angles of the napkin that Eugene has scrawled on between hits from his crack pipe. It may yet make funding Eugene needs $20 to hit his goal. And for the sweet deal of only $50.00 the only available pledge level Eugene wants your address and money. Eugene when you’ve finished on the pipe can I have a puff I can feel a spontaneous pledge coming on. And if you are in anyway not convinced of Eugene’s credentials, why he offers up these sage words to put you into a mellow velvet pledge place.

This game have been approve by  Davidson and have been patten searched and is ready to be built and color scheme by the marketing team and was consider for potential purchasing. This game is under confidentaility with the Davidson Corpration pictures are unexposable for this game at this time. But later on approval of this project by kickstarter.

Who is Davidson? well whomever he approves so who are we to argue. 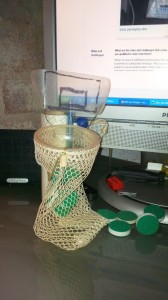 And in the world has surely gone mad. Kevin in Leicester wants you money to make you   sorry The Amazing Super Playing Game Disks… Kev, um these are tiddlywinks right?

Just think
– in the future we could all be shooting aliens or monsters with new style tiddly winks !! 😉

Aha. Right Kev that sounds… amazing. Kev has been working on this for 13 years according to his page… let that sink in. Next up we’ll have that big C problem licked.

And on that disc flicking conundrum I think we will draw a veil over these proceedings.