previous
The Best Dogs in Board Games
random
next
Ragnarok For CMON?
3433 views 0 likes 0 comments 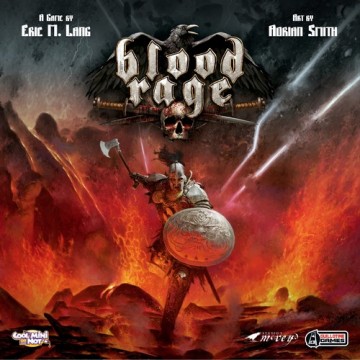 This news  hit late last night at the end of the Project Elite kickstarter, but yes CMON have decided to bring Blood Rage back to Kickstarter in a new digital iteration!!

Here’s all the words that they said…

Blood Rage Digital will be the next Flash Kickstarter campaign by CMON. Featuring Multiplayer and Solo options, the core game as well as many expansions, a customizable AI that can be used to introduce new players to the game or challenge the most strategic Vikings out there, and graphics that will put you in the middle of a war at the end of days, Blood Rage Digital is perfect for any fan of the Eric M. Lang original masterpiece. If that is not enough to get your Norse spirits fired up, this short campaign will also offer a few amazing promos, like new versions of the four exclusive Monsters only seen in the original Blood Rage Kickstarter, and the all-new Stag Clan!

As can be seen they are going to be doing a first for CMON reprinting previous KS exclusives! To appease the previous backers and no doubt get some of their hard earned cash these will be brand new sculpts. The original Blood Rage raised over $900,000 with 9,000 backers back in 2015 which seem’s almost quaint now.

Normally I’d get all sniffy and call cash grab, but as Blood Rage is a fantastic game and one that I’ve seen return to my table many times this has me stoked I missed out on the first Kickstarter so an opportunity to get my hands on some of the bling made a little bit of wee come out!

No word on exactly when this goes live but we imagine January looks the likely time in a flash funding that’ll only be active for a couple of weeks.