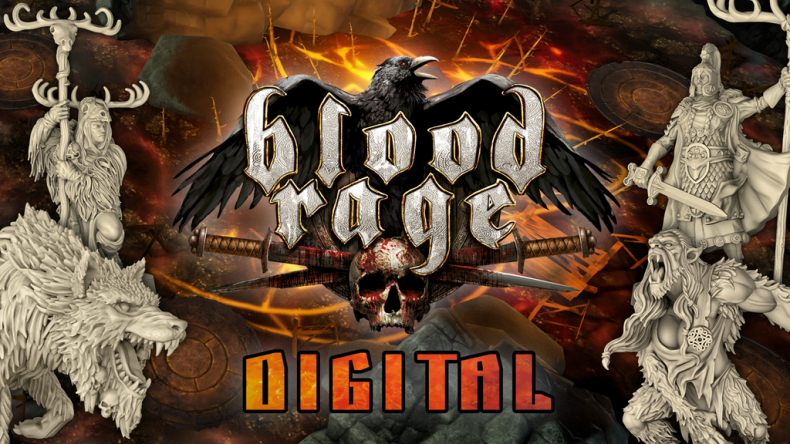 Blood Rage Digital launched yesterday on Kickstarter and in a scant few hours, surpassed its $50,000 funding goal. No real surprise, Blood Rage is Eric Lang and CMON’s crowning glory and my favorite of their games so a digital implementation of that seemed a cracking idea.

However, let’s cut to the chase because this project is less about the digital game and all about being the first time CMON will re-issue previous Kickstarter Exclusive content.

Blood Rage was huge on Kickstarter for its time but more importantly, it’s a game that has remained in the spotlight over the years, with many fans coming late to it having missed out on that exclusive content.

CMON’s pre-release hype for this project seemed directed at those that discovered Blood Rage at retail giving those fans an opportunity to get the four exclusive miniatures up to now only available for hugely inflated costs from the secondary market.

Recently CMON’s failing fortunes have been reported, their share price has plummeted like a Lemming on a cliff edge and combined with some less than successful recent projects it seems logical they were looking for a chance to rekindle some of that old magic. Cue Blood Rage Digital.

But now here’s the rub.

Let’s deal with the first issue $60 will bag you those four new sculpts of the previous miniatures and a brand new Stag Clan and it’s shiny clan markers and score trackers etc. Oh plus P&P.

Seems pricey right? I mean the pledge for the original game and all those exclusives was $75, and if that doesn’t sink in than this handy graphic helps. 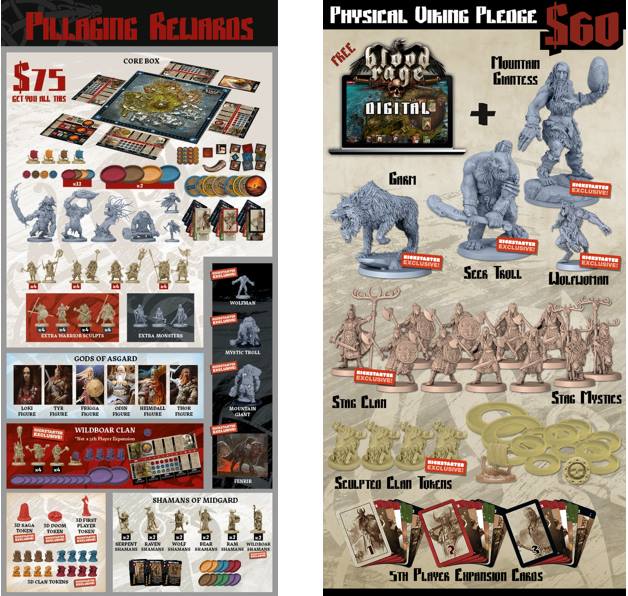 What’s wrong with that picture?

And that Stag Clan stuff the clan markers, well if you picked up Blood Rage at retail (which this project predominantly seemed to be catering for) then you won’t have any of the shiny clan goodies for all the others. Huh… Well, that’s crap.

This whole project feels less about making good by CMON’s fans which is how it’s been sold to us and more an opportunity to get ahead of the curve and scalp us before anyone else can. At this point, CMON’s behavior is more reflective of the Fuck You! and give me your cash mentality we’ve seen from video games companies like Blizzard or EA.

It’ll be interesting to see how this plays out. Currently, everything is looking like this will be lucky to crawl over $300,000 as the cash seems to be slowing to a trickle.

This all makes me sad, I was happy to be first in line willing to cough up a reasonable amount to get hold of these figures and the digital game. Nothing about this project seems reasonable it feels like a desperate company trying to profit off of its loyal fan base.

Who Dares Rolls TV – The Not the Post EXPO Episode.

Board Next Door with The Broken Meeple
Be the first to comment!
Leave a reply »