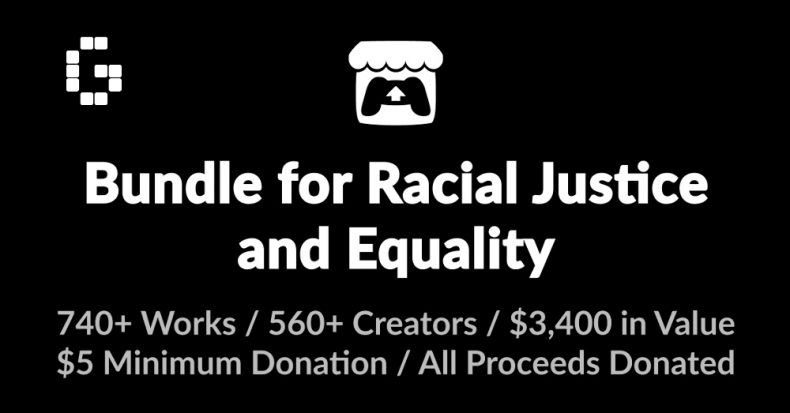 Before I go any further, it should be said that Black Lives Matter. This isn’t a topic up for debate, this isn’t an opinion. Fascism is a garbage ideology no matter whether it’s ironically said in a Cards Against Humanity game or genuinely seen online or in real life. George Floyd, Breanna Taylor and so many other people have been murdered by police because of the racism infused and ingrained into police culture, but also our society. We’d like to think it’s just America and it is a massive problem in America, but it’s also a problem here. It’s not enough to sit idly by and say you’re better than racists because you’re not actively being racist. That kind of South Park centrism is also bullshit. You may be able to tell, but if you’re pro fascism or anything like that, Who Dares Rolls isn’t for you. I’d say ‘get in the sea’, but there’s enough garbage there already.

A lot of people are self-isolating at the moment, as we are still in the middle of a pandemic and being governed by people who don’t appear to know their arse from their elbow and certainly can’t be bothered quarantining either. As well as protesting and signing petitions, there are also a lot of organisations which could do with your financial support, and that brings up to our topic.

Itch.io has been an incredible resource for roleplaying games in the last year or so. It may have been going for longer, but I first noticed it with the Sad Mech Jam. There have been game jams spawning works from newbies and veterans alike. There’s been a real escalation in the visibility of the South-East Asian RPG design community (RPGSEA) and people stretching what a roleplaying game is.

Recently, a bundle of games was launched, The Bundle for Racial Justice and Equality. It supports the NAACP Legal Defence and Educational Fund, along with the Community Bail Fund. They’re both good causes and have a minimum buy-in of $5 for the bundle, although you can (and should) pay more.

At the time of writing, there are over a thousand works in there, featuring mainly video and roleplaying games, along with some comics, novels and albums. There is a dizzying amount of people’s art which has been provided for the project, to encourage people to donate.

I’m only going to focus on the RPGs at the moment, but I thought I’d point out a few different games which I love and are easily worth your donation alone. These are games I have varied levels of experience with, which I’ll point out:

Blades in the Dark is one of my favourite RPGs of the last few years. You play a gang who are trying to make it in the eternally dark and haunted city of Duskvol. Unlike a lot of heist RPGs, it gets into the action immediately and keeps momentum going as you play with flashbacks and ‘devil’s bargains’ with the GM. I’ve run a campaign, several demos and even been able to play it once. It looks complex as the author, John Harper, loves clocks and tricksy looking sheets, but it’s pretty easy when you get going and crunchy enough to convince any indie-phobic roleplayers to take part.

Damn the Man, Save the Music by Hannah Schafer is a love letter to Empire Records. It’s light-hearted 90’s fun as each player needs to solve their own personal problems and keep a music shop surviving, all while a famous musician is due to visit! I’ve run it once so far and Damn the Man’s a sugary delight.

Visigoths Vs Mall Goths by Lucian Kahn keeps us in the 90’s, but moves us to the mall. Some visigoths fell through time to the 90’s and now their teenagers get into hijinks in the mall, facing off against Mall Goths. This is a team game, with two sets of players working against each other, but it’s really light-hearted and fun. The mall is all mapped out with several stores and scenarios which can take place inside it.

Troika! by The Melsonian Arts Council is a gonzo fantasy world with an old school feeling system. There are d66 evocative character classes including the Gemlin Catcher, the Befouler of Ponds (Mike?) and the Monkeymonger.

Behind the Masc by Brie Beau Sheldon (and others) is a collection of supplements helping to delve into masculinity in new ways. This includes a new D&D background, a couple of Monsterhearts skins, an Apocalypse World playbook and some QR codes for virtual additions. I’ve read the book, but have yet to use the resources, although the MH skins will definitely be in rotation.

Cthulhu Deep Green by Justin Ford is a hack of Cthulhu Dark, acting as Delta Green to its Call of Cthulhu. There are some mechanical additions and a scenario in here. I’ve only skimmed the book so far, but I adore Cthulhu Dark, so I’m very eager to see what this is like.

For the Honor is by Quinn Vega and is a She-Ra inspired game of princesses and a legion. Based on The King is Dead, this game sees you making allies and courting rivals in a series of minigames. I backed this on Kickstarter, being a fan of both the game and cartoon that acted as inspiration.

Videostore is a pair of scenarios by Oli Jeffery for Monster of the Week. They have a great schlocky, VHS tape horror look to them and are great scenarios to read, even if you don’t have the main book.

Sleepaway by Jay Dragon is a book I’m currently reading. It’s a Belonging Outside Belonging game, which means there’s not really a GM, but you all take a setting element along with your character. You’re all camp counsellors in a summer camp as a spooky wood. It looks whimsically magical and spooky, all at once.

There are literally hundreds of games, though, and these are just a handful which I’ve seen. There’s Brinkwood: Blood of Tyrants, which bills itself as Robin Hood Vs Dracula. There are games by Kate Bulloch who’s written some amazing, honest and often brutal insights about RPG culture. There’s Purplest Prose which is a game about writing trashy romance. Impulse Drive is a Powered by the Apocalypse science fiction game, Glitter Hearts is an RPG about being magical girls in the style of Sailor Moon and there are even some Trophy-inspired games like Chalice and Extracausal. In Nepotism Corner there’s The Steadfast and the Rebellious by my friend W.H. Arthur about citizens in a city ruled by a demon king, hopefully rising up against him. There are so many more, but this feels like an apt one to end on.

In addition to this bundle, there are several other places you might want to look into as far as petitions to sign and causes to donate to, found HERE. If you have other recommendations of places to check out, please let us know in the comments.

Cards Against Humanity is Shit, Here are Better Alternatives
Be the first to comment!
Leave a reply »