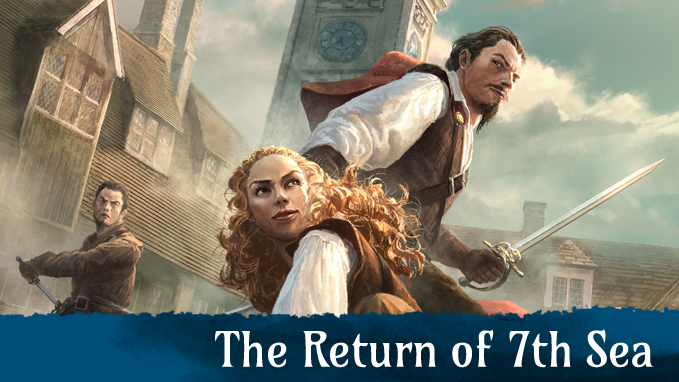 Right now is a surprisingly good time for role-playing games on Kickstarter. I noticed there wasn’t anything on the news section about these but there have been some huge announcements and some little ones which are worth attention, too. 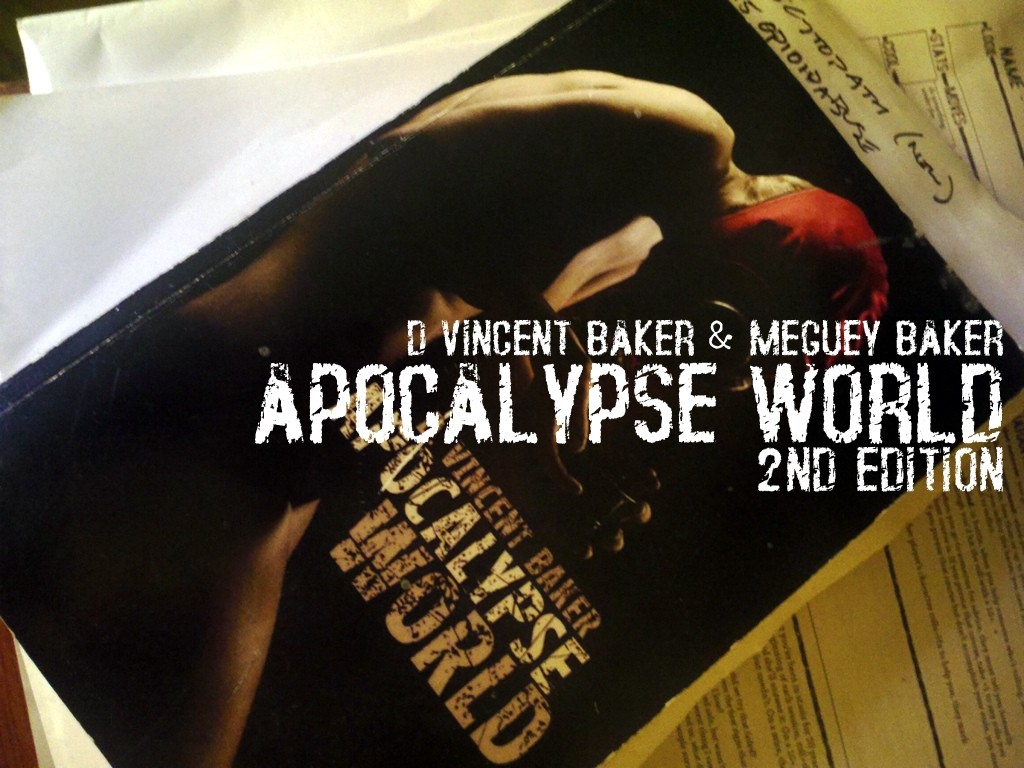 You may have noticed that I put up an article about Apocalypse World last year. In fact I know you did, it was a huge hit on the site and I blame that solely on how awesome both Mad Max Fury Road and Apocalypse World are.

The second edition has been in testing for a little while on Vincent Baker’s Patreon but it’s finally here.

This is the second edition of a system which revolutionised the current role-playing scene. Where the d20 System created a universal system which was pretty much identical and Fate is a beautiful toolkit for people willing to put a lot of work in, Apocalypse World’s descendants are all unique and interesting despite having the same origin point.

Now, after Monsterhearts, after Dungeon World, after The Warren, Night Witches, all the modern classics, we have a new edition of the game which started it all. Given how fun and important the original was, it’s definitely worth checking this Kickstarter out.

The game is thematically any post apocalypse you want with tones of Mad Max or Fallout. You can even play the archetypal vault survivor who woke up one day in the insane future. There’s clarified rules on fighting (a common bugbear with one of my group), jobs and a method of mapping out threats. 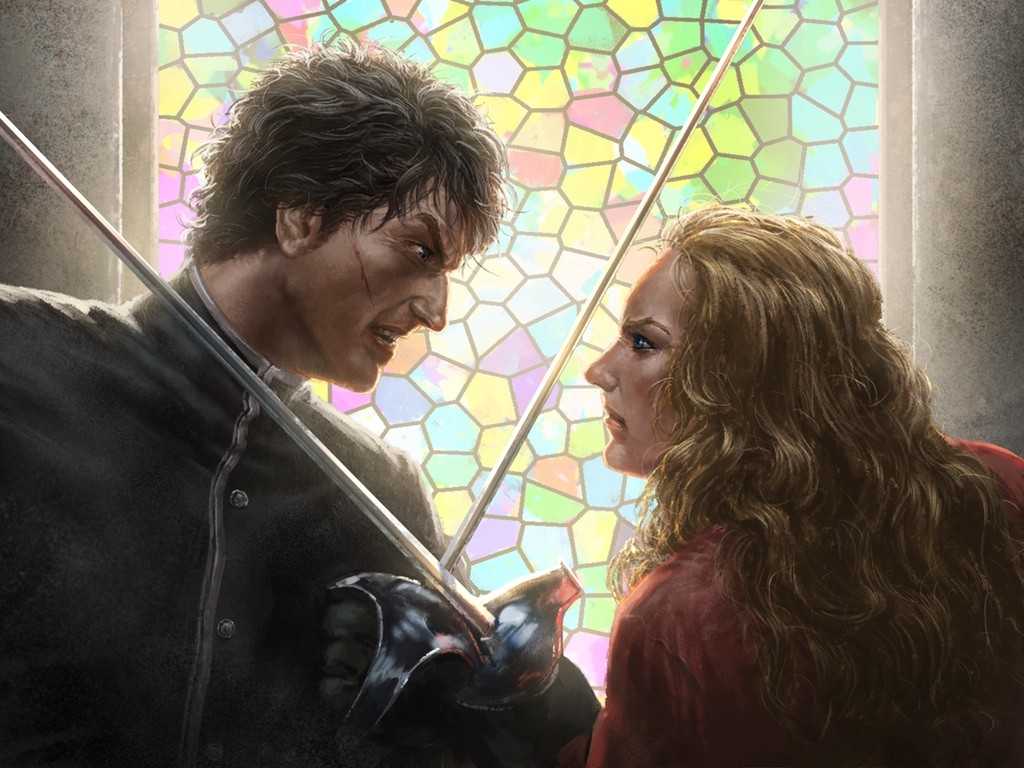 I love John Wick; he’s a lovable antagonist and word wizard who created two of the games my group loved the most; Legend of the Five Rings (magical samurai myths mashed-up) and 7th Sea (Indiana Jones meets Dumas). He’s made little games where you play cats or children lost in a creepy village, where you’re making a diary in a zombie apocalypse or nobles in a specifically anti-D&D. After several years, the rights for 7th Sea are back in his hands and he’s on fire with it already.

This new edition of 7th Sea is viewed as a BSG-style reboot of the world, taking a ton of the original nations, remixing some of them and adding a few brand new ones. You play swashbuckling explorers, adventurers and pirates in this beautifully-crafted world. There’s already a demo out there for people signed up and it looks glorious. There’s an ability where you can automatically lure away and knock out a guard. Health is marked on a ‘death spiral’ and you can choose to fail to leverage bonuses for when you really need to succeed. It’s rocketed up with several sourcebooks, novels and a soundtrack planned. John’s paid off before in Kickstarters and this looks to be his biggest by a long way.

And let’s face it, we all want to play pirates, don’t we? 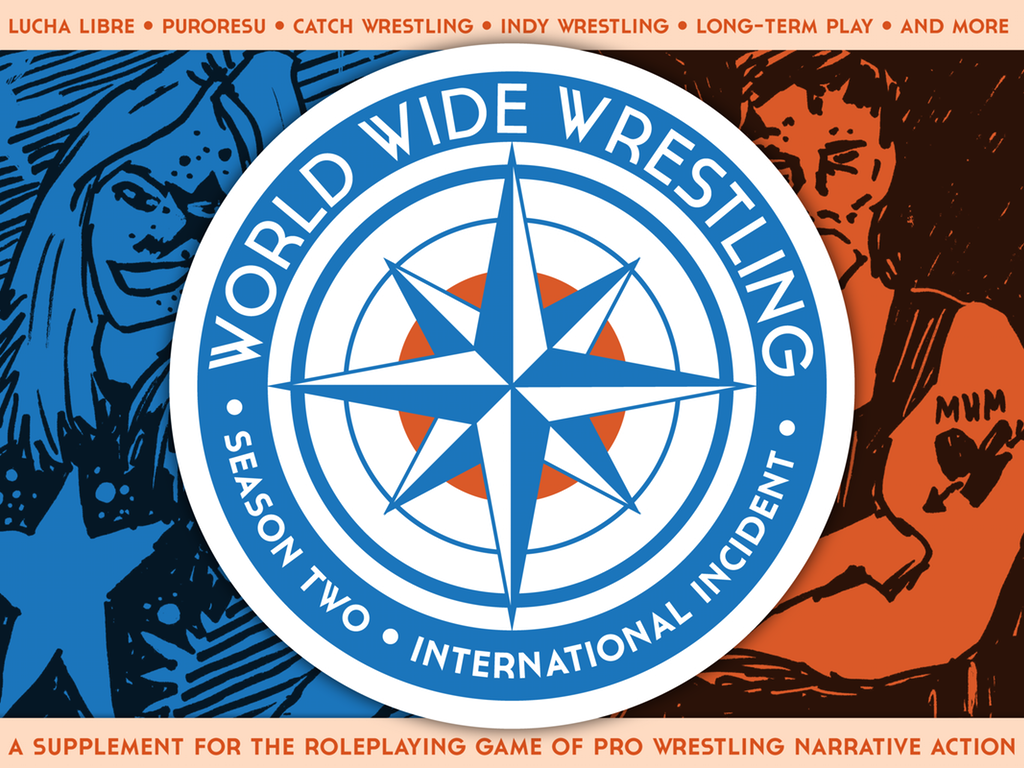 First of all a disclaimer: the author’s the cover artist on upcoming novellas I’ll be publishing later this year.

I’m not a wrestling guy, my knowledge about it comes from an old SNES game where it was endlessly fun to hit people with chairs and the snippets I saw on Sky before The Simpsons came on. Despite that, World Wide Wrestling has me very excited. It’s a Powered by the Apocalypse game not of playing a wrestling competition but of putting on a wrestling show.

Your characters cut promos, get matched up in fights and if you’re not in the ring then you’re a commentator who has their own mechanics. There are career-losers, burnouts, mechanised rivalries and breaking Kayfabe (which is a stat). It’s fascinating and contains essays for people like me who aren’t aware of wrestling.

This is the sequel, an expansion on what we’ve seen before with new playbooks including The Luchador! There are rules for international styles of wrestling each with their own extra rulesets, rules for long campaigns and iconic wrestling moment generation. 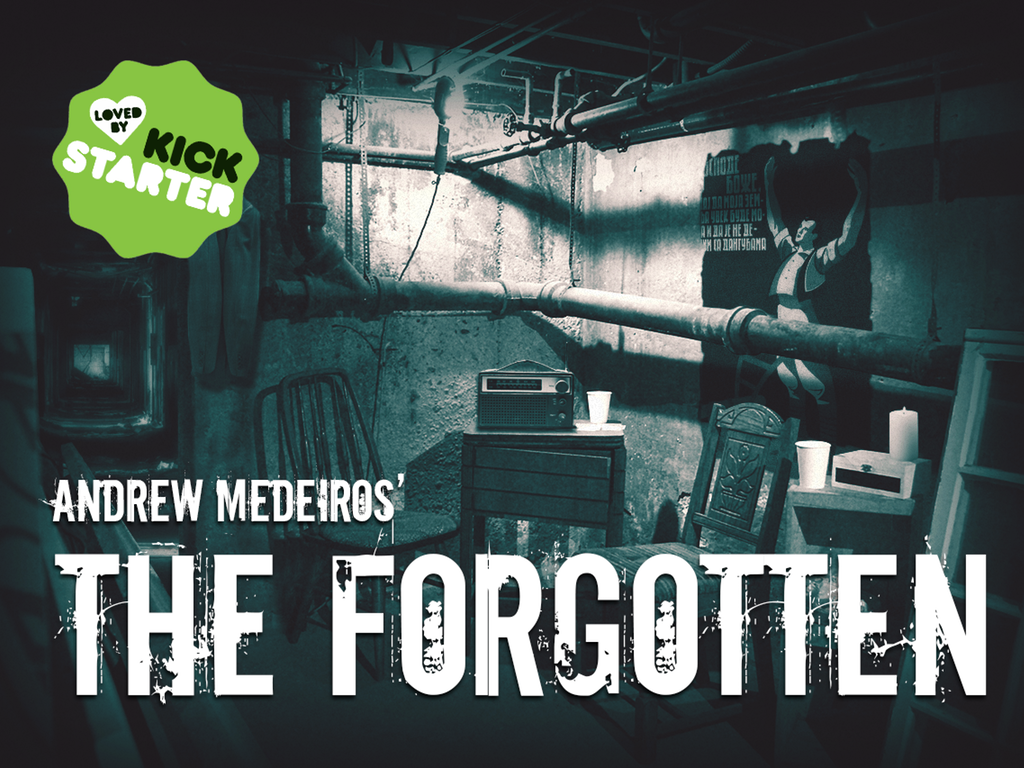 Have you heard of the game, This War of Mine? This looks like a card-based live action version of that. Don’t walk away, I know I said “live action” but that’s no reason to. Look at my piece on Juggernaut. We’re talking that sort of thing, which is actually pretty rad and kind of a rules light game where you might stand up, wander around… that sort of thing.

Playable in about 90 minutes, the game uses cards and a soundtrack to show what happens to people in an occupied city. You have quiet, enclosed 15 minute days and then try to accomplish as much as you can in short night scenes. You get to see the lives of the victims of these kind of occupations, not as a noble resistance or the occupying force. You’re people, simply trying to survive. 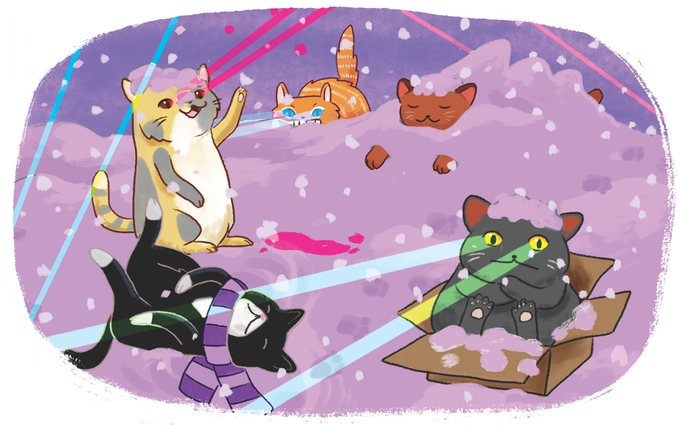 You play kittens with laser eyes. Need I say more? 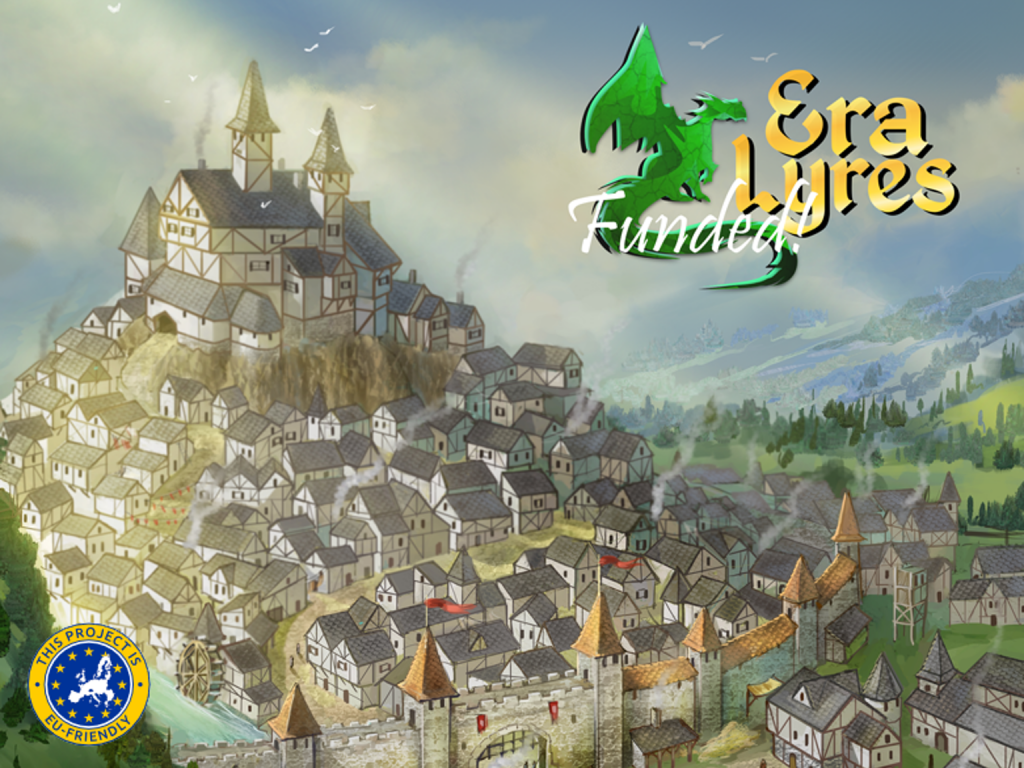 Have you played Braggart? This sounds a little like Braggart the RPG. Players are characters making up a story in a high fantasy tavern, which the GM has to work out the believability of. It’s £1 and looks awesome for something that cheap. There have been levels to add your character from any game into Era Lyres, however there were limited places for them and it’s possible but shot up quite a bit, cost-wise. It’s still nothing compared to the level I’ve backed 7th Sea, so if you want your D&D character as a drunk in a tavern, then go for it.

So yeah, a few RPG Kickstarters. There are a few Dungeons & Dragons ones currently out there for people who enjoyed my Hoard of the Dragon Queen articles and a Fate More Kickstarter which only just finished and will bring more badass adventuring into the world.

If you’re not keen on paying for books, just as a little bonus thing, Bully Pulpit Games have declared this Free Game February, starting with a game about elves from hell being sent to work at a seafood restaurant. You can find this and a ton of other free games here.