Two Rooms And A Boom! 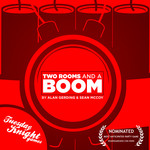 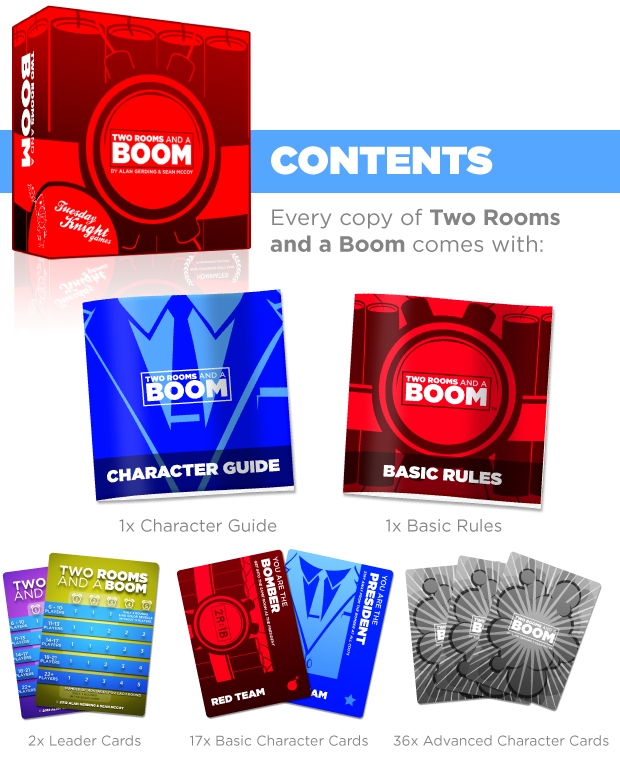 We here at Who Dares Rolls love a good party game. Anything that gets a group of like minded individuals together to goad, betray and generally act up in a terribly ungentlemanly manner is all right by us.

And that brings us to Two Rooms And A Boom! this is a party game that plays anything from 6 up to 30 players, its recently gone live on Kickstarter and is already motoring through a bunch of stretch goals.

The idea behind the game is pretty simple, you gather your group of friends and deal out each of them a card, these are made up of two teams the Red and the Blue, each team also has a special card the blues have the President and the reds the Bomber.

The teams are randomly split up, go to their separate rooms and from there each group needs to select a leader and at the end of the round they most select three hostages to move to the other room.

The game runs over three rounds with the time for each getting progressively shorter and at the end of the third round the bomb goes off. If the president is in the room when this happens the Reds win, if not then the blues take the victory. See so easy anyone can pick this up within a few minutes of playing.

The fun comes from when everyone is in their rooms, the can chose to show their cards or not, they can vote for a leader and then get yourself moved to the other room as a hostage to spread descent, or just blow yourself up if your the bomber.

The stretch goals on this thing are getting ticked off pretty fast, so you’ll going to get some pretty good value for your pledge. Already there are all sorts of additional character cards that add more specific roles to the group and really mixing up the proceedings.

If you’ve ever played The Resistance or Werewolf then this is going to be one you’ll going to want to grab.

If you head over to the Kickstarter page there’s a Print & Play version for you to try. This looks like a ton of fun and I’ll be running a few trial games in the coming weeks, word of mouth on this is buzzing so come join in the fun.

0 likes
Preview
2 rooms and a boomkickstarter