Sub Rosa is imminently due for release on Kickstarter. I was lucky enough to be furnished with a preview copy by the designer and following are my thoughts.

Ever fancied yourself as a Spymaster? Sub Rosa deserves to be set during the 1970’s at the height of those shadowy cold war shenanigans, after all, who doesn’t want to channel their inner George Smiley subverting the allegiances of operatives in the field turning them against their handlers. OK so I’ve made some leaps regarding the theme of this one, but for clarity, Sub-Rosa has more in common with the slow, methodical business of actual spycraft over cold cups of tea than anything involving a tuxedoed chap with a snappy one-liner and dry martini.

See what I did there I grounded your expectations, not that you should be concerned this is a fantastic little game. It swans around your gaming table being effortlessly cool cuts straight to the chase and despite its brisk playing time, it’s a satisfying experience every time and takes a fraction of that to explain how to play.

And as I’m mentioning rules let’s get them out of the way shall we. A Players goal is to take control of the most cards on the table representing spies by placing hidden bids against them. Each player starts with seven identical tokens five of which remain unknown numbered 2,3,4,5,6 the remaining two are public and numbered 3 with a star that identifies them as an action token.

On a players turn they select a chit and place it beside a spy, if it’s not an action token then its value remains secret, play continues around the table with players stacking their bids besides a card of their choosing. 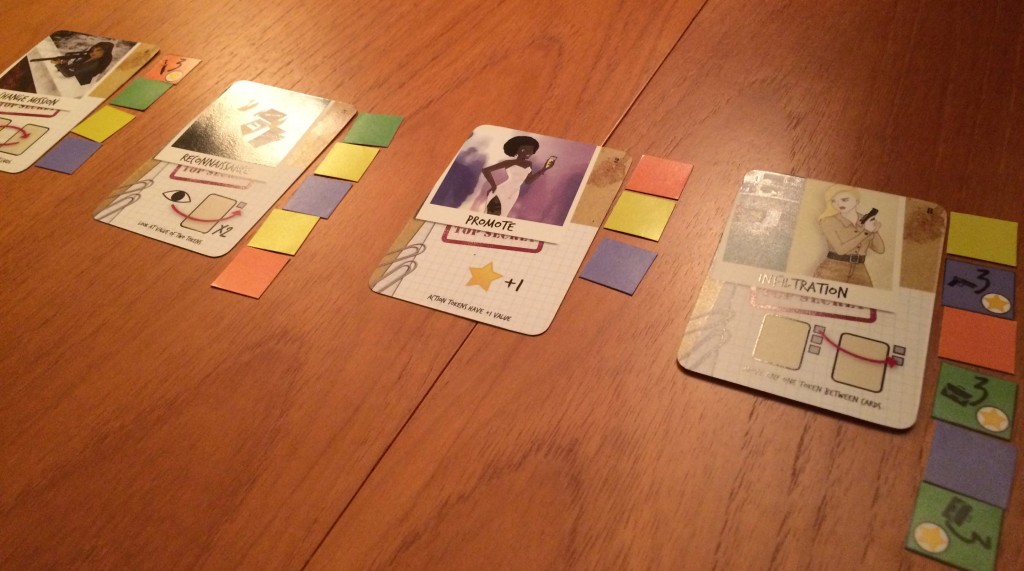 When an action token is placed, it activates that cards unique power, and these do all sorts of wild and interesting things anything from swapping cards positions, allowing players to look at hidden bids or probably the most fun move the chits about.
There are five spy cards with each side offering a different ability these are randomised at the start and result in a startling amount of variety. A smarter man would know the math behind this and how many permutations there were, but I’m not, so I won’t, instead I’ll leave you with that big word permutation, and you can do the math yourself.

Considering how much Isn’t going on, there’s a lot going on. For me, the mechanics subtly reflect the shadowy power play of handlers muddying the allegiances of the operatives in the field with nobody knowing who’s on which side. There’s plenty of opportunities to bluff and trash talk about who’s put what down and to be honest in half the games I played I’d even forgotten what I had put down and then when those other filthy swines around the table start moving tokens, well, that wasn’t very helpful.
There is a deceptively significant amount of subtle tactics and misdirection available out of what is just five cards and a handful of tokens, it’s simple but great fun.

Now what I have is a pre-production version of the game, and it will obviously be tarted up some before it eventually lands in your paws after you back it, you backed it right?

To critique it and I’m a reviewer, and that’s what we do then I do have some thoughts. Now there may be a design decision behind this, but I’d like to see each card assigned a value something to make the rush to recruit certain cards more attractive. The abilities all seem quite tightly designed, but it felt in our plays that a few seemed more equal than others. And personally, I think it would add one final interesting dynamic to that end game reveal.

My biggest criticism, however, is reserved for its theme and components because I think that is where the game misses its mark. The art and design of the cards are perfunctory it’s not ugly it’s just not anything. For me, this needs to embrace its theme and at the moment it squanders it and it sort of flutters away. I’ve alluded to a much stronger theme throughout this review and in truth as it stands it’s not there, the heavy lifting is required on our part as the player to bring it.

Now this is a ten-minute filler and a good one the gameplay is tight, fast and hits all the points it should, but there’re lots of microgames on the market and me I just don’t think that this one has a loud enough voice to heard over the din which is a shame.

I’d love for this to see more passion lavished onto its components, and not just the cards but the tokens something tactile to give the player something to fondle in a sinister manner, the games component real estate is so small the ones it has should be cooler. 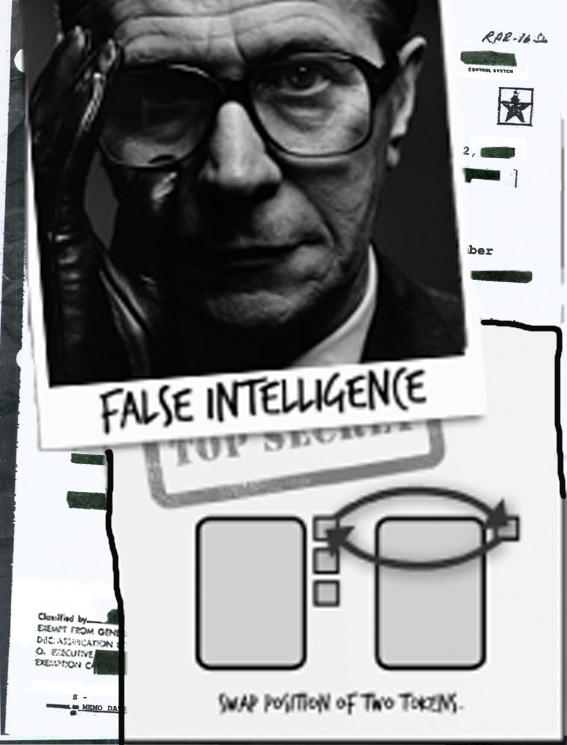 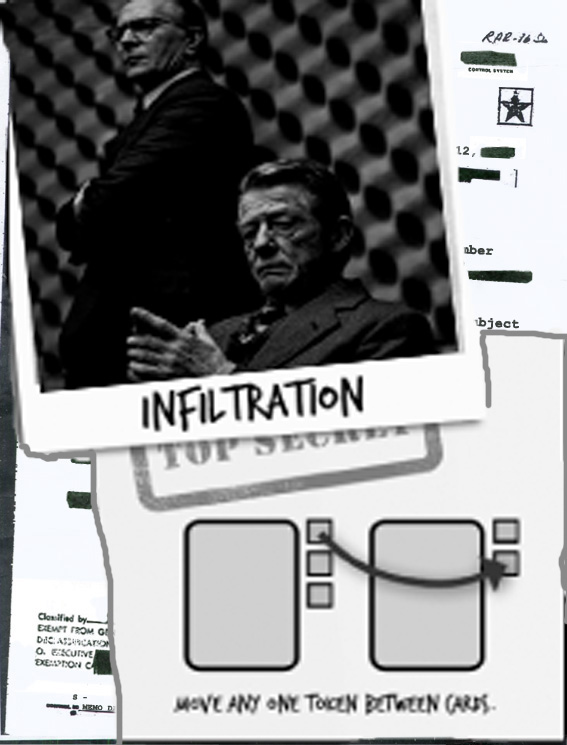 Now that’s just my opinion, but tell me what would you rather have? As this stands even with the cards I have now and standard chits its still a quick, smart and refreshingly cool little filler. Me, I’m still rooting for the Tinker, Tailor Le Carre version in which case the chips thematically should resemble soggy Digestives.