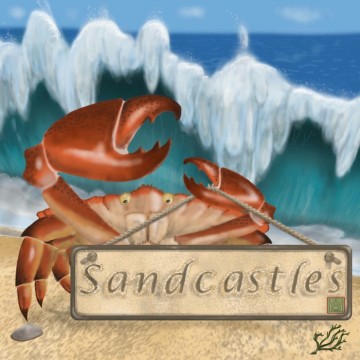 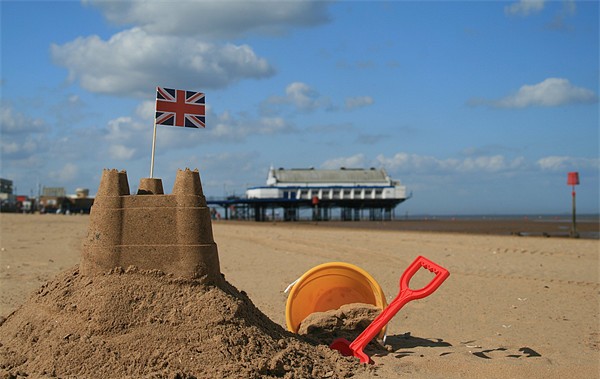 Ah trips to the beach, a distinctly British pastime of dragging the family down to one of our many coastlines and indulging in a spot of bonding over gritty ham sandwiches, lounging in a deckchair while being buffeted by a strong north easterly wind and applying copious amounts of sun cream to each other. Whilst my parents would sit goose pimpled and buried in a tabloid, us kids would get down to the serious business of fashioning sandcastles. I’d spend hours on these construction projects like some pre-pubescent Mad King Ludwig only for my younger brother to wander over and stomp on them them when I wasn’t looking leading to the obvious tit-for-tat reprisal. Well now we can partake in this most joyful of pastimes in the comfort of our own homes with nay a flip flop in sight or the possibility of getting sand in my tea.

Last year Andrew Harmon and YAY Games decided to take us on a ghoulish tour of the good doctor Frankenstein’s laboratories with the Hammer Horror infused cheerfully Gothic Frankenstein’s Bodies, it went on to a successful Kickstarter and gathered a legion of body snatching fans from across the globe me included.

Not one to rest idle, Andrew has followed up with a move out of the dark dungeon to the sunny beach, and whilst the location may have changed Sandcastles shares more than a passing splash of DNA with the good doctor, especially when it comes to some good old fashioned “take that” game play.

Sandcastles is a simple, fast and cheerfully mean little game offering just enough opportunity to make your fellow players lives a misery that it should appeal both to families and the hardcore gamer.

The setup couldn’t be simpler, using a hand of 3 cards each player attempts to build a Sandcastle made up of Crab, Bucket or Seagull sections, upon completion they score a point for each part used in the construction. Play continues like this until the big wave card is drawn, whereupon everyone adds up their scored cards to find the winner. To spice up the scoring random bonus tiles are drawn at the start of each game offering multipliers, either based on the shape of your castle (think Tetris here) or the amount of specific symbols on show.

Here’s the rub, these bonuses can be filched. So I complete my castle in a jaunty L shape and pick up the associated bonus, there is nothing stopping some johnny come lately doing exactly the same thing and then snatching it for themselves. Did I say there was nothing you could do? ah yeah I lied. 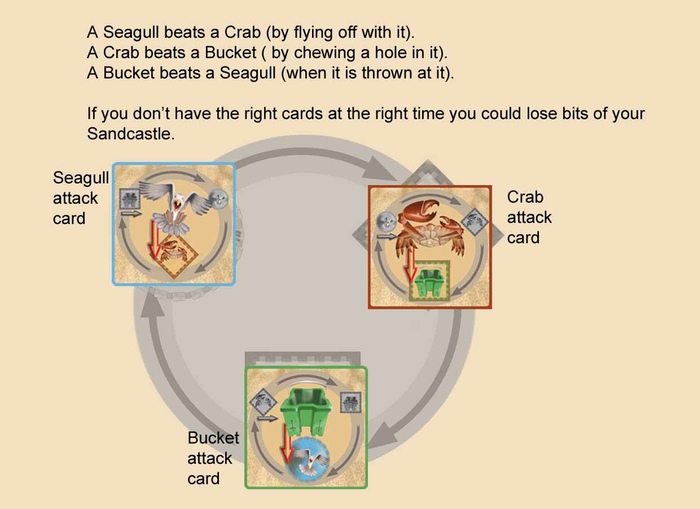 As well as the castle parts also buried in the deck are attack cards. These represent a ludicrously escalating arms race of Crab’s, Seagulls and Buckets. Working as either a deterrent or armament they can be used to swoop in and take the represented symbol IE Crab, stealing that section to add it to your own marvelous creation. They can also defend against just such a devious underhand attack where it becomes a Rock,Paper, Scissors stand off, with the attacker having the opportunity to deflect your defense with a further attack that trumps your effort. This is a surprisingly effective little mechanic that did manage to confuse both Robbie and Paul when we played which unfortunately says more about their grip on reality than anything about this game.

And that really is all there is too this. The key is whilst this is a slight game what it does, it does very well. The building of the castles is handled brilliantly and it becomes your own little obsessive mini-game as you concentrate on your creation, and its easy to get lost in this until another player suddenly and unexpectedly snatches a vital part for their own needs. This becomes more pronounced as you enter the final stages of the game and the competition can become quite cut throat with players dashing to snatch those bonuses wherever they can.

Aside from the main game there are rules included for 2 player and solo play. Both of these are satisfying variants in their own rights, but for it to shine Sandcastles really needs a table full. 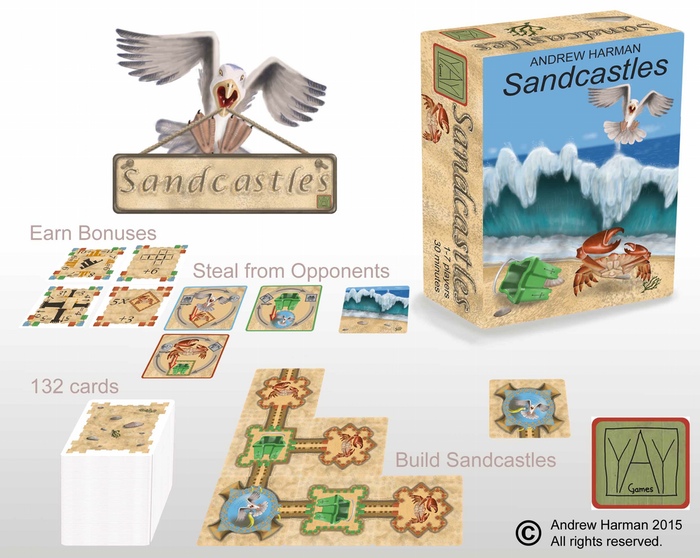 This is another winner for me. It combines a unique theme with a game that has just enough bite that players from all backgrounds can enjoy. It gets right what many people are looking for these days, a light portable simple to teach game that can be played in a pub or even the beach, yet offers enough of a skill curve that it rewards repeated visits with slowly developing tactics and strategies. And of course the hugely satisfying opportunity to smash up somebody else’s sandcastle.

The Kickstarter for this project is expected the 1st March.