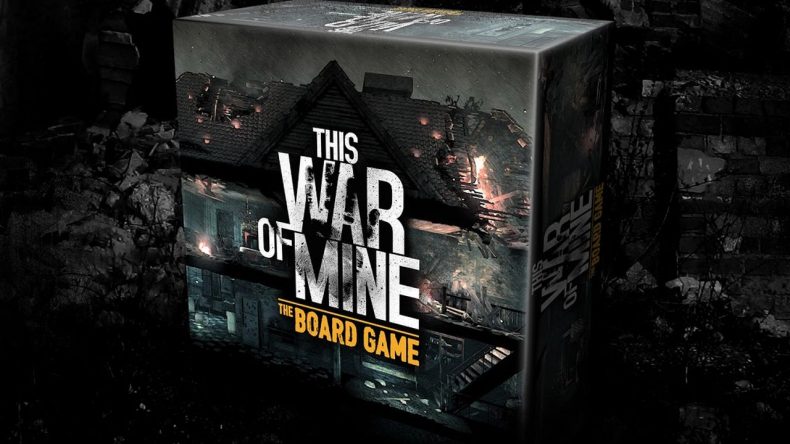 It’s looking that video game conversions might well soon become tabletop’s new zombies. Recently we had the announcement that Eric Lang was working on a Bloodborne card game which was pretty damn exciting. Then what comes next but that we’re also set to get a Dark Souls licensed board game Huzzah!. If you’ve not ventured into any of the Dark Souls games then it would be irresponsible of me not to warn you off, they are very dark fantasy dungeon crawlers that have a mountain like learning curve and unforgiving difficulty levels not witnessed since the 80’s. Don’t be mistaken I love them they are fantastic challenging titles that offer none of this namby pamby save point business or checkpoints, they are gruelling endurance test’s whittling out the wheat from the chaff when it comes to gamer’s.

At the recent SALUTE trade show the Steamforged guys who are working on this unveiled a cheeky little demo version that allowed players to have a crack at one of the games bosses and by all accounts it shares all the punishing fun of its digital big brother. Steve from Polyhedron Collider was there and had a chance to give it a whirl and you can check out his thoughts here.

And if that’s got you excited then you don’t have long to wait as the Kickstarter for the project goes live at 20:00 BST tonight. 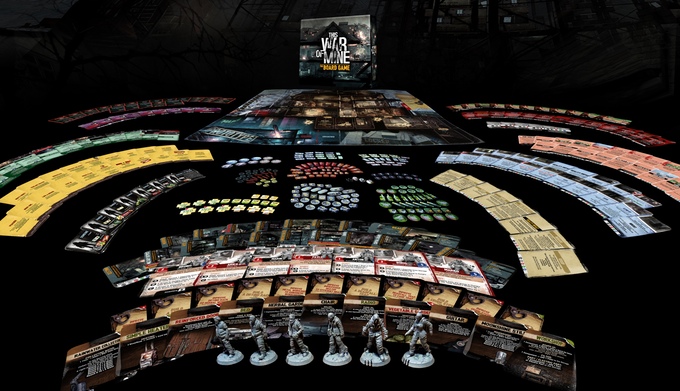 But there’s more. 11bit studios the creators of the fascinating This War of Mine are set to bring a tabletop version soon to Kickstarter. This War of Mine shares the same dark and oppressive feel of the Dark Soul’s games but set in a fictional ‘all too real’ war torn city. In the game you have to work at trying to keep your small group of survivors alive by nightly scavenging missions and building better facilities to feed and comfort youre unhappy few. The game is like a twisted post apocalyptical cousin to the Sim’s games as your choices have very real moral and psychological effects on the survivors and as the days creep onward you’ll witness how quickly the façade of civilization quickly leaves by the back door when the chips are down. Its a thoroughly depressing but enthralling experience and I really couldn’t see how it could be transported to a board game. 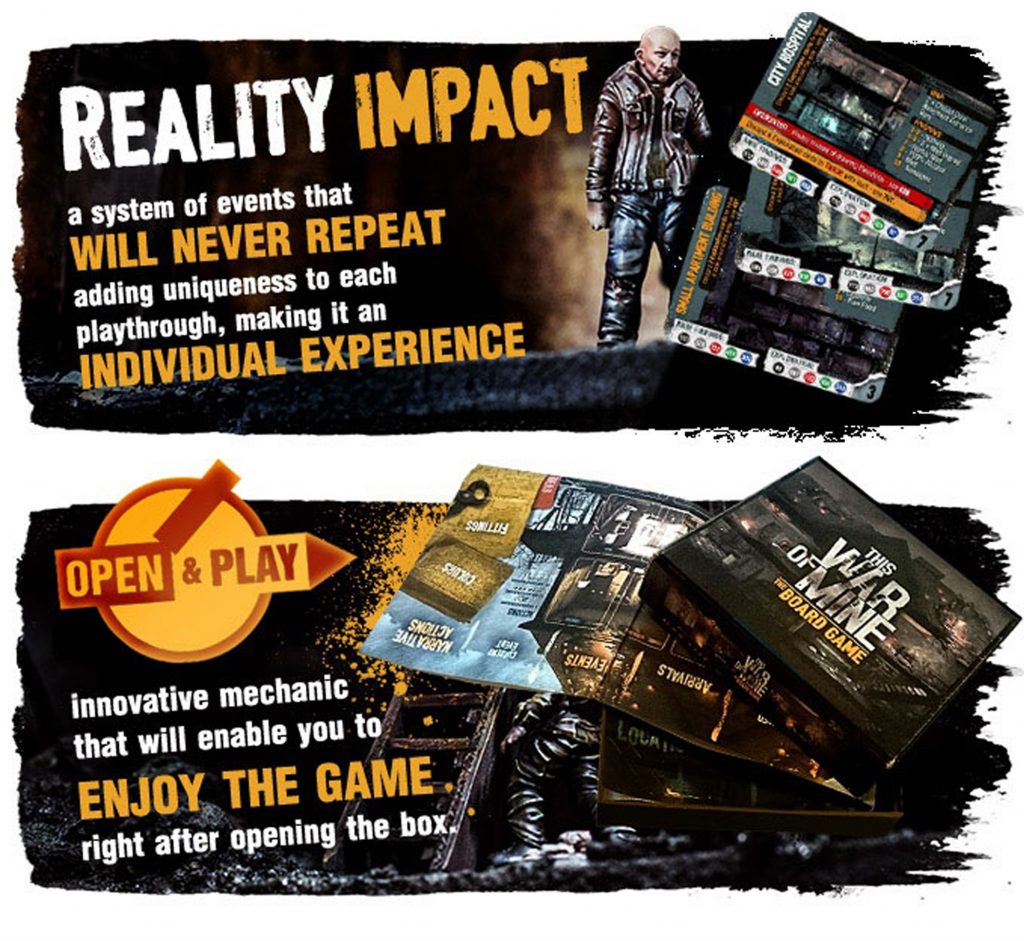 Well enter stage left Michael Oracz designer of such notable fare as Neuroshima Hex, Theseus the Dark Orbit and long time collaborator with Portal games. Michael is all about story and tight design and I can’t think of anyone better suited in bringing this challenging game to the table. And if they can pull of the tricky proposition of a game that plays straight out of the box as they are promising we could be witnessing an evolution in not just how to play board games but opening up the hobby for even more players. 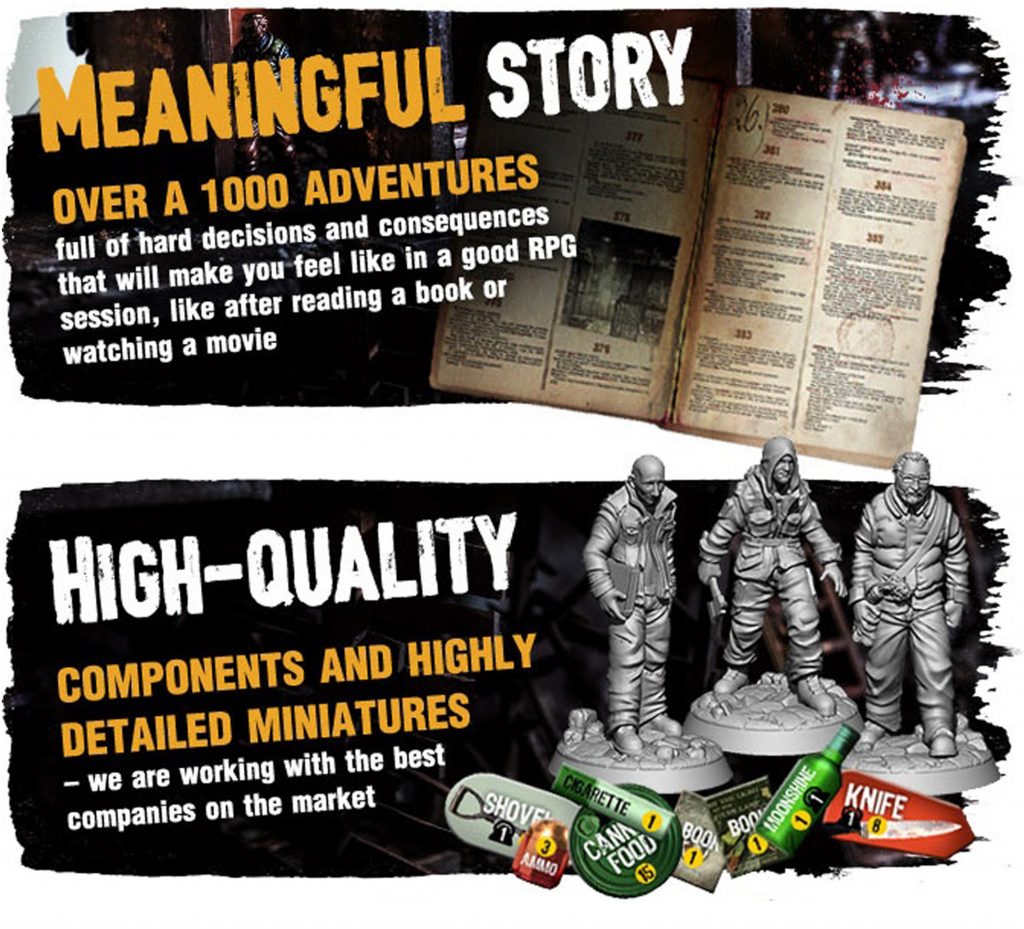 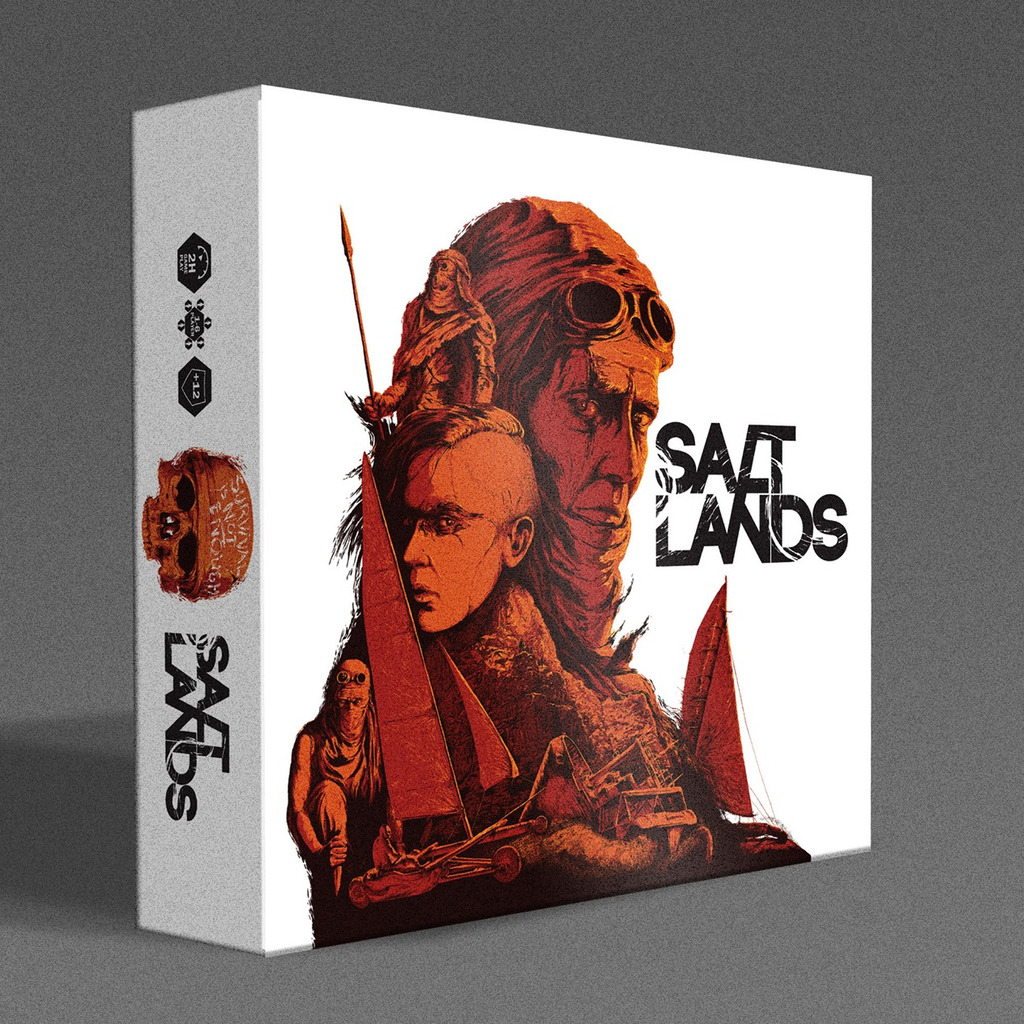 Also hot footing it to Kickstarter by the end of the month is Salt Lands from Antler Games. Staying firmly in the Post Apocalypse this has more of a Mad Max feel as players can compete or cooperate in diving around the wasteland and trying to survive as waves of vicious gas guzzling raiders are hot on their trail. I’ve played it and its a very cool mix of mechanics and ideas and fans of the genre would be remiss not to take a good hard look at this. I’ll have a review up very soon.

And now for something completely different.. 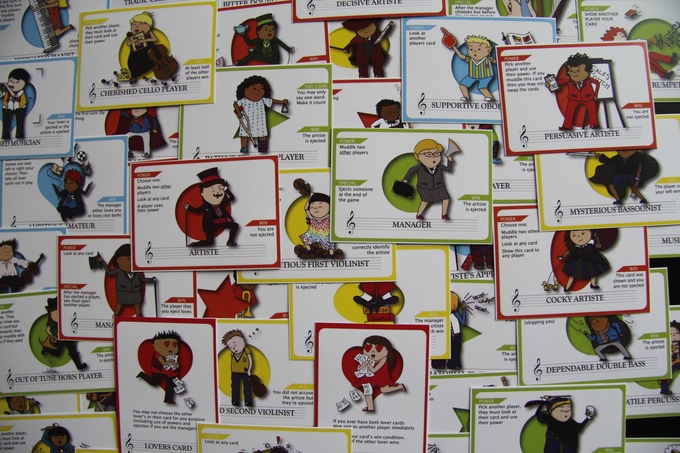 It’s a light social deduction game about an orchestra in turmoil after an egomaniacal artiste with no sense of rhythm has infiltrated it and is ruining the sound. Designed by Greg Carslaw who is UK tabletops equivalent of Terry Gilliam he continues to put out quirky, strange but wonderfully interesting projects and this is no different. It plays very very easily see… 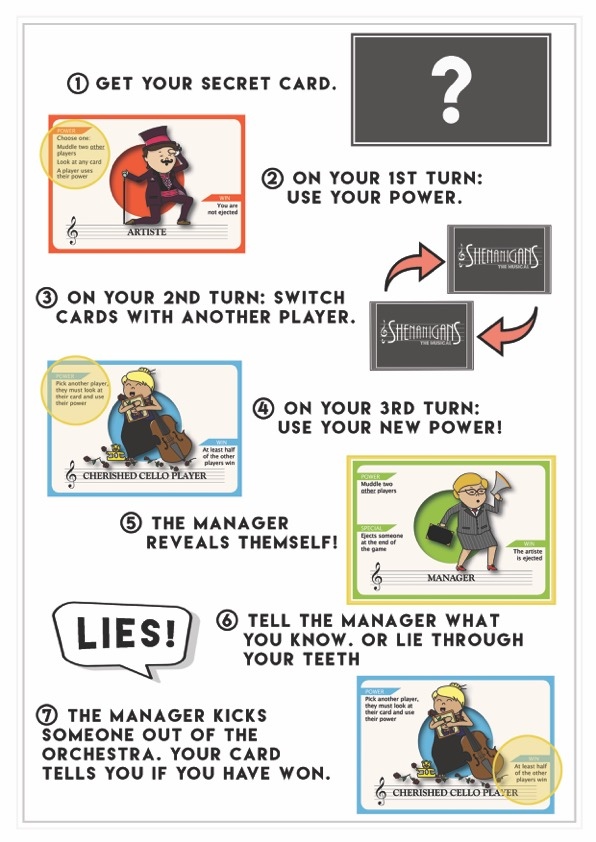 The game will cost you just a paltry £10 and not only do you get three expansions thrown in for completely free, but a quirky music based deduction game, Greg’s patented ‘quirky’ game design and the knowledge that he has not only slaved, pondered and poured his creative juices all over this but also managed to get the word Shenanigans into a game title, we like the word Shenanigans it should be used more.. oh and quirky we like that a bit as well.

But there’s more this isn’t some project designed to make Greg massively rich nope he’s donated his game design to The Peoples Orchestra who are they???

The People’s Orchestra was founded to make orchestra accessible to everyone, as both audience and performers, regardless of their wealth or status. They run active volunteering programs as part of the “steps to work” initiative, create and support charity events and provide £300 bursaries to enable talented young people from deprived areas to take part in the orchestra.

They also like to do things just because they’re awesome:

So recap Shenanigans from Greg its ‘quirky’ and bloody brilliant and you’ll be supporting a charity, which you really should. So do it already.

Who Dares Rolls Podcast Episode 19 – XCOM
Be the first to comment!
Leave a reply »