The Chronicles Series – A New Legacy For Board Games. 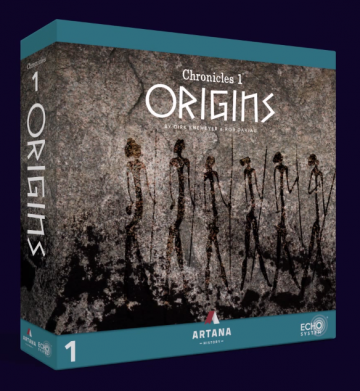 Change is good. Words I’m sure Rob Daviau lives by, if you are unaware of the revolutionary steps Rob has made in gaming then you’ve been missing out.

Back in 2011 he brought Risk Legacy to our tables and for me this was one of the most exciting developments to come to tabletop gaming in years. It took a tired game seemed destined to countless themed knock offs, and thrift shop donations and managed to make it relevant again. I’d go so far to call it a must play event, the Legacy system dared to alter the status quo, to change games forever.
No longer did you put your game back on the shelf and it reset awaiting you for fresh adventures this game remembered, it grew, held grudges and was fantastic. 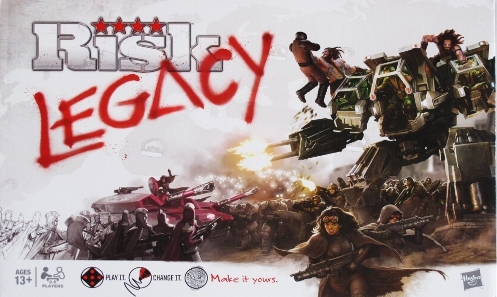 Pandemic Legacy hits this October, and I’m obviously not alone in my love of this system as 52,000 gamers have pre-ordered it. And following that we will be getting Rob’s Magnum Opus Seafall a Legacy game he has designed from scratch without living parasitically on a previous popular game system marking the next evolutionary leap for this system. 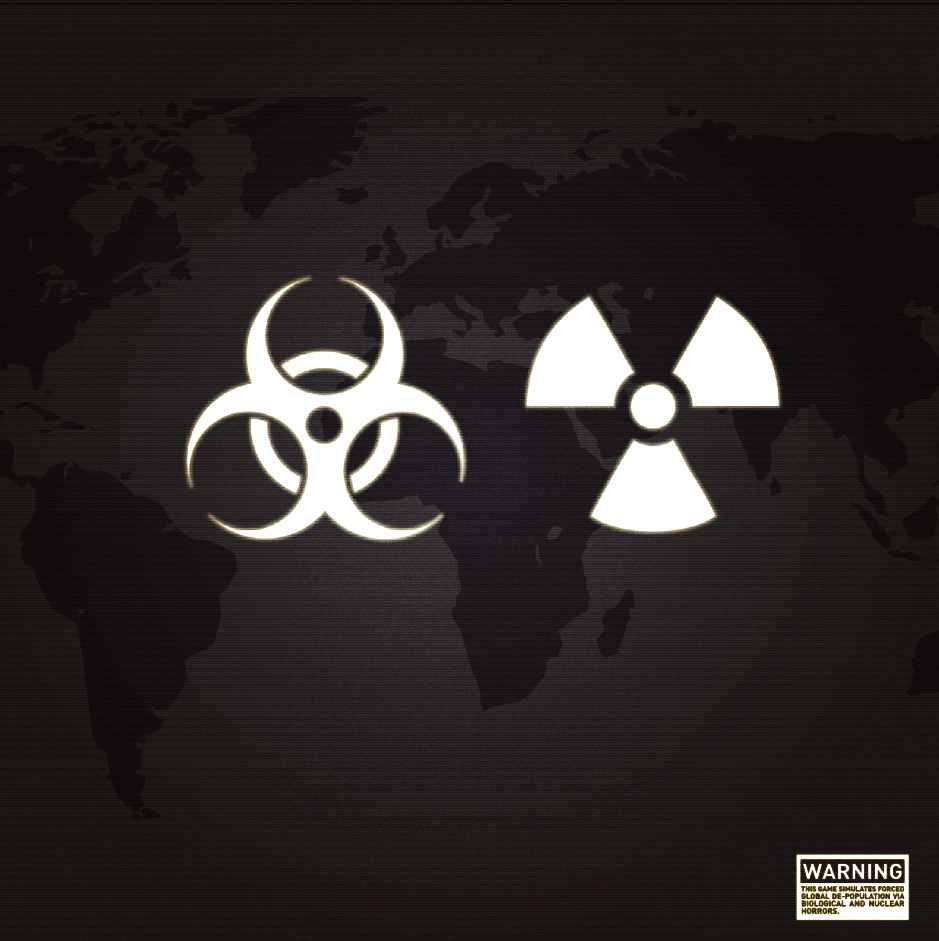 It’s at this point I’ll introduce Dirk Kneymeyer whom himself is no slouch in the realms of board game design.
Having given as The New Science set during the 17th century and the scientific revolution and in a similar historically enlightened theme Telsa Vs Edison. However, one game in his catalog that alludes to what Dirk has planned next is Tomorrow part social experiment and dark mirror on our world. It’s a game set in a near future in global crisis due to vast overpopulation; players make the cold choice of how to depopulate the world while allowing their cultures and heritage to survive. It encompasses a bold theme and is certainly not for everyone, but the story it was telling and choices it called for were while inflammatory was also riveting. 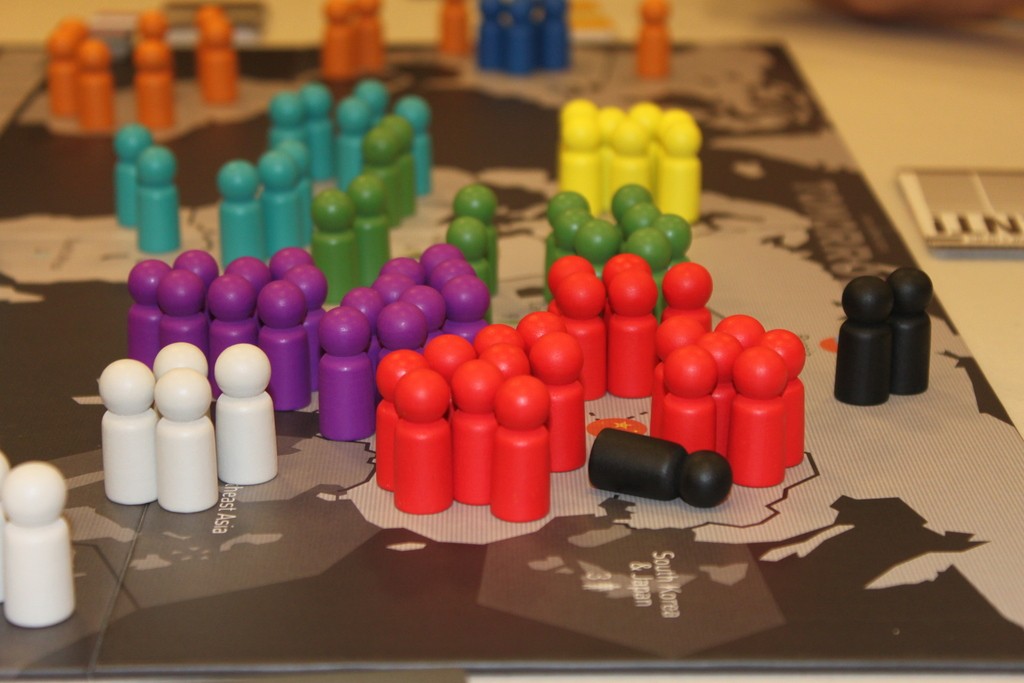 That brings us to The Chronicles Series a new undertaking by the two gentlemen mentioned above under the banner of the Echo game system. The Echo System captures and translates player experiences from individual game sessions in one game, enabling these experiences to echo forward into other games of the same series. The Echo System allows players to bring their beloved nations, tribes, characters, and other game elements developed over play sessions in the first game of a series into subsequent series games. The epic narrative and story arc created is evocative of a roleplaying game within the package and mechanics of a modern tabletop Euro game. The result is an unparalleled persistent and immersive tabletop experience.

“With the Echo System, players build history, persistence, and meaning into their play,” said Artana creative director, Dirk Knemeyer. “Within one box, one purchase, there are two levels of engagement: each single game session you play has things going on and can be won. But, based on those various game sessions, the world within that box also changes and builds persistently toward even grander goals and outcomes. The world you build in that game, the actions you took, the characters you created, will translate uniquely and directly into the next boxed game in the series. The result is an unparalleled degree of immersion and consequence.”

Knemeyer is teaming up with IronWall Games president Rob Daviau, the designer of Risk Legacy™, to co-design the Chronicles Series™, – the first game series using the Echo System. Allowing players to write their history in their world, the first game in the series, Chronicles: Origins™, starts with the formation of the earliest tribes. Players each represent a tribal leader, working out the values, possessions, and structure of their tribe. Then, after the tribes are formed, they will compete with one another in an environment reminiscent of prehistoric civilizations.

“The Chronicles Series will tell your story of your civilization,” Daviau said. “The first game starts with players forming their nascent cultures and civilizations that will build during the game. Pretty neat on its own but then, with the Echo System, the story will continue with the second game in the series, and the third, and so on. You will watch civilizations rise and fall over thousands of years and a variety of games. It’s unlike anything you’ve played before.”

Both Rob and Dirk were set to give a Q&A behind closed doors at the recent Gen Con. Fortunately, they agreed to make themselves available for Gen Can’t attendees via Twitter. What follows is the choice nuggets that I have pulled from that discussion.

Q: Are technological developments going to be unlockable given the civilization theme?

A: Highly likely! Expect technology to play a major role throughout the complete six game cycle, more in some boxes than others.

Q: Will the games feature the same unlockable/surprises of the previous Legacy games?

A: The unlockable content is yet to be confirmed. But you can certainly expect surprises. History has a way of not going as expected!

Q: What sort of mechanics/theme can we expect in the series?

A: The first part of Origins is all about the personal level and experiences. We explore human dynamics first.

Q: Might we see app integration in the games or a digital implementation?

A: The digital version is more a talking point currently Nothing is decided either way. As to an app, there are no plans but that’s neither a ban or interdiction.

Q: War is a favorite pastime of the human race. How bigger part can we expect to see that take in the series?

A: Conflict in all arena’s has been essential to human history. War is the showiest, but there are others as well.

Q: Will components carry over from each game or will they be self-contained?

A: A decision hasn’t been made, both approaches have been actively discussed.

Q: Considering the scenario complexity, how many hours of playtesting does it take to make these sort of games and what appeals to you about designing them? They appear to take so much work.

A: We expect to have a busy fall. I’m fundamentally bad at understanding workload vs. profitability.

Q: Politics and economics obviously play a huge part in the games as well as the looming specter of war. Will religion feature in the mix?

A: philosophically, we’re exploring and expressing the relationship between geography, culture, & religion. After all what is history without religion? It’ll show up early and stay often.

Q: Will the games offer different paths to victory, and thus allow you to tell different stories? Build your own evil empire?

A: It is essential to us that each group has their world and own rich history at the end of a game. And absolutely evil empires encouraged!

That little discussion certainly whets my appetite for what’s to come, and it’s going to be fascinating tracking the progress of this mammoth project throughout its entire development. If you want to know more then Chronicles: Origins will come to Kickstarter and be available for pre-order in February 2016. The North American debut will be at Gen Con 2016 while the worldwide release will be at SPIEL 2016 in Essen, Germany.

If you’re interested in staying up-to-date on the Chronicles Series can sign up for the Artana newsletter HERE.

Who Dares News July 28th.
Be the first to comment!
Leave a reply »