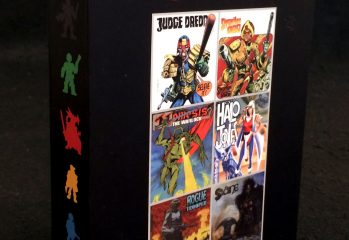 by Mike Bon February 23, 2017
2000AD the “Galaxy’s Greatest Comic” turns 40 this year. During this genre-defining run, it’s been influential in not just changing the face of British comics but across the world. Numerous superstar writers and artists took their first faltering steps under the stern but steady hand of Tharg going on to produce the definitive works on […]
A WDR Joint
Fonts by Google Fonts. Icons by Fontello. Full Credits here »