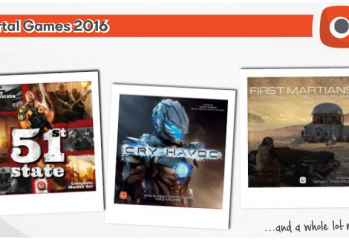 by Mike Bon January 24, 2016
Over this weekend Portal Games has been been running Portal Con. Its a game convention with its focus on Portal Publishing, where they announce how the companies been going over the past year, (which is well it appears) and have lots of tournaments and generally its an excuse to indulge some good old fashioned gaming. […]
A WDR Joint
Fonts by Google Fonts. Icons by Fontello. Full Credits here »