previous
The Board Gaming News in the middle of the week.
random
next
Wednesday Board Game News On Tuesday!
3566 views 0 likes 0 comments 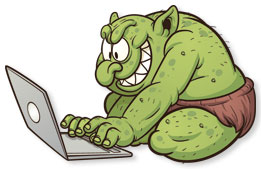 Every once in a while i’m angered, nay enraged at the levels of general ignorance and/or stupidity displayed by the human race, having a job requiring persistent contact with the general public in a service position will do that to you. Fortunately board gamer’s on the whole are a happy and calm lot, the very nature of our hobby dictates a level head and chilled demeanor both essential skills in which to navigate the convoluted rule-books and tactical decisions that beset us during an evenings entertainment. And I count myself fortunate that a large proportion of the players I have encountered in my journey across this cardboard strewn odyssey of mine have all been frightfully genial souls and very welcoming.

It’s my mission and a good many others to shepherd new disciples to the altar of board games, and on the whole we have started to get quite good at that, this however does bring with it some potential hazards, you see some of our new brethren might not come equipped with the tolerance and piety developed by us through years spent honing these Jedi levels of zen calm. A few may only have experienced their playtime through the portal of the game console a format that works in quite the reverse to our pedestrian hobby, in their world its a ADD inducing surge of lazy follow the breadcrumbs drip fed I want it now now instant gratification caffeine burning bazooka of first person battering blipvert of NOW! The gaming equivalent of a speed laced ready meal, no math required, heck no rules now. When was the last time you bought a piece of software where the instructions actually included more than fifteen different translations of warnings that playing too long can make you into an antisocial arsehole, or that all the flashing stuff might cause you a seizure, and when you start bleeding from the eyes its probably a good time to have a little quiet sit on your own.

I remember owning manuals for software filled with pages of the stuff, I’m not saying the new style of the hand led walk through common in most games is a bad thing, in fact this is one area that potentially board games could take a few pointers, shepherding new players through their first tenuous plays whilst stealthily programming them with the rules is a way that our hobby should evolve. This has already started to happen, Legends of Andor a recent release from FFG did just this, but stumbled by the fact when you reached the end of the extended tutorial of the rule book you’d also run out of game. But a happy medium using this process is certainly a way to go.

Now don’t mistake this for a video games are evil rant, I spent many years working in the industry and played a lifetimes worth of them during that time, it was my job but I also loved it and still do play not as often as I did but then that’s more to do with just not having the spare time to do it rather than a lifestyle choice.

So to return to my original angry axe grinding, with more exposure comes more new members to the fold and unfortunately not all of them have been house trained, a scant few lack even the most rudimentary social skills required to have a civil conversation. The most loathed of these for me is the forum troll which unfortunately seem to be on the rise, burrowing their septic little way into the normally civilized forums scattering BGG. Quite why they believe their knuckle dragging low forehead bon mots are needed in what is otherwise an informed and genial place for like minded souls to share their thoughts is beyond me, but alas its the age we live in. I’m sure Andy Warhol would probably have had something enlightening to say about the current state of things.

People we don’t need this crap to be happening, this is a call to get a grip. Next time you find yourself standing in line brandishing a freshly sharpened pitchfork or flaming torch among the rest of the rabble and fingers poised to strike with some incredibly hilarious and likely personnel attack on another member of the community. Stop!  Are you going to be adding a sensible or informed insight for us or some barbed lunkheaded hate missile aimed at a fellow gamer’s heart, just to make you feel special and warm for the next five microseconds. If its the latter than do us all a favor and go sleeve some cards or something instead.

Not directly linked to this subject but teeth grindingly shattering never the less, the following little pantomime recently aired in a public forum. Marvel Dice Masters i’m sure we will all agree has been a bit of a success and has no doubt brought some new players into the fold, unfortunately its also dragged along with it the worse kind of person, the carpetbagging get rich quick scam artists. They’ve always been out there but I think on the whole our hobby has managed to weather this particular storm. This recent example occurred on the MDM BGG forums for which we from henceforth will refer to as The Great Redi Spades Postal Tracking Robbery HERE. To break down the dozen or more pages of this thread, it resulted in Mr Spades attempts to scam a very rare card from a respected member of the BGG community and then the increasingly deranged attempts to cover his original lie with ever increasing whoppers, that included his invention of a micro GPS tracking device a ambulance chasing lawyer, refuse collection timetables and eventually some good old fashioned blackmail, it sounds like the plot for a Coen brothers film about collectible card games. All of this and more can be found in the thread, i kid you not and if you have the time I can wholeheartedly recommend you prepare a warm beverage of your choice and savor the epic saga.

Ah, it feels good to have gotten that off my chest. So fair warning my little trolly friends I’m ready for you and i’m contemplating a wall of shame to air your moronic gibberish to the masses for our amusement.

Tuesday News, late again…
Be the first to comment!
Leave a reply »