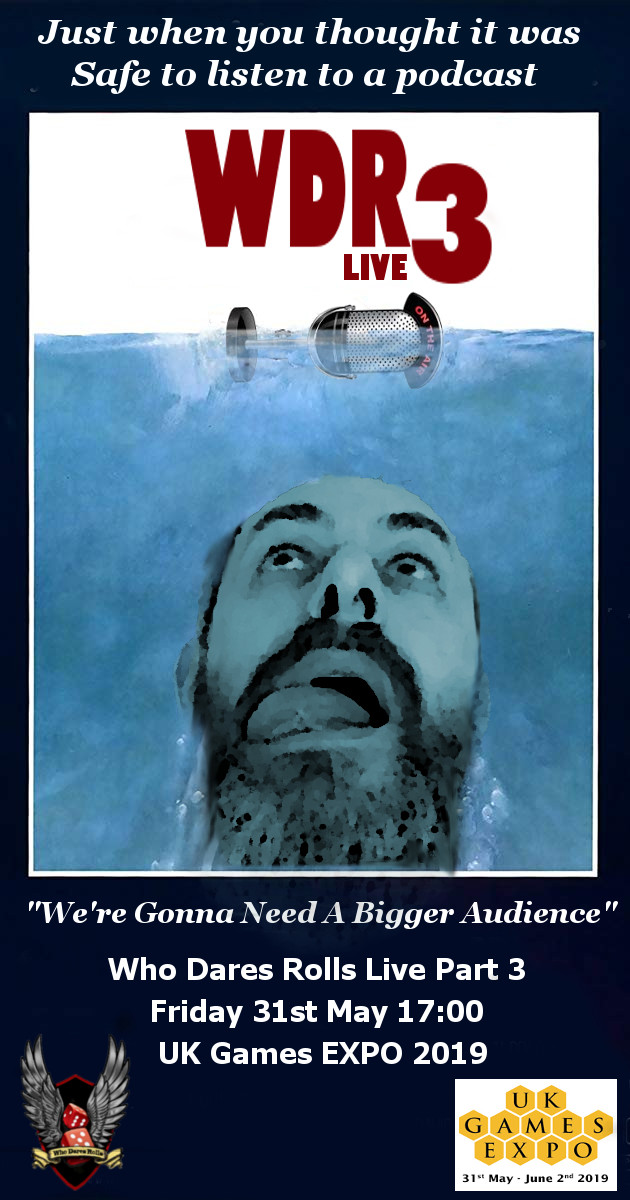 It’s that time of year again in under a week the UK Games EXPO 2019 will be happening!

So just to break from the norm we thought that it would be a jolly good idea to record a preview episode to pick out some of the goodness that we will be hoping to see over the weekend.

Charlie entices with some RPG highlights including Lovecraftesque and the hotly anticipated new Aliens RPG as well as an abundance of indie RPG shenanigans.

Ben’s not going so why is he even here anyway.

And Mike will of course get excited about his Plastic Kurt Russel procured from last year and an abundance of tantalizing delights including Portal Games Imperial Settlers Roll & Write, Awaken Realms Etherfields and the usual cavalcade of the cream of local designers and publishers.

And if that didn’t get you all soggy in the britches there is of course the concluding part of our live trilogy of  misinformed belligerent gibberish.

Lets Get Ready To EXPO!!!

Who Dares Rolls Podcast Episode 33
Be the first to comment!
Leave a reply »