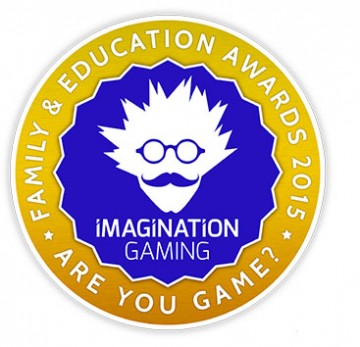 Its exactly one month to the UK Games EXPO if if that doesn’t get you all a quiver and send you into spasms of happy joy joy levels of excitement then what on earth are you doing reading this. The EXPO is the HOT ticket for board gamer’s in the UK, running from the 29th to 31st of May at the Hilton Metropol in Birmingham its the must attend event. If you’re on the fence about going throw yourself off it right now and go book yourself tickets HERE, I’m going to wait until you do… c’mon everyone is waiting on you now… Right done it? Good.

If you have kids and your thinking “well I’m not sure its for them” then cast aside those misconceptions because one of the fantastic parts of the EXPO is the Family Zone run by Nigel Scarfe from Imagination Gaming, he’s have been doing an amazing job of feeding young minds with the cream of learning experiences through play not just at the EXPO but across the UK. And not to get all Bob Geldofy but the children are the future, catch them early and as we all know this is a hobby that will grow and mature with you throughout your life, that people is about as profound as we are ever going to get around here. 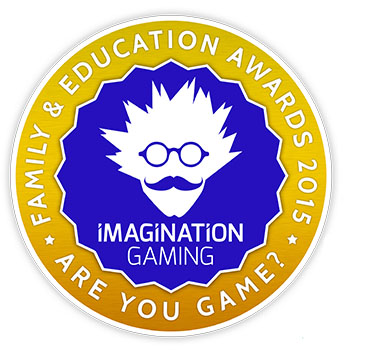 And as I brought them up Imagination Gaming have a rather special event happening at this very moment that will be culminate at the EXPO this year, its the 3rd annual IG Awards. The awards are focused on highlighting the finest examples of family and educational board games. Now before you switch off at the dreaded “educational” the awards are focused on games that promote interaction, learning and crucial social life skills but this doesn’t mean that these aren’t gamerly games, you know stuff that us grown up cardboard obsessed geeks wouldn’t touch because they do.

So far nominated for this years awards is the excellent Ivor the Engine from Mr Tony Boydell which me and kids love, Gaur Fanatasy which just looks cool and I want to try, Battle Sheep (who doesn’t want sheep that battle) and Mood X which involves storytelling which is always a hit with me, go and take a look there is some great stuff there and all of these will be available to play in the Family Zone this year. It gives me a warm fuzzy feeling that we are part of a hobby that has the opportunity to do this, and being a dad I can’t shout enough about what a great way board games are for you to interact with your brood and get them making decisions and learning under the stealth cover of something fun, so drag them off those consoles and spend some time together around a table and you know, do family stuff.

So yes another con but a little less well known than the EXPO is Cabin Con that’s been happening this week, its a gathering of friends who go off and lock themselves away for a week and play games, lots of games. Charlie and Ben from the podcast have been at the cabin all week, reports have been sparse but one things for certain its not a bloody cabin.. 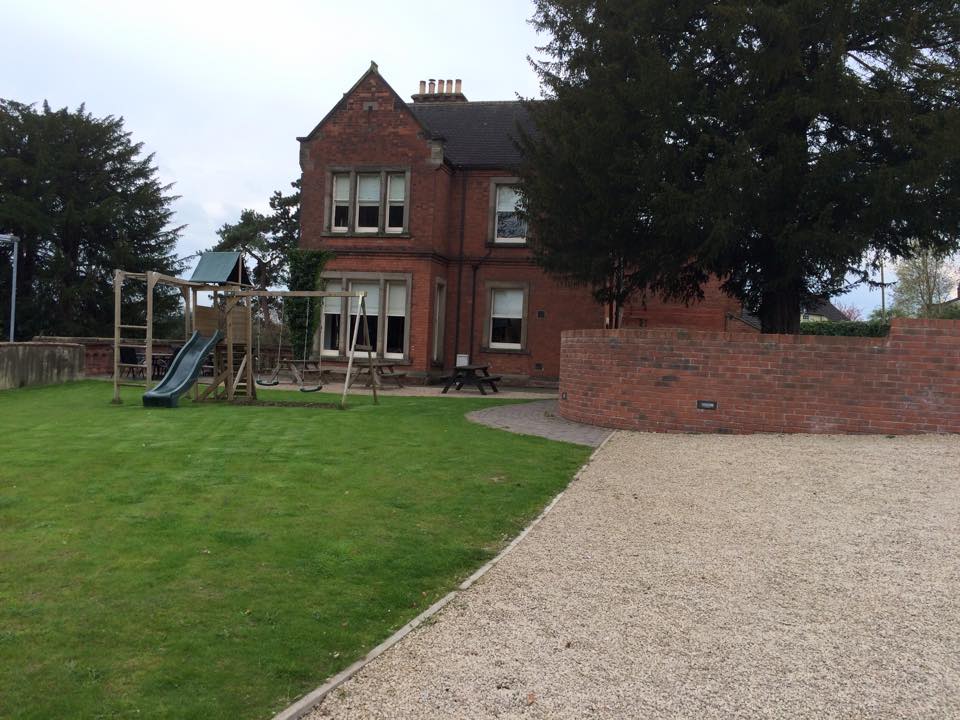 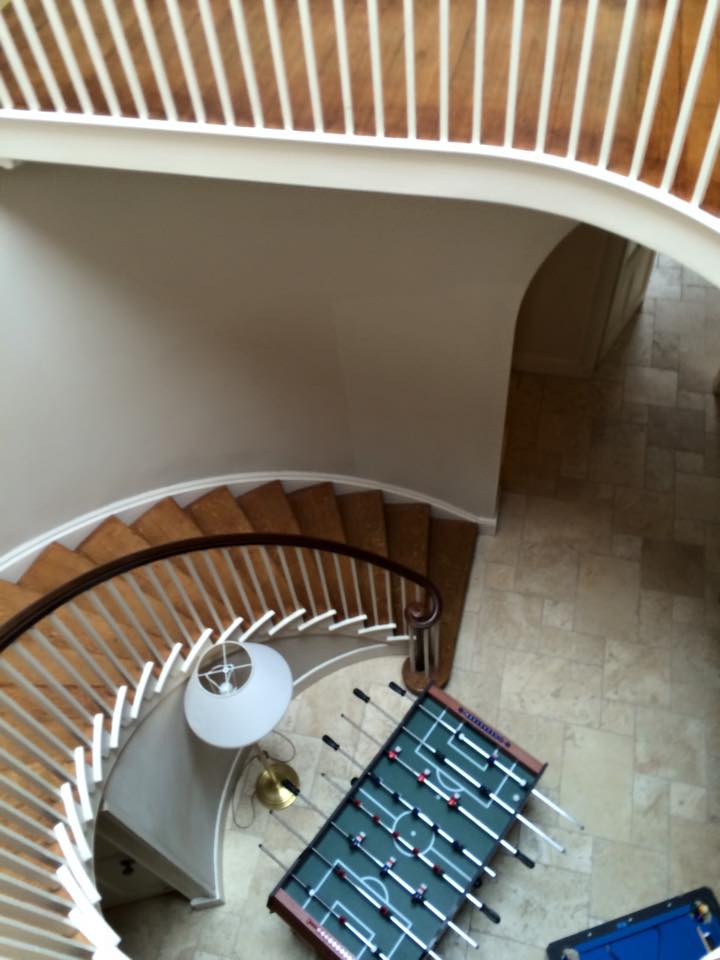 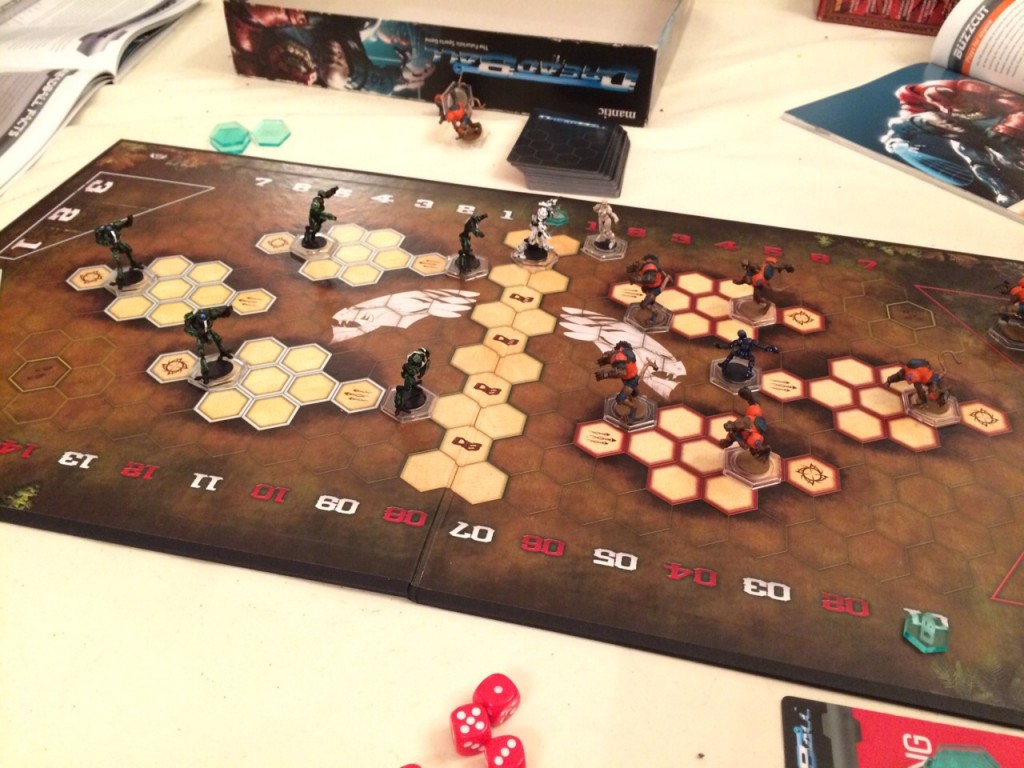 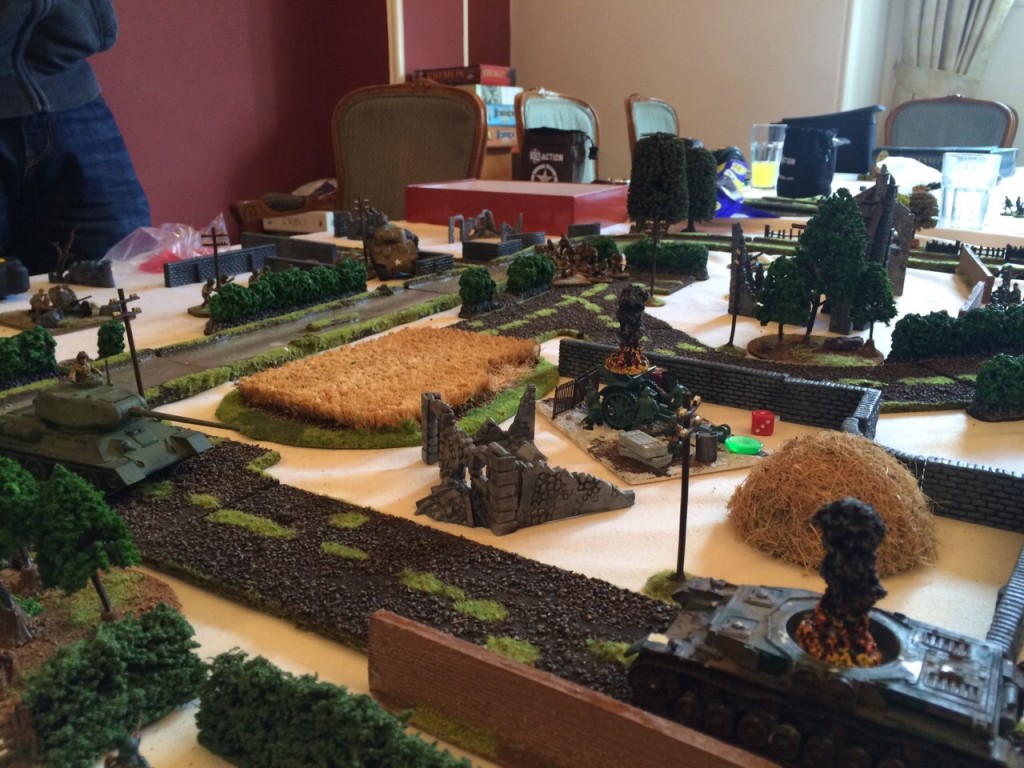 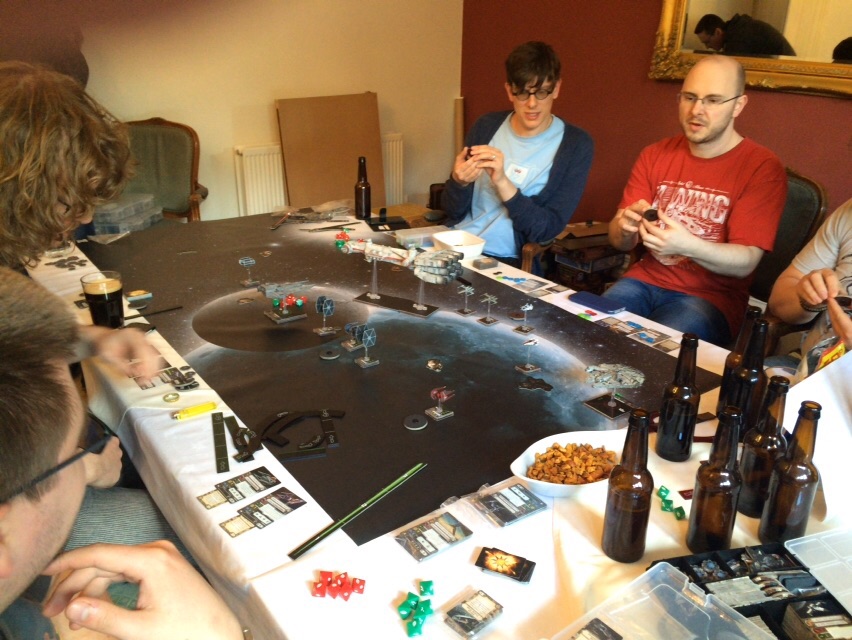 They’ve obviously been having too much fun as I’m had fragmented babblings of barely cognizant man children referencing the japes they have been enjoying whilst I’ve been stuck at work. Expect a full debrief and gasbaggery in a forthcoming podcast episode. 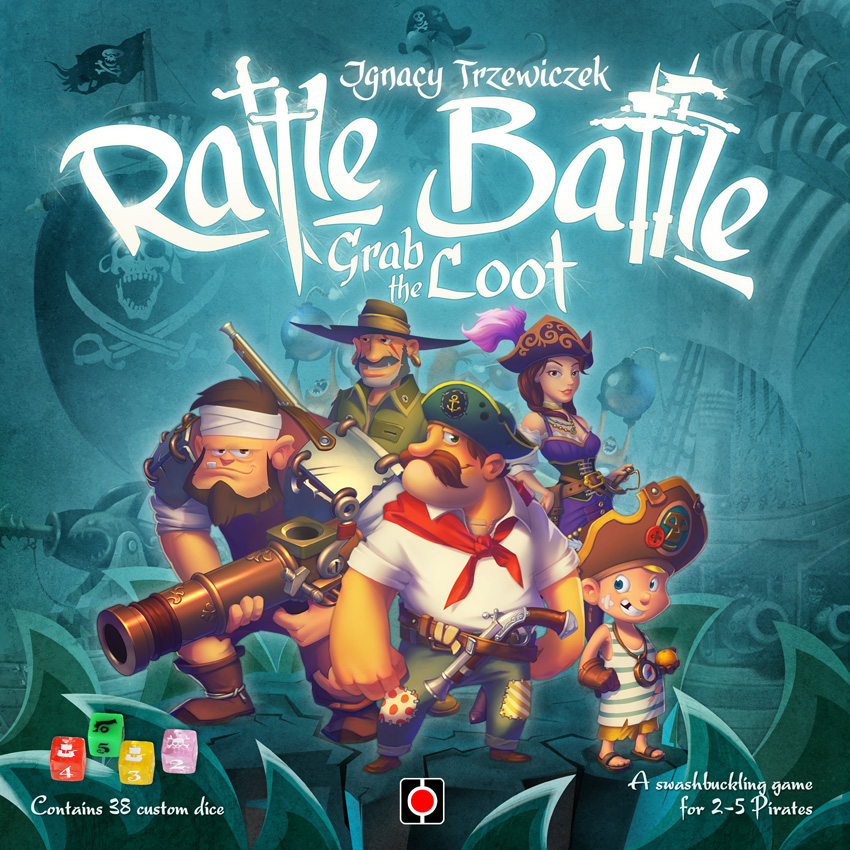 Well Ignacy Trzewiczek from Portal Games has let the cat out of the bag or should that be the monkey out of the powder keg regarding Portals soon to be released Rattle,Battle,Grab the Loot, its a dice battling game with pirates, frankly at this point in time if it has Ignacy’s name on it and comes from Portal i’m getting it. This is due for release at Gencon so expect more snippets of info to hit soon. Yaaaar! 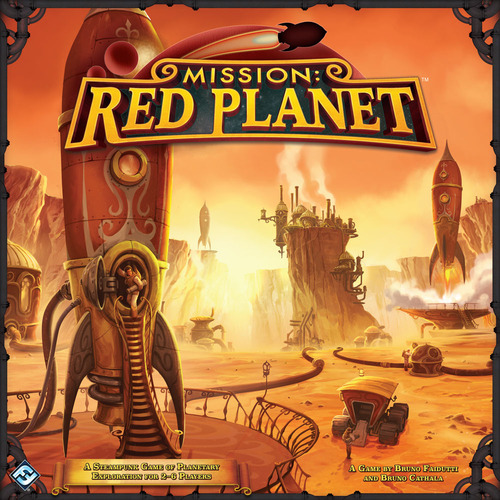 FFG who seem determined to sneak every last free nickel out of my bank account have this week posted images of the loooong awaited reprint of Mission Red Planet. In the game players are steampunky Edwardian space travelers landing on Mars and going about mining precious minerals whilst sabotaging and generally being a right cad to everyone else. So glad to hear this is finally returning, I just missed out on picking up the original version and its long been a grail game of mine. Look for this to hit later part of the year. 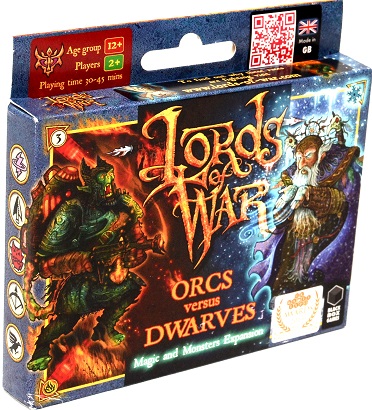 Oh yes, so the Lords of War Elves Vs Lizardman Kickstarter has funded, which was nice. But here’s the cool thing they have been racking up stretch goals with some ferousious abandon over the past week, for the measley pledge of £10 you can nab yourself not only the new card expansion set, but a token bag, and now three separate sealed boosters for all the existing armies. That my friends is an absolute bargain.  Take a peek below because that’s everything that you could nab by taking the I want everything tier. 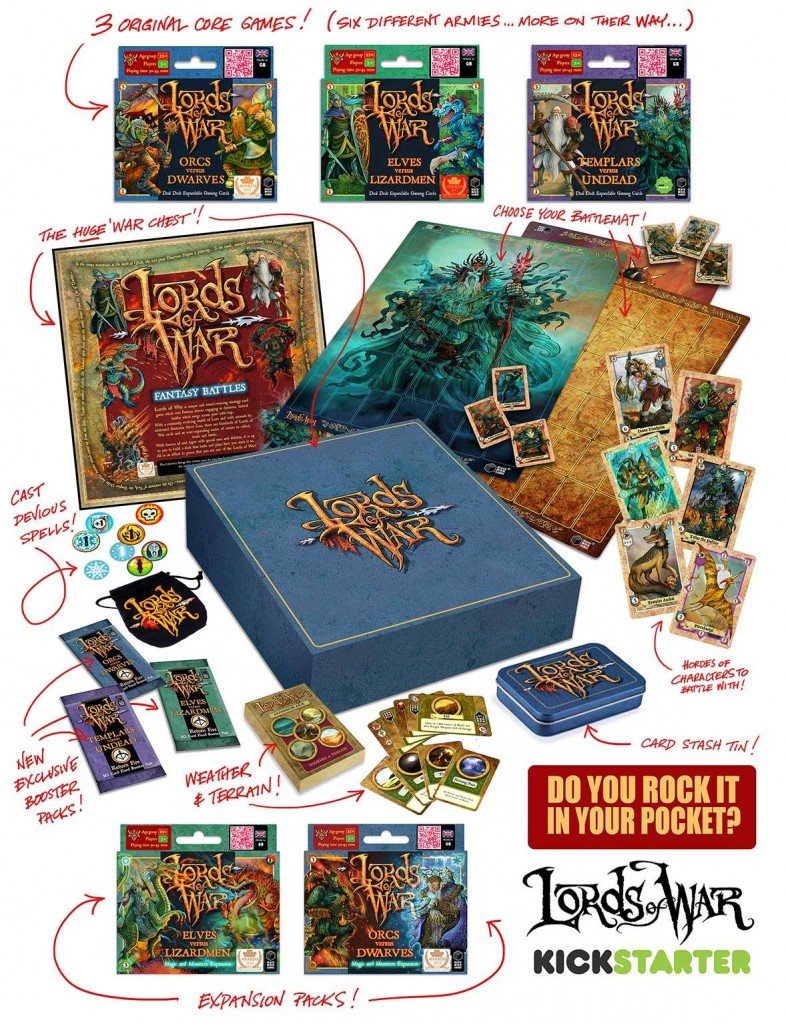 And if like me you enjoy playing Lords of War then you’d best go and sign up for the Tournament at this years EXPO, they have a sword and everything, you can get your name on it.

Right well that about wraps us up for the moment. Now remember to go and book those EXPO tickets. See you soon and keep playing.

Who Dares Rolls Podcast Episode 49 – Cabin Con 5
Be the first to comment!
Leave a reply »