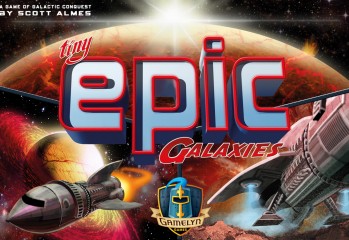 Not so tiny but certainly epic.

by Mike Bon January 9, 2015
Its been a relatively slow start to 2015’s gaming calendar, actually scrub that. It was a relatively slow start until yesterday. Gamelyn games have been building anticipation for their next release in the Tiny Epic series  Tiny Epic Galaxies for a while, back at the start of 2014 saw their first big(small) release the original […]
A WDR Joint
Fonts by Google Fonts. Icons by Fontello. Full Credits here »