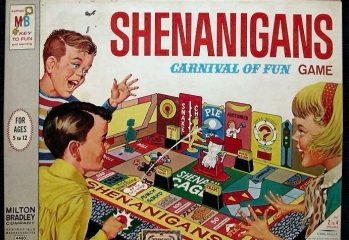 Gaming overlords unhappy that you aren’t buying all the games!

by Mike Bon January 4, 2018
Apparently, the avalanche of new game releases has led to promising Asmodee titles being suffocated by the oversaturation of the market, an executive from Game Publishing Overlords Asmodee has suggested. Asmodee CMO Steve Hovarth estimated that 3,500 new games were released during 2016 – or around ten releases a day on average – resulting in […]
A WDR Joint
Fonts by Google Fonts. Icons by Fontello. Full Credits here »