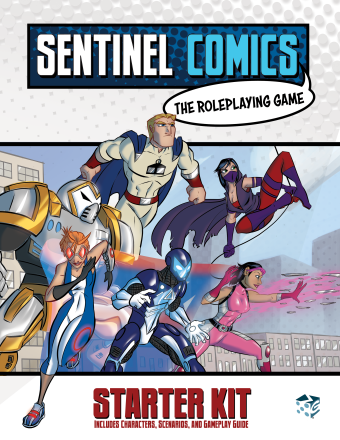 Designed by Christopher Badell and Critical Hit Studios. Published by Greater Than Games.

Sentinels of the Multiverse is a game I’m a massive fan of. It’s a co-operative superhero card game with an incredible amount of lore buried in the cute art and fun quotes. The heroes, villains and environments in the card game each modify the simple rules to thematically reflect their powers. As I said, I’m a massive fan, I’ve bought their miniatures-based game, I’ve bought their ludicrously large storage box: 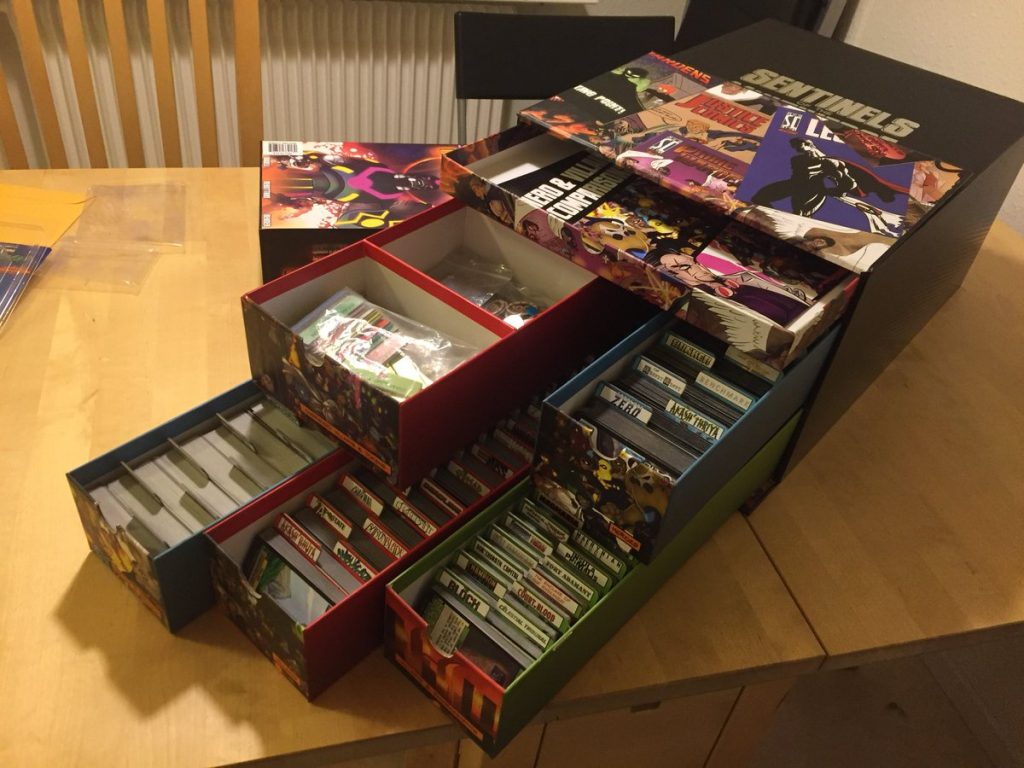 So when I saw there was an RPG, I had to try it out.

The Sentinel Comics RPG is set after the final storyline of Sentinels of the Multiverse and the RPG needs no prior knowledge of the world. The RPG itself hasn’t come out yet and is due to appear on Kickstarter at some point in the future. Until then, the Starter Set is a very pretty product to tide people over and give a preview. I assume this also means that the rules could change between now and the game’s official release. 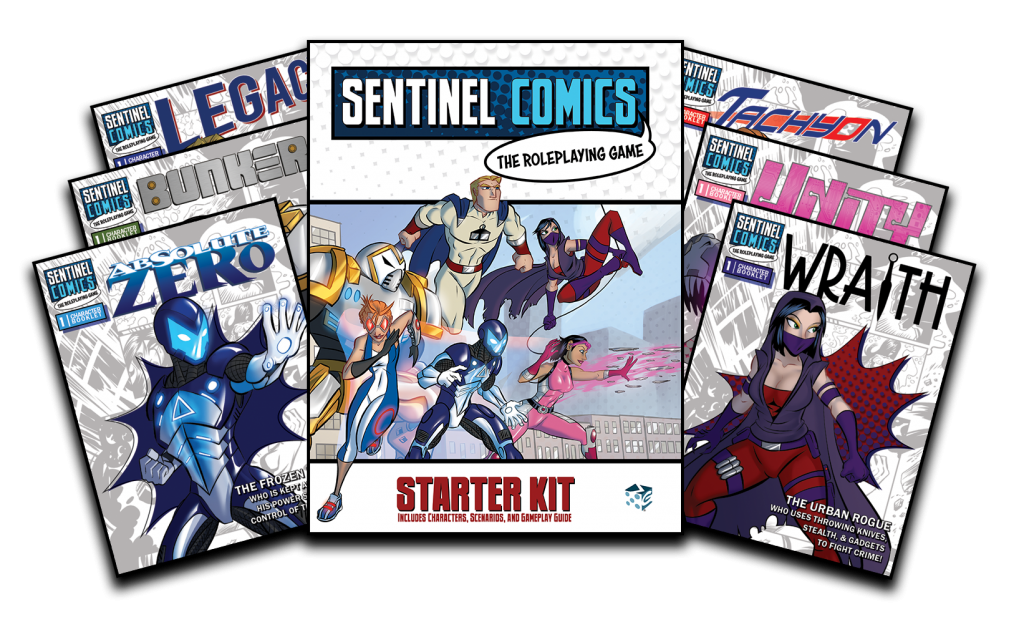 The package itself is best as a physical release, being a cover which can act as a screen, several character booklets, a GM’s booklet, six adventures in their own comic-looking booklets and a bookmark advertising their amazing Sentinels lore podcast ‘The Letters Page’.

The playable characters are:

Absolute Zero – Trapped in a temperature-regulation suit, Absolute Zero damages himself to cause far more damage to others in the form of icy blasts.

Bunker – A military man in a mech which can shift forms, presenting different suites of powers depending on which mode he picks.

Legacy – An inspirational superhero able to fly, invincible, basically almost a Superman package, but as a bit more of a buffer/supporter than the Man of Steel

Tachyon – A super-scientist super-speedster, a genius who never stops moving.

Wraith – A billionaire who fights crime at night as a dark detective, wielding several gadgets which help give her versatility in any situation.

And their former intern, Unity – A technology-manipulator who creates golems which can do her bidding.

The playbooks are clearly laid out, with character details (a lot of which are just here for flavour but look like they’ll mean things when the character creation rules are published), stats and really nice explanations of what they all mean. There are also the simplified rules explained including the types of actions players can take.

Characters consist of two Principles, which give some RPG prompts and abilities. They’re where the hero’s superheroness comes from. Then there are Powers and Qualities which are listed with die types for each one. 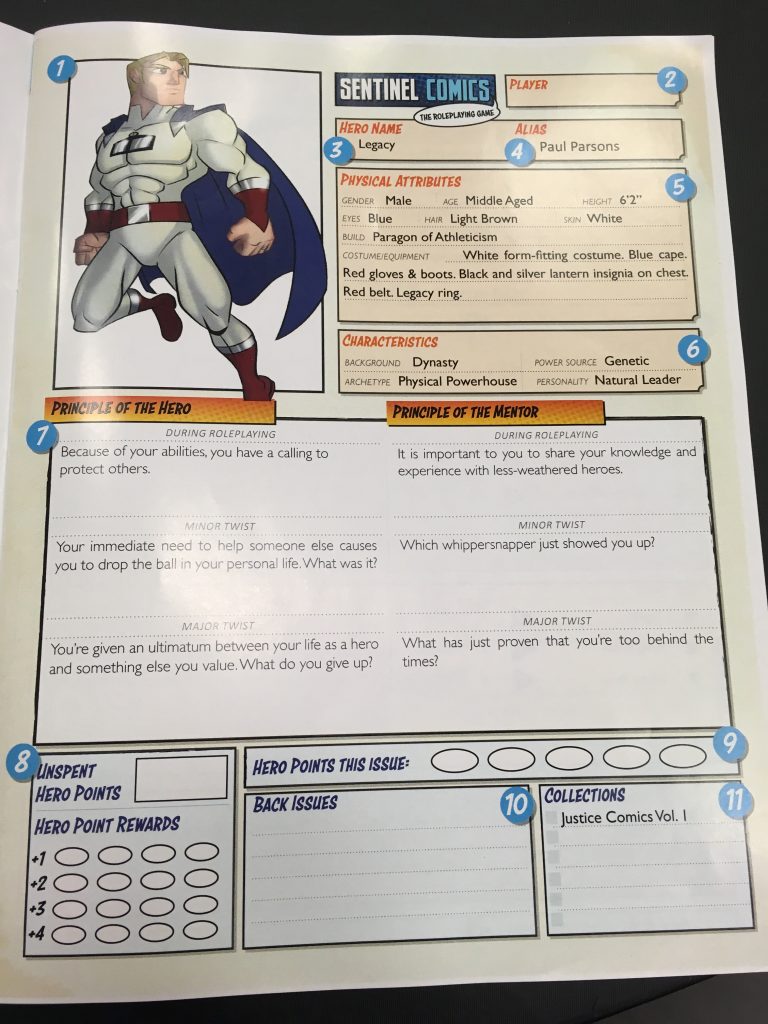 Then there are Abilities, which are divided out into Green, Yellow, Red and KO categories. The health of each character and the tension of the scene starts at Green and then if either shifts through Yellow or Red, then the next suite of powers is added to the list. This is a great way of gating off superpowers so that all those third act kind of abilities like Flash running back through time or Superman freezing a ton of villains can wait until needed instead of being used all the time. When your character is KO’d, they are still able to take one action on their Abilities list, much like how you can still help out in the card game when you’re floored.

Overcome – This is a standard action where you’re trying to overcome a problem. You might be trying to outrun a person, climb up a volcano or anything like that. These rolls work on a scale of success, like the Fate or Dr Who RPGs.

Attack – Similar to Overcome, but the level of success is how much damage gets caused.

Boost or Hinder – for when folks help out. There’s a scale of success, but this is how much of a modifier you add or remove from whoever’s acting.

The rolls themselves are when my praise for this game starts to dip a bit. To do one of the above actions, you pick a Quality, a Power whichever die reflects your status (Green, Yellow, Red), then take the relevant dice listed for each of them. You’re always rolling three dice, so if none apply, you use a four-sided die. You roll those dice and you pick the die with the middle score. So if you roll 4, 7 and 10, you pick the 7. This was really difficult for my players to keep track of, with the phrase ‘cumbersome’ coming up multiple times in the session we played. It’s inelegant, but can provide some level of versatility. Abilities aren’t just a die type, but they’re rule-breaks and modifications. Tachyon has a super-speed power which means when she uses an Overcome action she can end up anywhere in the scene. Or she can use Hypersonic Assault to roll the three dice and hit multiple targets using the damage from her minimum die and Hindering them with her middle die. It gives a lot of options, but even then, it can seem cumbersome. 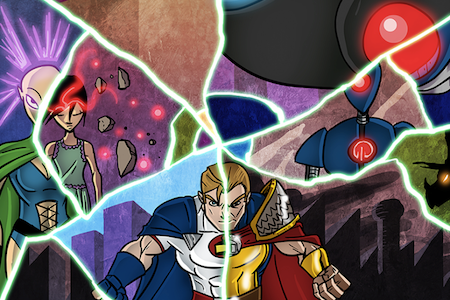 Villains are either minions whose health and combat abilities are dice which shrink to smaller die sizes as they get hit, henchmen who are similar but with a bit more longevity, then proper masterminds themselves who are basically the same as heroes. Combats move quickly and in a satisfying manner using ‘popcorn initiative’ where each player takes their turn and nominates the next person. They can ignore the villains, but that’ll mean they will all go together and probably pick each other at the start of the next round. With any good, experienced group, nominating villains for better narrative drama can happen and given this is a superhero series, it’s fine that a system skewing towards players doing well is used.

The system focuses almost entirely on combat and action scenes. Downtime is used as a method of recovering from any stress and damage between these kinds of scenes. It feels like a bit more thought could have been put into time outside of the mask, but the main RPG might well deal with this in a better fashion than the starter set.

The Starter Kit itself is a really nice set of resources, however after playing a demo game at the UK Games Expo, I realised that post-its for villain stats and for people to track initiative. For my own game I brought along the foil variant character cards for the main villains being faced and for each of the pregens, so players could hand them in when their initiative was up. I also created a rough plot ‘tree’ to reflect the story and where it could go, including the villains they would face. If I had a PDF copy, I would have liked to have printed out all of the villain stats to prevent unnecessary page-flipping.

As a player, I picked Tachyon and played a scene which had a bus full of students teetering on the edge of a volcano, which was spawning lava golems. I had two other players with me and we managed to have some nice dramatic play together. As Tachyon I raced through the bus, pulling out the last of the kids before the bus was used as a weapon against a boss monster. I also used superspeed to create a tornado of broken glass to take down lava monsters. It was quick and fun. 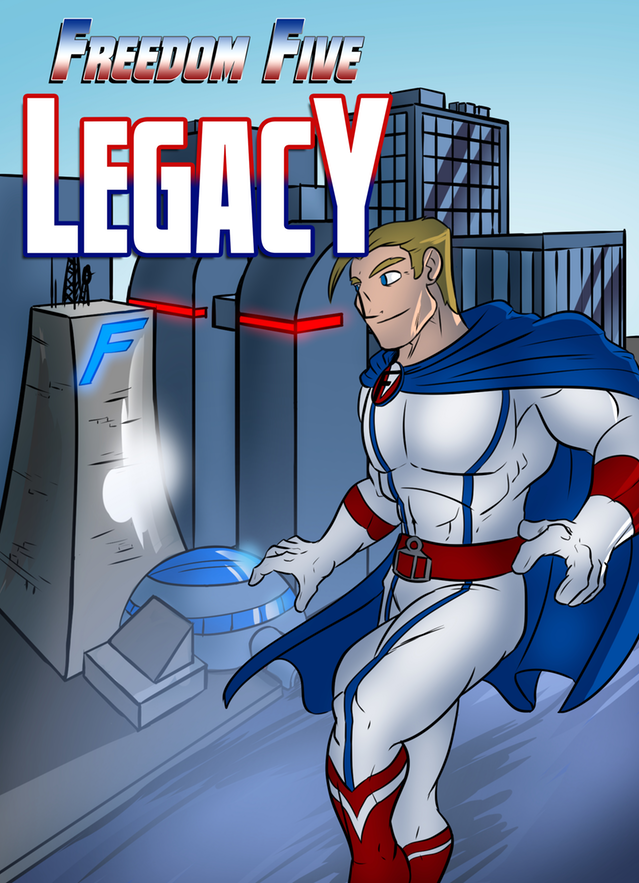 I prepped the campaign, primed my group by playing the Sentinels of the Multiverse card game with them, which they loved. I picked the heroes used in the RPG as pregens and the villains fitting the upcoming challenges they’d face. This way it wouldn’t just be referential for myself and one other player, but everyone would be in on the easter eggs. We made it through the session and while there were some fun moments, it felt a lot more gamey than normal sessions my group have, without as natural a sense of flow between encounters.

There is a problem for us, given the group’s unanimous love of the Masks RPG, it means that any superhero game will inevitably get compared to it. In this case, that comparison really didn’t help. The action flows beautifully in Masks with the Powered by the Apocalypse style ‘the game is a conversation’ style. Mixed with the dice pools and how to read or manipulate them, this six-session campaign I’d prepared for didn’t make it past one.

To read, the starter set has some neat books. I’m a big Sentinels fan, as I said earlier, so the plots and cameos in the adventures are really fun. The character sheets are good for fans to check out the kinds of things their favourite heroes can do and the background text is more nice lore. The system is a bit of a mess which I’m hoping will be improved when the Kickstarter happens. I really hope that’s the case. The art is all Adam Rebottaro, so it keeps thematically the same as Sentinels of the Multiverse and is charmingly familiar to look at.

Most of the time I only really talk about RPGs I love here, but this time it’s more difficult. My group couldn’t deal with this game and I totally get it. I understood it a bit more after having played it with someone from the Greater Than Games stand at the Expo and reading the starter set multiple times. I can’t really recommend it for anyone but a big fan of the Sentinels characters and universe. There are some brilliant elements which are weighed down by some clunky rules and a sense of needing to use RPG mechanics to reflect card game mechanics. Keep an eye out for the Kickstarter, though, hopefully they’ll iron out these quibbles and make a fantastic game. 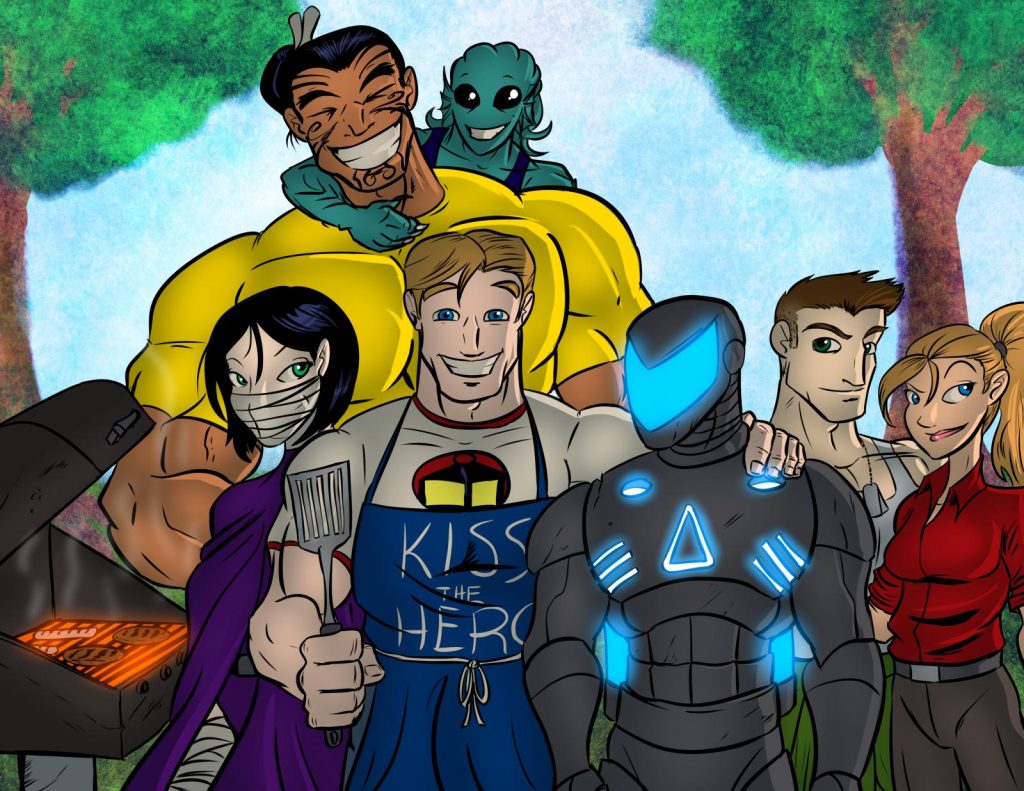