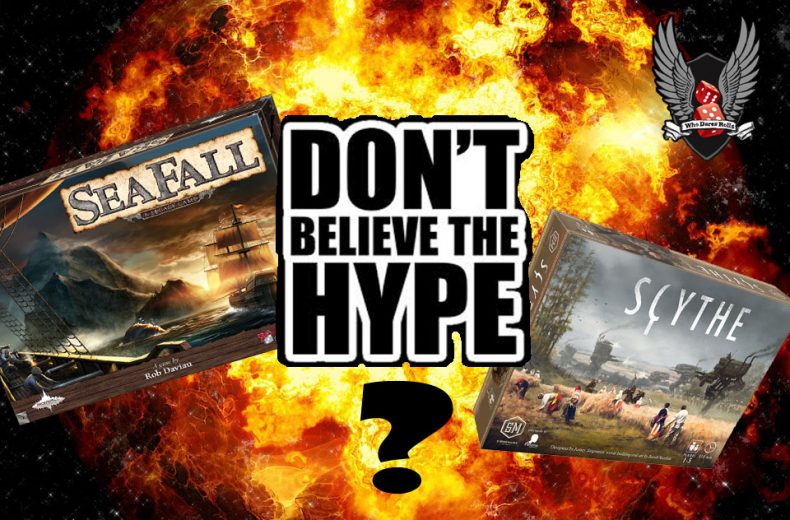 In this rambunctious wollop of entertainment:

We discuss what we’ve been playing including Eric Lang’s latest H.M.S. Dolores and Mike gets all excited about Adrenaline.

Stupidly there is a discussion involving Mike regarding the portrayal of women in fantasy games including Kingdom Death Monster and Conan.

And then we tackle the big topic Seafall and Scythe and hype in board games. Is it a good thing and how much is too much.

And then we have the shortest ever episode of Fighting Fantasy! (Ben was hangry)

Review Wars!
Be the first to comment!
Leave a reply »