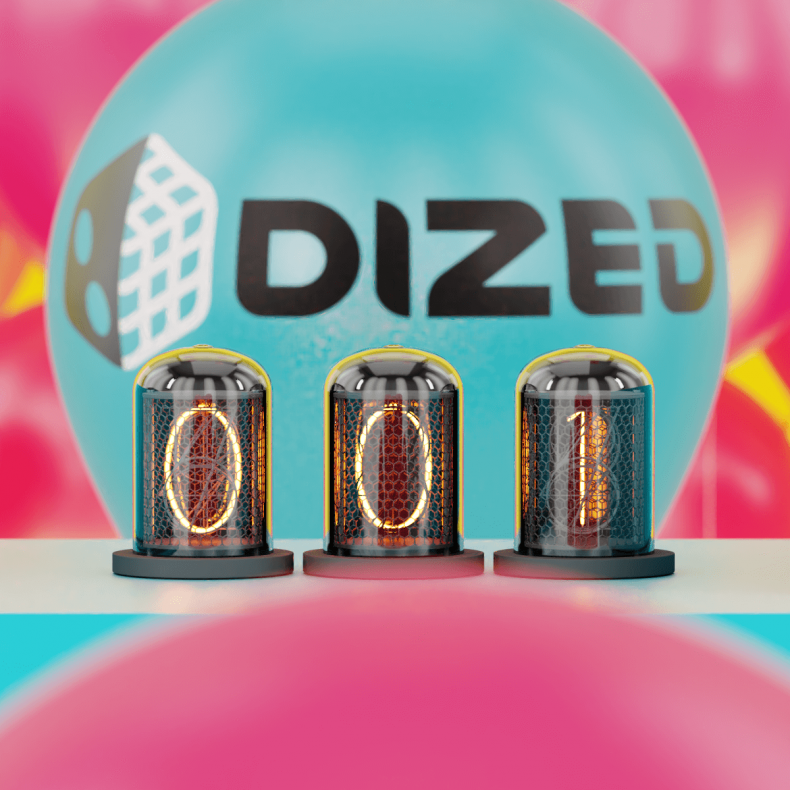 As I sit here typing I keep peering over at the clock hanging ominously behind me, it’s working I know it is but it feels like I’m trapped in one of those terrible Hollywood cliches as the hero defuses that gigantic bomb in the final act, seconds stretching to minutes sweat glistening on his brow.

In a little over 8 hours the big red launch button get’s pressed on the Dized IndieGoGo campaign I’m looking at the to do list that’s mockingly resistant to progress while also trying to avoid any Game of Thrones spoilers my stomachs in so many knots right now that even Harry Houdini would have a hard time getting out of this.

So in honour of Hollywood cliches and as seem’s apt at this 11th hour let’s have a flashback while we wait this one out.

It was the UK Games EXPO 2015 and as had now become the norm me and Chris from the UKGMN were stuck in a dusty corner of one of the labyrinth rooms at the Hilton hotel interviewing games designers. After hours we did what all sensible attendees of this event do and had taken to the bar and it was here that we were approached by two guys who even at a glance you could tell were not from around here sporting flowing blonde locks and enough facial hair between them to make a thrash metal band envious.

They introduced themselves as Jouni and Tomi from Playmore Games a fledgeling board game company out of Helsinki, Finland and that they had spotted us doing our thing earlier in the day and wondered if we would be so kind to accommodate them with some table time. Beers were bought and we got to talking and we shook on it, they’d come to the EXPO with their first game Race to the North Pole which was enthusiastically produced from Tomi’s back pack, they’d hit the UK after being bounced out of Australia over a disagreement with work visa’s and were on a whistlestop tour of board game conventions with Gen Con next on the agenda before a final stop over at Eseen when the game was being launched. They were genial, funny and clearly either mad as brushes or geniuses having decided to go and kick down doors and make a name for themselves and we loved them, their enthusiasm was as contagious as small pox.

And sure enough true to their word they appeared at the table the next day and we demoed the game. And despite my failure to pronounce Jouni’s name on several occasions and labelling the main selling point of the game as a “spinny thing” they were happy with our efforts and asked for a copy of the video.

My lasting memory of that EXPO was as I and Chris had packed down that night and were heading out for some liquid refreshment we passed the guy’s sat on the floor in a fire exit, the game spread out among them probably breaking numerous health and safety regulations. And who’s that hunched over with them in that fire exit? Well Eric Lang, of course, I smiled it just felt so very rock star and cool I game Tomi the thumbs up Jouni was doing his thing with Eric hanging on his every word and I had to give it to them they meant business.

And that gentle reader you’d think would be the last of it, but it wasn’t. We kept in touch, and true to their word a little while later I received that demo copy in the post, looking a little well travelled after its adventures and I reviewed the game for them.

Our paths crossed again at next years EXPO, they’d done alright for themselves the game had been a hit at Essen and they were now fully into trying to realise the dream of Dized the app we’d seen in its infant stages the year before.

An app to teach board games to everyone, a dream of inclusivity in our hobby, where the biggest stumbling block to more people enjoying what we do is the rule book.

They were gracious and thankful apparently our video had been really helpful in pitching the game and as in way of a thank you gave us a huge area of their stand to conduct our interviews. They didn’t need to and we were blown away by the offer and even the mighty Tom Vasel even commented in passing that we had a sweet set up. 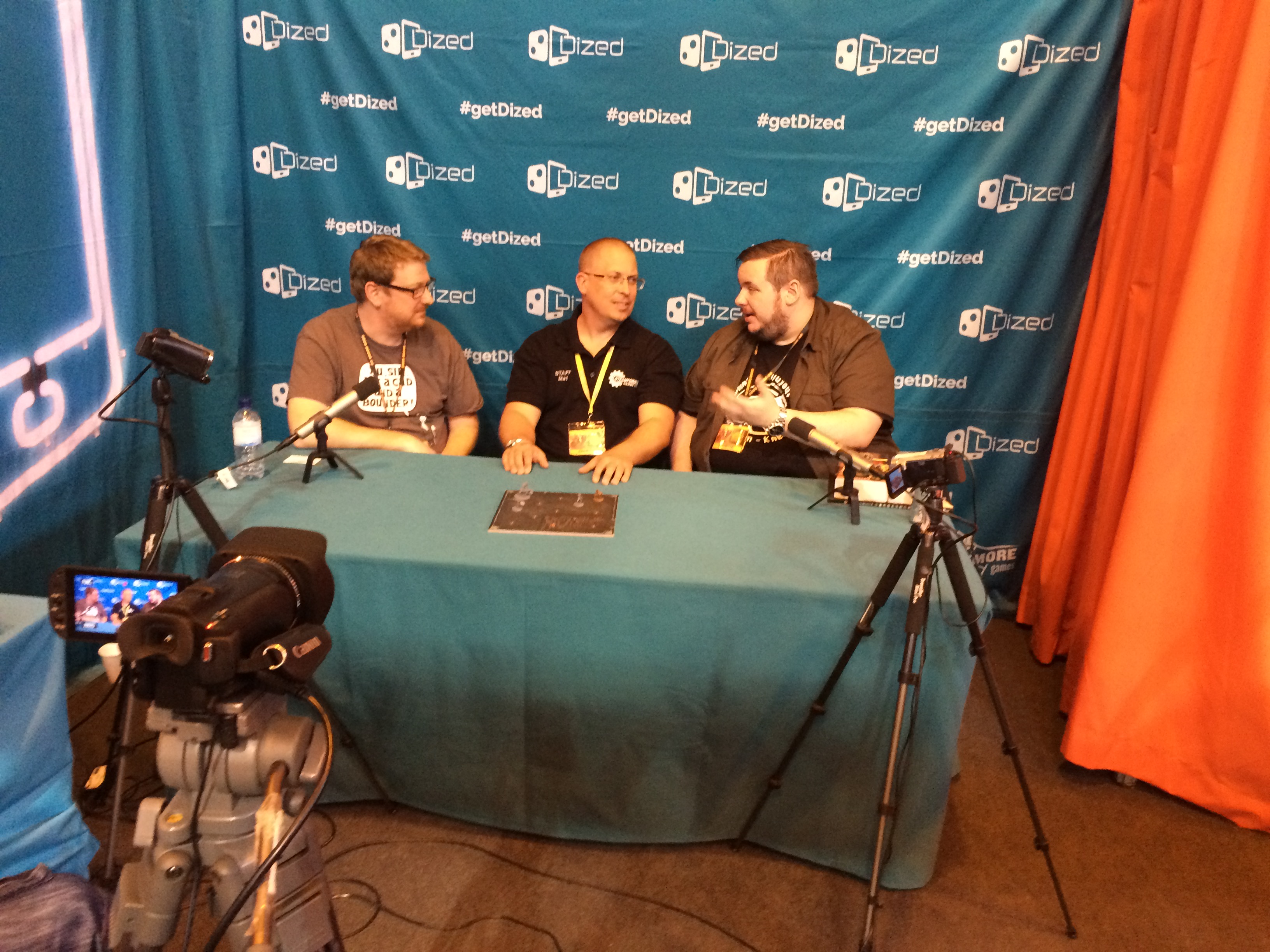 Essen that year they flew me out to demo on the stand with them and it was then I could really see the possibilities for Dized, I was teaching German families how to play Race with the app. And as I did my thing I watched Jouni and Tomi do theirs as a literal who’s who of designers and publishers came via the stand for meetings and to see Dized in action. I had to give it to them, they were good. 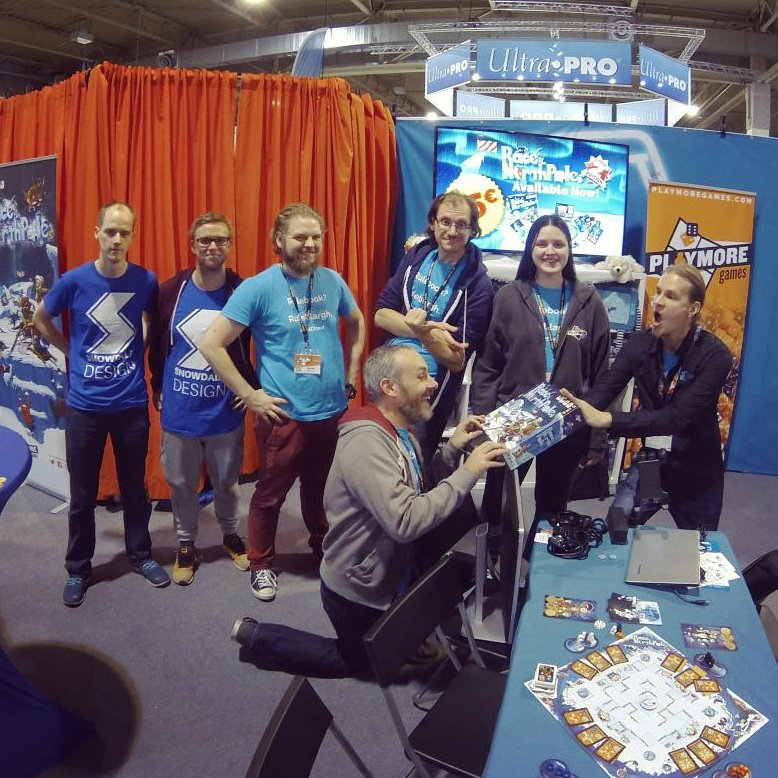 And so that sort of brings us back to clock watching, two years on and they’ve done the impossible. Founded a company with employees from across the globe made up of artists and programmers and gamer’s all with the same passion to revolutionise how we enjoy this hobby of ours and to get more people playing. 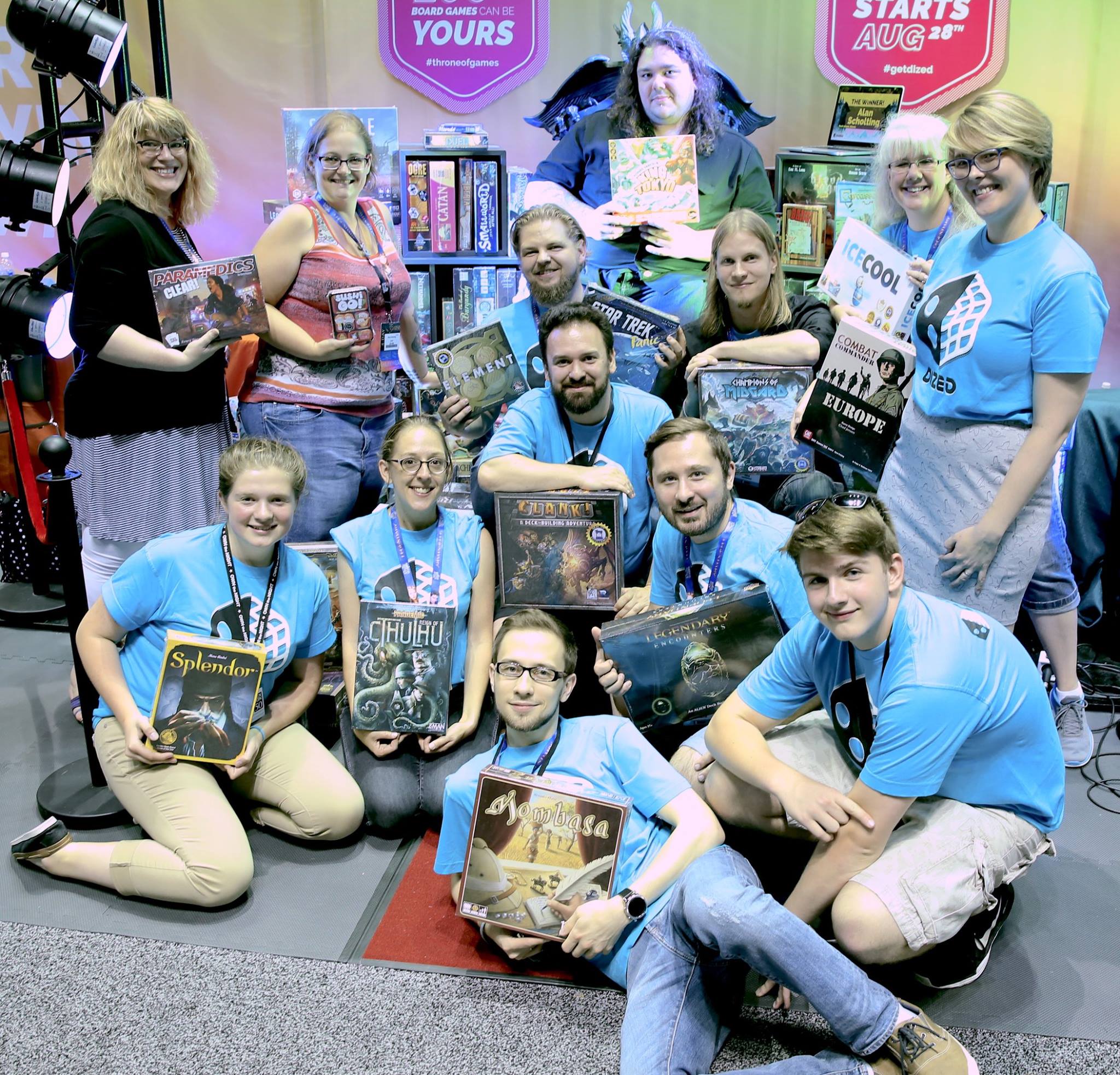 They’ve helped me to fulfil my dreams of working in the industry I love, now let’s all get together and help them fulfil theirs.

To the EXPO and Beyond Part 1
Be the first to comment!
Leave a reply »