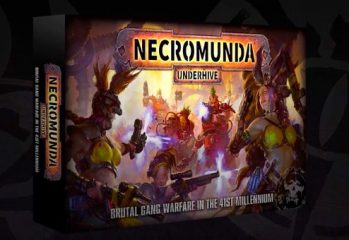 by Adam Won June 21, 2018
It all started back in 1990. A series of articles appeared in White Dwarf about gang warfare in the Warhammer 40,000 universe the system (Confrontation) was a radical departure from anything GW had previously offered. The articles featured the Hive World of Necromunda, its cities towering lawless labyrinthine monstrosities that dominated the polluted […]
A WDR Joint
Fonts by Google Fonts. Icons by Fontello. Full Credits here »