Monday Allready Gosh! Its the News! 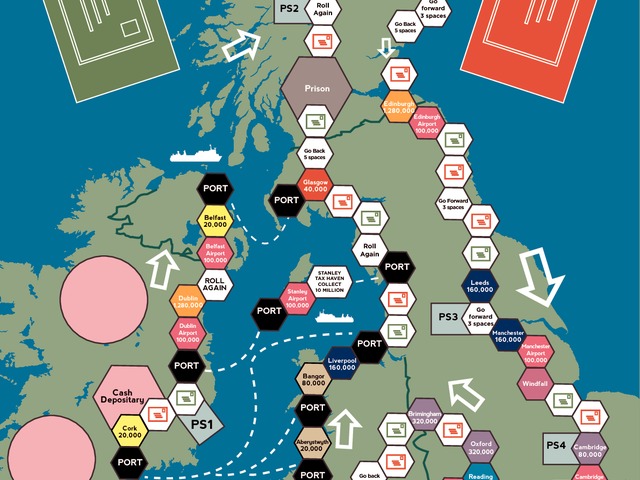 OK so we have more licensed goodies coming, IDW have announced an X-Files game..Hmmm. 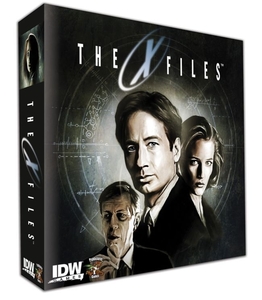 But wait its been designed by Kevin Wilson who gave us Game Of Thrones and the rather excellent Cosmic Encounter the Fantasy Flight edition. It see’s everyone playing FBI agents against one other player who gets to be the shadowy smoking man, maybe its a bit late to the party but color me a tad interested.

We covered this briefly in the recent podcast, how do you fancy being a lowly put upon worker on some giant car plants production line? Well now you can. Lots of resource management and a interesting game mechanic that see’s your boss being either a sweety or a git, its coming from Stronghold games later in the year. 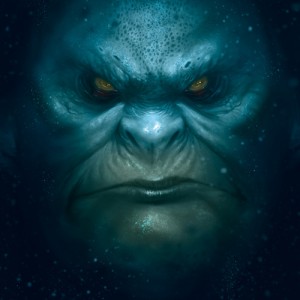 Ain’t he a looker? This is the cover for Abyss coming from Bombys in August with oodels and oozles of beautiful art by Xavier Collette. Its from the designer of Shadows Over Camelot and its about this stuff.

The Abyss power is once again vacant, so the time has come to get your hands on the throne and its privileges. Use all of your cunning to win or buy votes in the Council. Recruit the most influential Lords and abuse their powers to take control of the most strategic territories. Finally, impose yourself as the only one able to rule the Abyssal people!

Abyss is a game of development, combination and collection in which players try to take control of strategic locations in an underwater city. To achieve this, players must develop on three levels: first by collecting allies, then using them to recruit Lords of the Abyss, who will then grant access to different parts of the city. Players acquire cards through a draft of sorts, and the Lords of the Abyss acquired on those cards grant special powers to the cardholder — but once you use the cards to acquire a location, that power is shut off, so players need to time their land grabs well in order to put themselves in the best position for when the game ends.

So that’s nice then, lets look at more of that stunning art. 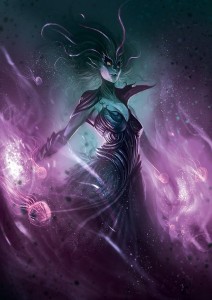 Things of note on  Kickstarter right now, or at least stuff I’ve backed or are seriously contemplating. 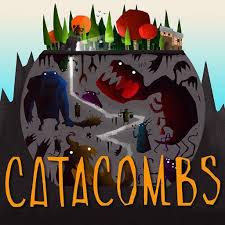 Out of print for far too long, this is a dungeon delving game that involves you and your buddy’s flicking disc’s and doing dungeon stuff. Its a cracking game and looong overdue for a return and I quite like the new art style, which has an Adventure Time feel to it. It’s yet to reach its funding goal so still time to hop on.

And now the dark side of Kickstarter – no not somebody else losing a house or life savings, its worse. Just perusing the games listings there are currently at least 5 Monopoly clones on there and nearly all of them have a backer! Stoppit people you are encouraging them. 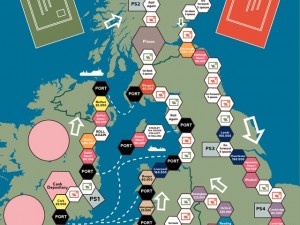 Well city millionaire (pictured in all its glory above) is off to a cracking start with £6 worth of pledges. I was amused that apparently most of Scotland is a Prison and Ireland has two giant breasts. The very British sounding Mansell Van Weenan has these encouraging thoughts to pass on to his two die hard backers.

Thanks to all my backers and those whose comnebts has helped identify impovements.

Cheers Mansel. I was troubled that so far both of Mansel’s backers have obviously been sending their comments via carrier pigeon or brain waves as his ravings are the only ones on show. Still we wish him well in his endeavor only another £19,994 to go.

In the event you are still on the fence on whether to back or not, We’ll leave you with more of Mansel’s words of encouragement.

ts fun, exiting and you could be up one turn with millions of pounds and then down the next turn by the strome of luck. It takes the traditional property board game to new heights of exitement and its fun for the whole family.

Who will be the magnate taking all!

The something, somewhen News!!
Be the first to comment!
Leave a reply »