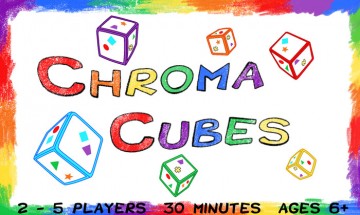 Its been a month since I last posted a news update you’ll never accuse us of having our fingers on the pulse here at WDR Towers, so with our usual sluggishness and sloth like efficiency lets take a well overdue delve into the carboardy underbelly of boardgames and see whats twitching out there to tantalize you.

As of this very moment we’re about to be bombarded with a cavalcade of games as Essen is happening right now, like this moment, like now.  We’re looking at hundreds of new games about to be released in an avalanche of cult of the new spasm inducing dollops. Top of my head there are at the very least twenty that I want to see. That I can’t make it this year makes me sad, but also a little happy as it would bankrupt me, I have no self control.

Of the games, which there are many I’m interested in the ones simmering at the top of my hotness are:

Alchemists from CGE – Any game that has you mixing potions and selling off your dubious wares to foolhardy adventurers whilst competing with other equally morally corrupt snake oil salesmen to claim yours is the best potion has got to worthy of a look. This is the  one with an app that randomizes the results of the potions for each new game forcing you into so clever deduction to work out what you can mix without blowing the roof off your wizard tower. It sounds fascinating and a great use of an in game app, this is creeping to the top of my must have list.

The Castles Of Mad King Ludwig. This one see’s you building deranged labyrinth castles as you compete to win the kings favor by building what he wants, unfortunately he’s nuttier than a Snickers bar so his whims change constantly, lots of whims all over the place . It looks crazier than a box full of bamboozled terapins and I’m certainly curious.

Evolution – Take a dash of Spore the old PC game that had you dabbling with genetics to create the best new critter to survive in an ever changing echo systems, some Jurassic park and you get Evolution with a varied and clever design that supports different play styles and win conditions for gamer’s like me who like the idea of running about all chompy with aggressive carnivores or those more inclined to dopey furry tree huggers. 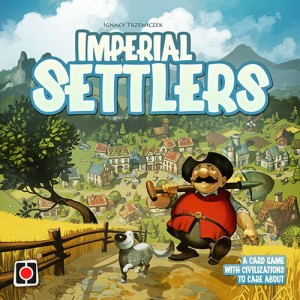 Imperial Settlers – Ignacy  Trzewiczek he of Robinson Crusoe and 51st state and writer of the hilarious and excellent book Board Games That Tell Stories brings us a cutsey vicious empire building card game. This already made  a splash at Gen-Con and I’ve been waiting for it to hit over here, love the idea and the art. This just ticks all of my please hand the box to me now please boxes, this is one I’ve pre-ordered. 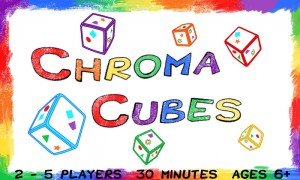 Here’s something that might be under your radar Chroma Cubes from 5th Street Games. This may at first glance look like a simple kids coloring game, but man is this really very cool. I conducted an interview this week with the games designer Chip Beauvais which will be up in the coming days. I urge you to check out this cool little game that hearkens back to those care free days spent deep in coloring books whilst also managing to involve cool dice rolling and tactics requiring some shrewd decision making. It really ticks all the boxes of what I love about modern games. Go and back it over at Kickstarter its a bargain, and If your on the fence give the PNP a go its well worth it and then you’ll totally understand where i’m coming from. 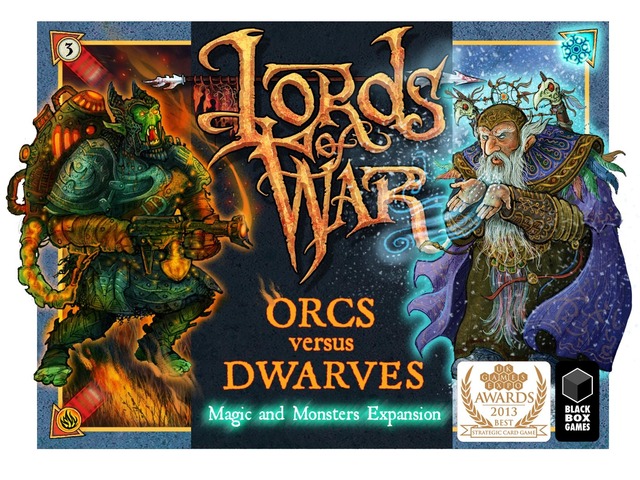 And those delightful chaps over at Black Box Games have just released a new kickstarter for the Lords Of War expansion: Magic & Monsters – This is the first stage of their planned second wave of sets and this includes new cards to add to your existing Orcs and Dwarves armies. More excitingly are the stretch goals that offer the chance for new decks for both their other sets in the series, Elves V’s Lizardmen and last years Templars V’s Undead. As always these are covered with yet more of that amazing art from Steve Cox and feature some interesting new mechanics. If you’ve not tried this yet then here’s a perfect jumping on point, all the previous versions and some extra goodies are available on the kickstarter. 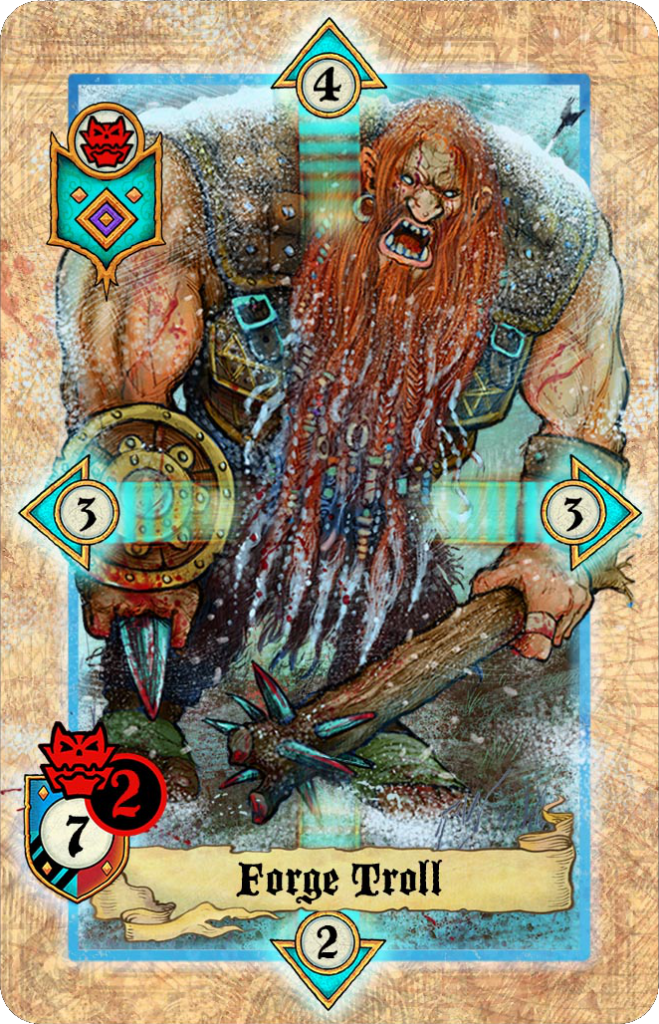 Right lots more to come, and I’m madly busy. Look for that Chroma Cubes interview in the coming days. A new podcast episode and plenty more reviews. The fall out of Essen and many other things far too exciting to even start discussing now.

Who Dares Rolls Podcast – Episode 14 – Dominion
Be the first to comment!
Leave a reply »