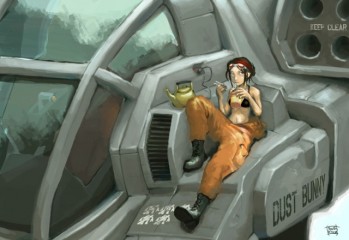 by Charlie Etheridge-Nunnon June 23, 2015
A role-playing game of science fiction military drama on and off the battlefield, by Elle Addison, Dana Fried & Yanni Cooper.    I’ve written about role-playing podcasts and my enjoyment of them previously, including “I Podcast Magic Missile.” Three of the hosts have got together to make a science fiction role-playing game which is a […]
A WDR Joint
Fonts by Google Fonts. Icons by Fontello. Full Credits here »