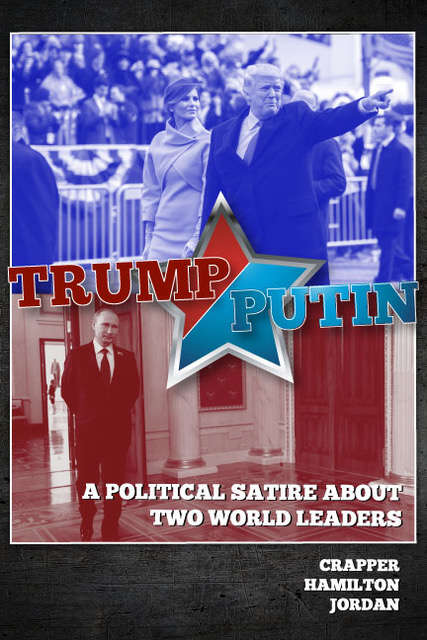 A Ginger Goat game by Todd Crapper and Chelsea Hamilton

I was Donald Trump this weekend, and I may have helped Russia invade Canada. 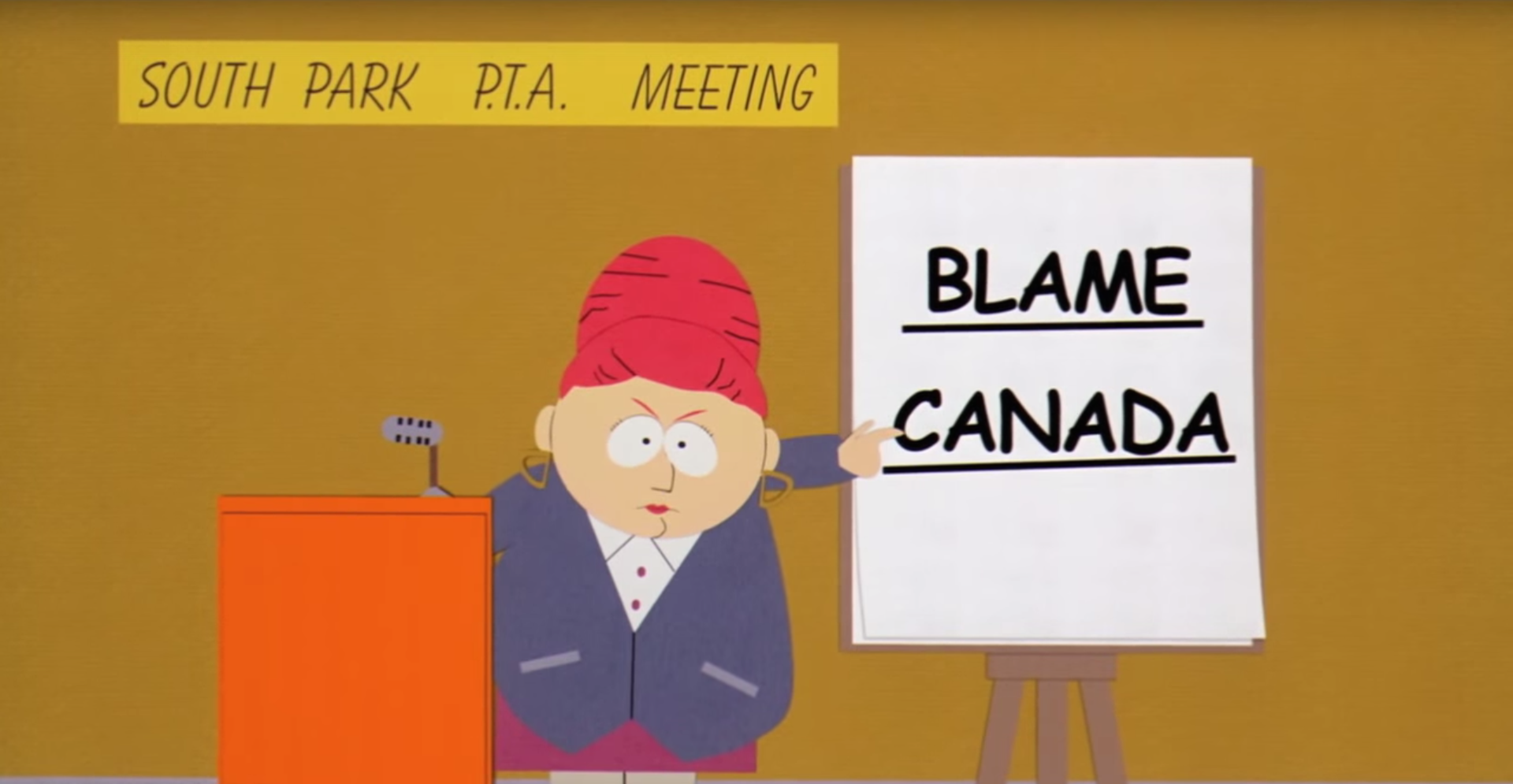 People sometimes say that comics, films and other media should stay out of politics. They should ‘just be entertainment’. The thing is, we exist in the world, as do the authors of our popular culture. The Transformers films are mindless but they certainly say something about the era they were made, the military and the triumphalism around them. Marvel Comics’ recent events which have transformed Captain America into a distaff Nazi bent on taking over the world do the same whether the creators say it is a message about our times or not.

Role-playing games are a tricky beast. They occupy the ‘fifth wall’ which has often been talked of by game designers where the actors are the audience. Dungeons and Dragons may often have a monarchy controlling places but the players can destabilise or overthrow them. Dungeon Masters may inject satire into the world in some form. To paraphrase Tom Lehrer, RPGs are like a sewer, what you get out of them depends on what you put into them.

But it doesn’t need to be that way. There are some great games with over political messages these days. Misspent Youth’s angry teenage rebellion, the doomed resistances in The Grey Ranks and Perfect. These are tinged by the fantastical though. Even games like Dog Eat Dog which is a look at the effects of colonialism or Heads of State’s stories about dictators can be set in the real world but often end up skew strange or broadly allegorical. It’s understandable, it’s a defence mechanism as I’m sure few players would want to play real world politicians.

Trump/Putin is the opposite of that. A fictional interactive biopic ripped from the horrendous present day we’re all living in. The world where the apparent leader of the free world talks of driving people out, building massive walls, dismantling healthcare, claiming to be for the common man while cavorting with the rich. Letting his fragile ego and Twitter account dictate his decision-making. Even in England, we felt the horror when he got in. My writing group were in the grip of National Novel Writing Month and the collective despair was paralysing. The fear for our friends in the States, for the rise of fascism in the guise of ‘populism’ which we were already witnessing from Brexit. It felt difficult to write at that time. The ultimate act of satire had been created as America elected an expressly unqualified businessman who epitomised rich selfishness was in charge.

Trump/Putin is a very short two-player RPG covering three points where Trump and Putin meet. This is all fictional, it’s all hypothetical. It mentions early on that this is the case.

My friend Steve came round, we put the kettle on and prepared to become Trump/Putin.

The first choice was one of the most difficult; who would be Trump and who would be Putin? There was no good answer to this question and no better choice. We’d gathered red and blue glass beads instead of the poker chips which the game suggested, with the red tokens by Steve and the blue ones by me. Just by proximity, we went with me as Trump and Steve as Putin.

The game is set in three time periods; 1983, 2008 and 2016. Each is a short scene involving conversation and mainly handshakes. Oh, and holding a couple of fingers up by your ear to pretend you’re listening to an interpretor, which makes the Trump hand movements tricky while you’re doing that.

We started in 1983, not entirely certain of what we were doing, but willing to give it a go. We got up from our chairs, walked to our respective corners and ‘entered the room’, shaking hands and sitting down. Putin explained the dark origins of the Trump family fortune and set to explaining how Trump wouldn’t really be betraying his country. He’d just ‘have a chat’ with Putin every now and then. He’d be getting paid for very little and it wasn’t like he’d be talking to anyone in government; he’d be running a business and wasn’t convinced the Russians knew what business actually was. There were a couple of times where Putin looked away and talked to someone, possibly the interpretor, for clarification that Trump just said what he said.

After the threat to his fortune and the promise of letting him have a golden tower with his name on, Trump had pretty much convinced himself he was doing well.

It was difficult playing someone with evidently less status but a lot more need to be seen as successful.

We shook hands, I gave him a token and we left the table.

In 2008 we returned, shook hands and sat down. This act was the longest, as Putin convinces Trump to run for president of the United States of America. Trump had some big ideas and under the promise that it would be easy to run a country once he was in office, he decided to go with it. The first policy he suggested was to privatise water. He wouldn’t be able to run the business himself when he was in office, not publicly at least, so Putin said he would try to make one of his offspring likable enough to push the policy forward. We shook hands and exchanged tokens.

Then he mentioned wanting to get church and state integrated fully. It would keep the heartland ignorant. To help this, Putin explained that the Russians had created Twitter as a tool to help Trump spread his message to as many people as possible. Another handshake and exchange of tokens.

The plans started to flow a bit freer at this point.

Trump wanted to remove any oversight from Wall St despite blaming Obama for their deregulation. He wanted his own Mount Rushmore with four versions of his head which were all slightly larger than the real Rushmore. Sure, these were agreed to.

Trump suggested putting guns in the hands of every man, woman and child in America. To protect it, of course. Putin revealed a puppet he’d cultivated called Steve Bannon (represented in the game by my dog, Rothko). He would drum up not news, but he would create a kind of ‘fake news’ to help encourage hate and fear.

Finally Trump wanted to build a wall against immigration. This wall would be in Canada, preventing Canadians from coming down and stealing acting jobs from real Americans (take that, Gosling!) It would also stop Americans from using places like Vancouver to shoot all of their films and television series. Putin seemed amenable and Trump added that Canadians were so polite, they could probably be talked into paying for the wall themselves.

Putin laughed. He laughed a lot in this game. Trump laughed along sometimes, but spent most of his time with one hand on the earpiece, always listening.

They shook hands and left the table. Steve Bannon had already wandered off for a nap on his chair. 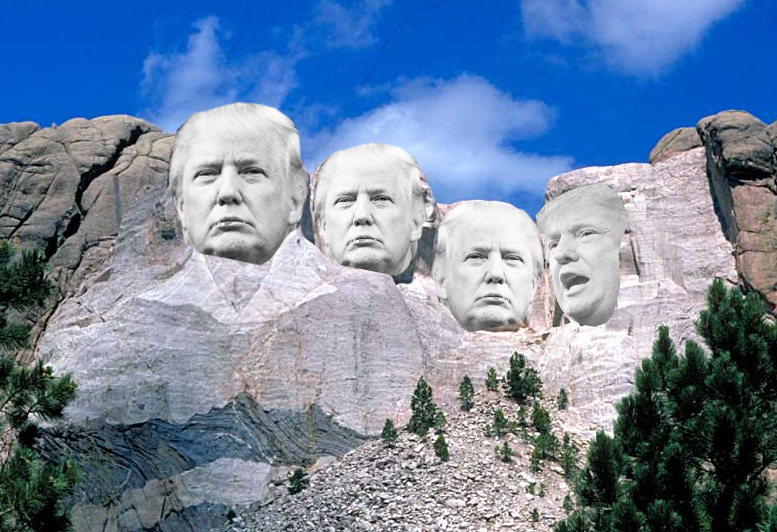 TRUMP RUSHMORE – Dear god someone actually made a photo of this, I had no idea prior to writing this review

Finally it was November 2016. Trump had won, much to the shock of everyone. Not Putin though.

I didn’t have a blond wig to be Trump, but I did have a crown which had been made to placate my ego a few years ago. I walked into the room wearing the crown. Trump the victor. Trump who had shown everyone.

Putin sat and smiled. There was a roll of the dice and a curious look at the table in the Trump/Putin book. It would be easier than either of us thought.

Putin congratulated Trump. He said that there had been a lot of people pre-emptively arming themselves and their loved ones, Canadians were being run out of towns, attacked and despised by the populace. This was all part of the plan. Russia intended to invade Canada and Trump’s wall would help make sure none of them got away. He would turn Vancouver into a toxic wasteland. Of course, he would need to occupy Alaska and some of the border territories with his military forces. This would be peaceful. It would be welcomed. They would be ridding the country of the Canadian scourge.

It was too perfect. Trump couldn’t really resist. Not easily. He wanted to avoid this as it would seem weak to open their doors to Russia. Putin brought up the privatised water which would be controlled by the Trump family. The dog whistles of Twitter and Steve Bannon would unite the armed and hateful populace. Then there was the blackmail, Ivanka was visiting Russia and under heavy guard for her own protection. The records of the meetings, the source of the Trump money.

While Putin’s agenda and safeguards for Trump’s policies were listed on random tables, Trump’s suggestions had been made up.

As Trump, I had led to my own ruin.

Each of the Trump agendas had furthered the control Putin had. Almost back to their relationship in 1983, Trump insisted that this would still be a victory for him. He would keep his riches, he would get his Trump Rushmore and have that important seat. The Russians would be welcomed, but it would have to be like a parade more than anything else. No permanent installations, just a peaceful presence until the wall is built and Canada attacked. Putin promised him sixteen years in office. They shook hands and Putin left, with Trump looking dejected, staring at the floor and thinking about what he’d done. 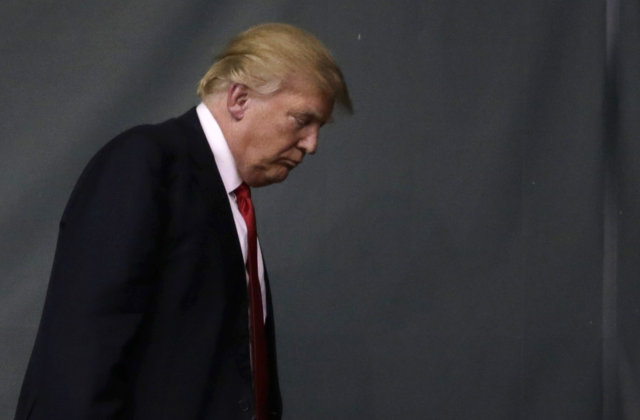 Imagine this but sat down and in a crown

Trump/Putin is a game skewed towards Putin winning. I think it was probably an easier victory here as we hadn’t handled the initial scene’s transactions of tokens as much as the second one. There are ways provided to allow Trump a chance to catch up with Putin by saying things which make him react badly.

If anything, as fantastical as some of the plans were, a lot felt quite easy to suggest in the Trump persona, encouraged by both the game and the reputation we see in the news every day. They could be ripped from the headlines in these weird times, even the dafter suggestions. The game lasted maybe an hour or so between the scenes and mechanically is very simple to perform.

Trump/Putin may be short but at £3.09 it’s an interesting experience to go through and one I’d be curious to try again as Putin sometime. You can find it at DriveThruRPG.