previous
Dungeon World: One of The Worst Things I Have Done to my Players in an RPG
random
next
Laser Beams Like So Many Stars
RPGs
2473 views 0 likes 0 comments 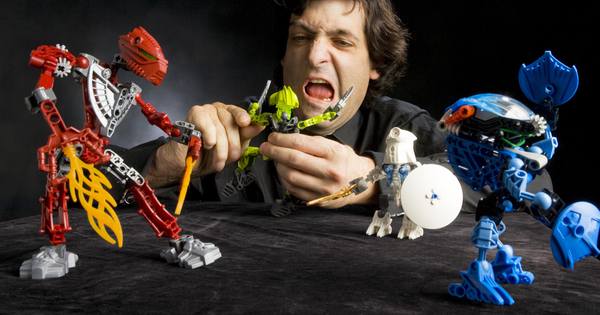 The Emotional Mecha Jam is a 2019 independent RPG anthology claimed, in its own words, to want to emphasize “the strong emotions that drive the pilots and the drama that entangles them”, themes central to the inspirations for tabletop games based on giant robot stories but lacking, arguably, from the key RPGs available. It is important to understand this is not game designers seeking to bring down, “fix” or impose an outsider message upon a genre that has been going since the late 1960s. This is not a game jam based around claiming that giant robot stories lack emotion and need redemptive game designing to add humanity and seriousness. This is a game jam intended to offer something that the existing tabletop games inspired by this much-loved genre do or can not. 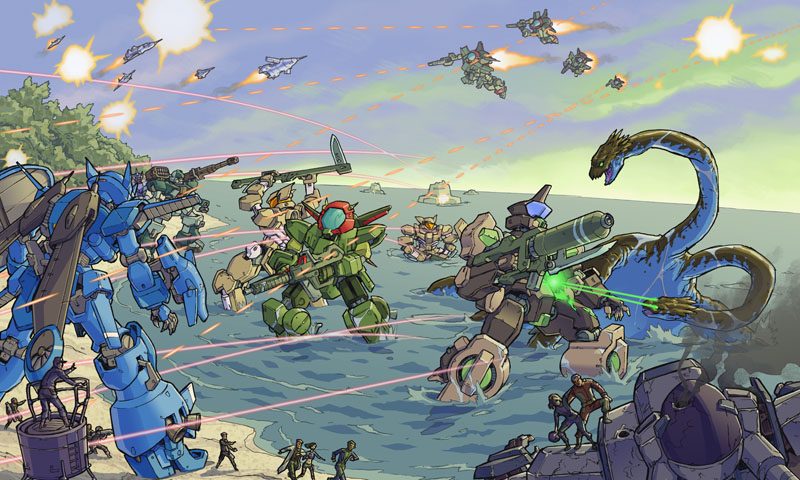 I am a deeply passionate fan of all things giant robot related. I have shelf upon shelf of model kits, have given talks at conventions about the genre’s highs and lows, have watched easily dozens of series and films to get my fix of action, and have played some truly dire tabletop and video games in pursuit of trying to recreate the thrills of the media I have consumed. And while I have thoroughly enjoyed using tabletop RPGs to share that passion with like-minded friends, there has never been a system that has been perfect. That’s because, I think, as simple as the concept of giant robot combat is, the moment you look at it beyond the superficial you see there are large amounts of wholly incompatible ideas going on and that thematic pulling in opposite directions is what makes it so good. It is the paradox of a genre dependent on flashy future-technology spectacle for its key appeal that has, nevertheless, from its very inception been trying to question society’s love of war. It is the paradox of making series that appeal to the most engineering- and space-minded of minds but also are fundamentally and entertainingly soap operas.

The platonic ideal of a “generic” giant robot tabletop RPG would need to draw together the way something like Monsterhearts deals with awkward love affairs, Monsters & Other Childish Things deals with the horrors facing children, Dark Heresy’s violent combat and D&D’s immensely granular lists of ways of doing harm. It would need to be able to cover themes from cyberpunk questioning of AI ethics and scientific hubris through to the lengths to which a man will go in the name of love and do it all through the medium of combat, or combat-adjacent things. Genericism, making an all-encompassing game that Does Giant Robots, does not work the moment you appreciate the sheer scale of the genre.

I have played two games which tried to do this. One gave me some of my best GMing memories. One some of my worst. Neither even encapsulated in their rules a fraction of why I love giant robots. 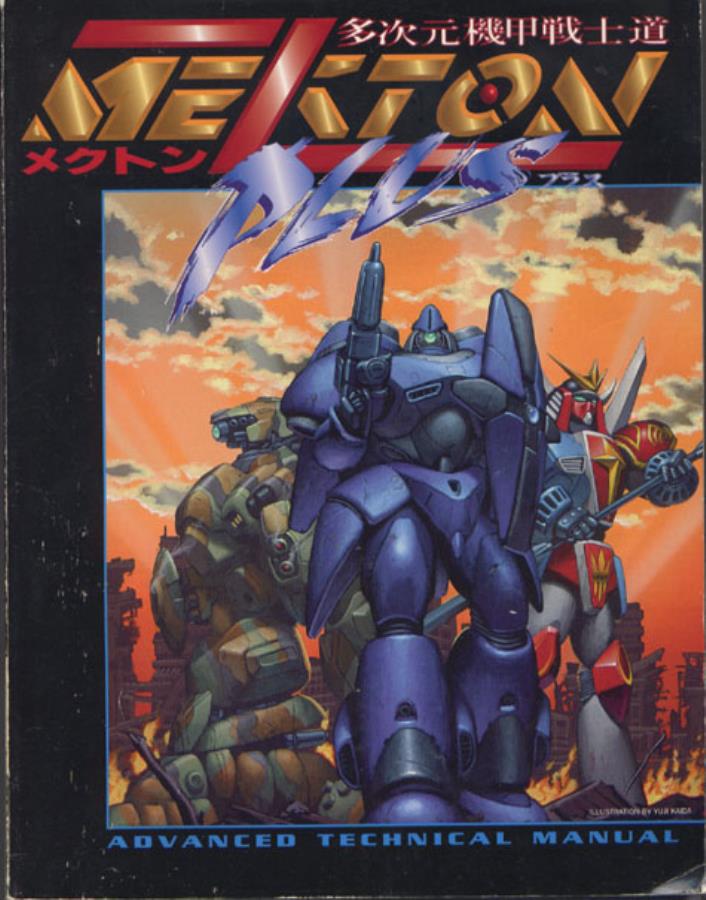 Let’s start with the worst. Mekton Zeta (1995, R. Talsorian Games). Based on Talsorian’s d10-based system also used in Cyberpunk 2020, Mekton is close to being a wargame with lifepaths for your pilots and a whole supplementary book of mathematics allowing you to theoretically design any fictional vehicle you wish. In reality, the system is so vaguely held together that without constant and strict GM supervision you will end up with everything falling apart and a lot of dead player characters. In trying to be comprehensive – and it is beyond comprehension in its number of subsystems, variant rules, things you can buy and multiply and attach – it ends up having next to no character. Building a mech is a lengthy process that requires a calculator and a lot of cross-referencing and the end result is going to be something that is only given flavour by how you describe what the numbers you are throwing around do.

It is a combat simulator, with the roleplaying section very similar to – and flawed in the same ways as – Cyberpunk. I enjoyed playing what little I played of Mekton for the most part (saving my worst GM experience ever, courtesy of some unreasonable players taking advantage of my inexperience and exposing the system’s mechanical flaws), but the enjoyment was despite the system, not because of it. 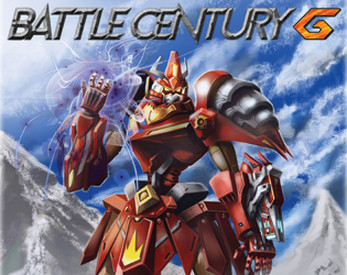 And now the best – but this is wholly because of the groups I have played it with. Battle Century G (2015, Juan Herrera) is fundamentally the complete opposite of Mekton, seeking universality not by trying to come up with a multiplier or incremental upgrade for everything a robot ever did in an obscure 1980s film but by simplifying down to lists of generic move effects you can name as you wish. Because the kinds of robot stories it is emulating work like that. Similar sets of moves (rocket fists, lasers, machine guns, swords) with the theme and flavour given by the names and trappings. It is how I have used vastly similar statblocks for high fantasy golem battles and 22nd-century jet fighters. Change names, make some house-ruled tweaks for logic’s sake, and you can make a BCG one-shot or campaign. It sounds ideal. It captures, when played with genre-aware players, the memorable highs of the genre.

When I played it as a PC, in the adventures of Madoc The Great our medieval themed Power Rangers style robot fought dragons and giants and krakens with colourful moves, there was much shouting of attack names and big explosions. It felt like a giant robot anime. Except, despite expansion book Battle Century Z’s pages of tables and GMing suggestions, I do not believe BCG emulates much beyond a specific thread of the giant robot genre. Your characters will be larger than life heroes, fighting roughly equivalent enemy forces. Many-versus-one boss fights don’t work too well in the game. Its rules for psychological trauma are unconvincing. Your characters are generally strong, even if they have a low stat. It emulates, I have come to realise, what people think giant robot shows are all about but is unable to adequately get deeper. 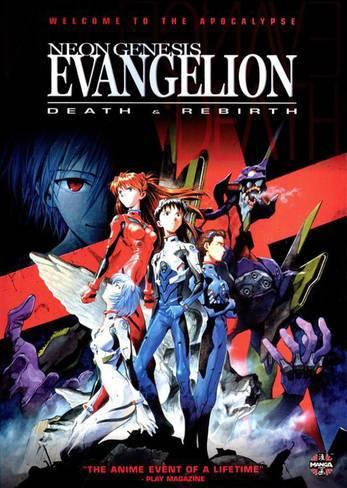 So this is why the Emotional Mecha Jam is important, and why I care about it so much. Neither of those two systems really dig into the characterisation – the variety of characterisation, the thematic importance of the little humans inside the big shells – in a way that lets you explore the genre at its most interesting. Take perhaps one of the most well-known giant robot anime of the 1990s, Neon Genesis Evangelion. I do not think many if any (tempered by my not having played every single game) tabletop giant robot RPGs could adequately emulate why that series is so good. They could emulate its combat – a series of strange puzzle bosses to fight. They could recreate its machines down to their idiosyncrasies and weaknesses. But they would not, without efforts from the players far beyond what the rules encourage and shape, emulate Evangelion as a story. Because the thing that makes Evangelion memorable and good is the fact it is a story about toxic parental relationships, stress, depression and ultimately trying to remain sane in a world that is falling apart. Framed around fighting robots. You will need something more in your tabletop RPG than grid-based combat and armour modifiers to help players play out the mental decline of a high school child with a distant and uncaring father and lonely, socially broken surrogate mother figure.

When Emotional Mecha Jam claims it wants to bring emotions front and centre, it delivers in spades. The games within it might be short, might be vague, might be too artsy for players who like roleplaying as mechanical engineers. But they are important because they have a sincerity to them that seeks to make up for what the traditional tabletop RPG industry seems to shy away from in its giant robot stories. I will not be able to review every game submitted – there are over a hundred. Some of them do not appeal to me, some of them I do not feel I can usefully criticise or analyse from my social position. Something like Takuma Okada’s We Made Them Look Like Us uses transhumanism and themes of becoming a superhuman to explore matters of gender and transitioning. I do not have the words or experiences to offer an adequate critique or analysis of that, but I am extremely glad that these sorts of storytelling experiences are being made (and some recent criticism of cyberpunk media, including Alita: Battle Angel and its source manga, explores in very interesting ways the use of cybernetic enhancement as a metaphor for gender dysphoria). 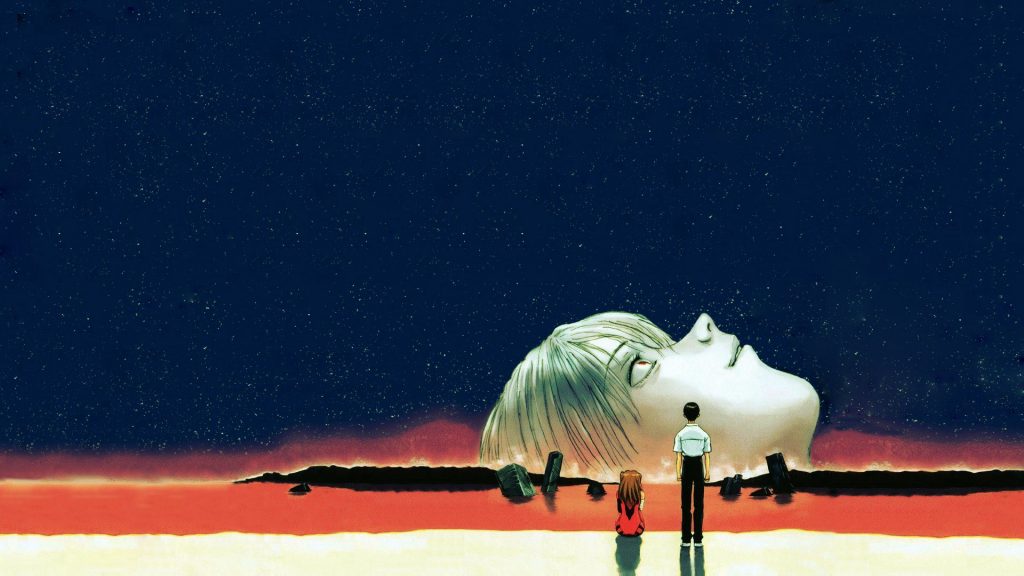 Broadly speaking, the games I have chosen to look at cover the militaristic themes of the genre that more traditional forms of roleplaying do not adequately cover. I will be looking at games seeking to explore loss, the terror of impending death, the ways in which past wars are remembered and the fine lines between camaraderie, love and hatred. Something that fascinated me in reading the synopses of the submissions was how prevalent posthumanism and anthropomorphisation of machines was in the creators’ ideas. Many, many stories about relationships and intimacy between man and mech. About AIs as companions, as comforters when death is near. Tragedies about AIs unable to overcome their programmed purpose of death. Stories about becoming one with machines, about losing one’s humanity not merely in the figurative sense of becoming a killer but how technology can change human nature. There are some interesting cyberpunk ideas at work here and this is a level of thematic introspection that goes beyond what many giant robot stories explore. Over the course of my reviews, I intend to give particularly interesting titles longer coverage, and – in the case of some of the journal-based or letter-writing games – actual plays. Other titles will get shorter reviews, considering how they approach their themes mechanically and narratively.