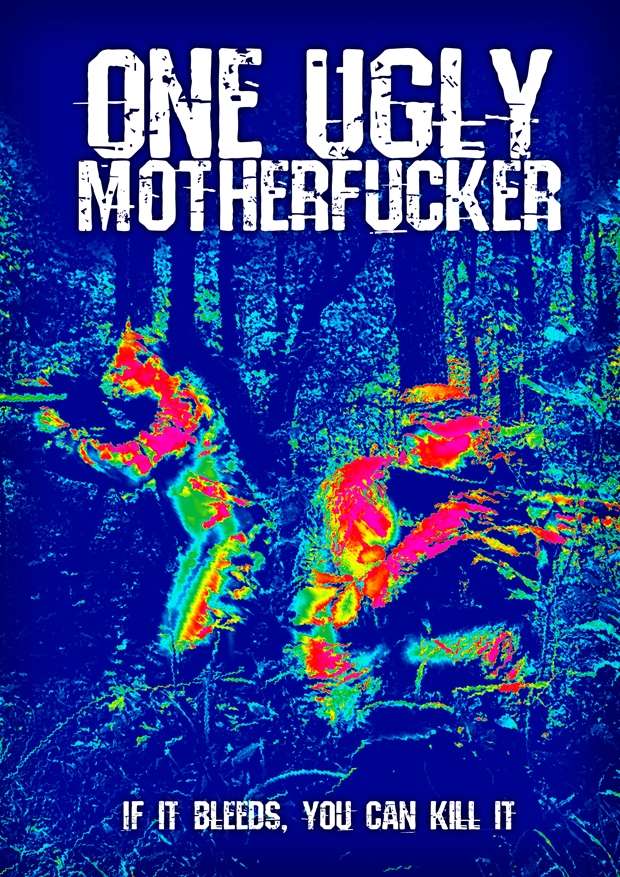 By Erika Chappell and Newstand Press

Sometimes a role-playing game can be deep, interesting, introspective. There have been projects like Trump/Putin which show how the ludicrous can seem worryingly real. Heads of State talks about dictators and living under them. TERPS tells us about military interpreters working for an occupying force.

One Ugly Motherfucker is a game about badass soldiers on a mission, being stalked by a horrendous monster. The game is only a few pages long and fairly simple. We played the game on a whim when we were short a few players, so we learnt as we went. There are a couple of tables it would have been nice to print out, but we kept my iPad on the centre of the table with them on instead.

In One Ugly Motherfucker, one player is picked to be the monster. Josh took this role and started scribbling notes down. A worrying thing to see. The monster is vague at first, with players adding elements as the game goes on. Josh would also provide a lot of setting details and the missions we needed to complete.

The rest of us needed to make our heroes, their names, nicknames and a few extra things: 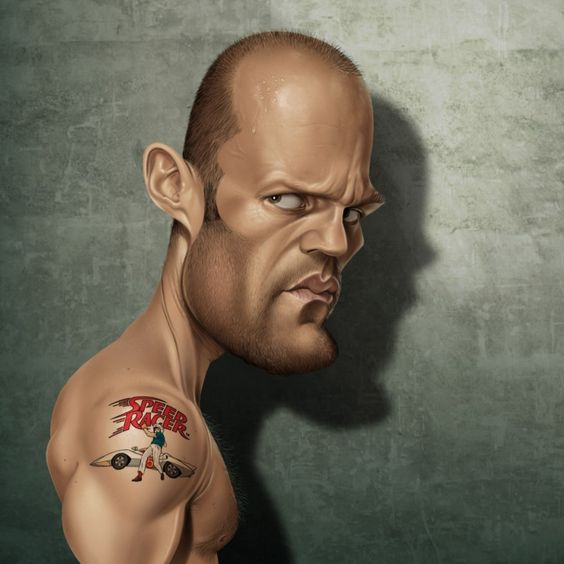 I played Dirk B*ng!, aka “The Defenestrator” – Actor: Rick Moranis 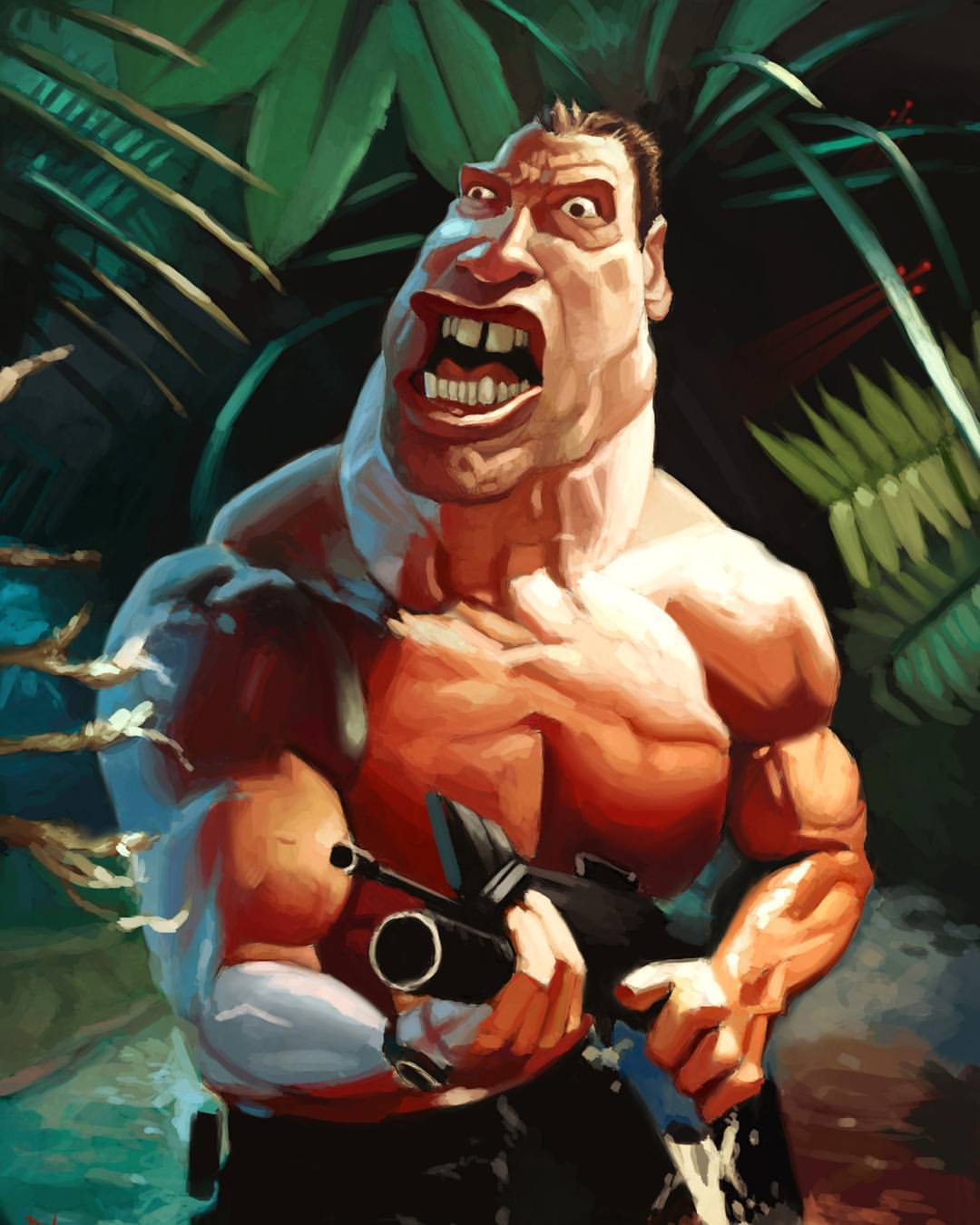 There aren’t character sheets as such, you just have the one stat gauging where you fall on the spectrum between loud and quiet and the character traits which will determine how you’ll use that stat to resolve problems. Here are the sheets for our characters: 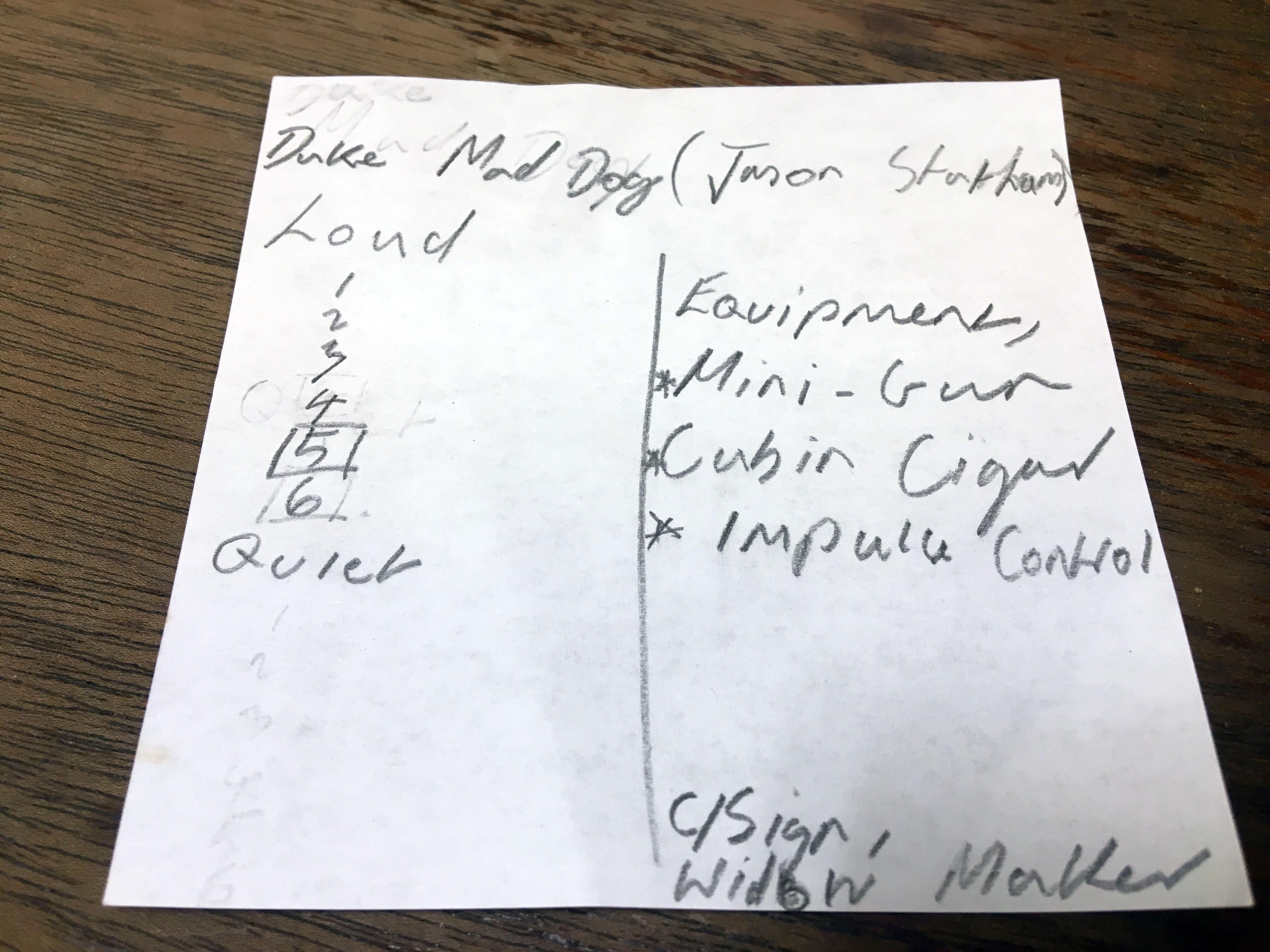 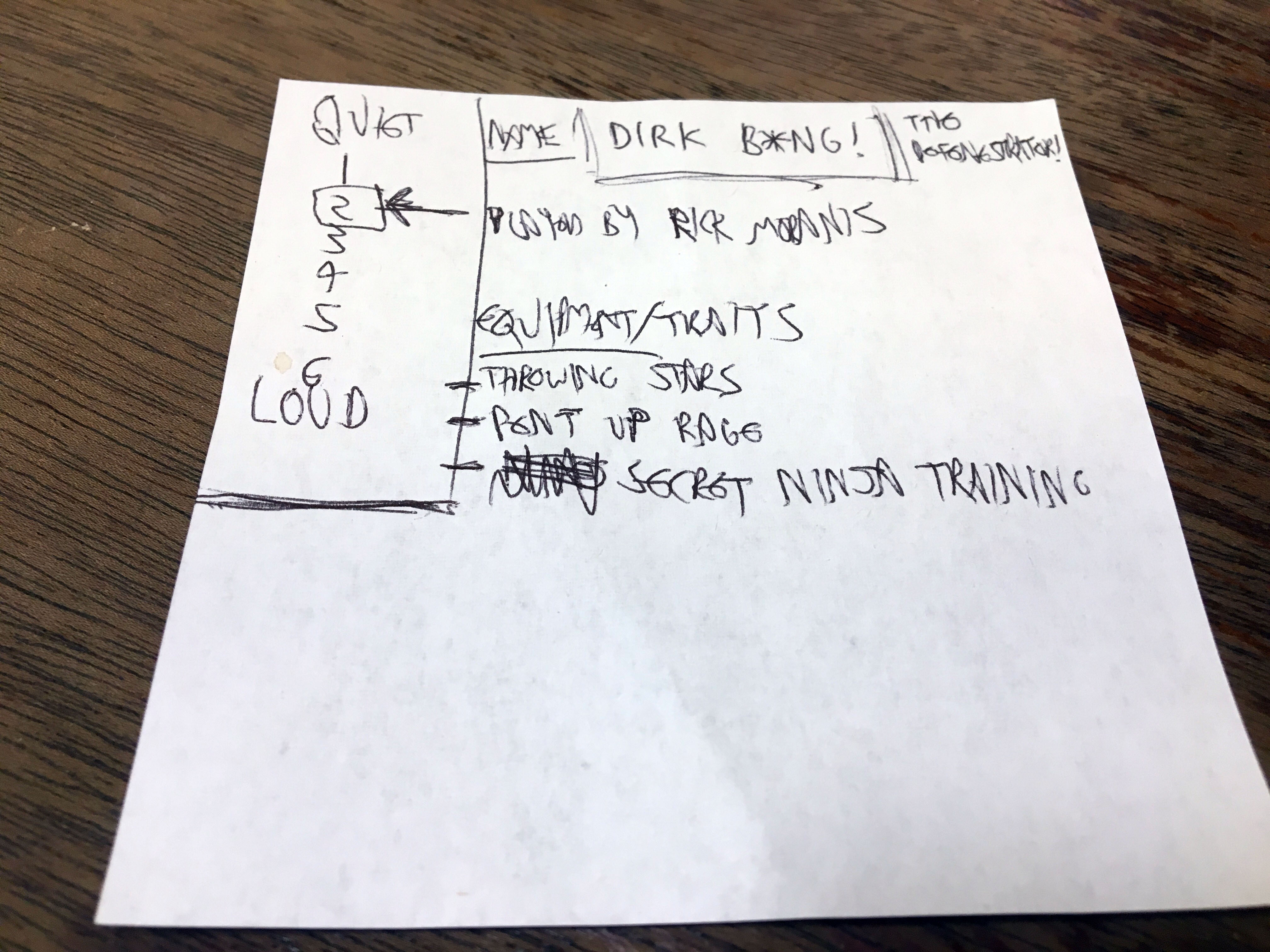 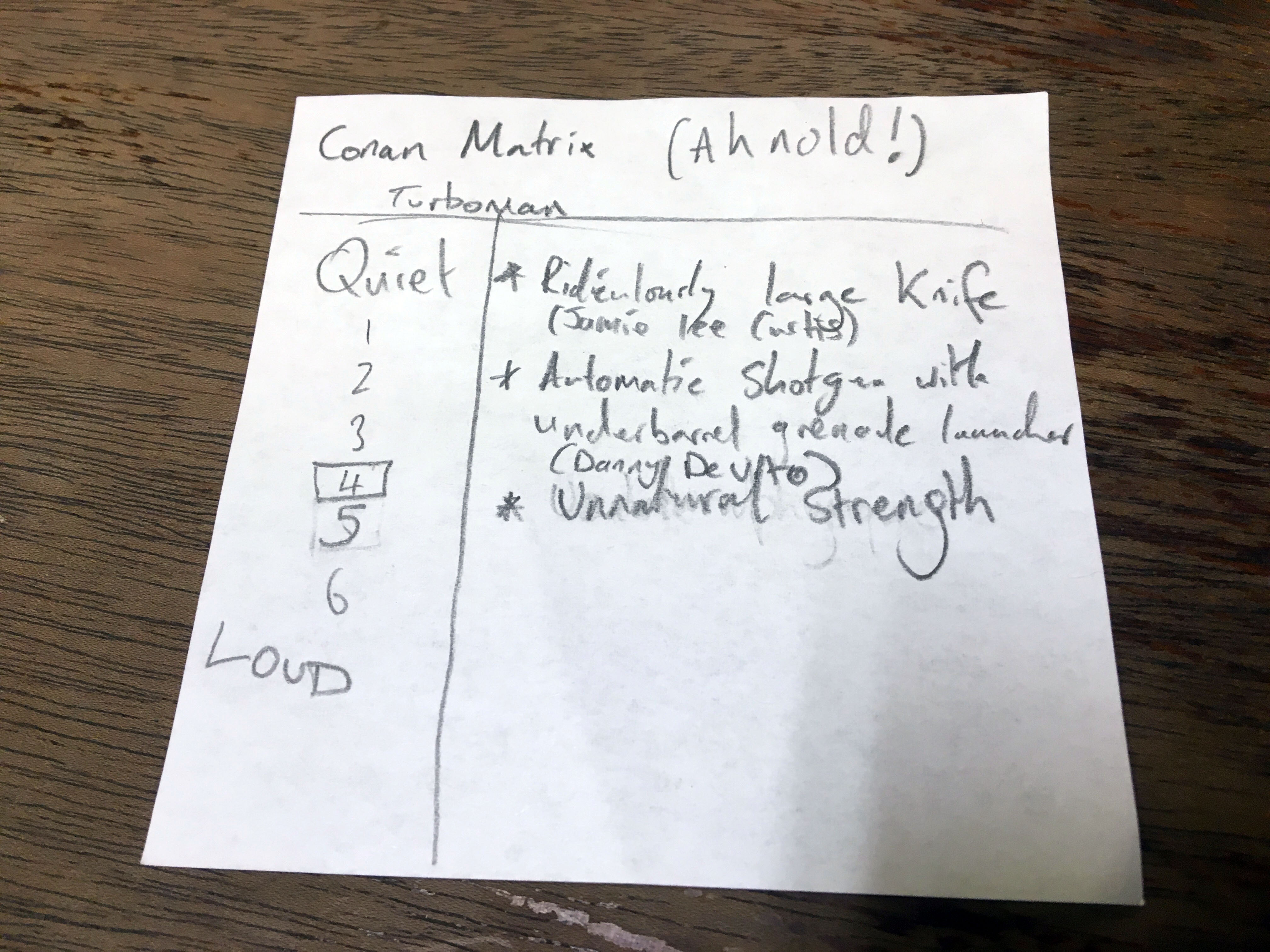 Josh gave us the mission – An oil rig went silent. We’ve been sent in to:

Override the self destruct system in the next four hours.

Recover all the data from the secret lab.

Foreign powers are on the way and must not get their hands on everything.

There may be survivors; they have seen too much (basically kill them).

The missions all needed to be complete and then the Escape Pool could be cleared. All while a monster was stalking us. 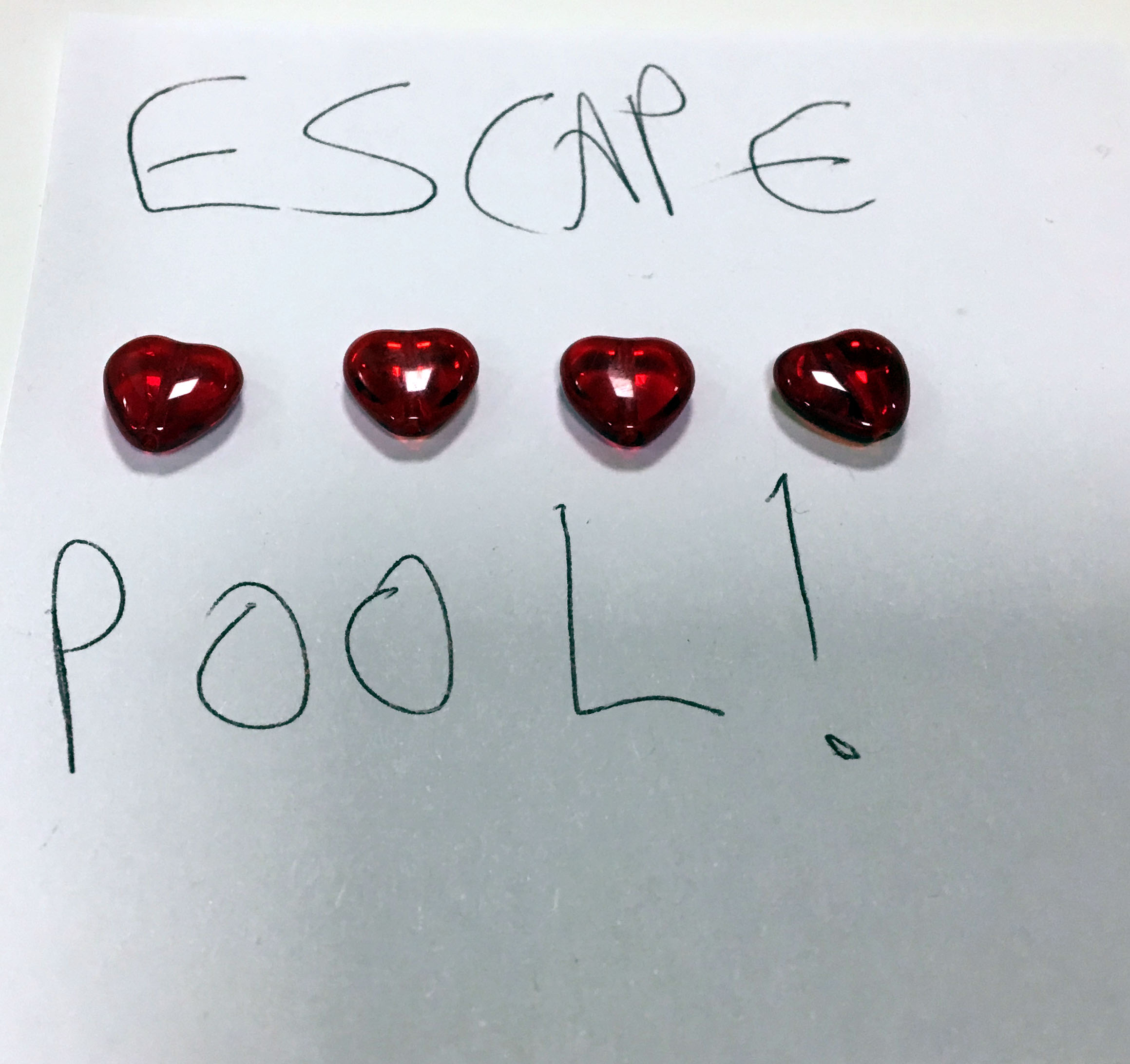 The monster player would work out whether scenes were Loud (action, fighting, generally actively against the monster) or Quiet (stealthy, smart, etc). 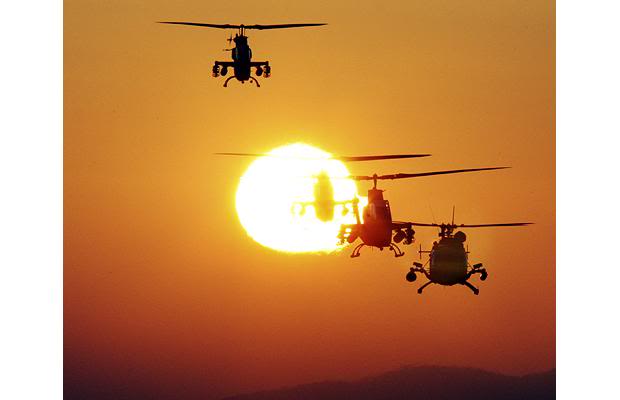 We started with a quiet scene of helicopters at sunset and our characters looking at the gigantic oil rig. We panned around it, all of the guards chattering about the mission. Everyone rolled against their Quiet, leading to Conan and Dirk talking about their origins while ziplining onto one of the rig’s towers. Dirk was an actor, mainly in comedy movies. The cast of a film about a giant baby was hit by an assassin, so Dirk trained to become a ninja. He retired from the ninja profession and became an accountant, giving him deadly hacking powers. Conan scoffed at him until he realised Dirk was using his feet to shimmy down the zipline. For a moment, there was respect between them.

The next scene was loud as we entered the facility and saw horrible little dinosaur monster things. Even worse, they seemed to have human faces! We rolled our Loud and everyone passed. If one person failed or if everyone failed, we would have been at risk of the monster killing us. In this moment, we were invincible. Duke let loose with his minigun, “Lucille” and in slow motion, Dirk flipped over the bullets, flinging ninja stars as he went. Then Conan fired a grenade from his shotgun’s underbarrel grenade launcher, incinerating the rest of the monsters. We needed to get to the computer terminal to set the automated defences.

We ran along a gantry to a control tower in order to set the defences to take down any foreign attackers who might try to break into the rig. Ash failed Conan’s roll and was vulnerable. Josh decided not to strike and pocketed some points to use later.

The sentries weren’t enough, we tried to get the data about the secret project the oil rig was doing and had to get into the memory core of the facility. Being an action movie, we had to manually go into a central hub and pull the memories out of the computer ourselves. We rolled Quiet and Duke became vulnerable. While Dirk was pulling out sections of the computer’s memory, a pair of scientists played by The Rock and Stone Cold Steve Austin appeared. Conan and Dirk asked them about what was going on, not noticing a winged monster picking up Duke, then ripping him apart. Duke tried to shoot it but the chitin was too much. A scale fell off it as a clue to Duke’s death, but that was it, he was gone. 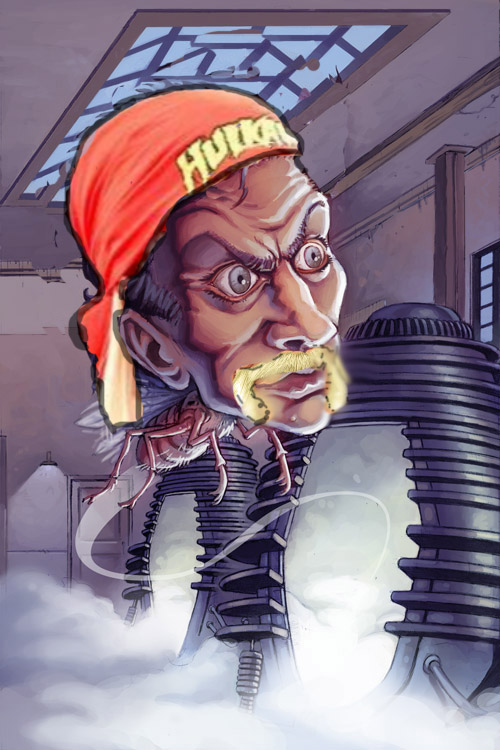 The monster was seen for the first time here and… it’s probably best I just show you what Josh wrote down: 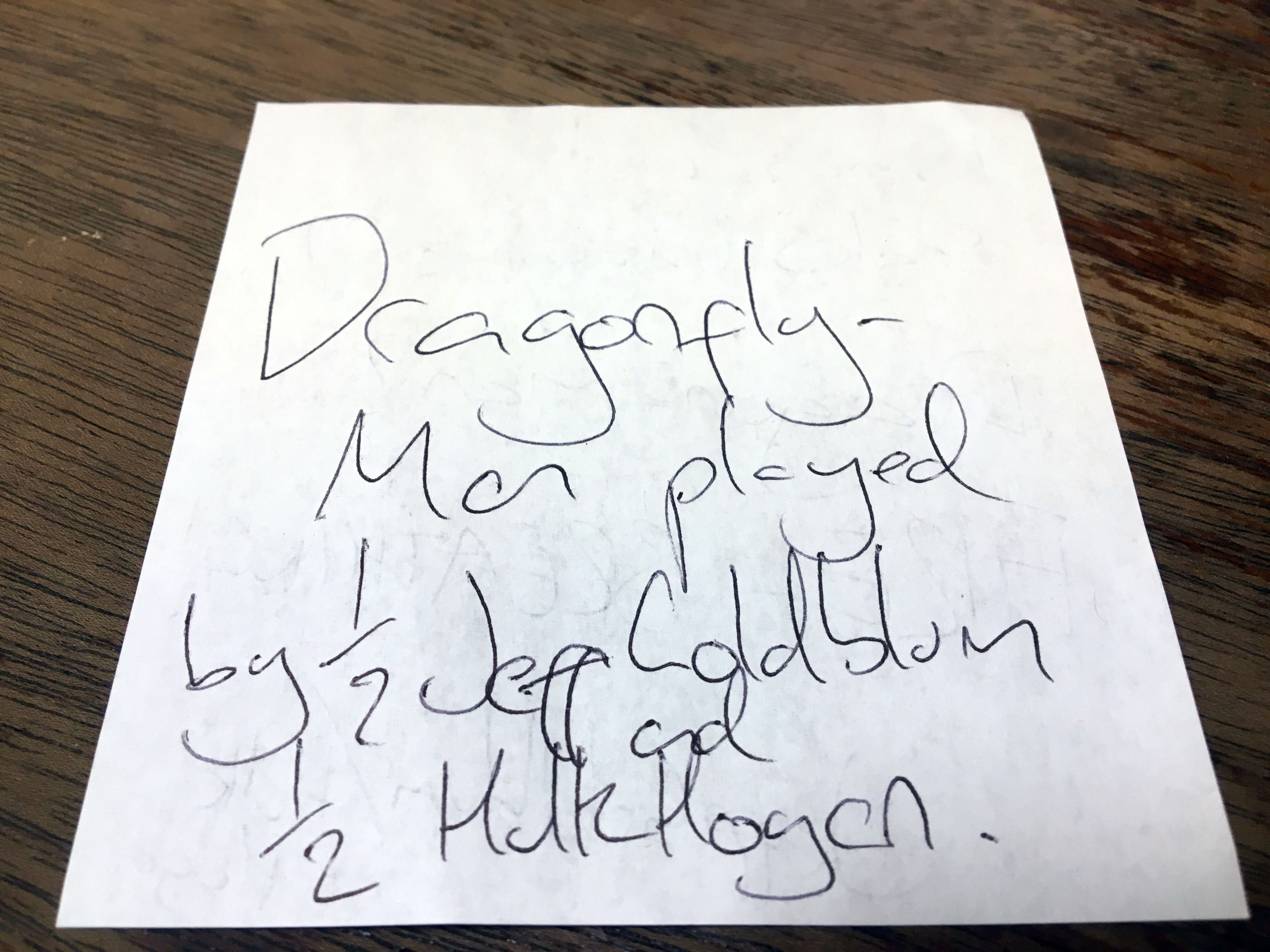 Lee was now on the monster’s team and there’s a whole bidding mechanic where they can opt to take control of the monster if they want. The group mainly conferred and agreed on plans, keeping their tokens for later in the game.

Back in the story, Conan and Dirk were chatting with the scientists who were joined by their comrades, Jean Claude Van Damme, Ving Rhames, Chuck Norris and Vin Diesel. Perfect scientist casting, I know. We realised that they weren’t the scientists from the oil rig but secret Russian spies. We attacked and killed most of them, then fled. The loud scene was failed by both of us, however neither monster player wanted to act. They were biding their time.

We made our way to the next gantry, shimmying along and Dirk prepared to hack the terminal. While he was distracted, Duke reappeared. He and Conan started talking about what happened back at the memory core. Then Conan realised something… Duke didn’t have Lucille with him. He wouldn’t ever leave his trusty minigun behind. It was too late and the monster changed from its appearance as Duke, eviscerating Conan.

Shockingly to everyone around the table, Ninja Rick Moranis was the final survivor.

Once there’s one ‘Prey’ left, they metamorphose into a murder-butterfly called a ‘Survivor’. Everything changed with both the Survivor and Monster having two wounds and rolling off against each other, picking ‘loud’ or ‘quiet’ to roll against. There’s a table where you find out what each player’s result means for each other. Each monster player rolls against the player, taking turns and burning points for bonuses.

Vs Josh: Dirk ran to Lucille, dodging the monster.

Vs Lee: We both failed Loud rolls and were both wounded as Dirk fired the minigun into the monster, getting clawed up at the same time.

Vs Ash: Dirk managed to sneak towards the main drill on the rig.

Vs Josh: I passed Quiet, Josh passed Loud, so there was a lot of blind firing all over the place.

Vs Lee: I failed Loud, Lee passed Loud. The minigun was damaged by the monster and misfired, exploding and launching Dirk into the drill.

As Dirk’s body slumped on the drill, it started to rise back up into the oil rig, pulling strings of monster eggs as it went.

One Ugly Motherfucker is a simple game, so there were a couple of issues like the group’s cooperative nature undermining the bidding between monster players.

It lasted a quick hour and a half, about the length of the kind of gloriously terrible action movie which this game apes. It didn’t outstay its welcome and allowed us to play really stupid action heroes. All the references to the actors involved, the terrible accents we used, the excess of firearms and the old school ‘hacking’ was a hoot.

One Ugly Motherfucker is a ‘pay what you want’ RPG. The game itself is four pages of the ten page PDF. If you want a filler RPG for a session, it’s definitely worth a try. You can get it here.