by Charlie Etheridge-Nunn on February 5, 2016 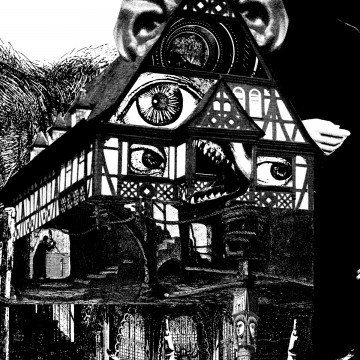 Jacob as Doc Roberts (legally not a doctor), The Salesman

Our merry band arrived in Ebon Eaves and set about discovering that Tommy Magellan controls most of the town. They didn’t really meet up, but Hands continued his extortion of new local detective Gerry Tinder and Fred caught sight of his insane aunt who is a captive at the New Beginnings asylum.

I needed to get the group together this session and try to get them working on the mysteries.

We began the session with Fred who had been locked into the tattered ward his aunt had been locked in. She was having a fit and when he grabbed her hand, he was taken somewhere else. The lighthouse. It was night and there were things in the sky, hovering around it. Without a boat or any ability to get away, he walked through the blood red grass, inside the lighthouse. He rolled to puzzle things out and asked who was really in control here. It was Gladys. Inside the lighthouse was the kitchen from the Tinder farm, not that Fred would have known. Gerry was there, eating with his family. All of them had their heads open and where their brains would have been instead were giant writhing larvae. Fred stumbled and a hand grasped at his foot, revealing Dusty half-buried in the dirt underfoot. He backed into a wall and saw bricks labelled with the seal of Tommy Magellan holding Randall Hershey inside them. Fred had enough of this, grabbed his shovel and hit at Randall’s face, revealing not flesh and blood but stone. He ran up the stairs, away from the scene and towards the light. In the centre of the lighthouse, between the gigantic lights themselves was Doc Roberts, held in place with tendrils. Again, his trusty shovel was called into action and he struck at Doc. Everything went white and he woke up in the ward, only to get beaten unconscious by orderlies. He also took a couple of shock damage for his sins. 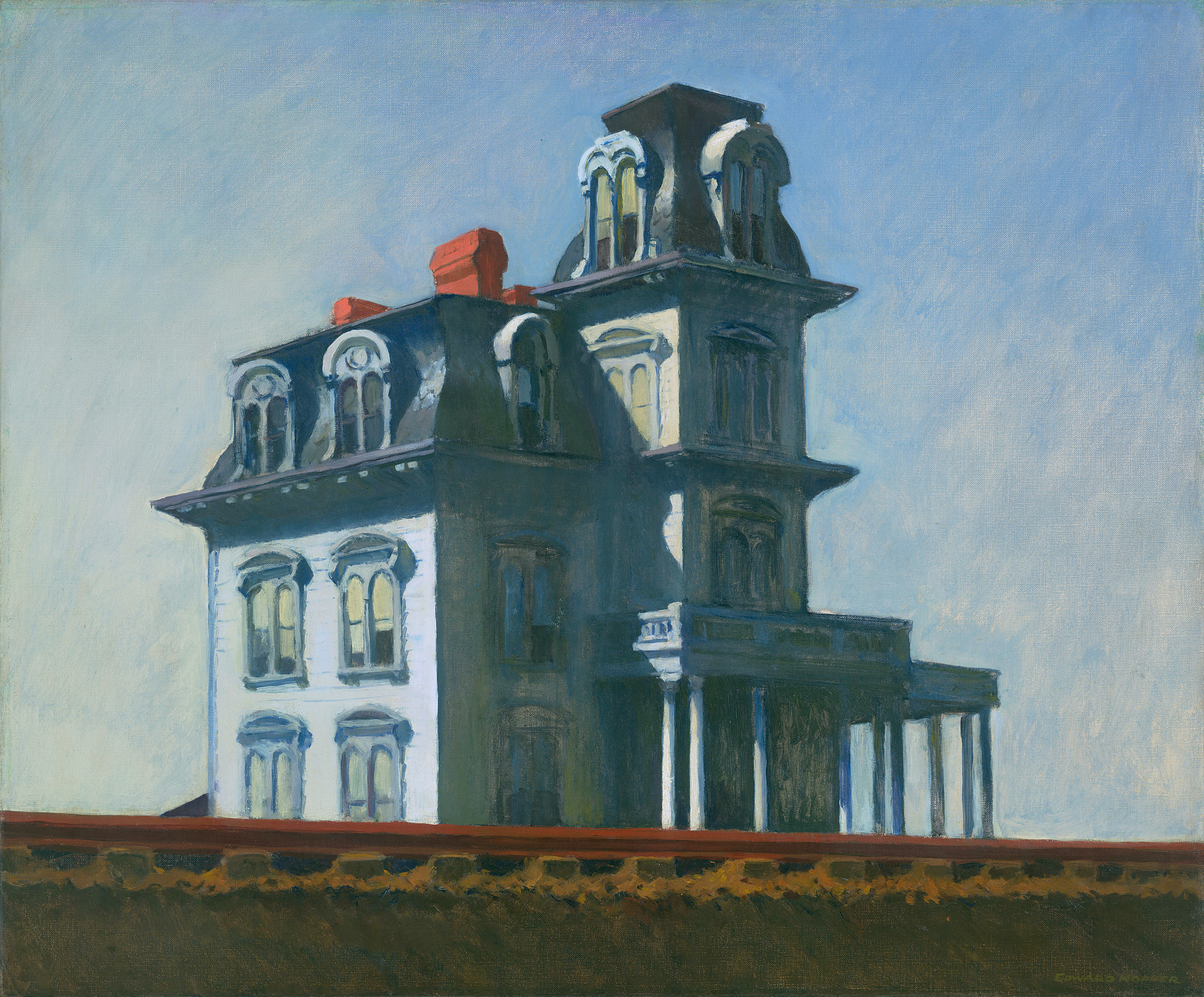 At the B&B, Nora was reheating her ‘stew’ which was believed to be leftovers and possibly grit. Gerry and Hands were drinking there, talking between them about Magellan’s grasp on the town. He’d only been there for three years so Gerry didn’t really know anything about him. Nora was able to share a little; He bought up a site to be a local cemetery and a speakeasy. He ferried… drugs, probably, through Pershing Cross and people like the good Dr Rodriquez got in horrific debt with him at the speakeasy.

Doc and Dusty appeared at the back window of the B&B so Nora reacted as most would and got Hands to point a gun at them. Doc and Dusty offered money for food and drink, but they didn’t need board as they would use Doc’s pickup at their place to crash for the night. They drank and asked about Fred who was staying there. Nora tried to get money out of them for information and right at that moment there was a knock on the door. Flash back a few minutes and Fred woke up on the beach, bruised but alive. Now he was at the flophouse and in need of a drink (a good, stiff drink actually lessens your shock damage, despite potentially other effects). This was it! The group was all together in one place!

Gerry and Fred revealed that they knew each other from an ‘incident’ in Boston. Whatever Gerry got up to in Boston would become the ‘noodle incident’ of this game as no one knew what went on but it involved corruption and Fred needing to be discreet, possibly with bodies.

As Fred needed looking after for all his damage, I decided that the flophouse had a first aid kit with one stock left in it. Fred used that on himself while warning Doc about the creepy book he was fondling. Hands tried convincing Doc to give him the book and I wasn’t sure whether to be pleased or worried that they were already in PvP territory. PbtA games have a lot of potential PvP built in, especially games like Monsterhearts which are pretty much mostly PvP (or PxP) interactions. Tremulus isn’t supposed to be as confrontational, but there are still rules in place. Convincing a player character of things is actually quite nice in these games. There’s no ability to take away the agency of another player, so instead you get offered experience points (or Lore in Tremulus) if you do what the person asks of you. Doc was perfectly fine with his book, though. He decided to try and read Hands, which meant Ash would give the answers to him instead of me. What was Hands feeling? Ash replied that he may have seen the book before.

Gerry mentioned the men in suits buying up all the farms. People drank and discussed the five foot lobster wasps in the field of red grass. Fred mentioned his dream. This was all fairly slow-moving and expository until Magellan’s builders showed up with Forrest, who Hands was on fairly good terms with in the last episode. Things started to kick off pretty quickly and Hands decided to resort to violence, a move which allows him to inflict violence. There’s a slight catch with unarmed fighting, being that you cause 0 damage if you’re not using a weapon. There’s an option to mitigate this from the menu of options you get when making the move. In this case, Hands decided to, “inflict terrible harm” which added to his damage. He also selected, “take hold of the situation” and “suffer little harm” which meant no harm at all from this guy. The builders left but this was their flophouse first and they declared that this wasn’t over.

Doc drunkenly attempted to hinder an attempt from the group to understand the book. They wanted to know who owned the book originally and I answered that it was a Whateley from out Dunwich way (cue worried noises from the players who have read Lovecraft). Should they burn it? Well, it’s all that’s keeping him sane for now. He hid it in a dresser, fearing the others would try to take it away. Fred went to his room and passed out. Doc and Dusty slept in the pickup in the car park. Gerry went to his new home in Gilbert Young’s half-built apartments, although he saw boats out near the Stonemount Crypts, little points of light in the huge, empty sea.

In the morning, Hands started to arrange for people to go to Ruby’s Diner for breakfast, easily rounding up Doc & Dusty from the car park and Fred from his room in the flophouse. Gerry was getting up and realising that accepting board at Gilbert’s place was very much like living in a 1920’s version of the model home in Arrested Development. Gerry asked Gilbert to take any calls for him and the two discussed how Gilbert got his money. Apparently he inherited the wrecked property and Jansen Chemicals bought his old farm and offered way more than they should have for it. He was using the money to renovate the building and having sunk all his money into it, didn’t want Magellan bullying his way into getting the property. The phone rang and Hands invited Gerry to the diner. He decided to swing by the sheriff’s office first and check in with his boss. Sheriff Parks was unimpressed with how little information Gerry had on Hands and mentioned that he was awaiting the file on him from New York. Gerry asked for the file and rolled to convince the sheriff who said that he could have it if he started working the night shift. 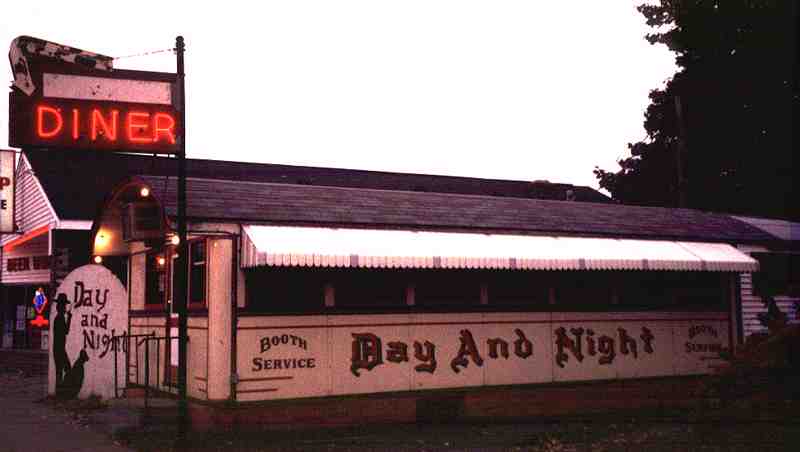 At the diner, Gerry met up with the others while Doc was chatting with Wendell WIlkins and the fishermen. Wendell reckoned that the ‘rejuvenating tonic’ hadn’t done much work but there were a lot of years for him to have to rejuvenate. Doc admitted the tonic required about 1,000 applications before it would start to take effect. Once the group were together and ordered all of the pancakes, they discussed what they needed to do. After a bit of looking at the list of hazards they thought they’d found, the group paired up with a couple of plans; Doc and Garry would poke around the library while Hands, Dusty & Fred would look at the island. We called the session to a close there and the plans would be entirely forgotten for next session.

Once the session was over, there was a bit of discussion on motivation. This had been a massive problem in Hoard of the Dragon Queen and I was a little worried that between this and the World of Darkness game we’d finished recently, the group were all in a state of perpetual murderhobo. Lee pointed out that he was the only hobo of the group and they’d not murdered anyone yet (well, Hands murdered tons of people, just not in game). Still, three to four of the group were technically transient. Doc and Dusty were finding it difficult to leave as they could just pack up and go, they had no roots here, no motivation to stay or do anything but flee in the face of the five-foot lobster wasps. It was pretty much only the social contract of the gaming group which was keeping them together. Fred had a tie directly to a hazard but the others barely knew him, Gerry was the only one with ties to the town. It was going to be tricky, but I asked that we all have a think about what characters would want to keep them there. Jacob was the most quiet to a point where our token quiet player, Lee, pointed this out to me after the session was over. In a couple of emails, Jacob and I discussed the motivation of Doc. My initial thoughts were to try and have potential for a business or something like that. The library would bring in elements who would be interested in the book so I knew there would be ties there… I hoped there would be ties there. Jacob’s responses were very much book-based, so any ties to the town and the hazards would need to incorporate them.  He also admitted that an upset stomach had kept him from being his loud, exuberant self which had only emphasised my concerns in this session.

This would be Steve’s last session for the near future due to the arrival of his second child. I did fear losing the one person with an actual stake in the town’s wellbeing, but his replacement asked to be briefed on the situation and what we needed in the group. More on him in the next article…