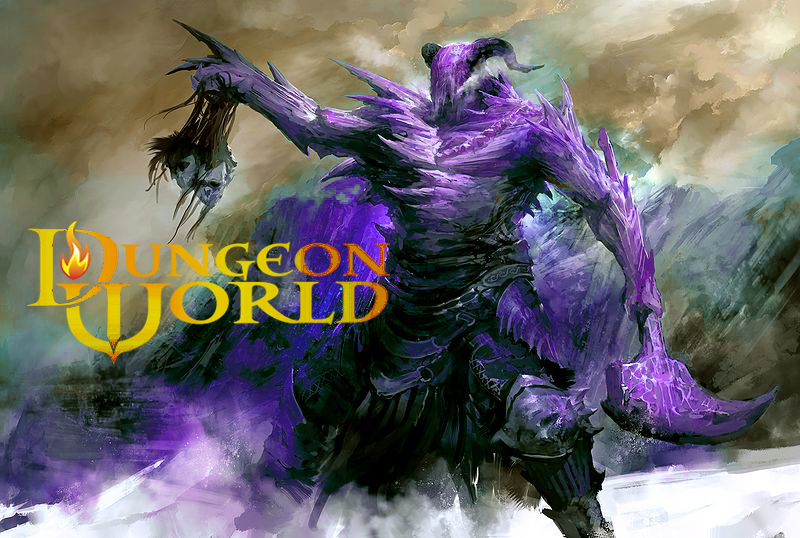 Lee as Ethan Gale, warden of the Order of Eternal Light.

Vinnie as Bryan, dead for the final time.

Josh as (Fight the) Goodfight, master of elements and chaos.

Amy, returning as Snow, a savage with a squirrel entourage.

Session Four: Vs the Spider-Minaret

Session Five: Vs a Dire Peacock

A band of heroes took down members of a cult, took part-ownership in a tavern and have found a man who exploded living crystals at them. After partying and losing the goblin bounty hunter from the party, they found their way to the quarantined, long-abandoned Gemsmith’s Quint.

The last session saw most of the group arrive at the wall. We retconned* having Snow with the group as they travelled, especially in the wake of Bryan’s death.

Holden was taking all his grief out on Ethan as they led the group to the Gemsmith’s Quint. Goodfight experimented with matches, trying to focus his magic. One in three was transformed into jam, so he was improving. Snow spent her time mainly doing reps.

We then switched scenes to Vinnie’s new character: Ali! He was a bounty hunter best friend of Bryan’s who the group rescued in the first two sessions. He was a thick-skinned barbarian. I gave him a few potential prompts for why he was travelling to the Gemsmith’s Quint. Ali had heard about the Cult of the Moon setting up a headquarters in the quint. They were the people who had kidnapped him, so he decided to look into taking them down. He found out about an illegal expedition exploring the quint in order to harvest gems from old mines. Ali’s companions were:

Storux, a dwarven explorer who was wealthy and ambitious enough to try and steal from a long-quarantined quint.

Jyms, an unkempt halfling who worshipped The Goat. Not goats in general, but a specific goat he and a few others took advice from in one of the many gutter cults of Exodus.

Yu, a gigantic ogre who had a wooden platform on his back. The group generally travelled on him during the day and shrank him down into a special bag at night. Yu seemed fine with this.

Ali’s story to them was that he was looking for the twin to the gemstone which was held in his turban. Rumour was that it was hidden in the quint somewhere.

The group bribed their way into the quint and saw the wide, abandoned streets. This was a beautiful place once. Now several buildings had been stripped apart for resources, some had been burnt down. The paving slabs were scored with deep cuts. In the distance there was a scream.

Back to the rest of the players and the present.

The group failed to bribe the guards, especially as none of them had any money. Goodfight summoned a thick fog and clambered over the wall. The others followed suit. They saw the same kind of thing that Ali had. The difference was that this time there were signs of a fight. The group tracked Ali’s explorers to the ruins of a tavern where they were hurt but safe. Yu had taken the brunt of the damage, so Holden set to healing him. Yu’s name got confusing and Jacob, a man who once had a character called “Name” decided he wouldn’t refer to Yu at all after that point.

Ali was suspicious of the new arrivals, despite recognising most of them from his rescue several sessions earlier. He and Ethan had a word in the ruined upstairs about the death of Bryan. Jyms started to explain his worship of The Goat to Snow and Morca who were both way too into the idea. Holden saw something skitter past outside and ran upstairs. Snow saw three crystal eaters outside. This was the first time any of them had seen the creatures they’d heard so much about. They were in a rough humanoid shape, but roughly carved out of purple crystal, their edges jagged and deadly.

The crystal eaters themselves were the “crystal men” in Wizard Spawned Insanities by Johnstone Metzger. He makes monsters regularly on Patreon and collects them into these great books of weird beasts and plot hooks. I loved the horrible concept of The Crystal Cult, who swallow crystals in order to transform into the beasts the group saw now. There was also a “crystal king”, but the players weren’t to know that. Not yet. 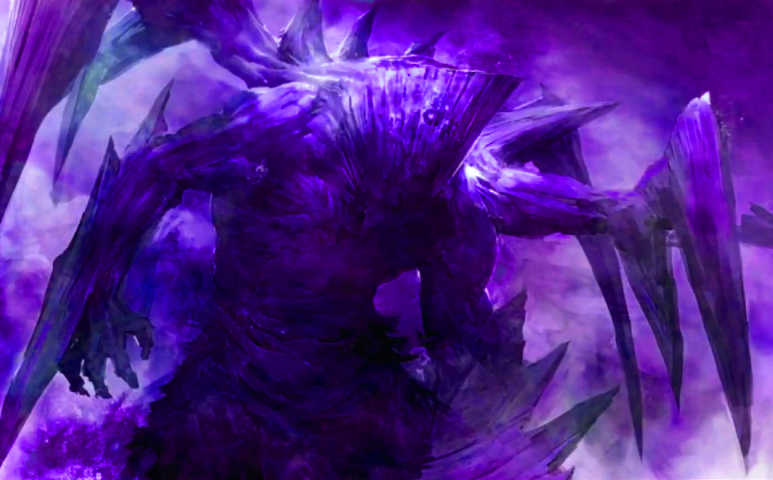 They crawled like they’d forgotten how to walk properly, but were fast. Two of them reared back, looking like they were going to jump.

Snow shouted a warning and people got ready for a fight.

Holden braced himself, using his defensive abilities. Ethan vaulted out and ran his psi-blade through the head of one crystal eater. It did… nothing. Crystal eaters were ripping through the side of the shelter, so Goodfight set his hands on fire and flung himself at them.

Two crystal eaters fused together into a giant Juggernaut-looking monstrosity and charged. Holden managed to use ‘hold person’ but it was too taxing for him to do anything else. A spell mishap was triggered by his rolling a 7-9 result and the ground gave way under him. I wasn’t trying to be dickish with this result, I drew from the baggie of spell mishaps which myself and several players have added to over the years. Goodfight in turn used his telekinesis to hold Holden in the air so he didn’t lose eye contact with the fused crystal eater, preventing its charge.

Snow jumped out of the window and attacked two of the crystal eaters, shattering one which exploded in shards, ripping through her skin. The other one had vanished, so she sent her squirrels to hunt for it. Ethan grabbed a nearby pickaxe and smashed a crystal eater into pieces. Snow vaulted back into the upstairs of the base and broke it apart with her momentum.

Ethan flung caltrops onto the ground which… reading back, I can’t remember why he did that given his enemies were made of crystals, but yeah, he did that. Then he smashed the floor around the crystal eater, giving the others time to get out.

The fused crystal eater pinned Goodfight and outside, Snow’s squirrels found the runaway crystal eater which had begun to scream in order to summon more. She attacked it, but it vaulted away. Holden had found his way out of the hole and used a thrown stone imbued with magic power to take down the screaming crystal eater. It shattered.

They had to get away soon. Goodfight cast his minimap spell and looked around. He saw a group of cultists atop a building, armed and making camp. He also saw some armed people further away.

Holden healed Snow, causing another spell mishap which had him take on the personality traits of the person he healed. As a barbarian, Snow had Herculean Appetites. She would roll 1d6+1d8 instead of 2d6 when pursuing an appetite, but if the d8 rolled higher then she would suffer some kind of problem from this pursuit. Amy picked ‘Conquest’ and ‘Fame & Glory’ for Snow’s appetites. It was decided that Holden suddenly had the same level of desire for conquest as Snow did. The pair started showing off about their actions in the fight and had to be talked down from storming into the mines full of crystal eaters right away.

The group decided they needed backup and went to where there were non-culty-looking people wandering around. They were covered in old heraldry from when the Gemsmith’s Quint wasn’t a quarantined wasteland. The guards were surprised by people who weren’t infected with the crystal blight and brought them down to see the king.

The king’s camp was a collection of buildings which had subsided and collapsed in on each other. The front was a facade bolted together and easily moved to let people in. They saw a collection of rooms where people had lived for decades, hidden from the crystal eaters. Further down into the depths they saw a throne room so filled with mess and patched up that it looked more like a nest. In the centre was a ‘throne’ hastily cobbled together. King Erasmo sat on it, both his legs and half a hand missing. The group announced themselves to him and learnt that he gained his injuries from crystal eater attacks and infection.

They discussed their plans and found out that the crystal eaters didn’t like loud noises. The group started to work on a plan of action to get a church bell. They found out that there was a Church of Alana (goddess of light and beauty) nearby. Ethan talked the king into borrowing a handful of minions in order to help securing the church bell.

I asked what everyone was doing.

Ali found a map of the area which the guards had made.

Goodfight prayed to the elemental and helped calm it down.

Holden led a service to the dead.

Ethan talked to the civilians around the camp to keep them calm.

Snow bro’d down with Holden until the effects of his spell mishap stopped and then she went off to do reps.

Ali chatted with Ethan about Bryan’s death, starting to come to terms with the loss of his best friend.

The group ended the session calmly, preparing for the final push against the crystal eaters. Meanwhile, outside, the crystal eaters started to build three towers pointing towards the centre of the district. Slaves and mutated crystal people toiled in the mines and deep underground, the crystal king watched everything.

* A retcon or ‘retroactive continuity’ is something often employed by long-form media like comics as a way of changing history to fit the present narrative. In RPGs it’s often necessary to edit in or out things like Amy being away last week and suddenly here now. To bring things full circle, I first learnt about this technique in the Marvel Super Heroes Reed Richards’ Guide to Everything

** the angry water elemental actually belonged to the previous Dungeon World campaign, set at least 1,000 years earlier.* He was turned into a rabbit and scared off. Someone added ‘an angry water elemental appears’ to the spell mishaps in the hope that he turned up for revenge on the group. Here, he wasn’t going to find the heroes who caught him, but resented being summoned anyway.

User Score
You have rated this
0 likes
RPG
Dungeon WorldRPGsession